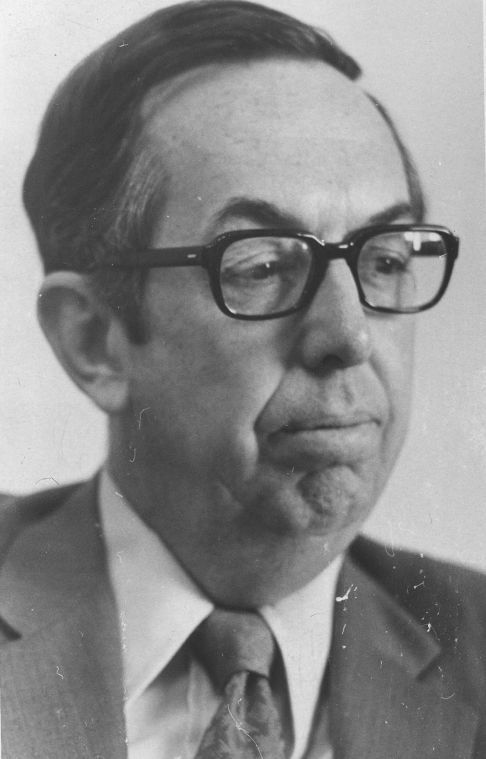 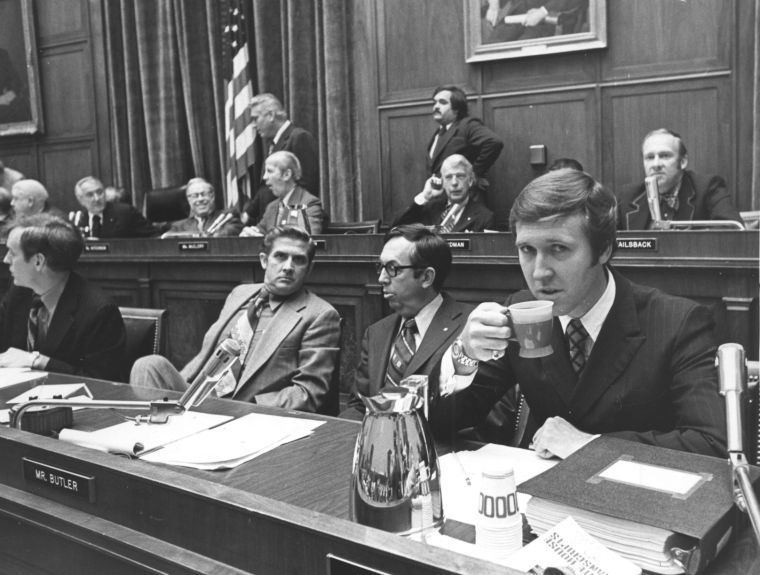 The freshman Congressman from Roanoke was allowed 15 minutes to speak on July 25, 1974 — third in line of 38 House Judiciary Committee members conducting the hearings on impeaching President Richard Nixon. At the start, the Republican spoke graciously about Nixon, whose popularity had aided his 1972 election victory, but soon M. Caldwell Butler shifted course, revealing himself as a man unwilling to toe the party line if it wasn’t the right thing to do.

Butler died Tuesday, 40 years after his stand sent a signal that Nixon was certain to face impeachment over the Watergate scandal. He was 89.

It was the historical highlight of a long career — which also included an influential stint in the Virginia House of Delegates — during which Butler became known as a sharp legal mind and admirable mentor to future leaders. He retired from Congress in 1982, bucking convention in his decision to leave Washington and return to his hometown and the practice of law.

Butler’s 1974 decision to vote for impeachment, a break from the party he and a handful of other Republicans made, cemented his place in history, while simultaneously jeopardizing his seat in Congress. But that never came up, according to Richard Cullen, a former Virginia attorney general who was then a young member of Butler’s staff.

“It was amazing how free of politics he was,” Cullen said Tuesday, recalling that Butler never sought advice on how his stance might affect his first re-election campaign, which was just months away at the time. “He acted, in my view, more like a judge than a politician in coming to the decision.”

Most Republicans had yet to say anything to criticize Nixon, but Cullen said Butler “gradually came to the conclusion that the president had abused his office,” and he said as much .

“It is a sad chapter in American history,” Butler said of Watergate during that speech, a scandal sparked by Nixon’s attempt to cover up a 1972 break-in at Democratic headquarters. “But I cannot condone what I have heard; I cannot excuse it, and I cannot and will not stand still for it.”

The Roanoke native, born in 1925, was not uncomfortable acting on his own. The first election he won saw him unseat a veteran of the House of Delegates, becoming the first Roanoke Republican to join that body since 1901. When he got to Richmond, he was part of a miniscule Republican delegation with even less power than its numbers would indicate, thanks to the remaining tactics of the Democratic “Byrd machine.” His third son, Jimmy Butler, recalled that he was appointed to legislative committees that met once every five years, for example.

Jimmy Butler said his father told him that 1961 election and his push to create a two-party system in Virginia was the “biggest thrill of his life.”

“It was fun. He enjoyed jousting with the Democrats,” Jimmy Butler said, alluding to his father’s renowned wit.

He helped build the party into a more imposing presence in Richmond by 1970, when his law partner Linwood Holton became governor. Holton praised his work building alliances, recalling Butler’s “almost unbelievable” ability to narrow his focus to the individual issues at hand. The former governor also remembered that Butler sometimes fell so deep into concentration that he momentarily blocked out the rest of the world.

“He was supposed to pick me up at the corner of Campbell Avenue and Third Street one time,” Holton said. “I was waiting for him while he got his car. Then I saw him, and he went sailing by at about 30 miles per hour, having completely forgotten to pick me up.”

He took that approach to Washington in 1972. Butler recruited a young staff with no more experience in the halls of Congress than he had. Cullen was taking a year off from law school when offered the job, and others were similarly green when they found themselves witnessing history. They eventually were the first Butler staffers to embark on careers that frequently landed them in highly regarded positions of public service.

“He inspired us in so many ways,” Cullen said. “He urged me, for example, to go back to law school. He was always encouraging his staff to improve their lot.”

A few years later, in 1977, a recent graduate of Washington & Lee’s law school packed up his things and moved to Roanoke after being hired as Butler’s new Roanoke district manager. After spending part of a day setting up shop, the young staffer walked to a nearby payphone to call the main office since the phone service hadn’t been set up yet.

He was put through to Butler, whom he hadn’t met.

“I said, ‘Hi, you’ve hired me to be your district office manager,” he said as an introduction.

“I did?” Butler responded, knowing that his office had indeed brought Bob Goodlatte on to his staff. He asked if Goodlatte, today a Congressman who holds the 6th District seat Butler then occupied, could come meet him later that day.

“Yes, that would be a good idea,” Goodlatte said.

“He had this really sharp sense of humor,” Goodlatte said Tuesday, recalling that he was set to work immediately on that day, in late August. “He had a very, very strong work ethic. When you did things right for him you could be very proud of what you did.”

Goodlatte expressed pride in the ways he has followed in Butler’s footsteps. He said his staff even uses some of the same procedures Butler implemented for responding to requests from constituents. Most visibly, they exerted a strong influence on the House Judiciary Committee, where Goodlatte now serves as chairman. He took a moment Tuesday to honor Butler during the committee’s hearing, with longtime Democratic representatives John Conyers and Zoe Lofgren also offering memories of his service.

While grooming young public servants, Butler was also focused on shaping young men in his home. He raised four sons with his wife, June. They were going through high school and college during his legislative career, witnessing a father dedicated to doing the right thing, but disinterested in advancing his name.

“He kind of held himself to a higher standard,” Jimmy Butler said. “He didn’t think about who was going to like this and who wasn’t.”

In 1982, Butler walked away from Congress.

His second son, Henry, said his decision to return to Roanoke is uncommon among retiring legislators, many of whom become lobbyists or Washington mainstays of other fields.

“Very few retire and move home,” Henry Butler said. “That demonstrated his love for the valley and his hometown. That’s where he wanted to spend the rest of his life.”

Until 1998, he worked at Woods Rogers, earning acclaim as one of the nation’s pre-eminent bankruptcy attorneys. He had contributed to writing the revamped bankruptcy law as a member of Congress. And he spent the rest of his days with June, his wife of 64 years. She died just a month ago.

A public memorial service will be held at 11 a.m. Friday, at St. John’s Episcopal Church.

Cullen: In awe of Butler's courage

Our view: Thank you, Mr. Butler

Forty years ago today, the House Judiciary Committee voted out the first of an eventual thre…

- Helped build strength of Republican Party in the General Assembly and create a true two-party system.

- Broke from the party line, along with a handful of other Republicans, and voted to impeach President Richard Nixon during the Watergate scandal.

- After retiring from Congress, he specialized in bankruptcy law at Woods Rogers.