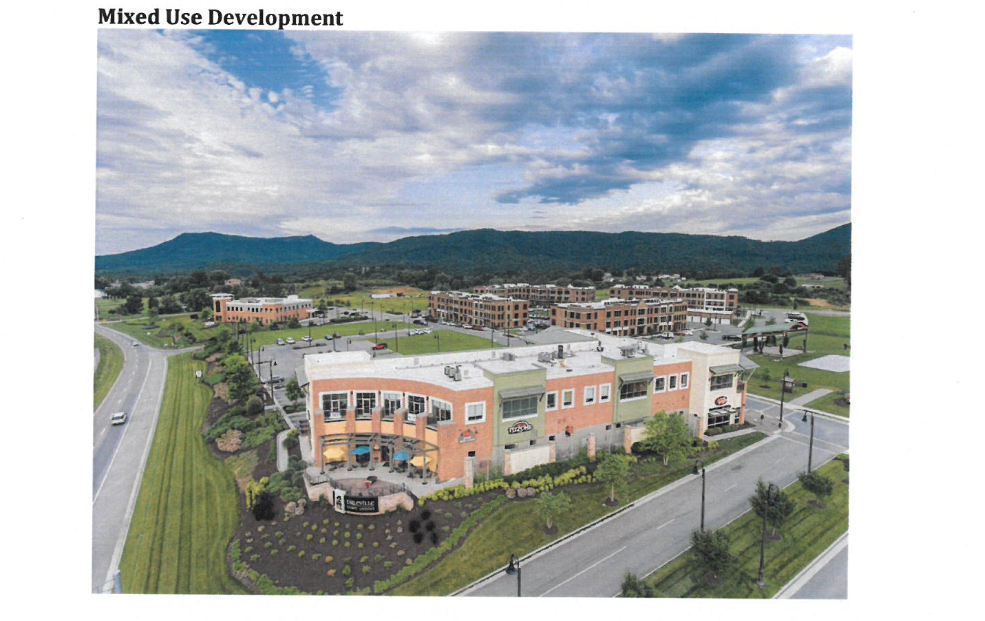 A rendering of the Stateson Homes project planned for Peppers Ferry Road. 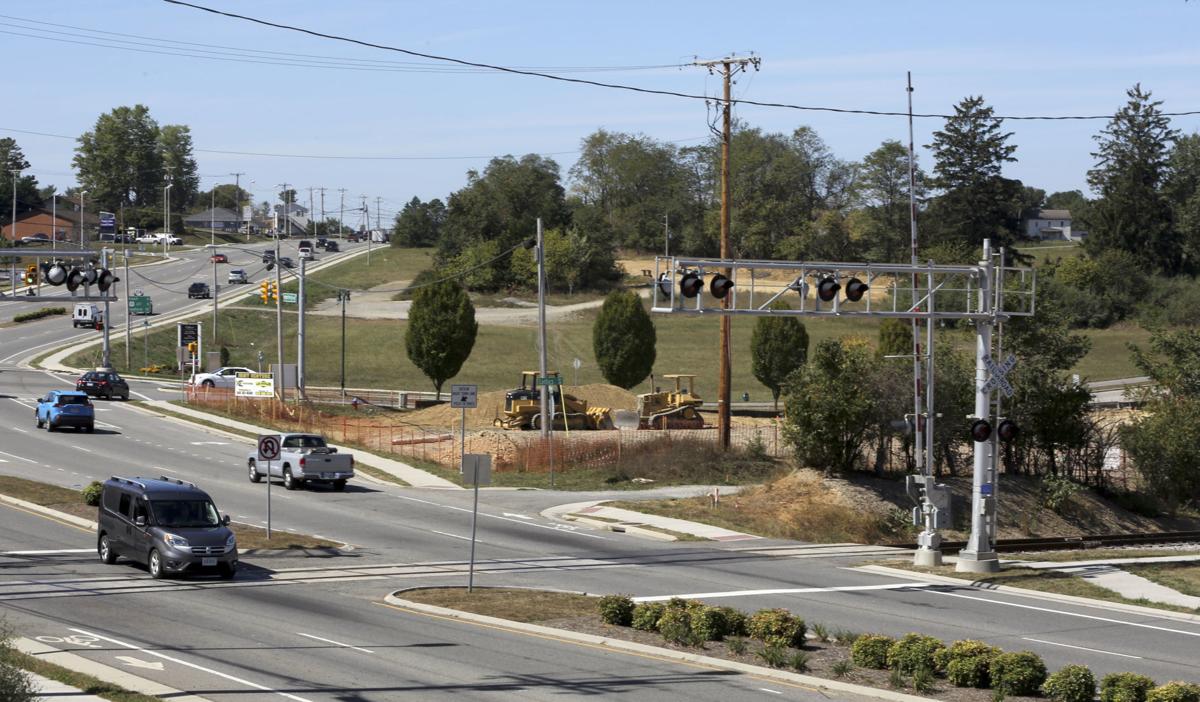 Two separate developers are proposing to build a collection of apartments, townhomes and commercial buildings on Peppers Ferry Road Northeast, including a site near the New River Valley Mall. 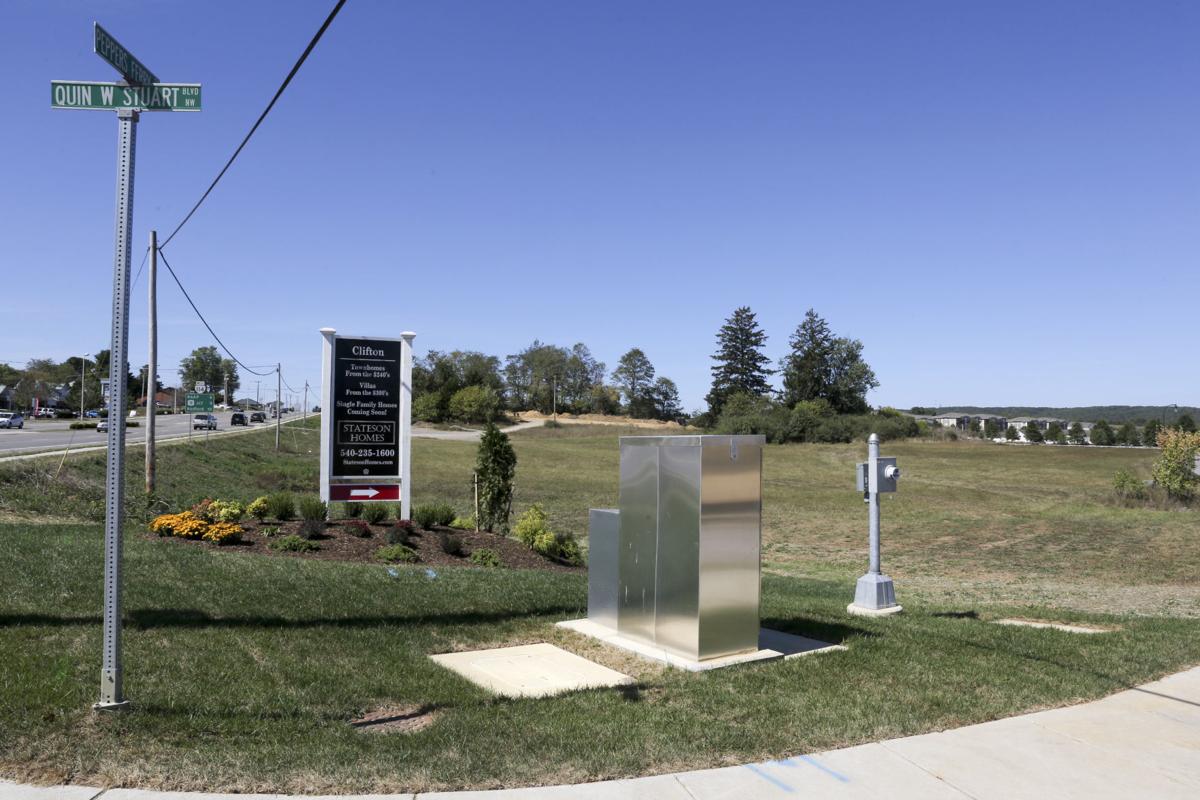 Land on Peppers Ferry Road near the Huckleberry Trail bridge could soon be the site of another substantial development.

A rendering of the Stateson Homes project planned for Peppers Ferry Road.

Two separate developers are proposing to build a collection of apartments, townhomes and commercial buildings on Peppers Ferry Road Northeast, including a site near the New River Valley Mall.

Land on Peppers Ferry Road near the Huckleberry Trail bridge could soon be the site of another substantial development.

CHRISTIANSBURG — Two separate developers are proposing to bring a collection of apartments, townhomes and commercial buildings to the rapidly growing part of town that is served by Peppers Ferry Road.

Blacksburg-based Stateson Homes is seeking a rezoning for tentative plans to build townhomes, apartments, a shopping center, office space and a hotel on approximately 28 acres of land at 495 Peppers Ferry Road Northeast — across the road from where Christiansburg officials hope to soon build a multi-purpose park behind the Walmart store.

The rezoning request, which is for a project called the Clifton Town Center, asks to move the land from a limited to general business district, a zone typically used for retail and shopping centers.

Then, for a 9.1-acre property northeast of the Peppers Ferry and New Village Drive intersection, Roanoke-based Magnolia Point Community LLC is proposing to build a development comprised of 14 townhomes and 132 apartment units spread across seven buildings.

Magnolia is asking Christiansburg to rezone its project property from an agricultural to a multi-family residential district.

Stateson and Magnolia are also each seeking conditional use permits from the town due to the desire to have more flexibility with their respective projects.

“I think the commercial space is excellent. I think it’s great,” said Councilman Harry Collins, who serves on the planning commission. “It will help bring more revenue to the town … The [Route] 114 area is prime for commercial development.”

The two development proposals come as the town is making some progress on long-held plans to turn about 60 acres of old farm land south of Peppers Ferry into a park that in its first phase would feature several multi-purpose fields, walking trails, dog parks and a playground with adult fitness fixtures.

Town officials, who currently estimate that the first phase will cost about $16 million, hope to approve the park’s design in the spring and begin construction next summer.

Ultimately, the town plans to add more amenities such as a splash pad and some courts to the park, but officials have yet to set a timeline for the project’s final phase.

The town is also awaiting the redevelopment of the Christiansburg Marketplace, a shopping center off the corner of Peppers Ferry and North Franklin Street that was once home to Walmart but has been mostly vacant for the past several years.

A firm called Bromont Investments is in the midst of revamping the shopping center and expects to bring a natural food grocer to the retail site, among other key and new tenants.

Some council members previously said that they hope the redevelopment of the Marketplace generates new tax revenue that could be used to help pay for the park.

They have also voiced hope that the multiple upcoming developments complement each other and help fuel the growth in that part of Christiansburg.

Stateson is seeking a conditional use permit for its project due to the fact that it’s proposing a planned commercial development, a designation that aims to provide more flexibility in the development of sizeable commercial parcels in Christiansburg.

The flexibility Stateson is seeking concerns the placement of certain structures, including the hotel, and the final shape and size of the office buildings, according to plans.

Stateson is also considering morphing the outdoor spaces over time to allow for additional outdoor sales areas or restaurant seating.

Magnolia is seeking a permit due, in part, to the fact the residential district it plans to build in limits density to 10 units per acre. The company’s project is slated to have a density of up to 17 units per acre.

Executives with Magnolia and Stateson couldn’t be reached for comment.

A few other town council members also couldn’t be reached for comment.