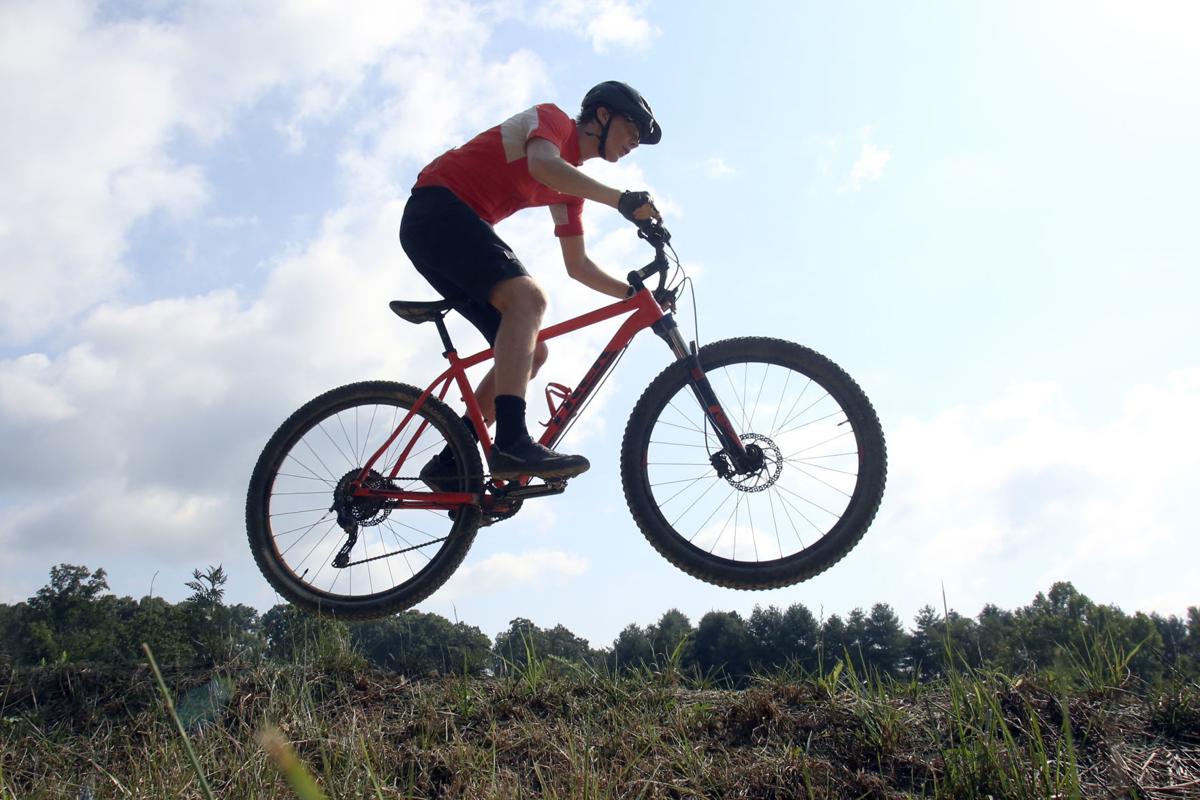 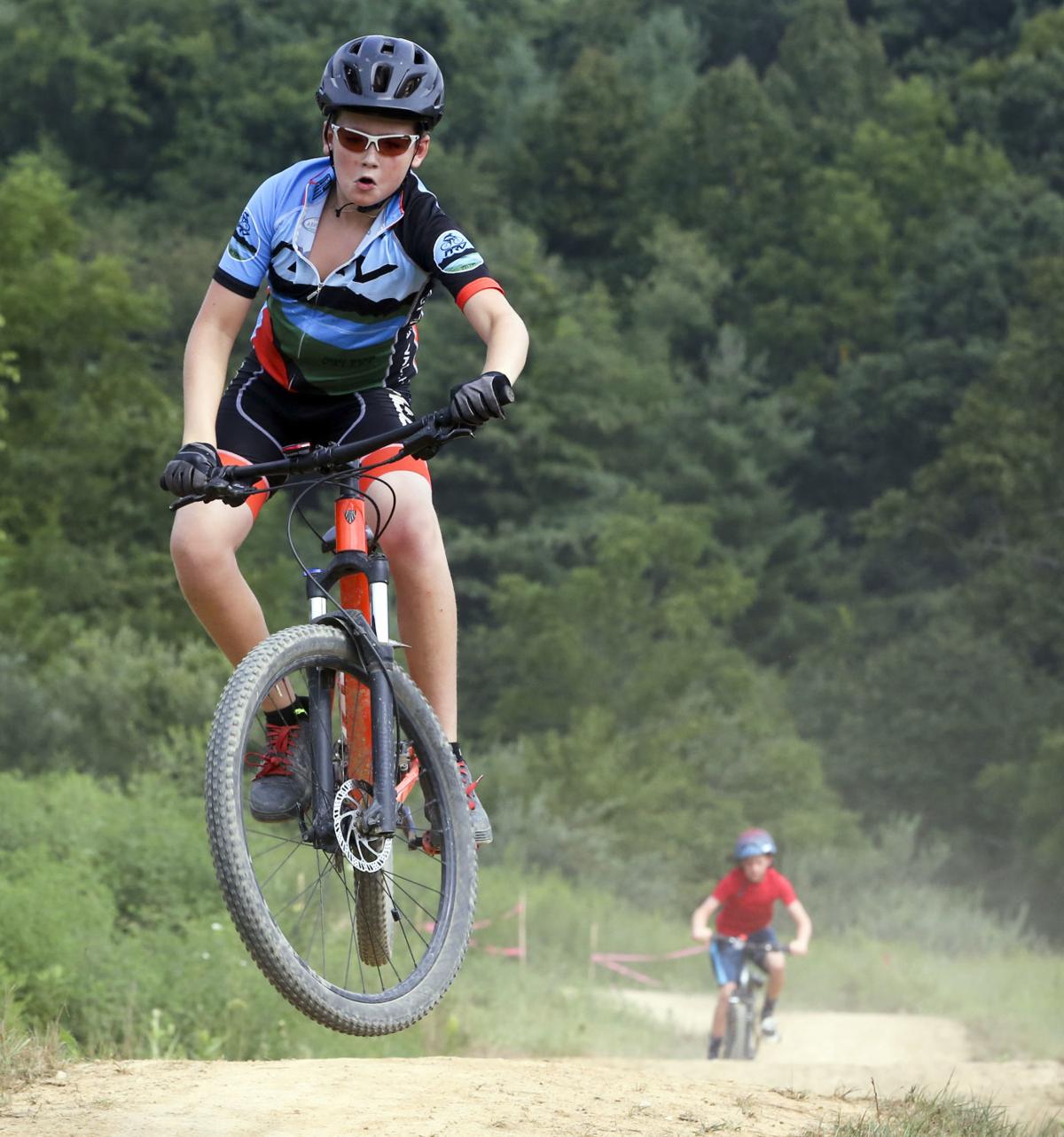 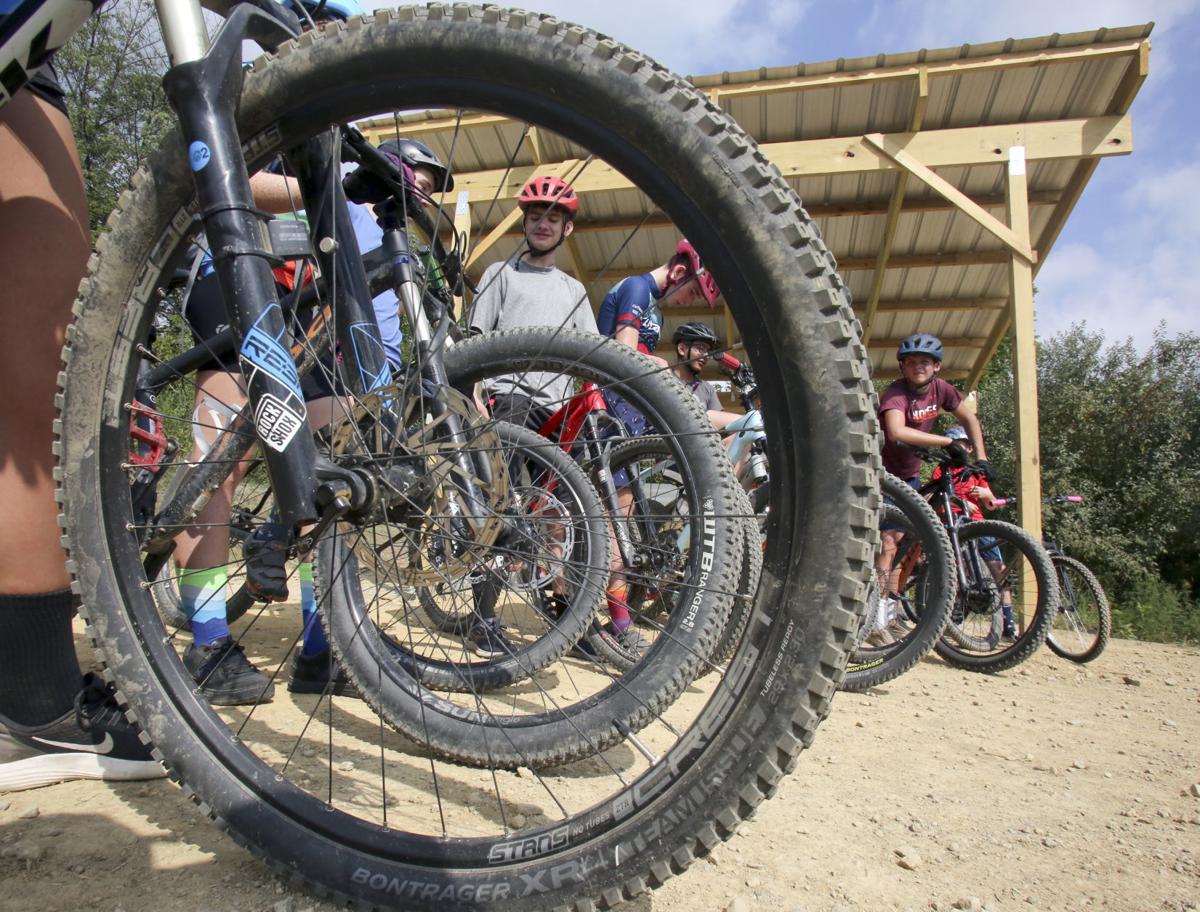 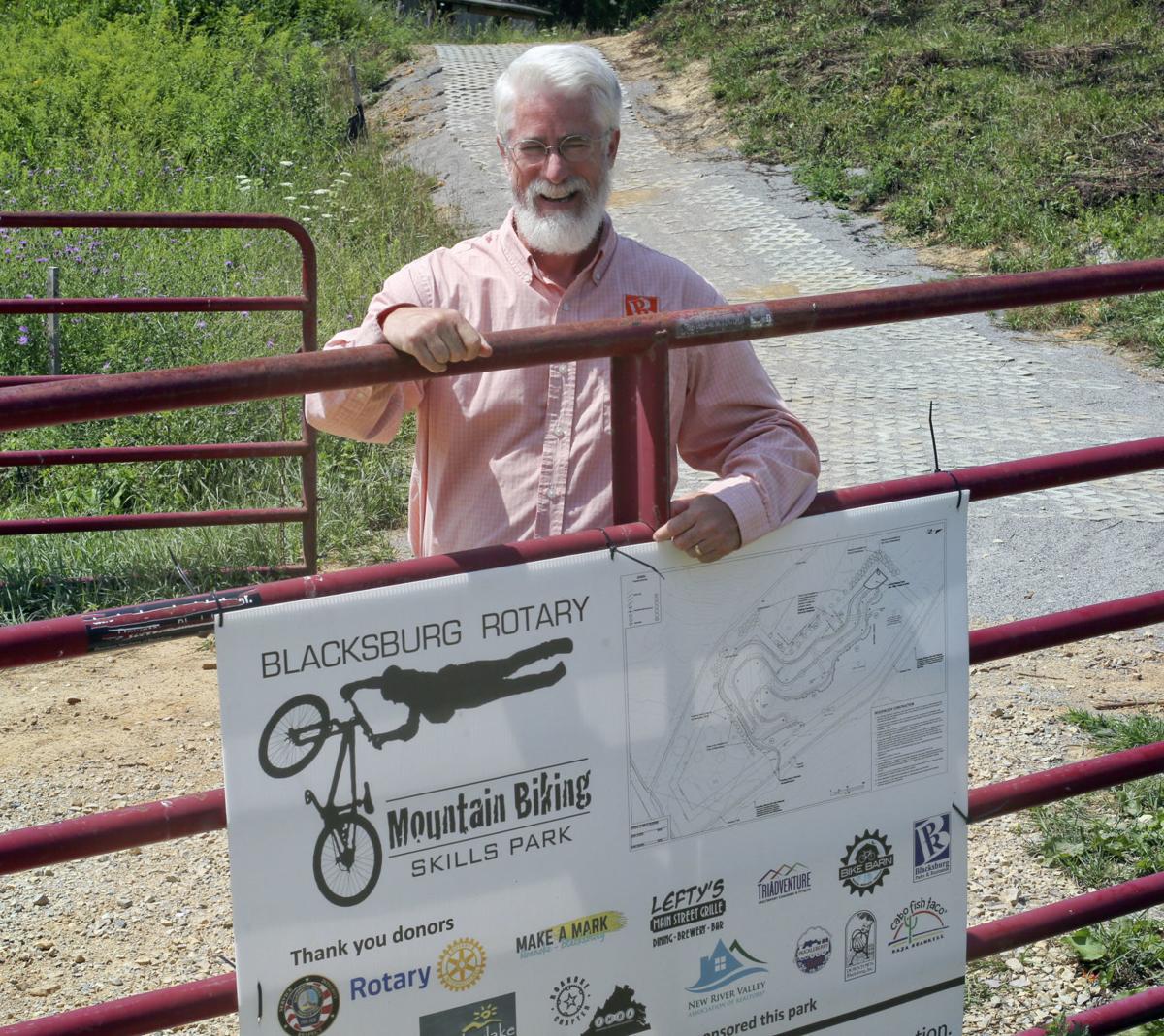 Blacksburg Parks and Recreation Director Dean Crane was at the new Blacksburg Rotary Mountain Bike Park Friday as it begins to host cyclists. The park is located off Meadowbrook Drive, just north of Heritage Park.

Blacksburg Parks and Recreation Director Dean Crane was at the new Blacksburg Rotary Mountain Bike Park Friday as it begins to host cyclists. The park is located off Meadowbrook Drive, just north of Heritage Park.

BLACKSBURG — Cyclists interested in mountain biking but still leery about the tough discipline can now go to 4 acres of land at the foot of Brush Mountain to get a taste of what it’s like to ride on craggy terrain.

The town of Blacksburg and the local biking community recently celebrated the opening of the Blacksburg Rotary Mountain Bike Park, a network of dirt trails located off Meadowbrook Drive, just north of Heritage Park.

The property was previously subjected to some minor trail work, but the town in 2015 began plans to convert it.

“All of the sudden you’ve got this really cool playground that you can come to with friends and family,” Blacksburg Parks and Recreation Director Dean Crane said.

The town paid for the rest of the project and also decided to run a water line out to the park so that the trails can be occasionally rinsed. The water, Crane said, prevents the trails from drying up and causing significant amounts of dust.

The private funding for the park came from a variety of sources.

Some local businesses donated a small percentage of their proceeds from certain sales, Crane said. The downtown Blacksburg restaurant Cabo Fish Taco donated proceeds from a film festival it sponsored to the park project, he said.

Other private funds came from crowdfunding and sales of T-shirts with the park’s logo — a silhouette of a rider hanging on to a bike by just the handlebars.

The single largest donation, however, came from the Rotary Club of Blacksburg, which provided $10,000 for the naming rights.

The parks is comprised of three different trails: A climbing trail, a beginner trail and an intermediate trail.

The climbing trail is 980 feet long; the beginner one is 710 feet; and the intermediate is 692 feet.

A table top, for example, is a steep bump that — as the name suggests — is flat at the top. Berms are turning corners that allow a rider to go faster the higher they go on the berm itself. Rollers are groups of closely arranged bumps.

Crane said there are also plans to add another roughly 1,000-foot trail on some grassy land to the left of a newly built shelter at the park. About $1,400 has been raised so far for that eventual addition, he said.

The park also connects to the Gateway Trail, which leads to Brush Mountain. Another 35-mile network of trails exist on the mountain.

“It’s a great use for a piece of property that wasn’t recreational,” he said. “We’d like to add amenities over time.”

Chris Betz, owner of the Blackburg-based East Coasters Bike Shop, said the park fills another void and complements other long-existing recreational amenities such as the popular Huckleberry Trail.

“Blacksburg is really good for that type of recreation,” he said. “It’s a very inviting community for that.”

“It’s been a long time coming,” he said. “As a rider and business person, I recognize the barrier of entry to mountain biking was pretty high here.”

Even some of the beginner trails in the Jefferson National Forest aren’t exactly easy for cyclists with no mountain biking experience, Betz said.

“I think it’s pretty awesome. It’s really cool they made it happen. Everyone seems to enjoy it. There’s a lot of traffic out there,” Scott Owens, president of the New River Valley Bicycle Association, said.

“It basically provides a place for local youth mountain biking teams … It provides a good transition point for the Gateway trail, which goes to Pandapas Pond, but also for potential future projects.”

Owens is also one of the founders of the Poverty Creek Trail Coalition, which he said will be maintaining the new park.