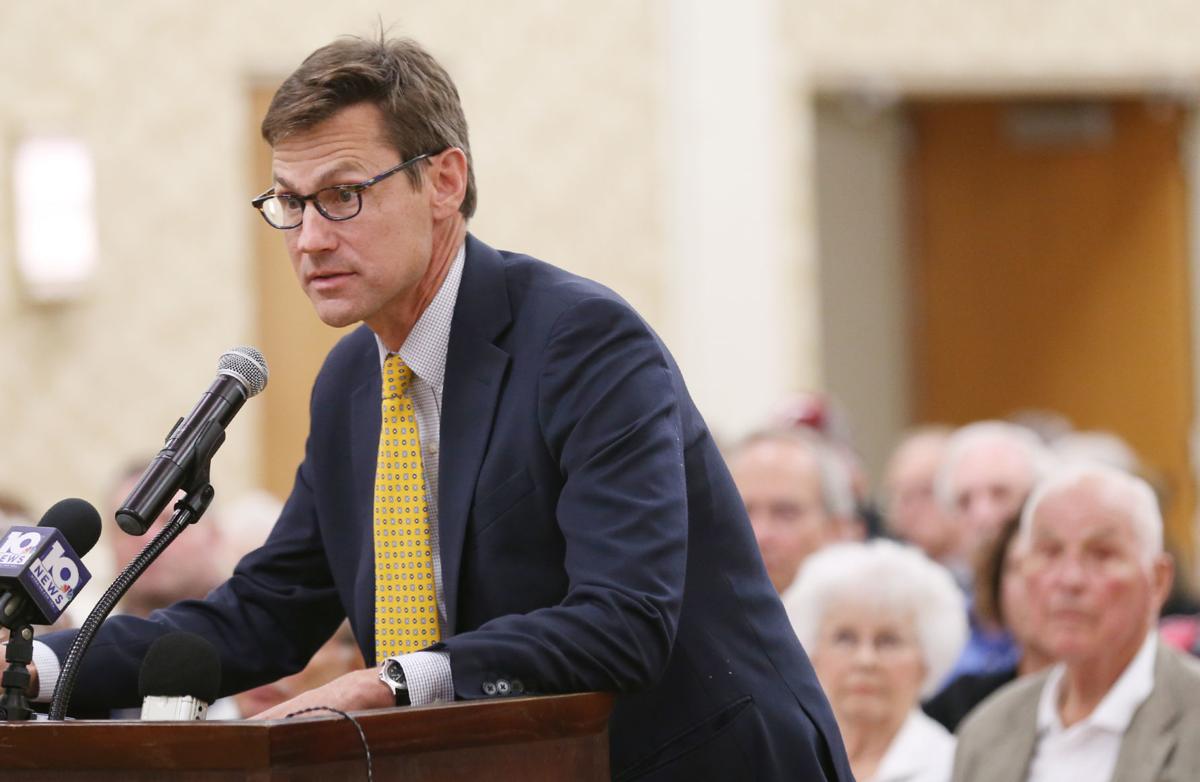 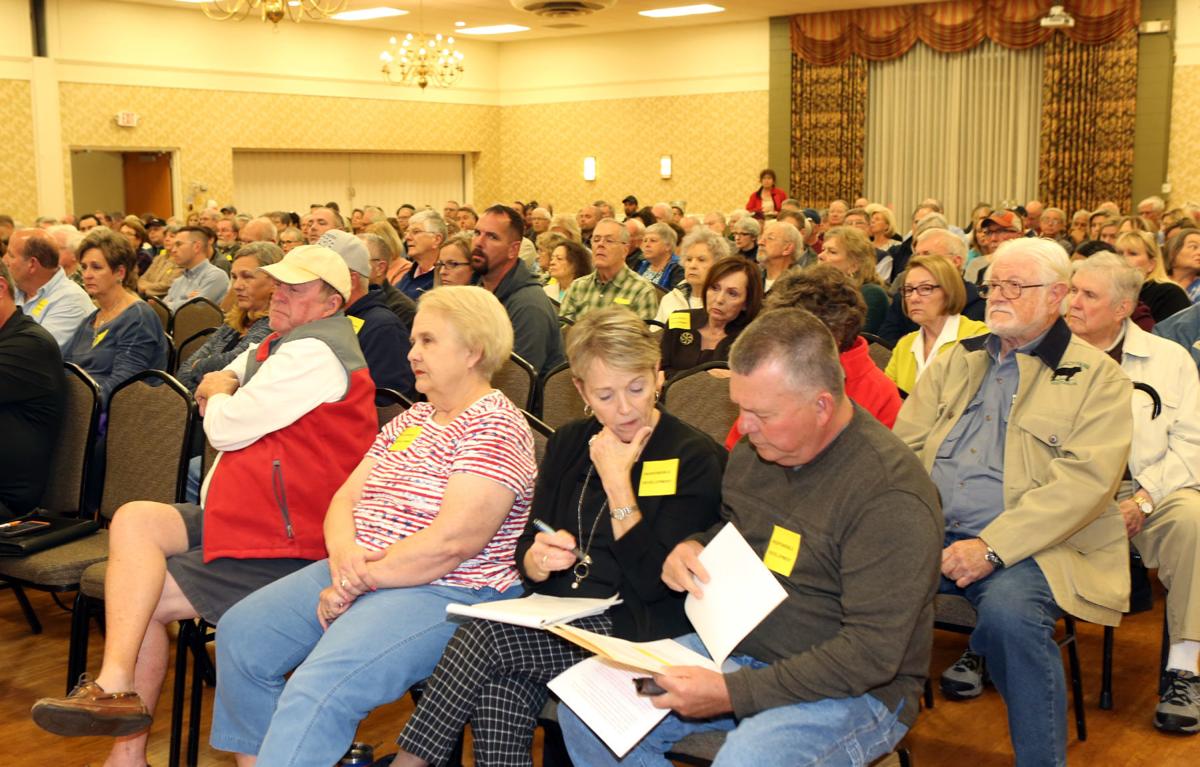 Mike and Cathy Fisher (front right) consult during a public hearing held on Wednesday at the Salem Civic Center about a proposal to build 139 new homes in south Salem.

Mike and Cathy Fisher (front right) consult during a public hearing held on Wednesday at the Salem Civic Center about a proposal to build 139 new homes in south Salem.

A proposal to bring 139 new homes to a swath of land in south Salem narrowly earned the support of the city planning commission Wednesday.

The commissioners voted 3-2 to recommend approval of a rezoning for the development plans submitted by R. Fralin Companies Inc.

That local builder has a contract on nearly 67 acres of land off Upland Drive commonly referred to as Simms Farm.

Their proposal has been generating considerable attention as surrounding homeowners questioned how a development of that size would affect traffic conditions, stormwater flooding and other points they said were already strained.

The company, in turn, said it’s striving to be responsive to the neighborhood. In the leadup to Wednesday night’s review, representatives said, they hosted three community meetings and went through multiple rounds of revisions.

The most recent amendments brought the project to 139 homes, down from 150, and eliminated a cluster of attached housing. Setbacks and buffers were amended to incorporate requests, officials said, and restrictions on construction activity and architectural styles were added.

The planning commission reached its recommendation at the end of a three-hour meeting that was attended by around 250 residents.

During a public hearing, more than 30 people spoke, nearly all voicing concerns about traffic congestion and safety along narrower roadways, runoff management, density, and other issues.

“I’m not opposed to responsible development,” said neighbor Jim Soderberg, echoing a phrase that many in attendance wore on bright stickers attached to their shirts.

But, Soderberg wondered, would it be responsible to greenlight a new development without first fixing existing infrastructure issues in the area?

“Wouldn’t it be a good idea to fix the problems with the roads that are going to be used to access this before we build it?” he said to applause from the audience. “Let’s do that ahead of time.”

The site’s stormwater runoff would be captured in compliance with modern-day standards, representatives said.

The team stressed that it was local and cared about delivering a good result for the community.

“We really believe we have fully addressed the concerns and this is the very best use of the property,” Fralin said.

The project, as proposed, calls for a mix of single-family homes and smaller, one-level patio homes designed with older homebuyers in mind.

The planning commission’s recommendation now advances to the City Council for a final decision. In order to move forward, the project would need a rezoning and a land-use permit.

The City Council is slated to take up the matter and convene another public hearing on Oct. 28.

A public hearing on a proposal to build a 150-home development in Salem is being reset for October.

Proposal for 150-home development scheduled for public hearing in Salem

The Salem City Council late Monday night voted to postpone a vote on a controversial residential development after a contentious public hearing.

A vote to determine the fate of a proposed residential development in Salem has been delayed until January .

The Salem City Council gave its final approval Monday to the redevelopment of the Simms Farm property into a 139-home neighborhood.