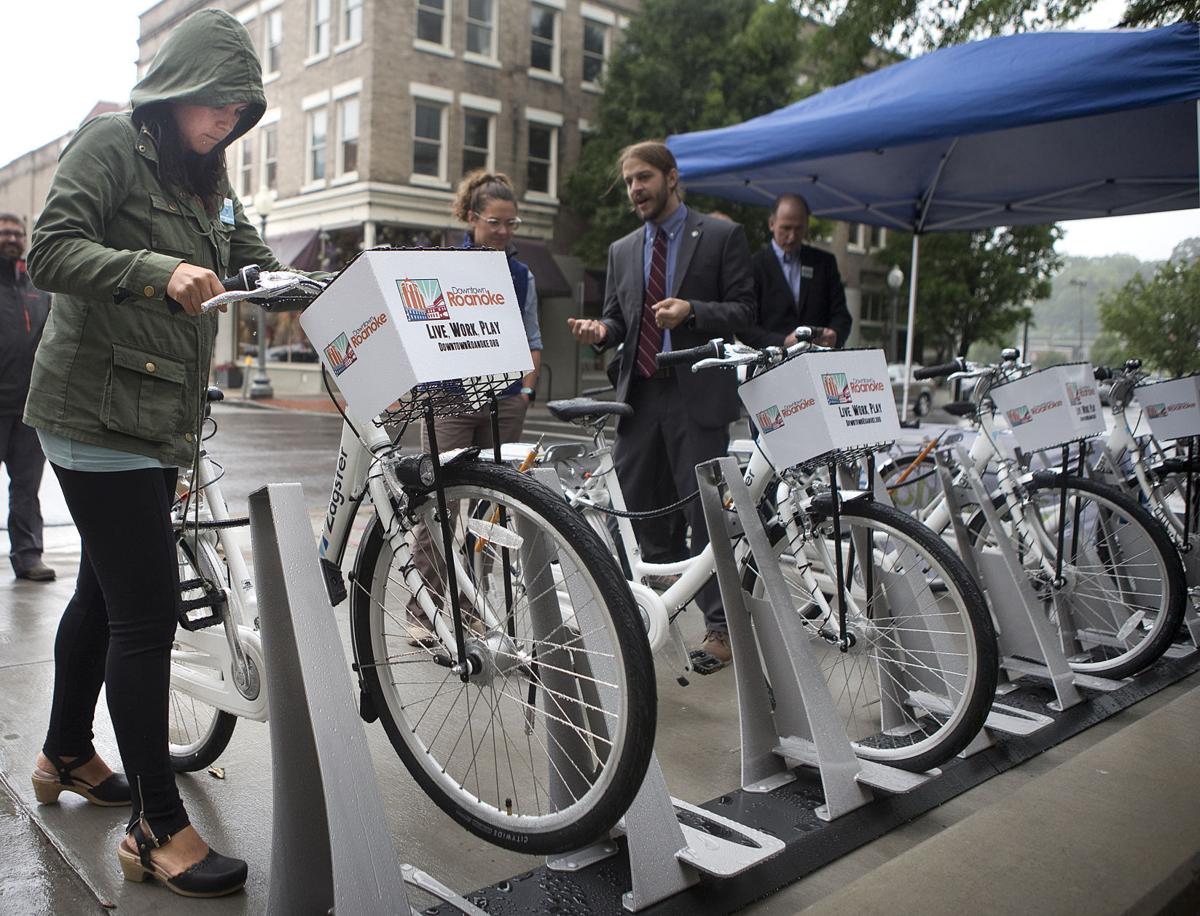 Andrea Garland releases one of the Zagster bikes parked on Church Avenue at the intersection with Market Street after using the app on her cellphone. The program had sold 728 memberships as of Monday. 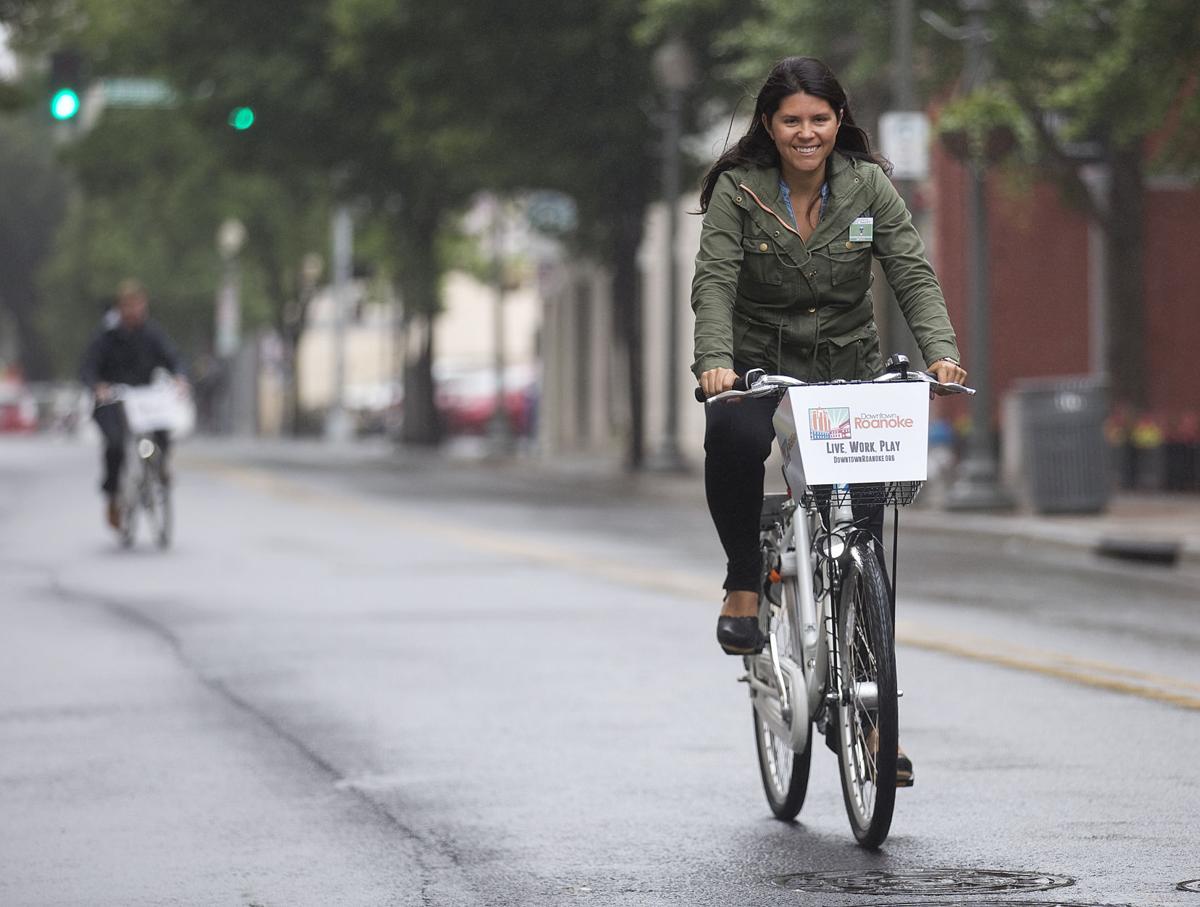 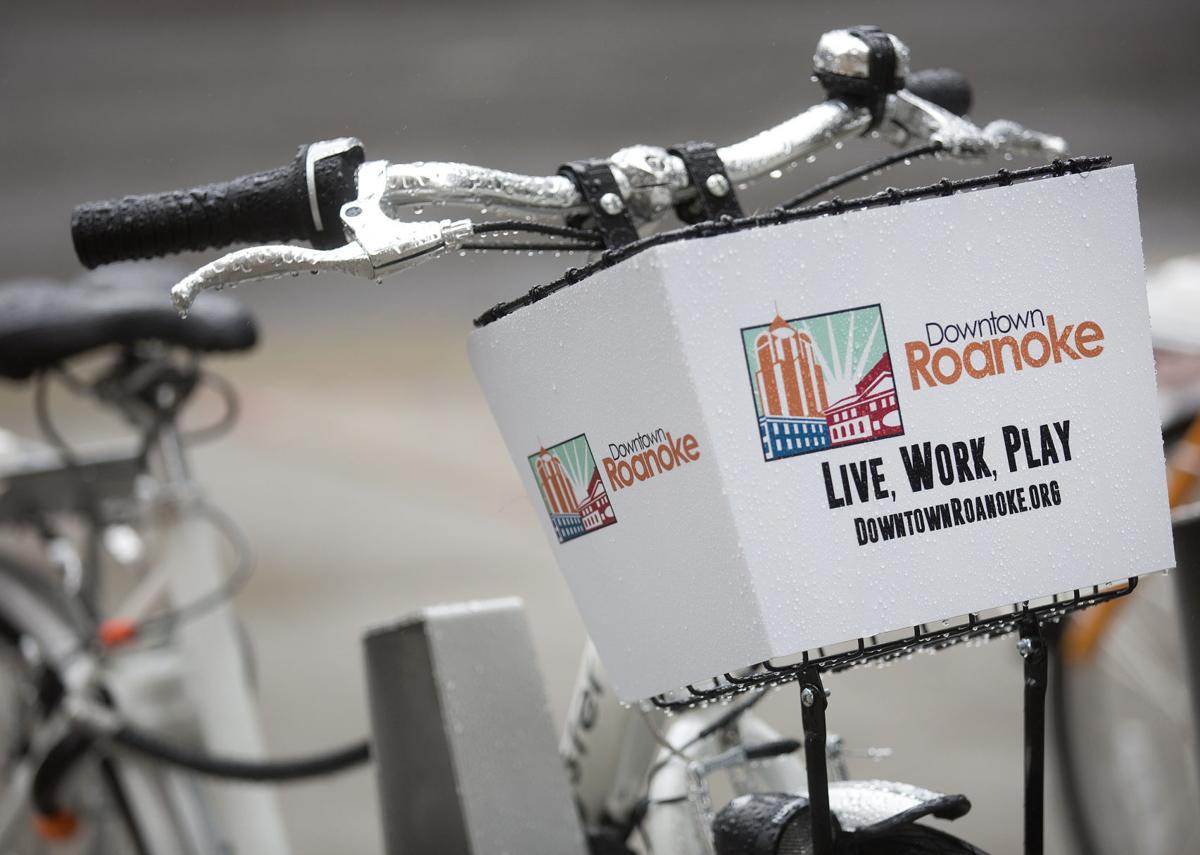 Ten Zagster bike stations are now scattered around Roanoke, each with five bikes available for rent.

Andrea Garland releases one of the Zagster bikes parked on Church Avenue at the intersection with Market Street after using the app on her cellphone. The program had sold 728 memberships as of Monday.

Ten Zagster bike stations are now scattered around Roanoke, each with five bikes available for rent.

While the rain Wednesday morning did not make for nice biking weather, it didn’t deter some from hopping on one of Roanoke’s new bikes for a spin around downtown.

Bike stations complete with brand-new bikes appeared in different spots across the city by Wednesday morning as part of the city’s new bike share program, which officially launched at 8 a.m. There weren’t a lot of riders in the first few hours, likely due to the weather, which moved the announcement indoors. But there were already some annual membership sign-ups before lunchtime.

Ten bike stations are now scattered around the city, each with five bikes available for rent. RIDE Solutions, a local transportation agency, recruited Massachusetts-based startup Zagster to implement the program. While most bike share programs are in large cities, Zagster specializes in bringing them to mid-size cities, building the bikes and then contracting with area businesses for upkeep to help keeps prices low.

People who want to use a bike must download the Zagster mobile app. Bike rental costs $3 an hour, with an option to buy a $40 annual membership that allows riders to take out a bike for up to an hour daily whenever they choose for no extra charge. If the bike is out for more than an hour, the rider is charged $3 an hour, with a $30 cap.

The bikes are designed for casual use, with wide seats and baskets. A flexible lock attached to each bike allows riders to park anywhere. Helmets are not included.

It took about six months for Ride Solutions to bring the bike share to Roanoke, but having a city-wide biking system had been in the works for years as the city continued to promote itself as a place for outdoors enthusiasts. City officials struggled to find an affordable way to make a bike share program work. Ride Solutions director Jeremy Holmes said Zagster, which is in more than 130 cities, was the perfect fit. A survey conducted earlier this year found broad support for a bike share program. A survey also was used to determine the prices.

City Councilman David Trinkle, who spoke at the bike share launch, said representatives from the city’s neighborhoods have asked for better ways to connect with each other, and this is one more step in doing that.

Holmes said $81,000 was raised to get the program off the ground, with $9,000 coming from Ride Solutions. The rest was from private sponsorships. Carilion Clinic was the biggest sponsor, funding two bike stations. Support also came from several downtown property owners and organizations. John Garland and Aaron Garland, who own Garland Properties, and Bill Chapman, the developer of West Station Lofts and several other downtown buildings, sponsored stations for their tenants.

Most of the bike stations are downtown to cater to its estimated 2,000 residents. This includes locations next to the Hampton Inn & Suites, the Martin Luther King Jr. Memorial Bridge near the future Amtrak platform, and Big Lick Brewing Co.’s new building on Salem Avenue. There are also stations in Grandin Village, Fallon Park, and the Wasena, Old Southwest and West End neighborhoods.

“Clearly there is a strong interest in bike sharing in our community, so we are thrilled to partner with Zagster to serve that demand,” Holmes said. “This bike share program simultaneously advances Roanoke’s commitments to economic development and environmental stewardship, all while providing the entire community with an active and enjoyable way to get around.”