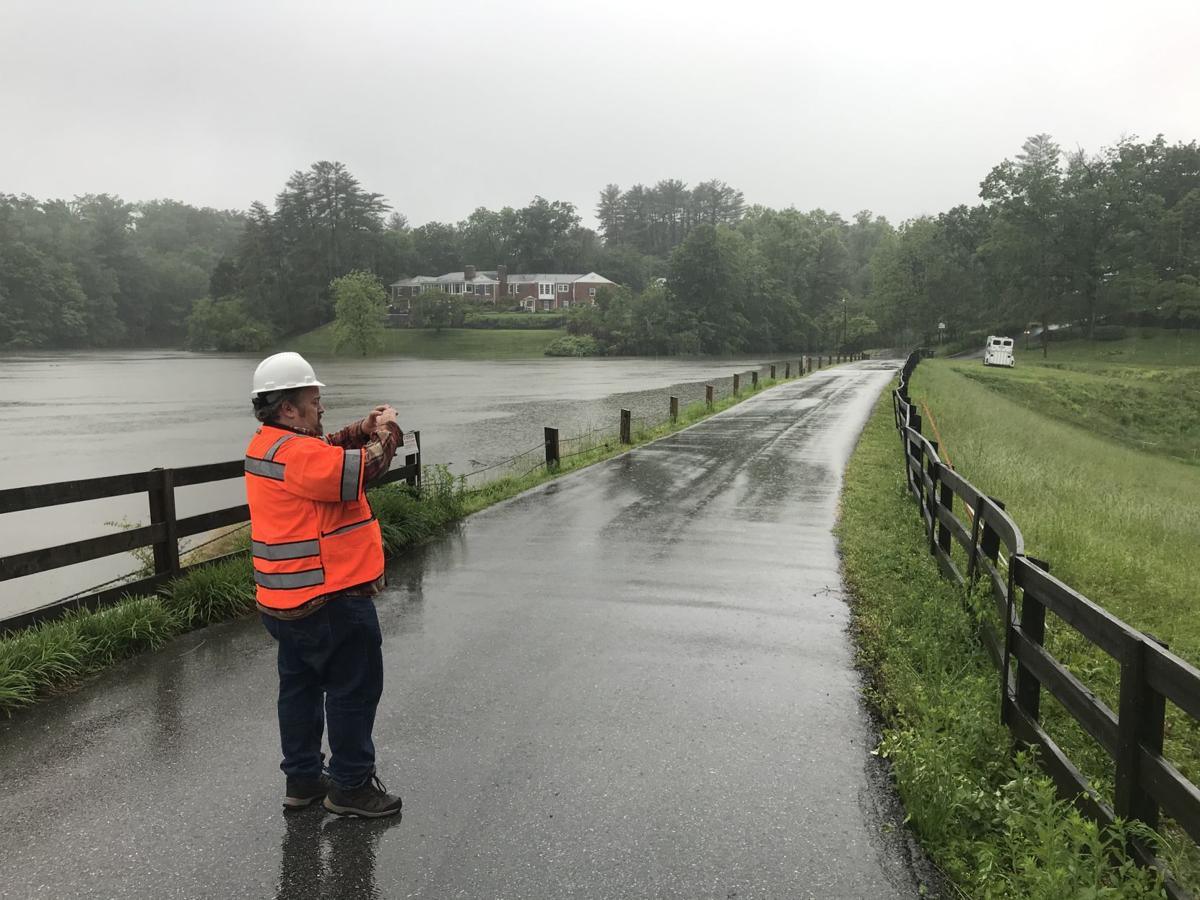 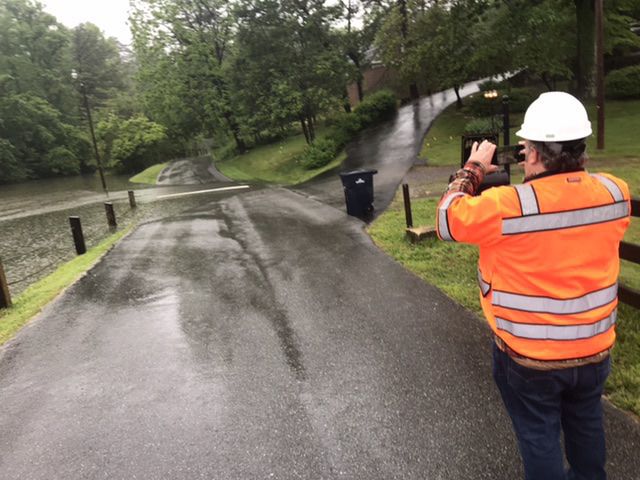 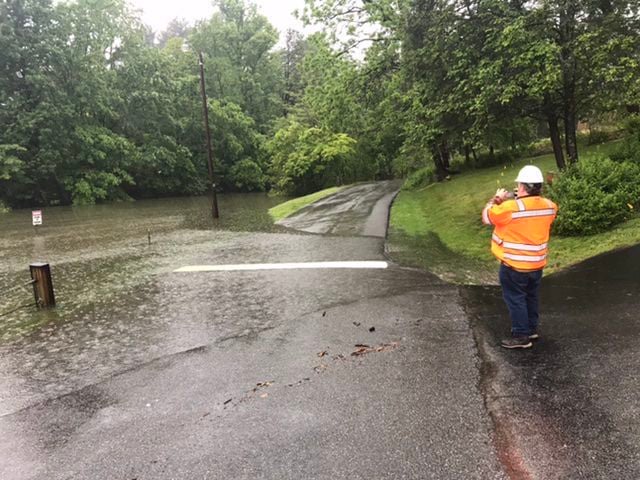 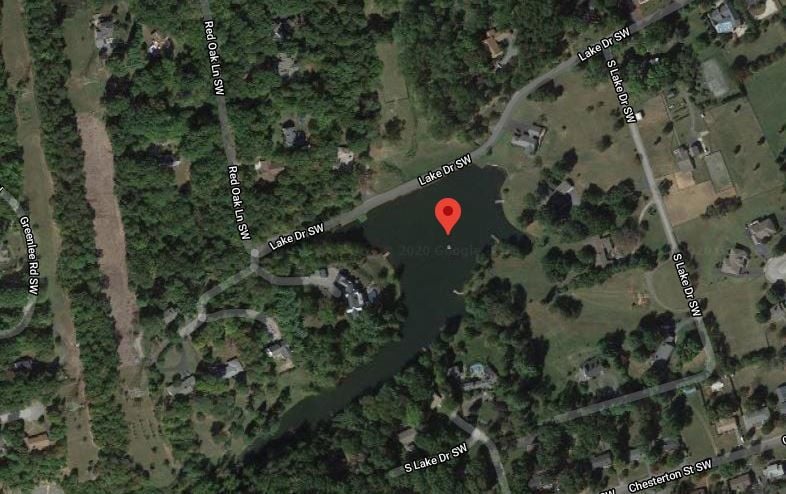 Residents of a southwest Roanoke neighborhood were told to leave their homes in the middle of the night because of the potential failure of an earthen dam early Thursday.

However, upon further inspection in daytime hours, the dam that holds back Spring Valley Lake in the Greater Deyerle neighborhood appeared to be in good shape, safety officials said.

People who lived in 13 houses downstream from the lake were notified by telephone calls from the city’s Reverse E-911 system and by Roanoke Fire-EMS personnel going door to door around 1:15 a.m. Thursday. Residents along the 4000 block of Cravens Creek Road, the 4000 block of Lake Drive, the 1400 block of Deyerle Road and the 4000-4100 blocks of Brandon Avenue were told to evacuate as heavy rains fell.

The evacuations were made out of “an abundance of caution,” said Trevor Shannon, Battalion Chief of Emergency Management for Roanoke’s Fire-EMS Department.

Shannon said that “the threat of failure was never imminent,” but that the city followed a specific emergency plan crafted by the lake’s owners.

Spring Valley Lake and the dam are privately owned by approximately a dozen residents who live along the water’s edge. The owners have an emergency flooding plan that they coordinate with city and state emergency officials.

The three-part emergency plan calls for occasional monitoring, then notification to Roanoke Fire-EMS and, finally, contact with state authorities. Local officials, working with the residents’ plan, made the call to evacuate people downstream from the lake about 1:15 a.m. Thursday.

“Once it got to level three, that’s when we notified the Virginia Department of Emergency Management and went ahead with the evacuation orders,” Shannon said during a video news conference.

A Thursday inspection of the dam by an engineer revealed that the dam’s pipes and valves were working as designed and that the dam appeared structurally sound.

“The dam engineer was there sometime before noon and put his eyes on it and he was very comfortable with how the dam was flowing and how the outlets were maintaining the flow of water,” Shannon said.

The fact that the dam held up wasn’t a surprise to Neal Wall, who has owned part of the lake property for 25 years.

“The dam performed as designed,” said Wall, who added that the dam has a series of valves and overflow areas that funnel the water into a creek in order to protect the dam from erosion.

Wall said that this was the first time that people had been evacuated in his 25 years of living along Spring Valley Lake.

“It’s never happened before,” said Wall, who lives on a knoll just above the lake with his wife, Jo Ann. He agreed with Shannon’s assessment that the evacuations were made “out of an abundance of caution.”

Lakeside docks had disappeared under several feet of additional water, with tops of railings peaking above the surface. The top of a pier in the middle of the lake barely poked above the water.

Spring Valley Lake was constructed around 1950 by builder Robert T. Main in what was then Roanoke County. Main also built a nearly 5,000-square-foot house that he lived in with a view of the water.

“The fact of the matter is that he was a bridge builder who overbuilt everything,” Wall said. “The dam is built to last that same way it has for 70 years.”

Spring Valley Lake is one of about a half-dozen small, creek-fed lakes that were constructed in the Greater Deyerle neighborhood, wedged between Brandon Avenue and Electric Road.

Even though he downplayed the threat of the dam’s failure, Shannon urged residents who had evacuated to stay away from their homes for the time being. Most of the evacuees had found shelter with family or friends, he said.

“We’re still at level three [of the emergency plan], so the dam is in danger of failure,” Shannon said. “We encourage people to stay put if they’re able to.”

Ron Cronise lives up the hill from the lake, out of the risk zone. He said that in 35 years of living near Spring Valley Lake, he has seen worse flooding, especially during the catastrophic Roanoke flood of 1985.

“I’ve seen this many times,” he said as he surveyed the high water level, a Virginia Tech umbrella covering him from the steady rain. “In ’85, I’m pretty sure it was more intense.”

Photos: Flooding around the Roanoke Valley

Continuous rainfall resulted in flooding around the Roanoke Valley and southwest Virginia on Thursday.

What in the world does 'nearly 13 homes' mean? Is that 12? Why not just say the number?

I owuld guess the "nearly" was in there when they didn't ave a solid count, and then an editor failed to remove it when they did get a specific count.