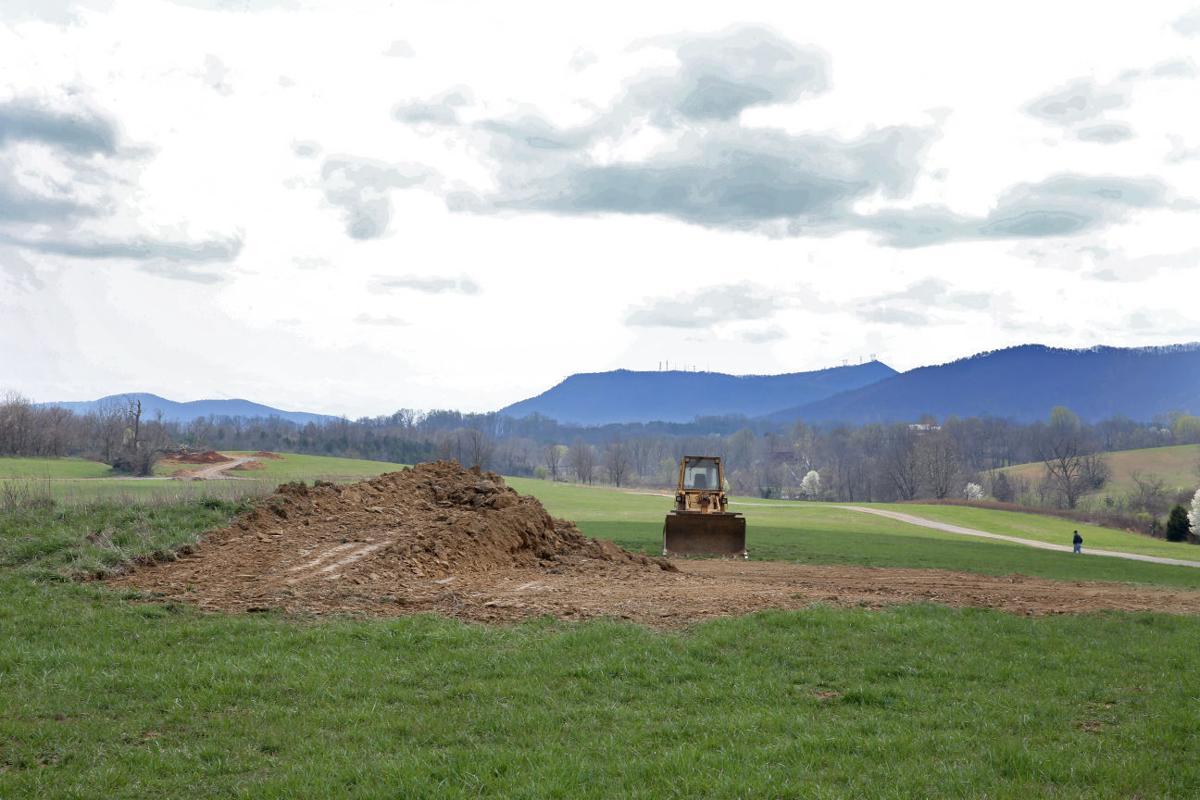 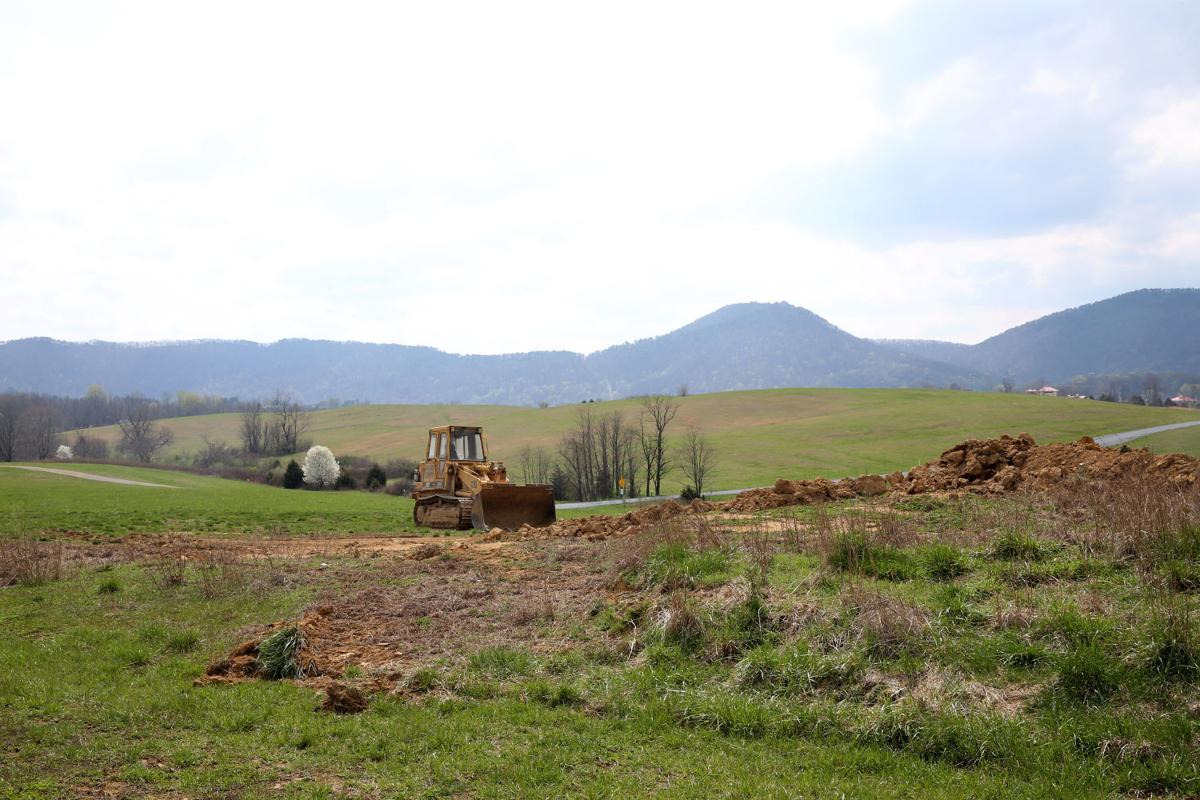 Less than two weeks after Eldor Corp. announced that it will build an automotive parts production plant in Botetourt County, grading has begun on the site at the Greenfield industrial park. 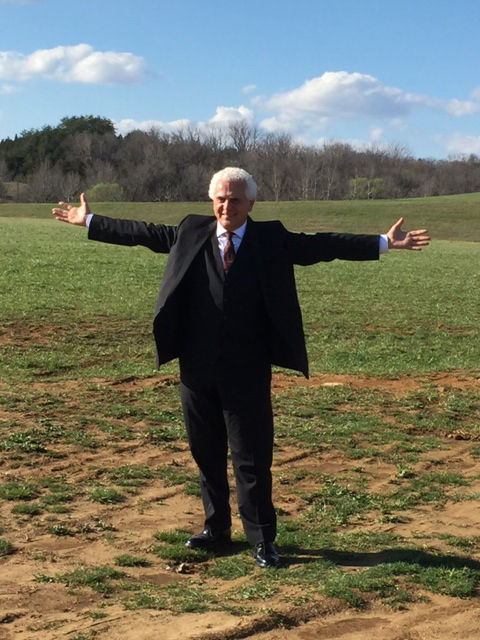 Less than two weeks after Eldor Corp. announced that it will build an automotive parts production plant in Botetourt County, grading has begun on the site at the Greenfield industrial park.

Standing on the spot where he will build his next factory, Italian auto parts manufacturer Pasquale Forte smiled and spread his arms wide, as if to embrace the meadow and mountain landscape of Botetourt County.

It reminded County Administrator Gary Larrowe of the alpine meadow scene in “The Sound of Music,” where Julie Andrews sings her praise to the Austrian Alps.

Although Botetourt County is a long way from Italy and Austria, its natural beauty was cited by Forte as one of the reasons his company, Eldor Corp., decided to spend $75 million on a production plant in the Greenfield industrial park.

“They wanted to have access to a city, but they also liked the countryside,” said Larrowe, who took a cellphone photo of Forte at the Greenfield site on the afternoon of March 15.

The “Hills are Alive” scene was captured shortly after Eldor announced that its new plant will employ 350 people over the next five years — the biggest manufacturing expansion the Roanoke Valley has seen in more than a decade.

One Eldor official commented that the area would be suitable for a vineyard like the one Forte owns near company headquarters in Orsenigo, Italy.

“That was really important to them,” Larrowe said of Botetourt’s rural appeal. “They didn’t want an industrial look, and that probably does speak to quality of life and how important it is to them.”

Just two weeks after the announcement that Eldor would be building its first North American manufacturing plant, bulldozers have arrived at Greenfield to begin grading the 53-acre site. Construction is expected to be completed by next summer, company officials say.

The plant will be 250,000 square feet, about the size of the Lawrence Transportation building, which will be its nearest neighbor in the Greenfield complex.

Inside, workers making an average wage of $38,000 a year will assemble ignition systems to be used elsewhere in the manufacture of new automobiles. The process will involve a fully automated production line that will be designed and made by Eldor’s robotics division, according to information provided by the company.

Based on market demand, Eldor could expand its Botetourt operations in the future to also make automotive electronic devices and full powertrain systems for hybrid-electric vehicles.

The ignition systems will be trucked across North America to automobile manufacturers, either to their engine production plants or final assembly locations. Company officials declined to name their customers, saying that information is proprietary.

“Our target is to serve all major automakers in the North America market,” the company said in a statement.

Having a production plant in the United States will simplify Eldor’s shipping and other operations. The company considered about 200 sites in 20 states before settling on Botetourt County, which provides a central starting point for most East Coast destinations.

As part of two performance agreements with local and state officials, Eldor has promised to have 350 employees working at the plant by 2021 in exchange for receiving about $15 million in incentives that include donated land, grants and tax breaks. Another 300 jobs are expected by 2024.

Assuming it meets those projections, Eldor is poised to become one of the largest private employers in Botetourt County. The current leader is Dynax America Corp., another automotive parts maker with more than 600 workers.

Eldor’s announcement is the latest in a string of investments made by foreign-based companies in Botetourt County. Seven other major employers, either in the manufacturing or heavy industry fields, are based outside of the United States.

Dynax is from Japan, Carmeuse Lime & Stone is from Belgium, Roanoke Cement Company/Titan America is from Greece, Metalsa is from Mexico, General Shale is from Austria, Canatal Steel is from Canada and Gala Industries is from Switzerland.

Foreign businesses setting up shop in Southwest Virginia is not unique, as evidenced by Swedish-based Volvo Trucks North America in Pulaski County and Luxembourg-based Ardagh Group in Roanoke County.

In Botetourt, however, she said “the story is a little bit richer.”

Manufacturing is the county’s leading industry, according to data from the Virginia Employment Commission, and foreign companies currently account for a little more than half of the approximately 1,800 jobs.

Larrowe, the county administrator, agreed that Botetourt probably has a higher concentration of foreign-based companies than many other Southwest Virginia localities. In some respects, the trend runs counter to public sentiment about globalization, which many people equate with the outsourcing of jobs by American companies.

Botetourt — where census data show that 94 percent of the residents are white and only 2.3 percent were born outside of the United States — is far from a melting pot, and that’s unlikely to change once Eldor is established.

Some new residents working in upper management will likely be Italian, Larrowe said, “but they’re not going to ship a bunch of people from Italy and have them working in the plant. I just don’t see that happening.”

When it came to wooing Eldor to Botetourt, local economic officials took some extra steps. Doughty arranged for a few local Italian businesspeople to be present at some of the dinners held to entertain the foreign visitors.

It was a small detail, she said, but one that added a “familiarity factor” to the talks.

After flying in to Roanoke, several Eldor officials said the scenery from the airplane window reminded them of the mountains of northern Italy — except that there was no body of water like the Lake Como they loved.

Upon hearing that, Doughty made sure that a helicopter tour of the Roanoke area passed over the Carvins Cove reservoir.

Larrowe started his job as Botetourt County administrator in January, after the Eldor courtship had begun. He soon found himself working at all hours to answer questions from Italy, which is in a time zone six hours ahead of Eastern Standard.

No one had to tell Botetourt County that they had a big fish on the line, or how big the stakes were for the county’s future.

A privately held company with about 2,100 employees, Eldor has plants in Italy, Turkey, China and Brazil. It makes ignition systems, engine control units and electronic systems for hybrid and electric vehicles.

The company, which cites $300 million in annual revenues, has three research and development centers in Italy and is based in Orsenigo, north of Milan, Italy, near the Swiss border.

When Gov. Terry McAuliffe flew in to Daleville to announce the deal earlier this month, he was almost bubbling with excitement.

Eldor has a relatively small part of the U.S. market, McAuliffe told reporters.

“But they have a big part of the global market,” he said. “Once they get this market, and their transportation costs are reduced because they are here in North America, I think their business will be exploding. I think you’ll see them double and triple the size of the employees here.

“This is going to be a real game changer for Botetourt County.”

Although Eldor officials were a bit more restrained, they did say in a statement that “we are growing fast. Surely the Botetourt County plant will contribute in this fast paced growth.”

In the end, a variety of financial factors played into the company’s decision to locate in Botetourt. But the mountains were always in the background, as Forte made clear in his public comments during the March 15 announcement.

“The Roanoke region is beautiful with natural beauty and quality of life,” the president and CEO of Eldor said. “I am confident that people who come to our plant from around the world will be amazed by this beauty.”

Our view: How we won Ballast Point

A structural steel manufacturer announced an expansion Wednesday that will bring 38 jobs to Botetourt County, capping a year of good economic …