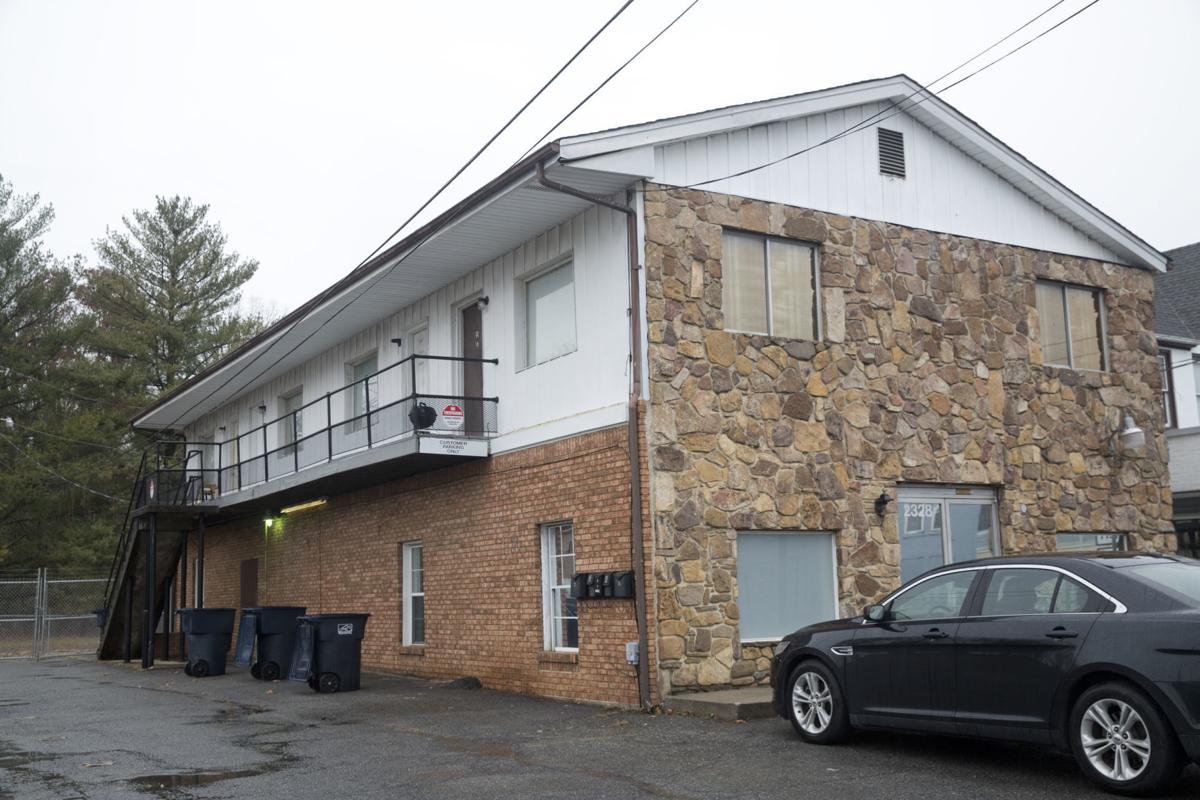 The Council for Community Services plans to open its Drop-In Center North at 2328 Williamson Road this month, causing concern for a nearby business owner. 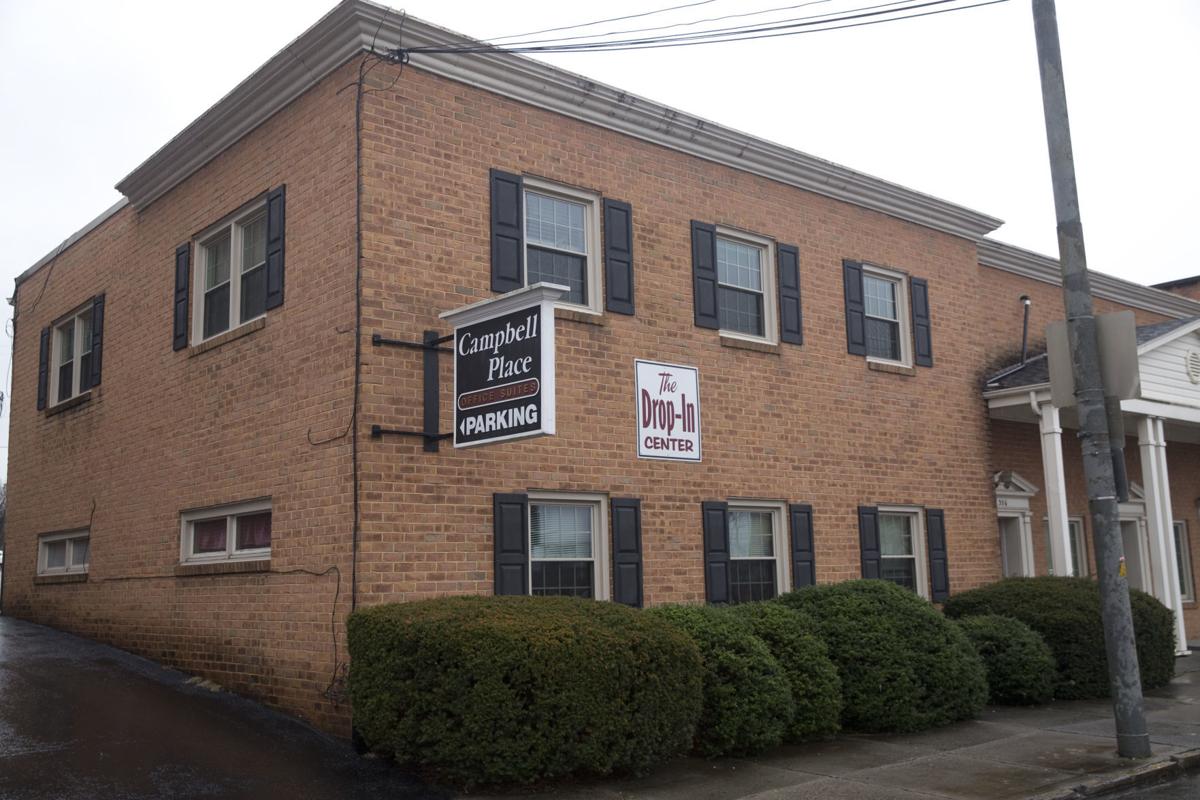 The existing Council of Community Services Drop-In Center is located at 356 Campbell Ave. in downtown Roanoke near the Roanoke Police Department.

The Council for Community Services plans to open its Drop-In Center North at 2328 Williamson Road this month, causing concern for a nearby business owner.

The existing Council of Community Services Drop-In Center is located at 356 Campbell Ave. in downtown Roanoke near the Roanoke Police Department.

The planned opening of a new center in Roanoke where people with opioid addictions will sign up for a needle exchange — but not receive syringes on site — is stirring opposition from one of Williamson Road’s anchor businesses.

The Council of Community Services leased a building on Williamson directly across from Northwest Ace Hardware for its Drop-In Center North, which will serve as the hub for the nonprofit’s new Comprehensive Harm Reduction Program. The effort is aimed at reducing public health risks for the spread of diseases like HIV and hepatitis C via shared use of syringes to inject drugs.

The center will be open from 9 a.m. to 5 p.m. four days a week, and also will offer rapid testing for HIV and hepatitis C.

Leaders at Northwest Ace Hardware said locating the center near their store only serves to increase the likelihood of crime and panhandling — at the expense of their business and others. They, along with the executive director of the Williamson Road Area Business Association, plan to raise their concerns to the Roanoke City Council on Monday afternoon.

“How can I not be for helping drug addicts? On the other hand, how can I not stand up for Northwest Hardware?” asked Charlie Overstreet, whose father founded the business his family still owns.

Anne Marie Green, director of CCS, said there’s no statistical basis for saying a needle exchange program exacerbates crime, and in any event no one will turn in or receive needles at the Williamson Road site. That will occur from a mobile unit that will move around the city — a method that was settled on after a long negotiation with city and law enforcement officials last year to win their approval for the program.

CCS sought to establish a harm reduction program — of which the needle exchange is only part — to address the opioid crisis that has hit Southwest Virginia especially hard. Approval of the program by the Virginia Department of Health required the blessing of the city council and Roanoke Police Chief Tim Jones.

Green said as a condition of Jones’ approval CCS agreed not to host the program at its existing Drop-In Center, at 356 Campbell Ave. S.W., just a few doors from the police station.

Using the mobile unit for the needle exchange was also a requirement, so that no single area or neighborhood was affected by that part of the program, she said.

Participants will come to the center once to register for the program, and after will be informed where to go to meet the mobile unit for the actual needle exchange.

Overstreet and WRABA Executive Director Valerie Brown said they had no idea that CCS was opening a new center for the program on Williamson Road until just before Christmas — a few weeks before the planned Jan. 13 opening.

Brown said the lack of communication about the center is “a real deal killer” if the hope was to create cooperation with Williamson Road businesses.

“It seemed like a dark of the night type operation to me,” Overstreet said.

Green apologized for the poor communication and acknowledged it set a tone of distrust.

“I take full responsibility for that,” she said

Overstreet acknowledged that even fair warning would not have alleviated his concerns that visitors to the center, some of whom will be people who use drugs, will need money and are likely to panhandle his customers and employees, steal or turn to prostitution.

“My customers are smart enough to change their behavior and not come to Northwest Ace Hardware for an unpleasant panhandling experience,” he said.

Green said Overstreet and Northwest executive Walter Vance are operating from an outdated impression of who is addicted to opioids.

It’s not just the poor and homeless, but includes the entire breadth of the socioeconomic spectrum. She anticipates a few dozen to perhaps 50 visitors to the center a day.

“I hope she’s right,” Overstreet said. “I think it’s very telling that CCS put this far away from their offices.”

He suspects Green and CCS figured “in people’s minds Williamson Road is already a place to avoid, so why not put it out there?”

Green said CCS would have loved to have located the center near its downtown Roanoke headquarters, located at 502 Campbell Ave. S.W., but couldn’t find a space that met its needs and budget. The search for a location covered the whole city and was based on criteria that included the type and size of space, location on a bus line and a secure place to store the van that will serve as mobile unit.

The location at 2328 Williamson Road — an office space in an apartment building — met nearly every need, including a fenced-in parking area in the rear.

Overstreet simply doesn’t trust that no syringes will be distributed at the center. He said the program description approved by the city council, the police chief and the state doesn’t specify that.

Green pointed out that the first sentence of the program description reads that “services will be provided by Drop-In Center staff through a mobile unit twice per week.”

Overstreet noted it doesn’t explicitly say needles can’t be provided somewhere else. And even so, what if needles are handed out at the Williamson Road location anyway? “I don’t know what an enforcement mechanism would be,” he said.

The center’s landlord could be one recourse. Green said the center’s lease on the space bars distribution of needles there.

Asked where such a center should go, Overstreet said he couldn’t name a specific location, but he believes there are better options than the one chosen.

“There will be collateral damage wherever you put it ... I want it to go where it does the most good and causes the least harm,” he said. “We need harm reduction for all of us.”

“If there are issues, we don’t want those either,” Green said. “This is a 60-year-old organization with deep roots in the community,” she said of CCS. “We are dotting our Is, crossing our Ts, doing everything by the exact letter or the law.”

It’s unclear what leverage city council has to change any of CCS’s plans for the center or force a change of location.

Brown, the WRABA director, said she will request the council support a “slow down” of the move.

“I would like to suggest that all parties, including other area businesses and residents who are not here today, come together in a forum where their questions and concerns can be voiced and answered,” she said.

Green said she would welcome such an opportunity.

With limited, but promising data, needle exchange programs look to legislature for ability to continue work

More than 500 people have participated in Virginia’s syringe exchange programs, with 39 rece…

It’s official: Roanoke is the fourth locality in the state to win approval for a syringe exchange.

A syringe exchange in Roanoke has taken another step toward reality.

After more than a year of resistance, Roanoke Police Chief Tim Jones has signed a letter of …

On the agenda: At its morning meeting, the council will hear briefings on the latest real estate reassessment, the start of the fiscal year 2021 budget process and Elmwood Park smoking regulations. Williamson Road business owners and advocates also are expected to address the council about concerns over plans for the Council of Community Services new satellite Drop-In Center on Williamson Road during the afternoon session. Details available online at www.roanokeva.gov.

The assessed value of Roanoke’s real estate has increased 4.74%, the largest increase since 2007, according to the city’s most recent reassessment.