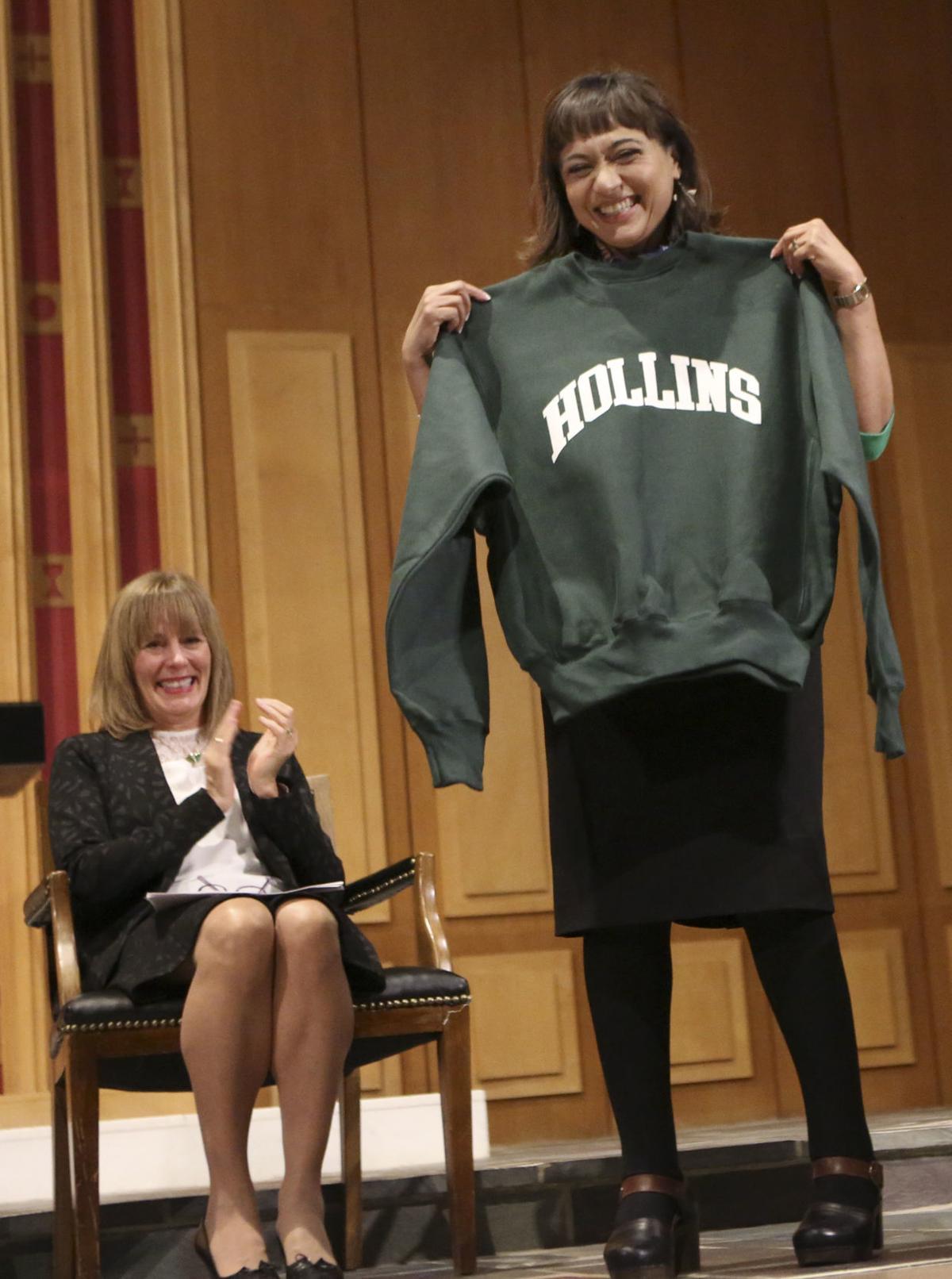 Pareena Lawrence holds Hollins University gear after being introduced in November 2016 as the school’s 12th president. 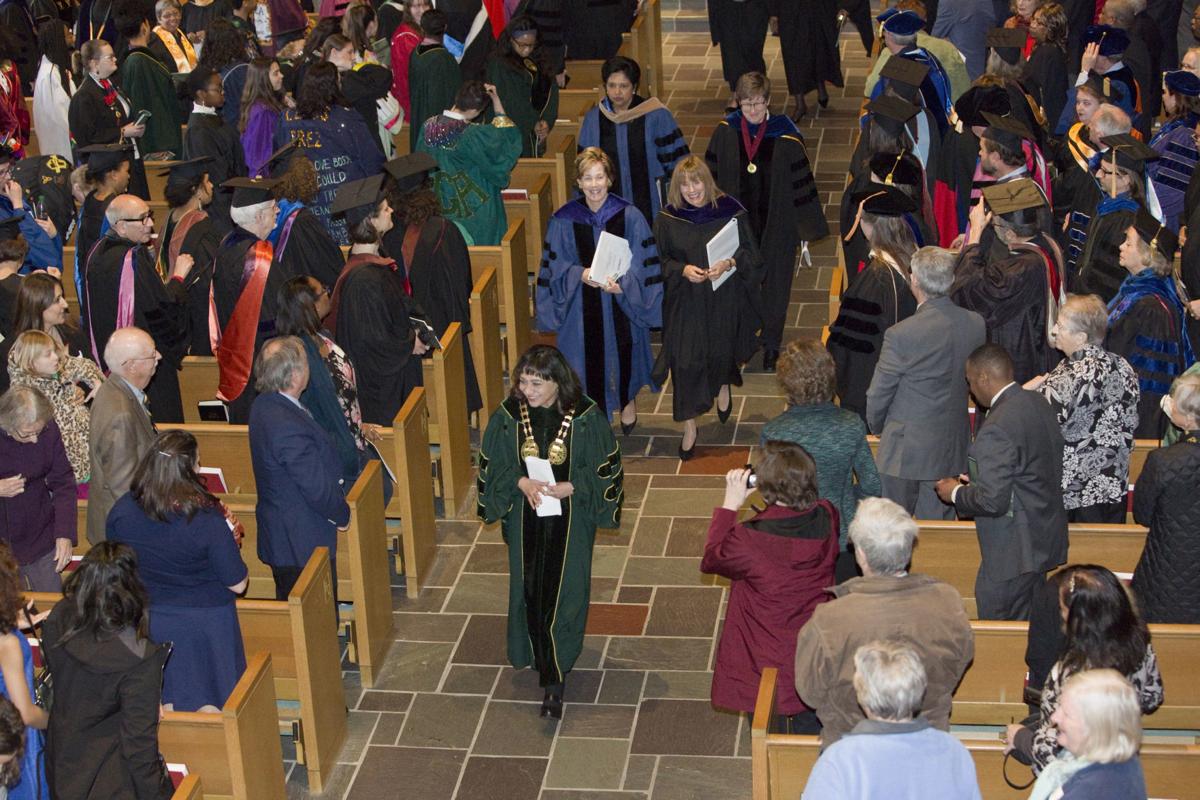 Hollins University President Pareena Lawrence, wearing a robe of Hollins green and gold, leads the closing procession during her inauguration ceremony at the campus's Jessie Ball duPont Chapel. Lawrence is stepping down after a two-year tenure, the college announced Thursday. 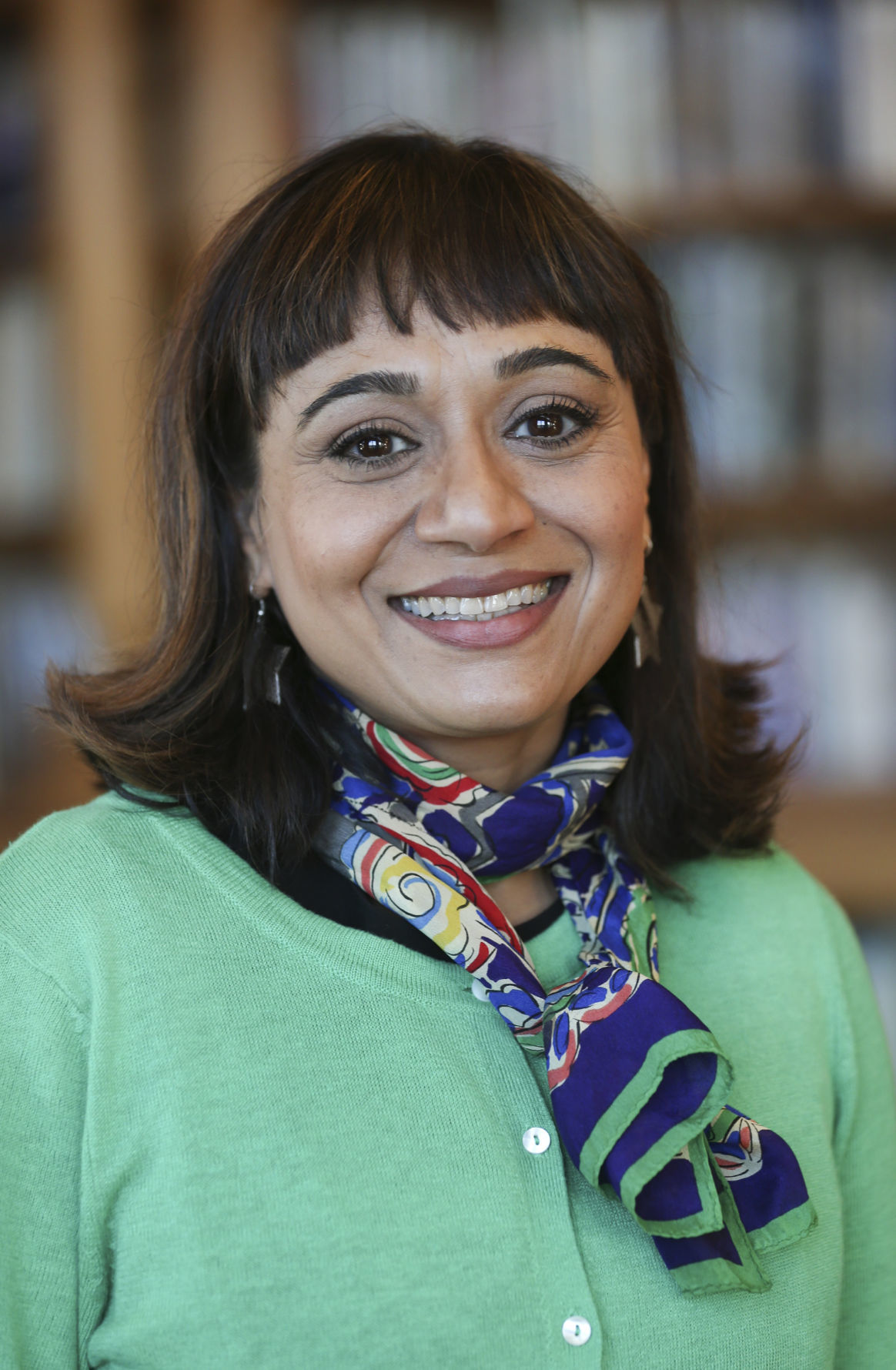 Pareena Lawrence holds Hollins University gear after being introduced in November 2016 as the school’s 12th president.

Hollins University President Pareena Lawrence, wearing a robe of Hollins green and gold, leads the closing procession during her inauguration ceremony at the campus's Jessie Ball duPont Chapel. Lawrence is stepping down after a two-year tenure, the college announced Thursday.

Her departure was announced Thursday evening in a campuswide message issued by Alexandra Trower, chair of the university’s board of trustees.

Trower, a Hollins alum and member of the search committee that hired Lawrence, wrote that Lawrence had decided to resign in order to pursue her long-running interest in international education and development.

No other details about her plans were provided. A university spokesman said she was not available for comment.

“We offer our sincere thanks to President Lawrence for her dedicated service and contributions to the University,” Trower wrote.

“Over the past two years she spearheaded important innovations to our academic and co-curricular programs while championing new institutional partnerships.”

Lawrence, 51, was picked in fall 2016 to serve as the next president of the campus that was then celebrating its 175th anniversary.

Lawrence was only the 12th person to serve as Hollins University’s president and was the first person of color to lead the campus.

Trower credited her with helping develop a new strategic plan for the college and launching work on a new 96-bed student housing village.

“We also thank her for her enthusiasm for our mission of educating women to live lives of consequence,” Trower wrote.

Lawrence came to Hollins from Augustana College, a private liberal arts school in Illinois, where she served as provost and chief academic officer.

Born in India, she earned a degree in economics from the University of Delhi and a doctorate from Purdue University.

She worked as a college professor before advancing into administration and published papers on a wide range of topics, including international economic development and women as policymakers.

In 2016, when she was introduced to the Hollins community, she spoke passionately about her belief in the transformative power of education.

An education helps students grow in confidence, grit and determination, she said, referencing in part her own experience as a teen attending an all-girls high school.

“Education provided me with the opportunity to dream and to change my circumstances and climb the ladder of opportunity,” Lawrence said.

Hollins raised its year-over-year freshman enrollment in 2018. In October, Lawrence announced the establishment of a new Institute for Entrepreneurial Learning that would partner with outside groups to offer students a deeper grounding in entrepreneurship and innovation.

In April, Lawrence generated discussion when she announced she was temporarily removing four older yearbooks from the university’s online archives. The yearbooks had instances of blackface and other racially insensitive imagery.

The digital copies were reposted a week later with a notation rejecting the offensive images and with a link offering more history about the damaging legacy of blackface.

Lawrence said at the time it wasn’t enough to simply disavow the images. “In an educational community particularly, we must go further and educate ‘why’ in order to move us, and society, ahead,” she said.

Trower said the board of trustees would announce an interim leader soon and form a new presidential search committee over the summer.

“In the meantime, we are fortunate that Hollins has a strong bench of senior leaders who are well prepared to oversee the University during this transition,” she said.

She added the administration would ensure there was a smooth transition and said she remained confident about the college’s outlook.

“While change is never easy, Hollins’ future is bright, and I am confident that we will grow even stronger during this process,” she said.

When Pareena Lawrence rose to address Tuesday’s crowd at Hollins University, she said her jo…

Retired Hollins University President Nancy Oliver Gray is returning to help lead the campus as it searches for a new permanent president.