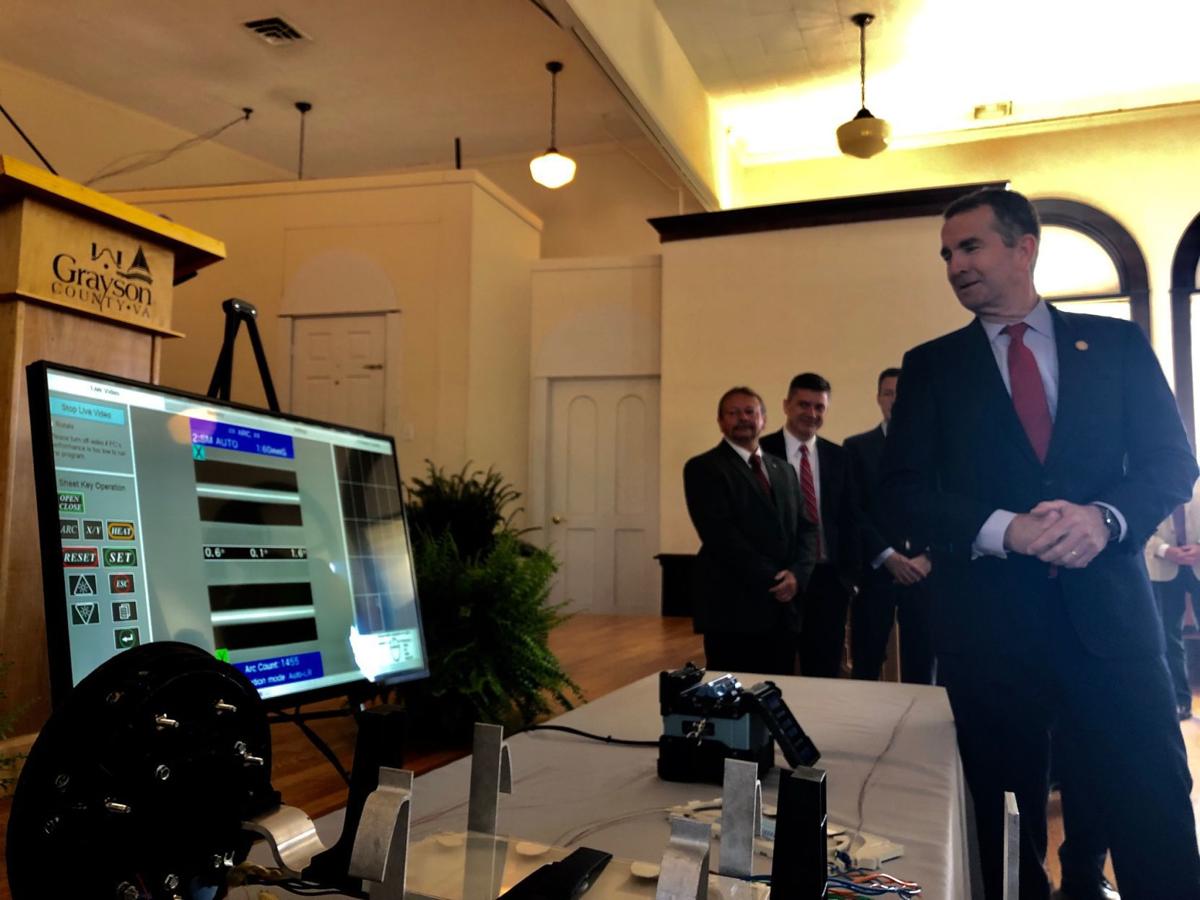 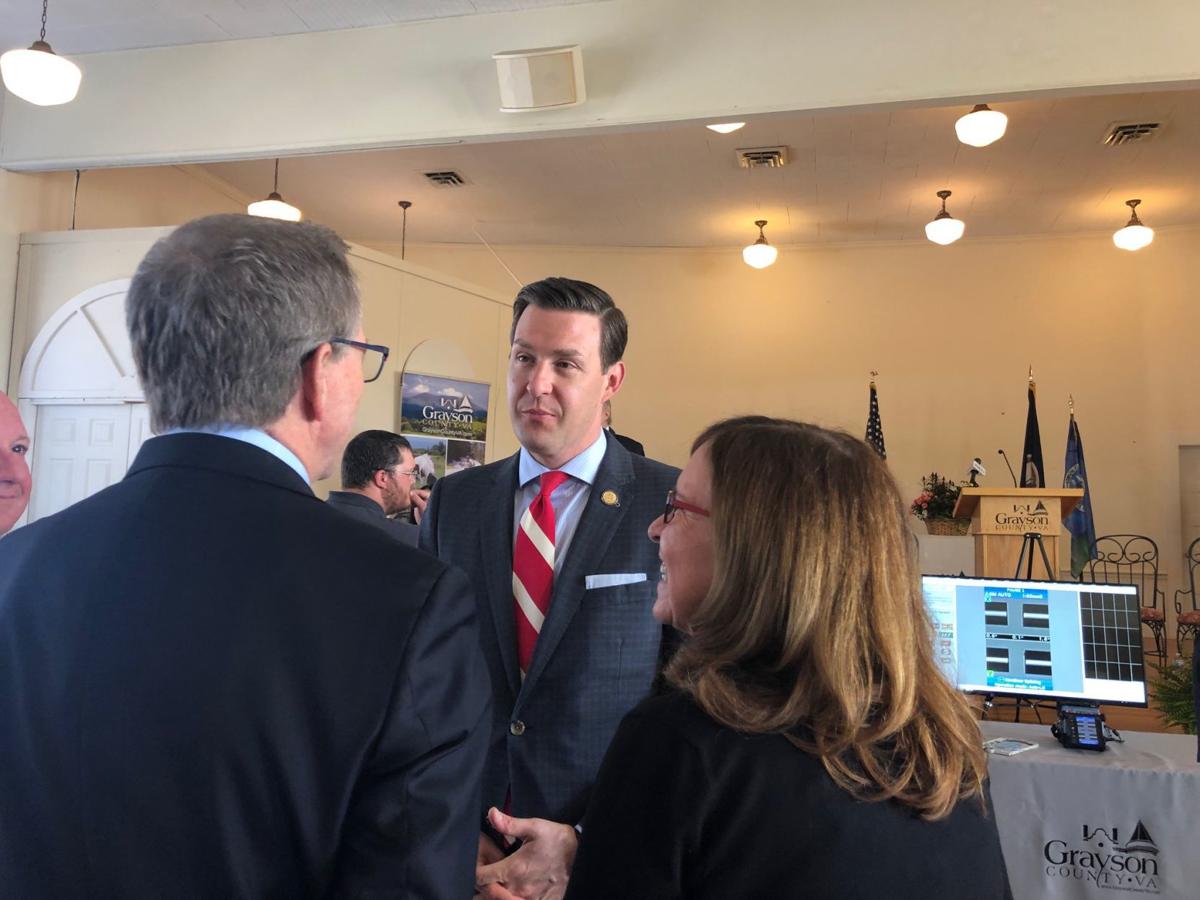 INDEPENDENCE — About 75 percent of the people in Grayson County lack access to quality broadband. Even for some connected to broadband, their internet speed is so slow that people in the rural county jokingly describe it as “advanced dial-up.”

The county set a goal three years ago to provide broadband access to all of its residents who want it. Soon, that ambitious goal — one that rural communities all over the country are struggling to achieve — will become a reality.

“Grayson County is going to go from being one of the least-connected counties in the commonwealth of Virginia to having significant high-speed broadband access,” said Del. Israel O’Quinn, R-Washington, who also represents Grayson County.

Gov. Ralph Northam signed legislation in March that will allow Virginia’s two largest electric utilities — Dominion Energy and Appalachian Power Co. — to provide the broadband infrastructure. The legislation from O’Quinn goes into effect in July, when a three-year pilot program will begin, with Grayson County the first locality to participate.

Northam identified expanding broadband coverage to all Virginians within a decade as one of his priorities as governor. His administration, including his chief broadband officer, worked closely on the legislation.

“I don’t want any part of Virginia to be disconnected,” Northam said. “I want everyone in our great commonwealth, no matter who you are or where you’re from, to have access to opportunity. And in the 21st century, broadband is a requirement for opportunity.”

Northam visited the town of Independence on Wednesday for a ceremonial signing of the bill and praised the Southwest Virginia lawmakers for their creative thinking to address rural issues.

About 10% of Virginians don’t have access to high-speed internet.

“I won’t allow rural Virginia to be left behind in the 21st century,” Northam said.

It’s easier for internet providers to make a profit in urban areas, where customers are concentrated. But in rural areas, where terrain can pose a challenge and residents are spread out, it costs more to provide high-speed internet.

Appalachian Power and Dominion are in the process of modernizing as part of the Grid Transformation and Security Act of 2018. They are laying fiber-optic cable across Virginia to bring broadband to electric substations. Through this pilot project, the electric utilities will expand “middle mile” broadband coverage, which is the infrastructure that connects the networks and core routers on the internet to local service providers. They will add extra fiber to rural substations in addition to the fiber they’re already installing.

The electric utilities won’t be providing high-speed internet into residents’ homes . They will lease the extra broadband capacity to internet providers, which will provide the “last mile” to connect to businesses and residences.

Grayson County will use GigaBeam Networks in Bluefield as its internet provider for the project. Appalachian Power will serve as the electric utility.

The pilot project is open to all of Virginia, but it’s focused on rural areas that are unserved or underserved by broadband. To participate in the program, electric utilities must apply to the State Corporation Commission, which regulates Virginia’s utilities, specifying the service locality and internet provider.

The legislation allows each utility to spend up to $60 million annually on the pilot program. The companies can recover that money from their ratepayers.

Chris Beam, president of Appalachian Power, said revenue the electric utilities will generate from leasing the fiber likely will result in lower electric bills over time. He estimated ratepayers could end up saving about $150 million over the next three years.

“It’s a very clever solution to a problem that’s been around for a long time,” Beam said.

Officials in South Carolina and West Virginia already have reached out to discuss how to replicate a similar program in their states.

“For once we’re going to be state and national leaders, and others are going to be looking to Grayson County for what we did here, rather than us being an afterthought and trying to catch up with what everyone else is doing,” said Bill Shepley, Grayson County’s administrator.

This new effort addresses a crucial piece of the puzzle that Southwest Virginia lawmakers are working on to improve the region.

“We’re way past the point where broadband is a simple luxury,” O’Quinn said. “It’s as much a necessity these days as electricity.”

The region is trying to attract businesses to the area, but deals go bust because of a lack of high-speed internet.

State Sen. Ben Chafin, R-Russell, and Del. Terry Kilgore, R-Scott, got legislation signed into law this past session that would eliminate a barrier allowing Virginians to use telemedicine on a national basis. This is helpful to people in the Southwest region, where there’s a shortage of doctors and people can’t afford to pay for doctor visits. But a quality internet connection is important for this service to be effective.

With no internet at home, children have to seek other locations to do their homework. People move out of the region in search of a better quality of living.

“As legislators, a lot of times we find ourselves in the position of working on aspirational bills. We hope that what we pass will one day help someone somewhere with something. You’re really kind of making your best faith effort to make something good happen one day down the road,” O’Quinn said. “This piece of legislation is different. It’s going to have a major impact on broadband access.”

FLOYD — The average farmer in one of Southwest Virginia’s most rural, one-stoplight counties…

BEDFORD — A long-awaited project to expand high-speed internet access to residents in Bedford County will receive more than $1 million in funding from a state communications initiative.