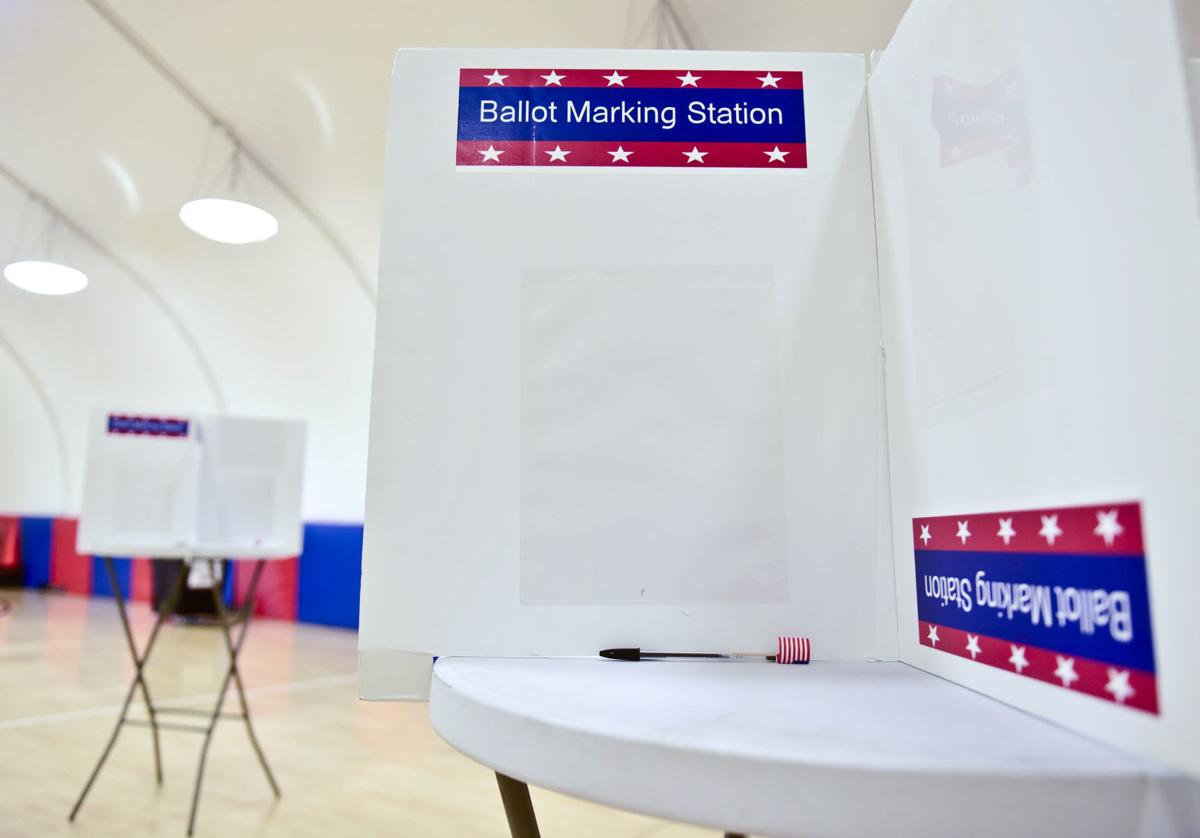 Ballot marking stations stand ready for voters Tuesday at Grandin Court Elementary School, which participated in one of the primaries happening across the Roanoke Valley. 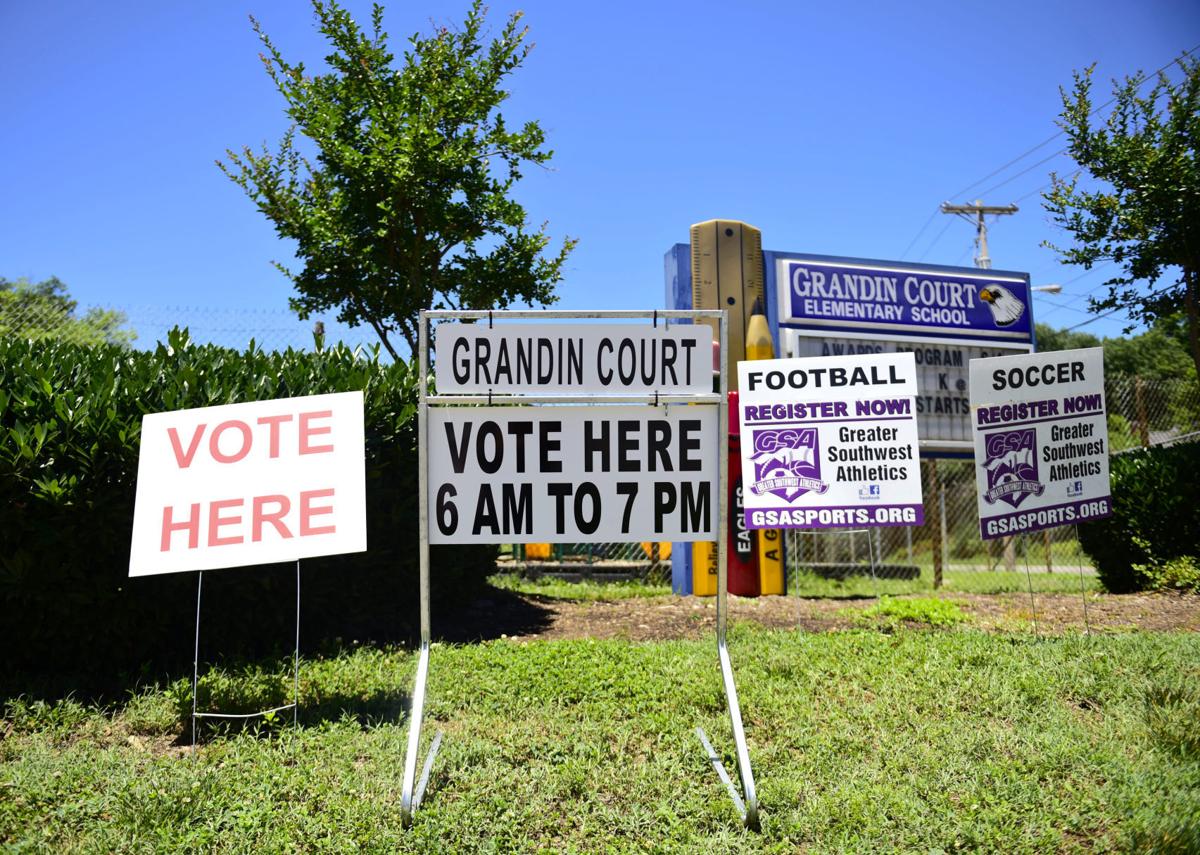 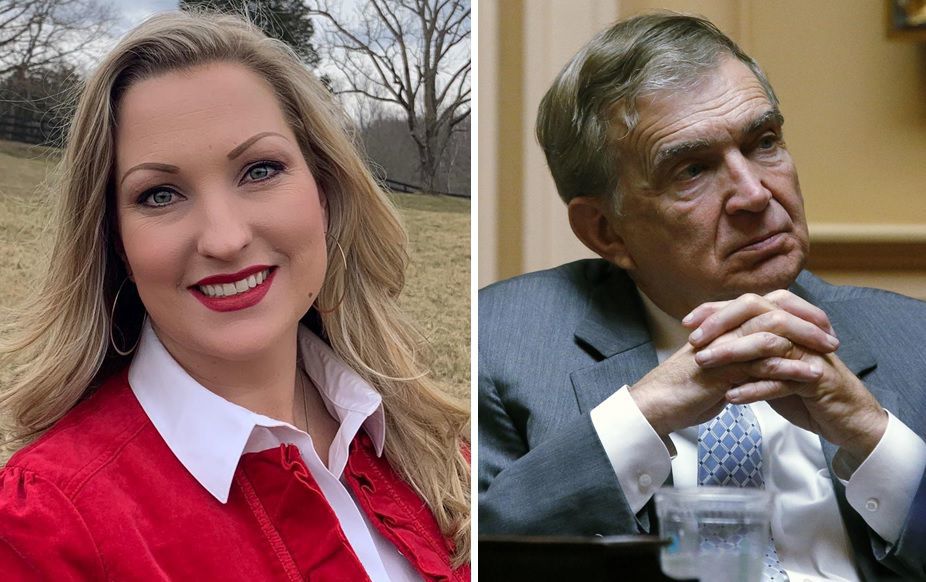 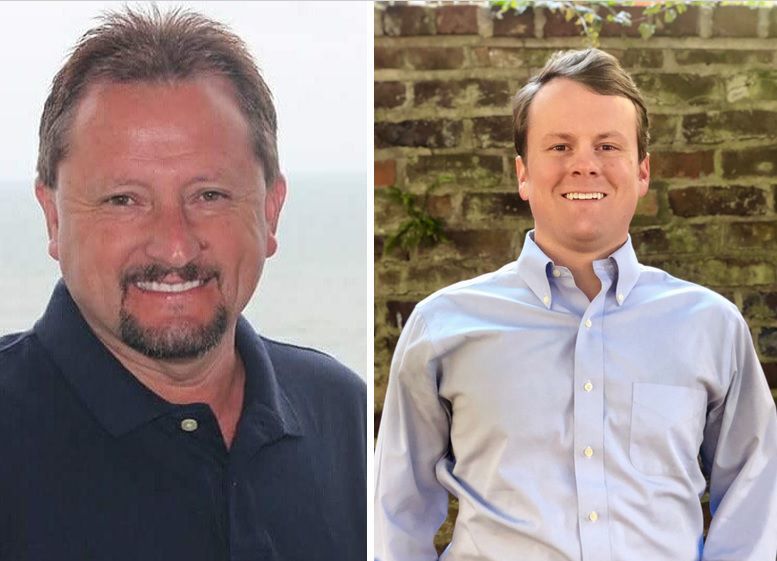 David Eaton and Will Wampler 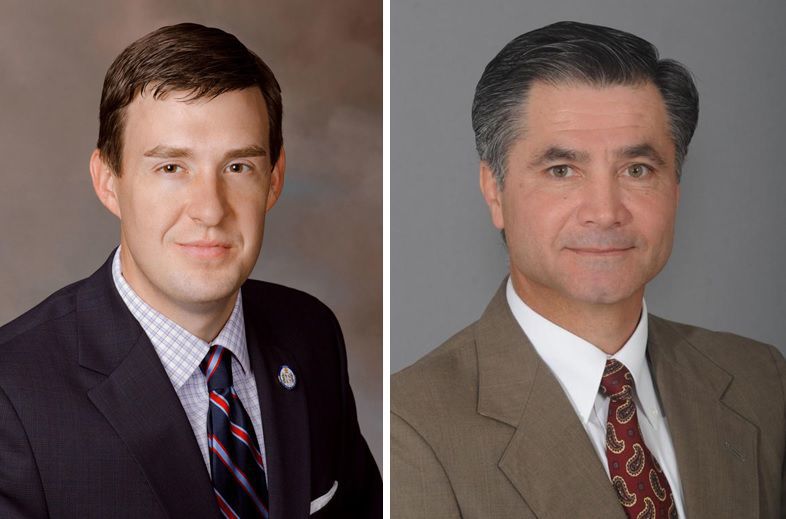 Ballot marking stations stand ready for voters Tuesday at Grandin Court Elementary School, which participated in one of the primaries happening across the Roanoke Valley.

Republican Emmett Hanger fended off a challenger from his right Tuesday to advance a step closer to another term in Virginia’s state Senate.

Hanger, 70, of Augusta, defeated Tina Freitas, the wife of Del. Nick Freitas, R-Culpeper, to win the Republican nomination. Hanger captured 11,122 votes, or 57% of the ballots. Freitas finished with 8,268 votes, or 43%. The 24th Senate District contest spotlighted the competing identities within the Republican Party, an issue playing out across the nation.

Hanger has a conservative voting record but because more Republican Party candidates are running to the right, he said, he’s become the new center. He viewed Tuesday’s primary as an important test of whether the middle could hold.

Freitas, 40, received the support of right-leaning conservative and libertarian groups. She ran an aggressive challenge against Hanger, who is one of the most powerful members of the General Assembly, where he has served for 32 years. A self-identified “liberty Republican,” Freitas focused her campaign on criticizing Hanger on a few issues: Medicaid, guns, abortion and taxes.

Hanger, a member of the Senate Finance Committee, was a key player in expanding Medicaid under the Affordable Care Act to 400,000 low-income Virginians. Hanger viewed the expansion as a Christian imperative, but Republican activists have criticized those in the party who broke ranks to vote for it as betraying conservative principles.

About 280,000 people — many with cancer, substance addiction or diabetes — now have health care under Virginia’s expansion of Medicaid. Hospital and health care groups donated heavily to Hanger’s campaign.

Freitas also criticized Hanger for backing a budget that included a pilot program to provide low-income women with long-acting, reversible contraception. After the General Assembly approved the budget, the state Health Department identified Planned Parenthood as a provider.

Freitas claimed Hanger was funneling money to an abortion provider. Hanger said he doesn’t support Planned Parenthood because he opposes abortion, and he wasn’t involved in the Health Department’s selection of the organization as a program participant.

Freitas said she worried that because the primary is open to all voters — Virginians don’t register by party — Democrats would turn out to vote for Hanger.

In a video posted Tuesday to Facebook, Nick Freitas said he saw a “bus full of Democrats” arrive at a polling station. He offered no elaboration on how he identified the people as Democrats. He appeared to have deleted the video later in the day.

The 24th Senate District includes Augusta, Greene and Madison counties; the cities of Staunton and Waynesboro; and parts of Rockingham and Culpeper counties.

This was the third time Hanger has faced a primary challenge since his election to the Senate in 1995. In 2007, he defeated a conservative to his right with 53% of the vote. In 2015, he quashed two challengers with 60% of the vote.

All 140 General Assembly seats are up for election in November. Republicans hold two-seat majorities in both chambers.

In other primary contests in Western Virginia:

The district is made up of parts of Lynchburg and some of Amherst and Bedford counties.

Candidates focused their campaign messages on their conservative credentials. Garrett announced he wasn’t seeking re-election amid criticism from party activists for his vote for Medicaid expansion.

Walker, 66, an employee at the Virginia Department of Labor and Industry, highlighted his Christian values and longtime experience in local politics.

"People know where I stand on the issues, and they know about my experience," Walker said Tuesday night.

Perrow, 44, has been a member of Lynchburg City Council since 2008. He works as an engineer for a clean water infrastructure and environmental consulting firm. Perrow described himself as an “unapologetic capitalist and pragmatic conservative.”

Berman, 48, is the owner of a language services business. He leans further to the right of the Republican Party, which he said was essential to holding the line on conservative values while in Richmond.

A Wampler is back in Virginia politics.

Will Wampler defeated Russell County Supervisor David Eaton to continue the tradition of Wamplers involved in politics. Wampler received 64% of the vote, while Eaton won 36%.

Wampler, 28, is the son of a former state senator, and his grandfather served in the U.S. House of Representatives. He lives in Abingdon and operates his own law practice.

Eaton, 56, is a farmer, owner of a cable company and former coal miner. He presented himself as the older and more experienced candidate. In campaign materials, he cited an underage alcohol possession conviction from Wampler’s days attending college in South Carolina to say Wampler was “immature.”

Wampler will face Democrat Starla Kiser, a Wise County doctor, in November. The winner will succeed Del. Todd Pillion, R-Washington, who is running for state Senate.

O’Quinn won 77% of the vote and is poised to return to the House of Delegates for a fifth term. Michael Osborne, 61, the owner of two stores that primarily sell religious books, took 23%.

The 5th House District consists of Bristol, Galax, Grayson County and parts of Smyth and Washington counties. Osborne challenged O’Quinn as an independent in 2011, when O’Quinn first ran for the House and won 30% of the vote.

“We’re geographically a long way from Richmond, but I’ve focused on making sure we have a strong presence in the General Assembly to overcome those challenges,” O’Quinn said Tuesday.

Osborne was hoping to draw voters concerned about the potential for a casino opening in Bristol. The casino would bring much-needed jobs, but opponents worry about moral and social degradation.

Legislation must pass through the legislature again next year before any referendums can be held to allow a casino in Bristol and other cities. O’Quinn said it was important to keep the decision in the hands of residents.

No Democrats or independents have filed to run against O’Quinn in November.

Sen. Emmett Hanger has no regrets.

Western Virginia candidates face off in primaries on Tuesday

In two days, Republicans in Western Virginia who want to run for a seat in the General Assem…