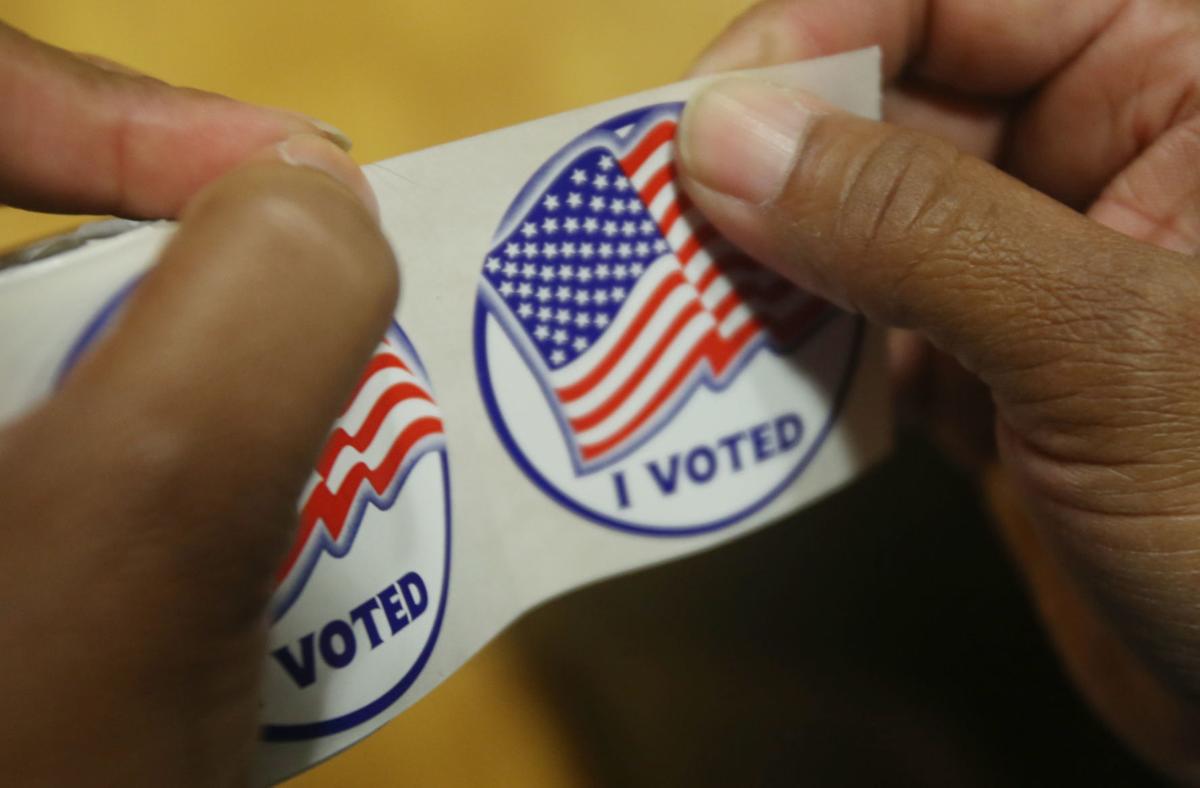 Election Day would become a state government holiday under a bill that advanced from the state Senate on Tuesday. To accommodate the new holiday, the state would not longer observe Lee-Jackson Day in January. 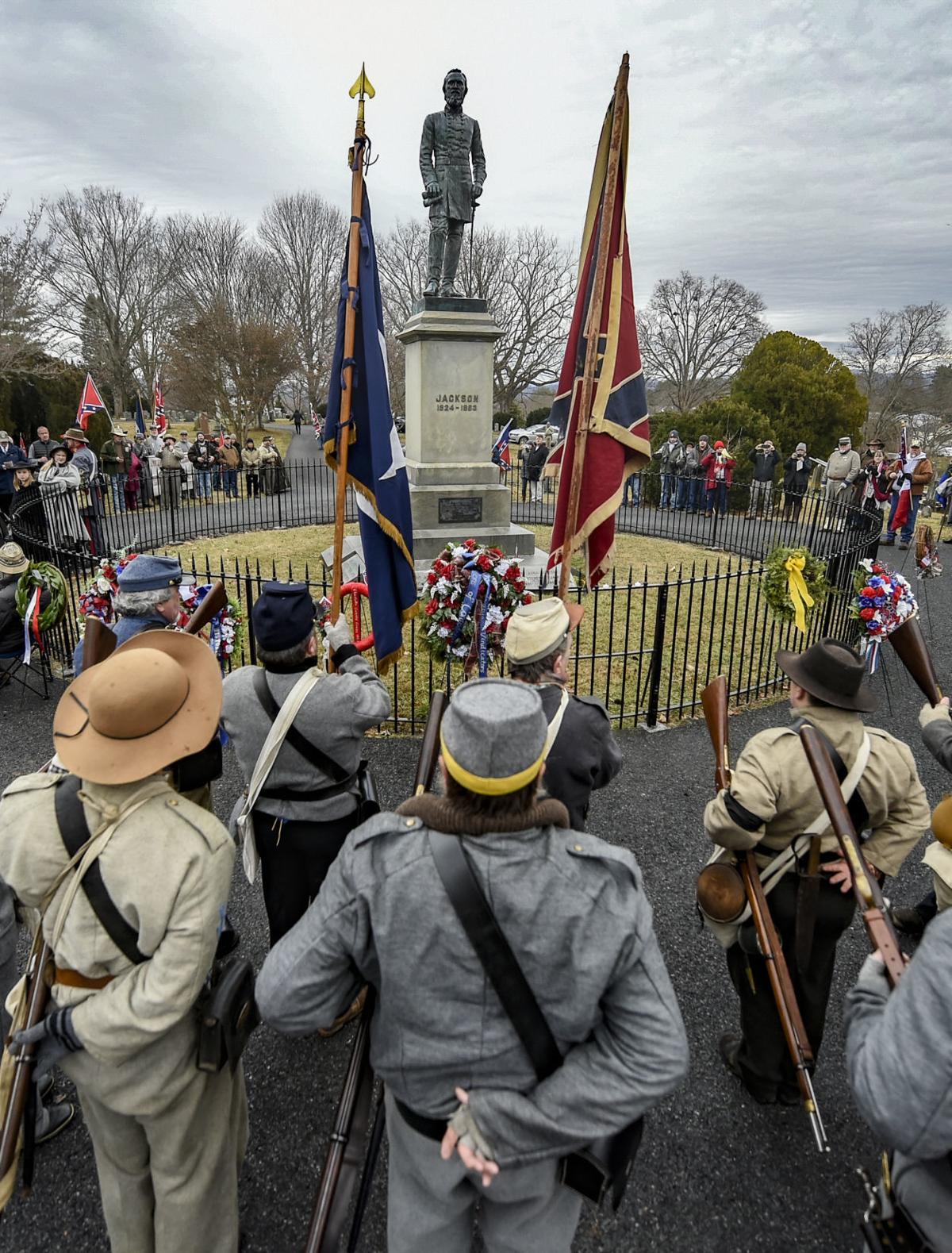 Confederate reenactors stand before the grave of Thomas “Stonewall” Jackson during the annual Lee-Jackson Day celebration and parade in Lexington on Saturday. About 225 people gathered at the cemetery where the Civil War general is buried.

Election Day would become a state government holiday under a bill that advanced from the state Senate on Tuesday. To accommodate the new holiday, the state would not longer observe Lee-Jackson Day in January.

Confederate reenactors stand before the grave of Thomas “Stonewall” Jackson during the annual Lee-Jackson Day celebration and parade in Lexington on Saturday. About 225 people gathered at the cemetery where the Civil War general is buried.

The Democrat-controlled Senate voted 21-19 on party lines on SB 601.

Lee-Jackson Day was established more than 100 years ago and is observed on the Friday preceding the third Monday in January. The day honors Confederate generals and Virginia natives Robert E. Lee and Thomas “Stonewall” Jackson.

Critics of the holiday view it as a celebration of the state’s slave-holding history, and many cities and counties don’t observe it. On Friday, more than 100 people celebrated Lee-Jackson Day in Lexington, where both men are buried.

Sen. Mark Peake, R-Lynchburg, acknowledged that Virginia had a “very complicated history,” but he encouraged the lawmakers to consider adding holidays and statues recognizing black figures and those who moved Virginia forward in a positive direction.

Sen. Siobhan Dunnavant, R-Henrico, initially voted with Democrats on the bill, but she said that after hearing Peake’s remarks, she decided to reconsider her vote and had the record updated to reflect she voted against the bill.

“I believe that it is best to preserve our history,” Dunnavant said in a statement. “I have consistently supported protecting our monuments and will continue to do so.”

The Senate Privileges and Elections Committee killed a bill inspired by a recent Roanoke City Council decision to move its council elections from May to November in even-numbered years.

The bill, SB 835, would have forbidden council members appointed to fill vacancies from voting on an ordinance to move the date of the election for council members and mayor from May to November. The Democrat-controlled committee voted 9-6 along party lines to kill the bill.

Sen. David Suetterlein, R-Roanoke County, sponsored the bill because he wanted to prevent people who were not elected by the people from extending their terms.

This appears to be a rare situation, but it happened last year with the Roanoke City Council. Councilwoman Trish White-Boyd, a Democrat, was appointed by the council in January 2018 to complete the remainder of the term vacated by the resignation of independent John Garland.

She would have been up to run for the seat this May had the election not been moved to November after a push by her and Mayor Sherman Lea, backed by three other council Democrats.

Sen. Jill Vogel, R-Fauquier, described the bill as an “ethics issue,” and said people appointed to fill vacancies shouldn’t extend the time from which voters have a chance to vote for them.

“It’s just not fair,” Vogel said. “You ethically should recuse yourself from that vote.”

The Senate voted 40-0 on a bill to eliminate the requirement that the race of people getting married be included in marriage records, divorce reports and annulment reports filed with the State Registrar.

The bill, SB 62, introduced by Suetterlein, also removes the requirement that the State Registrar include race data in the compilation and posting of marriage, divorce and annulment data.

The bill came in response to a lawsuit from a white couple who went to apply for a marriage license in Rockbridge County and became aware of the more than 200 categories from which to choose their race.

The race categories are a remainder from a time when states used them to prohibit people from marrying across racial lines.

Many come out in support of Lee-Jackson Day in Lexington