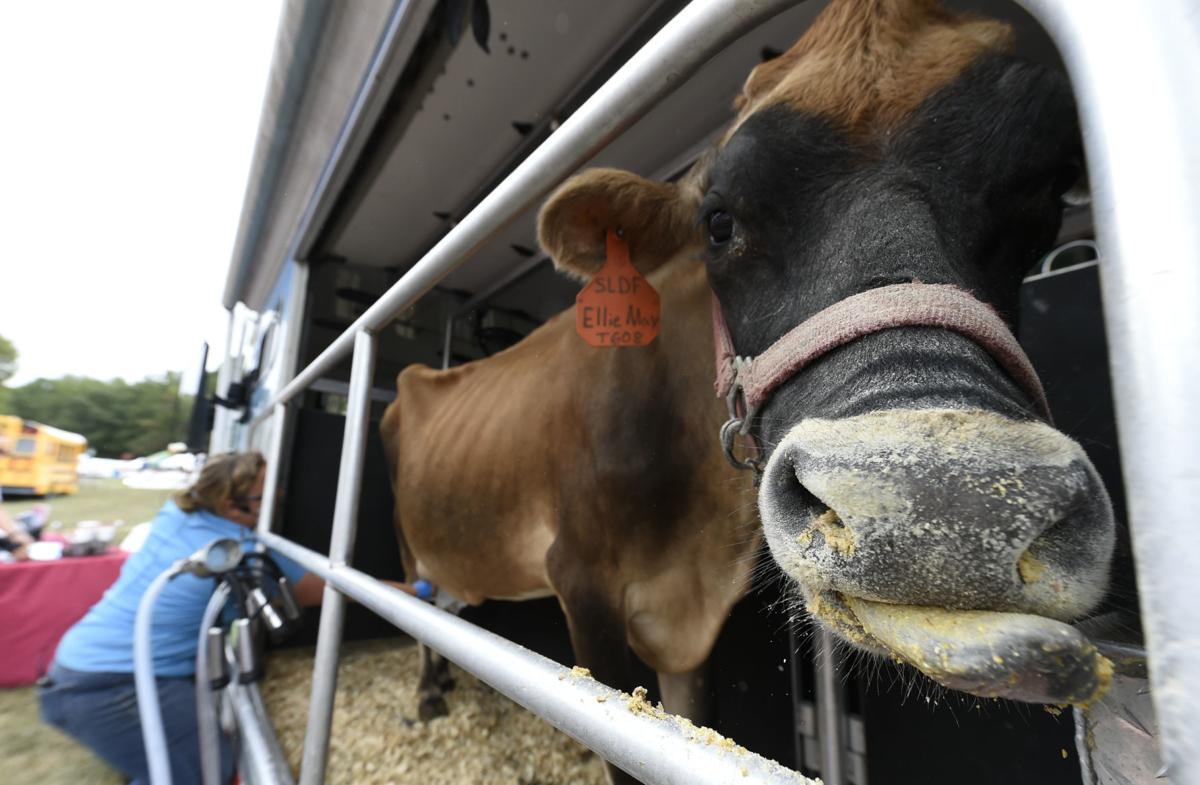 Ellie May, a Jersey cow, is ready to be milked by LaVaun Janney of Rockingham County as part of the Franklin County Agricultural Fair. 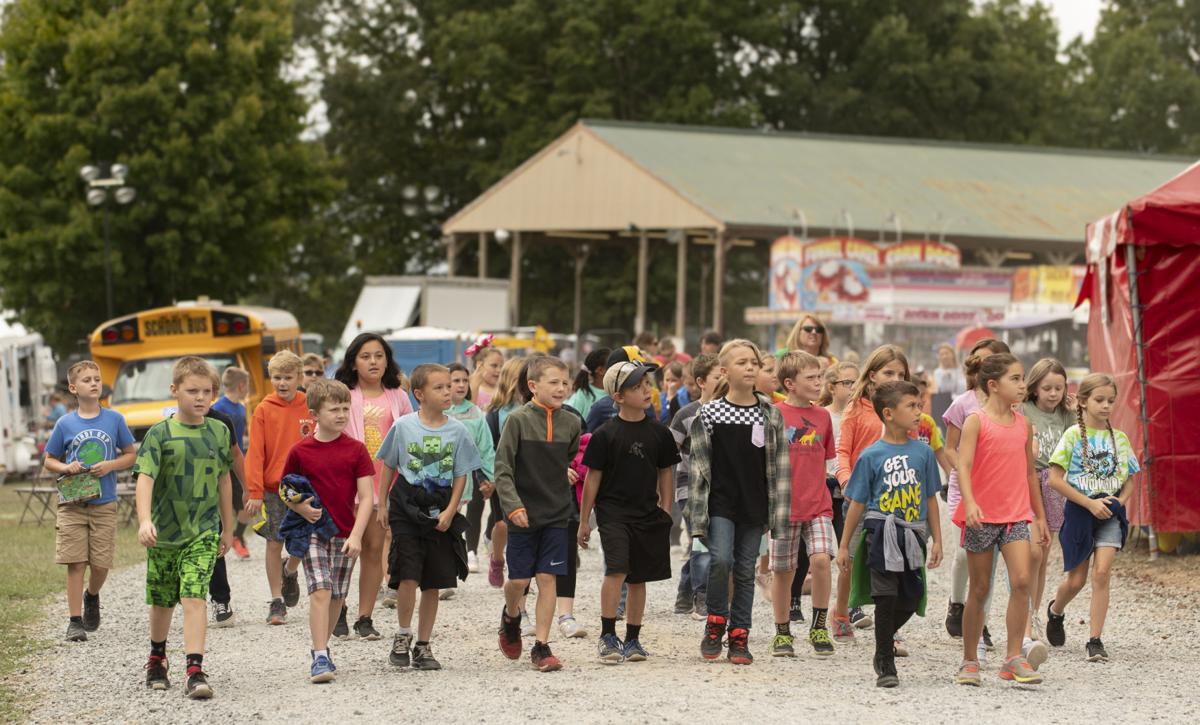 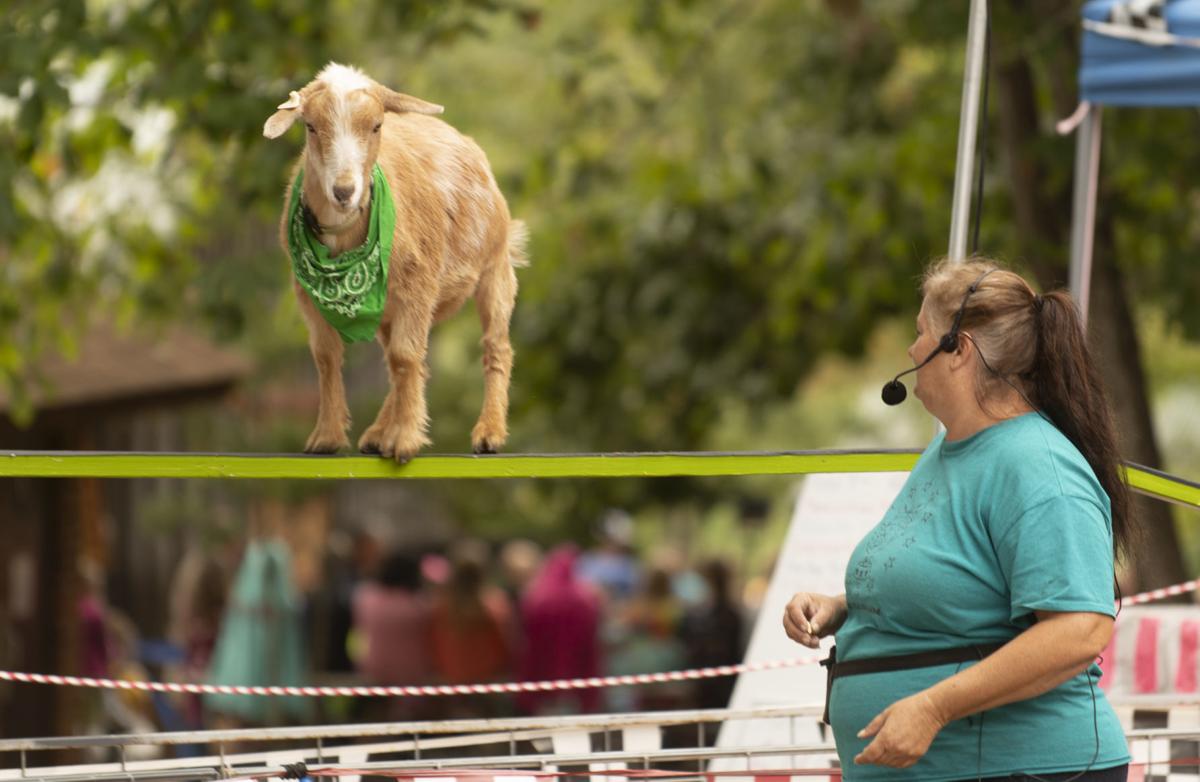 Animal trainer Unity Timberlake of Tampa, Fla., demonstrates the agility of Han the goat during a demonstration of farm animals to third graders at the Franklin County Agricultural Fair. 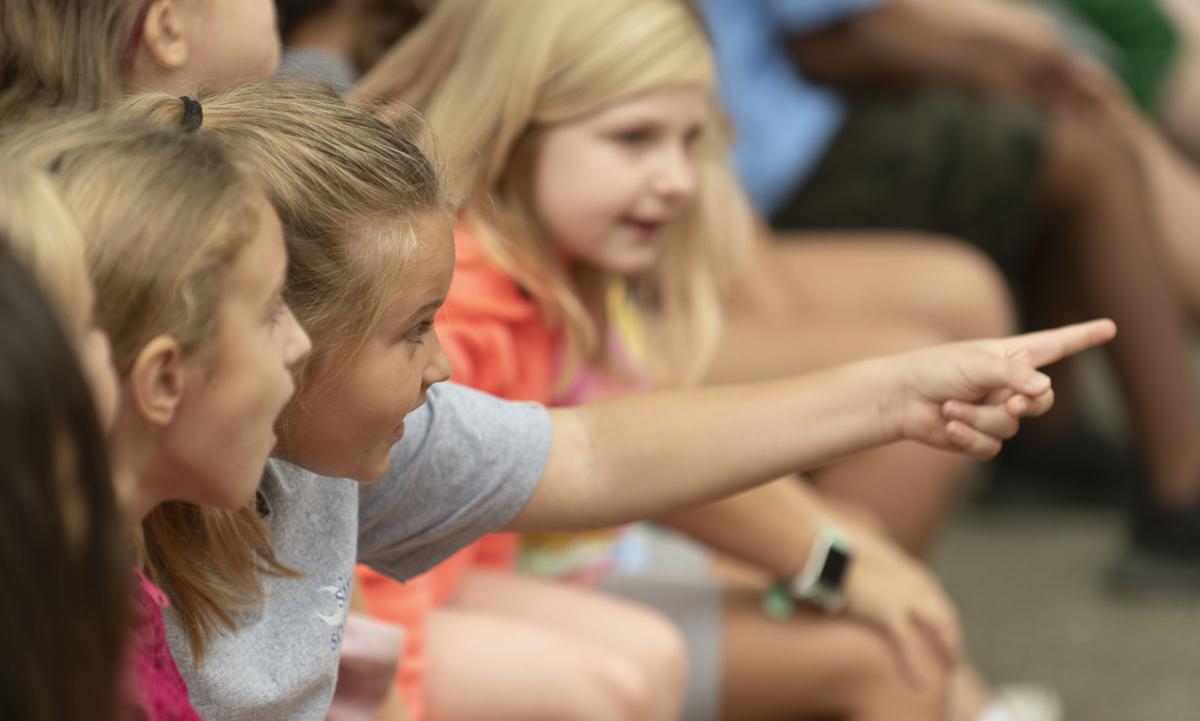 Ellie May, a Jersey cow, is ready to be milked by LaVaun Janney of Rockingham County as part of the Franklin County Agricultural Fair.

Animal trainer Unity Timberlake of Tampa, Fla., demonstrates the agility of Han the goat during a demonstration of farm animals to third graders at the Franklin County Agricultural Fair.

ROCKY MOUNT — Before the third graders could be introduced to Ellie May, they were warned about one of the Jersey cow’s odd mannerisms.

Ellie May picks her nose with her tongue, said LaVaun Janney, a mobile dairy classroom instructor. It might seem gross to humans, but she assured the kids it was just a “cow thing.”

“Cows pick their nose when they’re happy and healthy and normal,” Janney said.

But it was clear when Ellie May was released from her enclosure that the kids were not put off by this fact. They happily greeted her with an enthusiastic “Hi, Ellie May!”

The mobile dairy classroom is an attraction at the Franklin County Agricultural Fair, which kicked off Wednesday and runs through Saturday.

On Thursday, third-graders from each of the county’s elementary schools got early access to the event.

Janney drives the mobile dairy classroom around the state to educate people on where milk comes from and how it ends up in the consumer’s refrigerator, a promotional initiative funded by Virginia dairy farmers.

“We’ve got to make sure that we’re talking to students in particular about where milk comes from,” she said.

During the presentation, Janney said studies have shown some American adults believe chocolate milk comes from brown cows. She debunked that theory by milking Ellie May, showing that the brown cow produced white milk.

Though it’s consumed cold, the milk released from the cow’s udder is warm, Janney explained. Before milk can be purchased at grocery stores, she said, it’s cooled, tested, pasteurized and homogenized.

Janney rattled off Ellie May’s stats. She weighs about 800 pounds, eats around 50 pounds of food a day and drinks more than a bathtub full of water daily. As a result, Janney said, Ellie May has to go to the bathroom often.

She described Ellie May as an “indiscriminate bathroom user,” telling the children that a cow will make any patch of land its restroom.

Students from Henry Elementary School were impressed with the presentation.

Levi Peters said the mobile dairy classroom was “educational.” He discovered that a machine was used to milk cows; Peters expected the milking to be done by hand.

Cows were not entirely unfamiliar to Molly Byrd. Her grandparents’ neighbors have cattle, so she’s gotten an up-close look before.

But she still learned something new on Thursday: Even as calves, cows are big. Janney showed the students a picture of a group of calves and told them a week-old calf might weigh 80 pounds or so.

“Ellie May is a good cow,” Braylen Meekins said confidently. “Look at her.”

He gestured toward the cow, quietly munching away at her food. Braylen noted she’d been very well-behaved.

The Franklin County Agricultural Fair welcomed third graders from across the county on Thursday. The fair runs through Saturday.

For more information, including a schedule of events, visit: http://fcagfair.com/

ROCKY MOUNT — A month after celebrating the start of construction for the first business at Franklin County’s Summit View Business Park, offic…