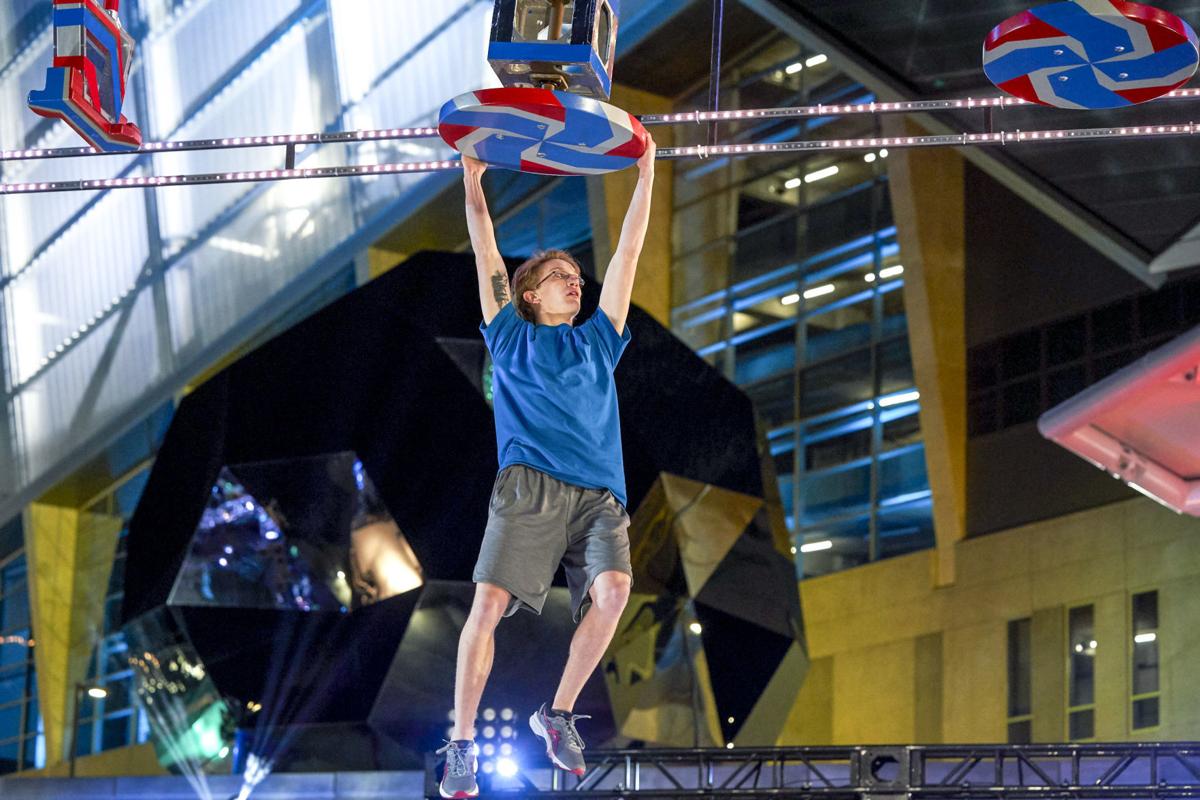 Jody Freeman competes in an episode of “American Ninja Warrior.” He earned a spot in the finals competition in Las Vegas. 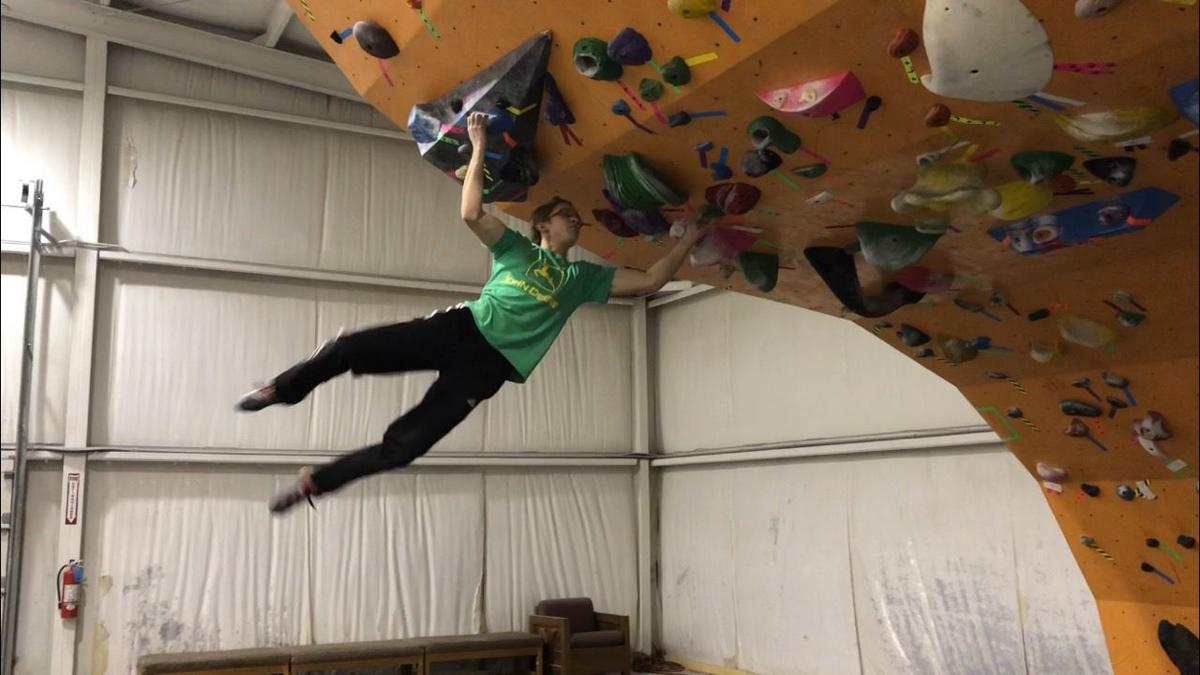 Jody Freeman trains at Crimper’s Climbing Gym in Christiansburg. He said that when he graduates from college he wants to continue in the warrior competitions. 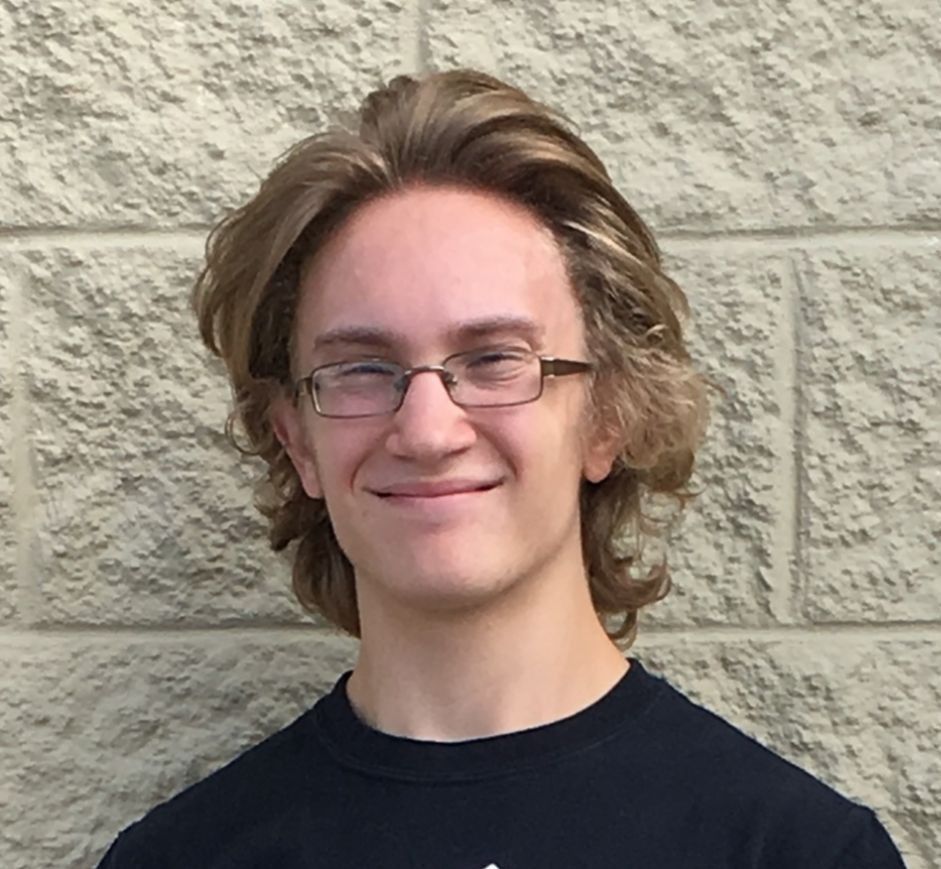 Jody Freeman competes in an episode of “American Ninja Warrior.” He earned a spot in the finals competition in Las Vegas.

Jody Freeman trains at Crimper’s Climbing Gym in Christiansburg. He said that when he graduates from college he wants to continue in the warrior competitions.

CHRISTIANSBURG — If you can build it, Jody Freeman can probably climb it.

Freeman, according to his sister Korin, has always been someone who had that interest.

“He’d always been a monkey kid climbing on everything, and my parents signed him up for a class and he ended up loving it,” she said.

Shortly before Freeman, 19, of Blacksburg, began more extensive climbing, he saw the NBC show “American Ninja Warrior” and said he was instantly hooked. He knew after seeing it that it was something that he wanted to do one day.

And there was no reason to doubt that Freeman — a machine technology major at New River Community College — would scale that goal. He’s been through some obstacles.

He was born prematurely, weighing less than five pounds, and he suffered from a condition called omphalocele, a birth defect where abdominal organs can be outside of the body due to an opening in the navel area. He had to have corrective surgery to put his liver back inside his body.

It’s hard to argue against what that did to his resolve.

“Jody is very unique. … Since his first day, he’s had a focus not many kids have and his athleticism. He has a huge, very unique athletic prowess,” said his trainer, Danielle Goodspeed, co-owner of Chistiansburg’s Crimper’s Climbing Gym, where Freeman trains.

Goodspeed said while there are some close seconds, she’s never coached a climber as gifted as Freeman. She said with his combination of athleticism, work ethic and competitive drive, there is no telling how far he could go as a climber, or as a ninja warrior.

The warrior competitions — centered on obstacle courses — are growing thanks in large part to the NBC show. The sport requires a mix of strength, endurance, speed and climbing.

Freeman said there are even pro leagues that compete throughout the year.

He applied for American Ninja Warrior’s Season 11 earlier this year after the age requirement went from 21 to 19. He completed the application process that included questions about his athletic history and his personal story. Between his story and his qualifications and a climber, Freeman received a call a few months later confirming he’d been chosen to compete on the show.

Although filmed in March, the show didn’t air until the end of July.

In his first show appearance, he competed in the Atlanta regional for a chance to make it to the Las Vegas national finals. Freeman came up just short of completing the course, but still finished high enough in the standings to qualify for the national competition taped in June.

Freeman talked about the atmosphere and what it was like to compete against some of the people he’d seen on TV.

“It was pretty awesome. I knew if I could get through night one in Atlanta I’d have a good shot of making it to Las Vegas,” he said. “It’s surreal being there and having everyone cheering for you.”

Freeman was joined by his parents and two sisters as well as his good friend in Atlanta, but only Korin and his parents were able to come to Las Vegas for the finals. He said his family has been supportive from day one and his dad even helped him build some obstacles in the back yard in Blacksburg.

“It was so crazy seeing him compete and watching him fulfill a dream of his,” Korin said. “My favorite part was when a kid came up to him and asked him for his autograph after one of his runs.”

Week one of the national competition aired last week without an appearance from Freeman, but he expects his appearance to be on as soon as Monday if they show his stage-one run.

He said that often times people get cut out of the show, and that could potentially happen to him. Freeman is not legally allowed to talk about the results before they air, so only he and his family know how far he made it in the final competition.

At 5’5’’ and 115 pounds, Freeman breezed through the Atlanta course until he had to push two floor pieces open and climb through them. He wasn’t able to do that, but thinks he will be more prepared the next time around.

“I am already working on how I can get better next year. I need more raw strength, so I’m doing more weight training,” he said.

Freeman said he still has lots of goals in the sport, and he plans to move somewhere after graduating where he can reach his full potential.

“A lot of people have goals that deal with their profession but that’s not really me. I want to do a lot more with climbing and the warrior competitions,” he said.

Goodspeed said she believes Freeman has a long career ahead of him.

“I told him ‘if you don’t win this year it doesn’t matter. This could be your career for the next 10 years.’”