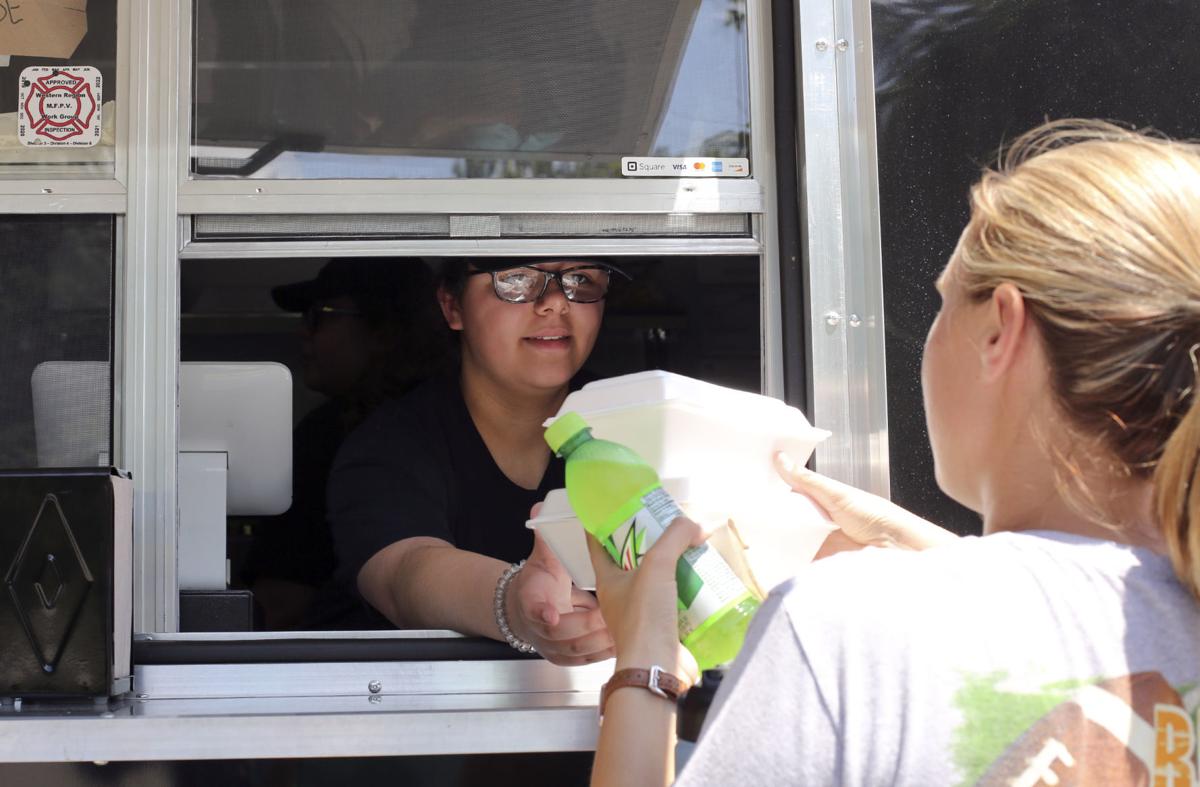 Alexis Deese serves from the Big D’s BBQ & Ribs food truck at the Virginia Tech Corporate Research Center. The university is permitting more food trucks to set up on campus during this school year due to an unexpected influx of students. 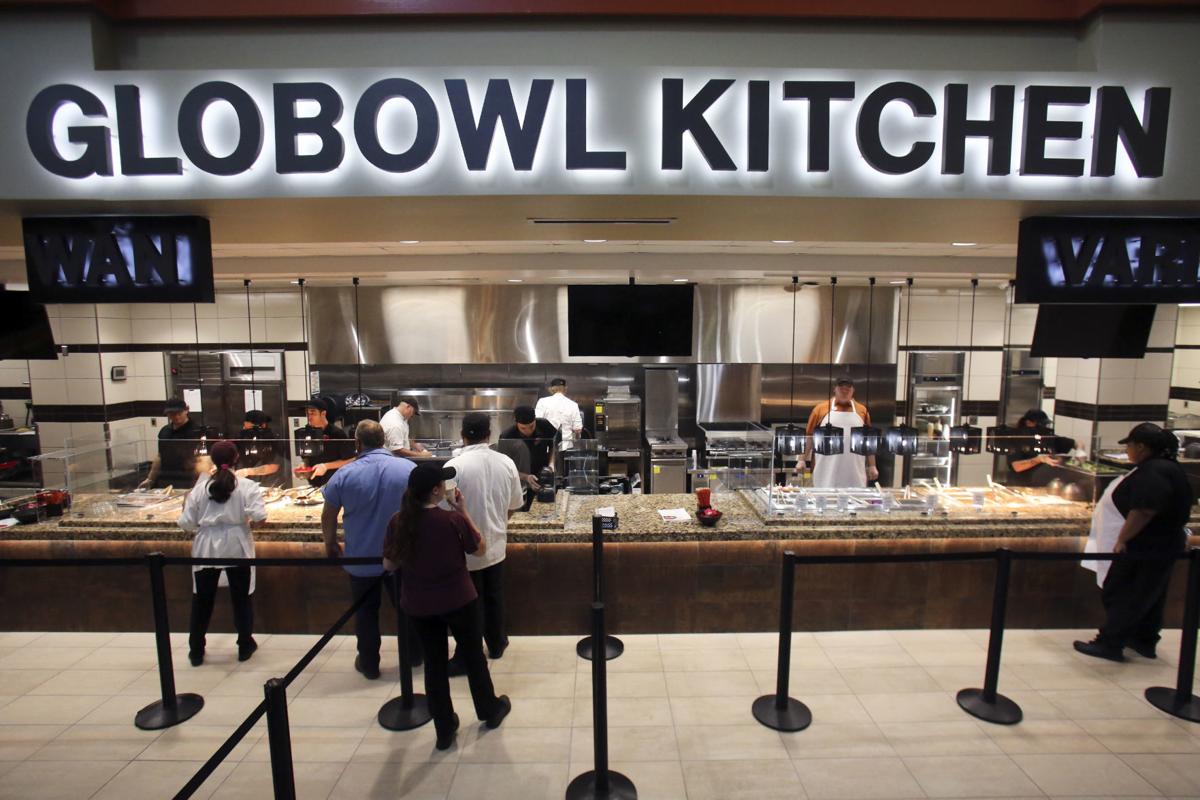 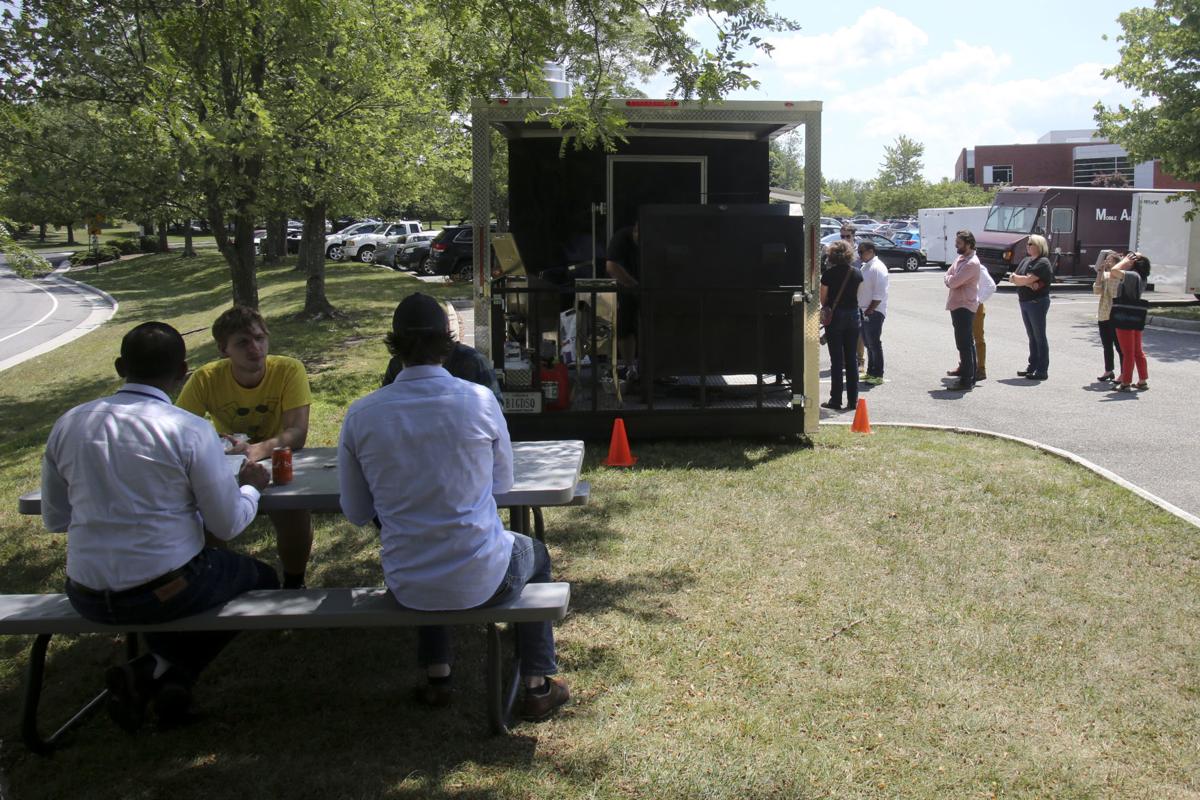 Customers line up for Big D’s BBQ & Ribs food truck at the Virginia Tech Corporate Research Center earlier this month. Big D’s is one of several food trucks that have applied to serve on campus this fall.

Alexis Deese serves from the Big D’s BBQ & Ribs food truck at the Virginia Tech Corporate Research Center. The university is permitting more food trucks to set up on campus during this school year due to an unexpected influx of students.

Customers line up for Big D’s BBQ & Ribs food truck at the Virginia Tech Corporate Research Center earlier this month. Big D’s is one of several food trucks that have applied to serve on campus this fall.

BLACKSBURG — Hokie students are going to have plenty to gobble up when they get back to school.

Virginia Tech is eyeing a number of options to make sure the influx of students arriving soon is well fed.

The school is extending dining hall hours, expanding grab-and-go options and even inviting a handful of private food trucks to park on campus around lunchtime throughout the year. All without letting quality fall by the wayside, according to a school spokesman.

“Virginia Tech Dining Services has been ranked in the top 10 programs in the nation each year, at times rising to the very best,” Tech spokesman Mark Owczarski said. “Our commitment to quality service has never and will never change. Virginia Tech knows how to deliver top quality on-campus dining and we will continue to do so.”

In July, Tech’s dining services added another accolade as the No. 1 “Best College Food in America,” according to Niche.com. The dining scene of the Blacksburg campus consistently ranks among the best in the country.

And students certainly enjoy eating on campus, with a majority of them signing up for a meal plan. In a typical year, the school has about 18,000 students with the plans, according to Owczarski.

The university is taking one novel approach by having outside vendors expand dining options via food trucks.

Seven food trucks will set up shop as the school braces for an influx of students next year because of over-enrollment and are slated to be available in eight locations across campus from late August through November.

The trucks are a good option for students rushing across campus or who want a quick bite to eat outside of traditional dining halls, he said.

According to Owczarski, the trucks that will likely be available on campus starting Aug. 26 are:

Tech has operated its own food truck duo, The Grillfield and Periodic Table, for three years. Those trucks will continue to operate alongside the private ones during the pilot period.

There is no fee for the trucks to park on campus, they’re simply invited to be there. The trucks won’t accept dining dollars and will be available to anyone who wants a quick bite to eat.

Claiming a spot on campus was a no-brainer, said David Deese, owner of Big D’s BBQ & Ribs. The Goodview-based food truck is slated to be on campus Monday through Wednesday in a few different locations during the semester.

Big D’s has set up in Virginia Tech’s Corporate Research Center as well as at special events on campus.

“Business is always good for us in Blacksburg,” he said.

On campus, traditional brick-and-mortar eateries will also be open for longer. Those extended hours will be:

But how will Tech dining stay open for extended periods? At times in the past, the university has struggled to maintain dining hall hours because of a lack of employees.

The university is also trying to give workers incentives. A student worker, hired before Oct. 1 of this year, who works 500 hours or more during the academic year will get a $1,000 one-time bonus.