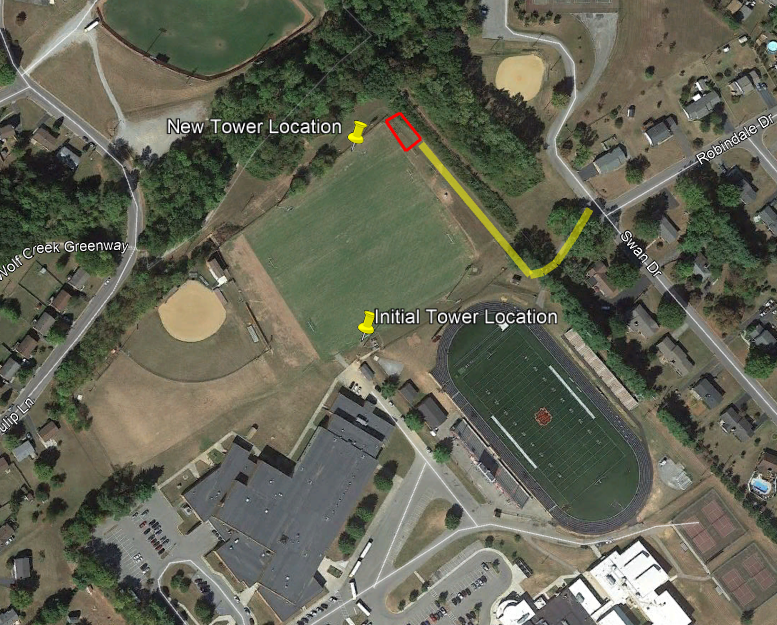 The location of a proposed cell tower at William Byrd High School. The company changed the original location of the tower based on feedback from Roanoke County School Board Vice Chairman Tim Greenway and school administrators. 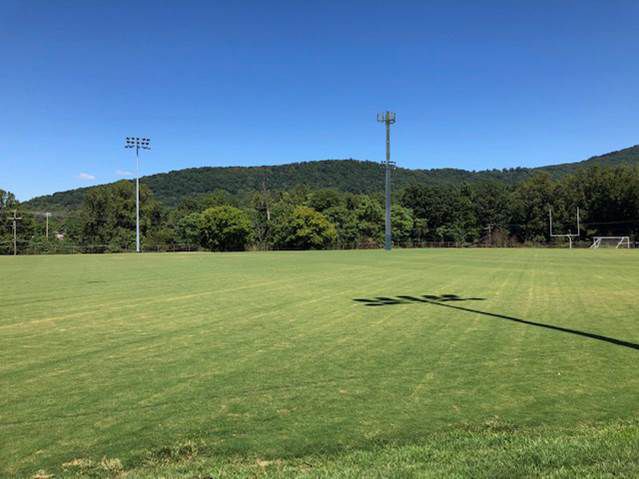 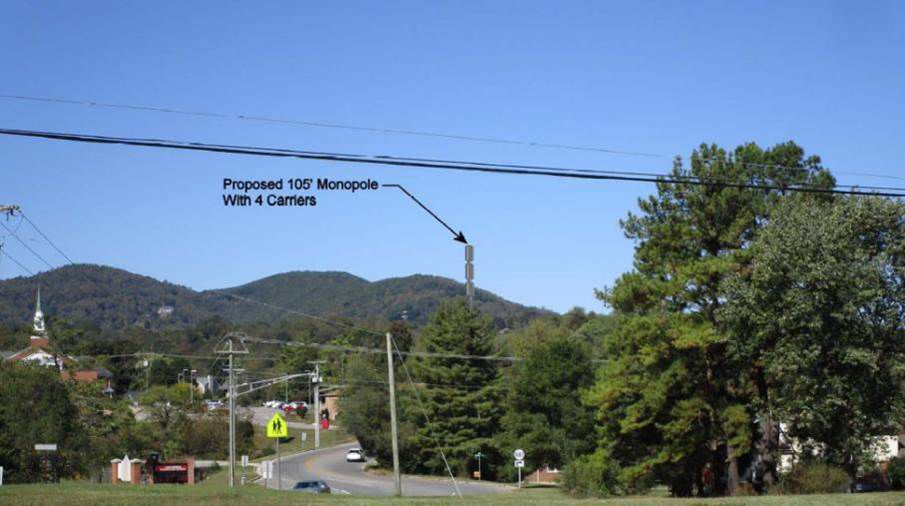 A photo simulation of what a new cell tower on Cave Spring Middle School property would look like from Ranchcrest Drive. 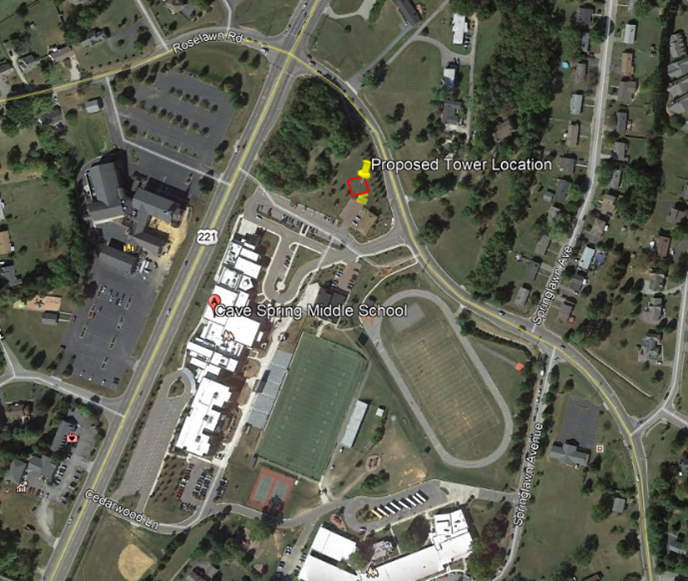 The location of a proposed cell tower at William Byrd High School. The company changed the original location of the tower based on feedback from Roanoke County School Board Vice Chairman Tim Greenway and school administrators.

A photo simulation of what a new cell tower on Cave Spring Middle School property would look like from Ranchcrest Drive.

The company needed the school board’s initial blessing before meeting with Roanoke County planning and zoning staff and applying for a conditional use permit.

If the supervisors approve the permit, the school board still would decide the ultimate fate of the tower projects. Milestone needs school officials to agree to lease the properties.

Milestone, based in Fairfax County, builds cell towers through partnerships with school boards and other local government bodies. Verizon, AT&T and other wireless carriers can then rent space on the poles to expand cell coverage.

Roanoke County could benefit from the partnership financially. Milestone would share 40% of its revenue from each tower with the school system, along with a $20,000 one-time fee and $5,000 each time a carrier receives permits.

According to the company, Milestone has developed more than 180 wireless towers since its creation in 2000, and manages potential sites in Virginia, Maryland, Delaware, North Carolina, South Carolina, Florida and Washington, D.C.

Milestone President Len Forkas and project manager Chris Harold have also presented concepts to the board over the last year. The company representatives said they’ve received interest from at least one carrier at both sites.

Harold told the school board on Thursday that the company would replace an existing light pole on the athletic practice field at William Byrd High with a 120-foot monopole.

The proposed tower site at Cave Spring Middle is about 100 feet tall. It would be built near the Roanoke County police substation on school property. Originally, the company wanted to replace a light pole on the football field.

Harold said the company plans to install either a monopole or panel tower on the Cave Spring Middle property.

He presented photo simulations to demonstrate the towers’ visibility — or lack thereof — from different viewpoints in the neighborhoods close to the schools.

Harold said the company will work to notify school faculty and staff, students and other members of the nearby community of its intentions during the planning stage. The company will also hold “town hall” events and create a website to provide more details, Harold said.

School board member Mike Wray asked if the company knew of any risk related to proximity to cell towers.

Harold said “There’s been no definitive evidence of any harm” because of cell towers, according to reports by national health organizations.

School board Chairman Don Butzer said the board understands the need for community input on the proposed projects.