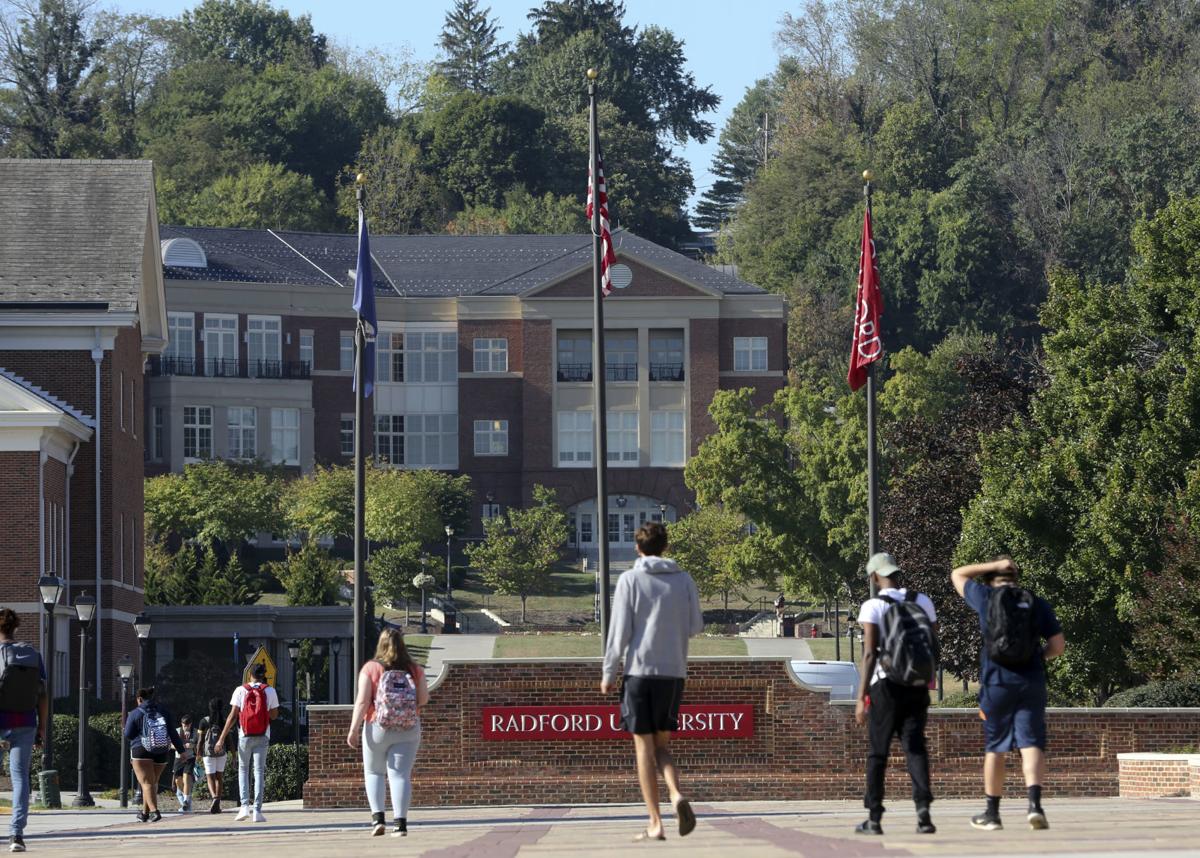 Students cross the Radford University campus during a class change Thursday. Some students oppose a new policy that charges more for credit hours above a 16-hour per semester cap. 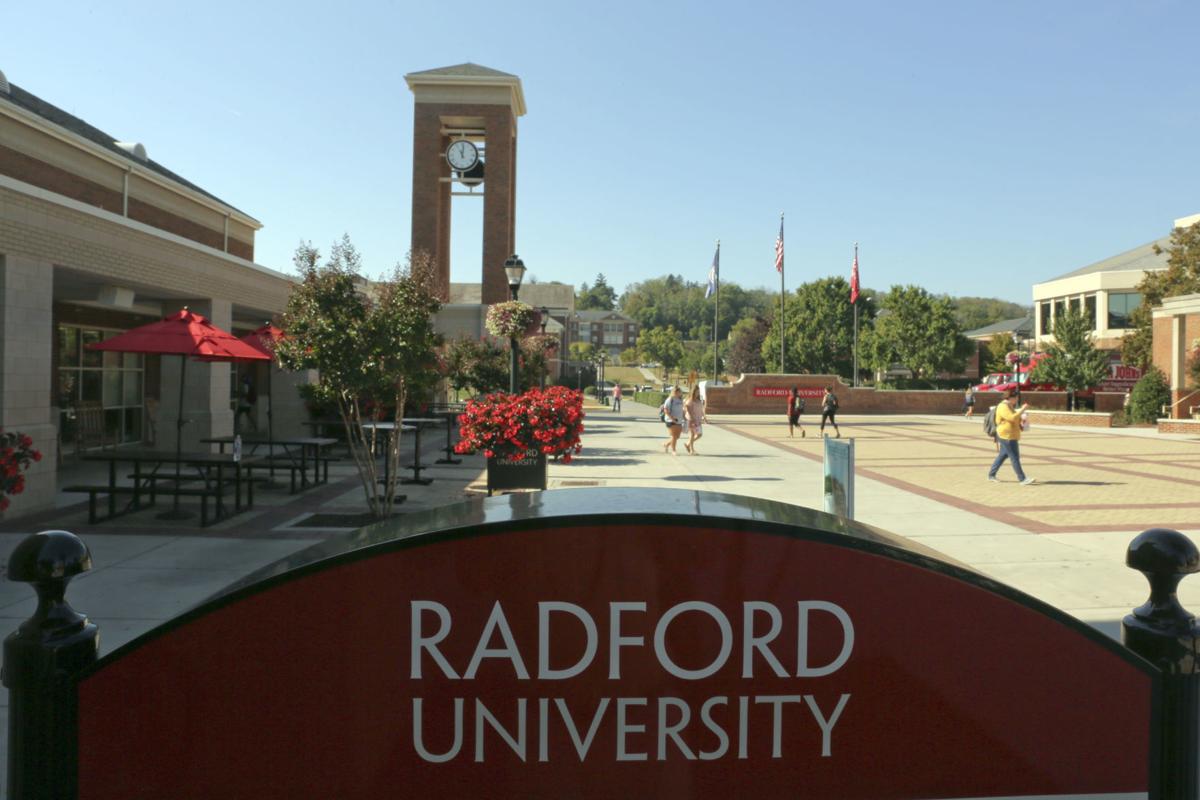 Students cross the Radford University campus during a class change on Thursday.

Students cross the Radford University campus during a class change Thursday. Some students oppose a new policy that charges more for credit hours above a 16-hour per semester cap.

Students cross the Radford University campus during a class change on Thursday.

RADFORD — Some Radford University students oppose a new policy that will charge more for credit hours above a 16-hour per semester cap.

Starting next fall, students who take more credit hours will pay an additional $329 per credit. Students have publicly voiced their concerns with the university’s unveiling of the new policy and the burden it will put on students required to take more credits a semester to graduate on time.

“In lieu of charging all students greater levels of tuition and fees, this method allows for students taking more classes to pay the additional cost of their course load and related instruction,” Scaggs wrote in an email.

President Brian Hemphill wrote in an address to the campus over the summer that the new policy would only affect 12% of the total student body.

Honors College students Matt Shuma and Hannah Stewart are aiming to get the policy overturned. Stewart wrote in a joint email to The Roanoke Times with Shuma that it should “be replaced with an equitable tuition policy without discriminating against certain students.”

“That could look a few different ways for Radford, but it does not look like this current 16-credit rule,” she wrote.

Stewart, a senior biology and psychology major, said it also hurts students planning to double-major, pursue a minor or participate in research and internships, which often require additional credits.

“This policy discriminates against students who are following their passions and getting involved on their campus. These students should be encouraged, not disincentivized,” she wrote.

The two upperclassmen recently held an open forum attended by well over 100 students to discuss the policy. A recurring theme from other students who spoke at the forum was affordability.

Many shared their stories about barely making ends meet, and the burden of unexpected costs. More than a few students said if the policy was intact when they came to the school they would’ve enrolled at other universities.

Wendy Kang, director of finance policy and innovation at the State Council of Higher Education for Virginia, said public universities use there are different models to determine tuition costs. George Mason charges additional fees for anything over 15 credits, and Virginia Commonwealth’s tuition is paid for per credit hour but anything over 15 is half price, she said. Virginia Tech doesn’t have a credit limit, but charges extra fees for certain majors and the University of Virginia charges different tuition rates depending on the major.

Shuma, a junior majoring in biology, said he was concerned with the lack of transparency from the administration. The policy was passed by the school’s Board of Visitors in early May, but Shuma said students didn’t receive notice of the change until a campus-wide email was sent a week later with the information “noted in the 23rd paragraph of a 55 paragraph article.”

“The decision to delay implementation was made in an effort to provide additional time for students to plan for the change,” she wrote.

“I think everyone agrees … the communication on the roll out of this policy was not good … we [faculty] were as surprised as anybody,” he said after the student forum.

Fox said a subcommittee has been formed to discuss the policy and hopes to talk with administration to see if departments could possibly have time to rework majors so that students can graduate on time without the extra fees.

“Having said that, I don’t know exactly how I feel about it, because on one hand extra credits are more services used so it makes a certain amount of sense. On the other hand, it is disincentivizing some of the things we consider signature programs,” he said.

Scaggs said that campus consideration is not typically solicited in advance of tuition and fee actions by the BOV, but that will change this year.

“For 2020 and moving forward, the Commonwealth of Virginia is requiring institutions to provide for and consider public comment prior to any tuition and fee actions,” she wrote.

Although Stewart graduates in December, she and Shuma will continue to work to overturn the policy. They had a meeting scheduled with the Vice President for Finance and Administration Chad Reed on Friday, and President Brian Hemphill told the students to schedule a meeting with him as well.

Stewart said despite her leaving in December, it is important for her to fight for current students to have the same opportunities she was afforded.

“Matt and I have had the opportunity to have a really integrative experience here at Radford,” she said in an email. “It is one of the reasons that we have chosen to stay here and it is also the reason we want to make sure that we preserve these same opportunities for future highlanders.”

"Students taking additional credit hours generate additional costs for the university." Isn't that kind of obvious? I don't know what the students are talking about when they say it's not "equitable." Most undergraduate degree programs are 120 credits. That means 8 semesters at 15 credits per semester earns your degree. A lot of students change programs, which incurs additional credits, but then, many students also enter with several credits already on their transcripts because of AP or DE. I totally agree with the RU administration that this new policy is fair: You get what you pay for. The "Honors" students who are complaining it's not "equitable" -- have they burdened their transcripts with extra "honors credits" (mostly fluff courses that are more about career advising than they are academic content)? RU could soften the blow to incoming students by looking through its programs and seeing what's not really needed academically. And if they do have programs that require more than 120 credits, of course they should offer a higher credit allowance for those.