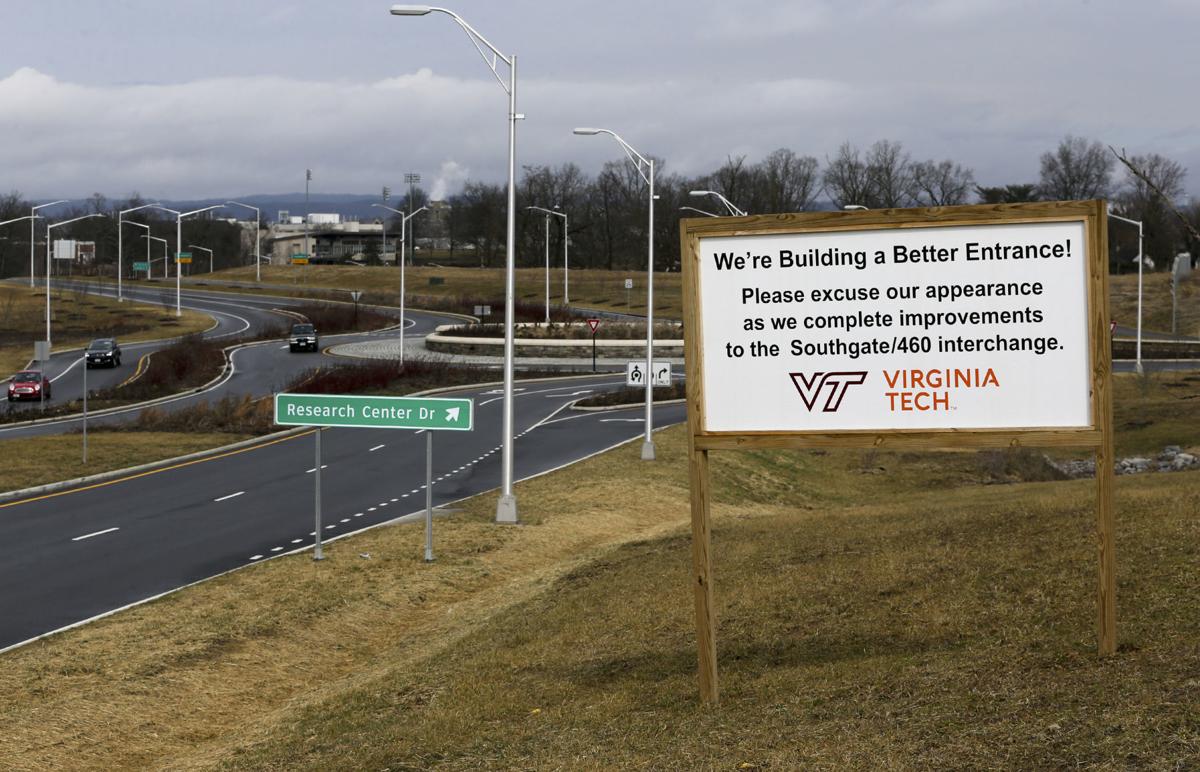 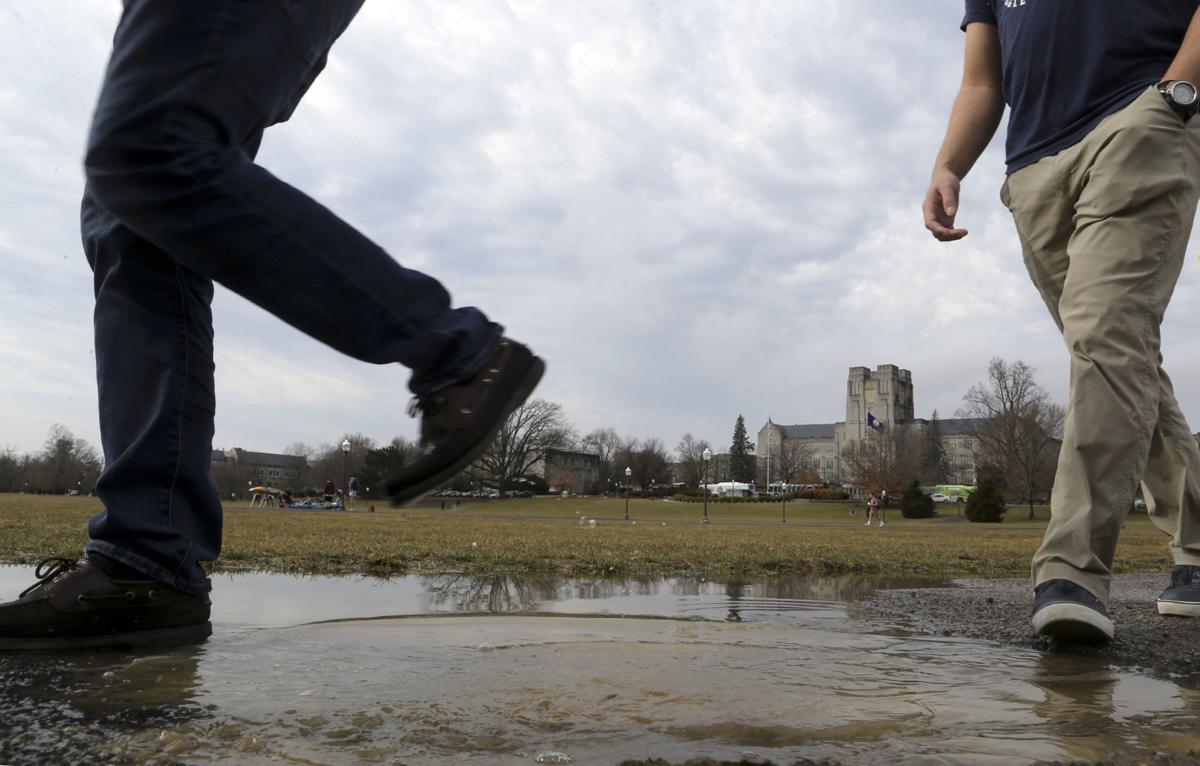 Ripples from Amazon’s splashy move to open HQ2 in Northern Virginia will be felt in Southwest Virginia, specifically on Virginia Tech’s Blacksburg campus. Over the next five to eight years, Tech plans to grow its undergraduate enrollment by 2,000 as well as add 130 faculty members. 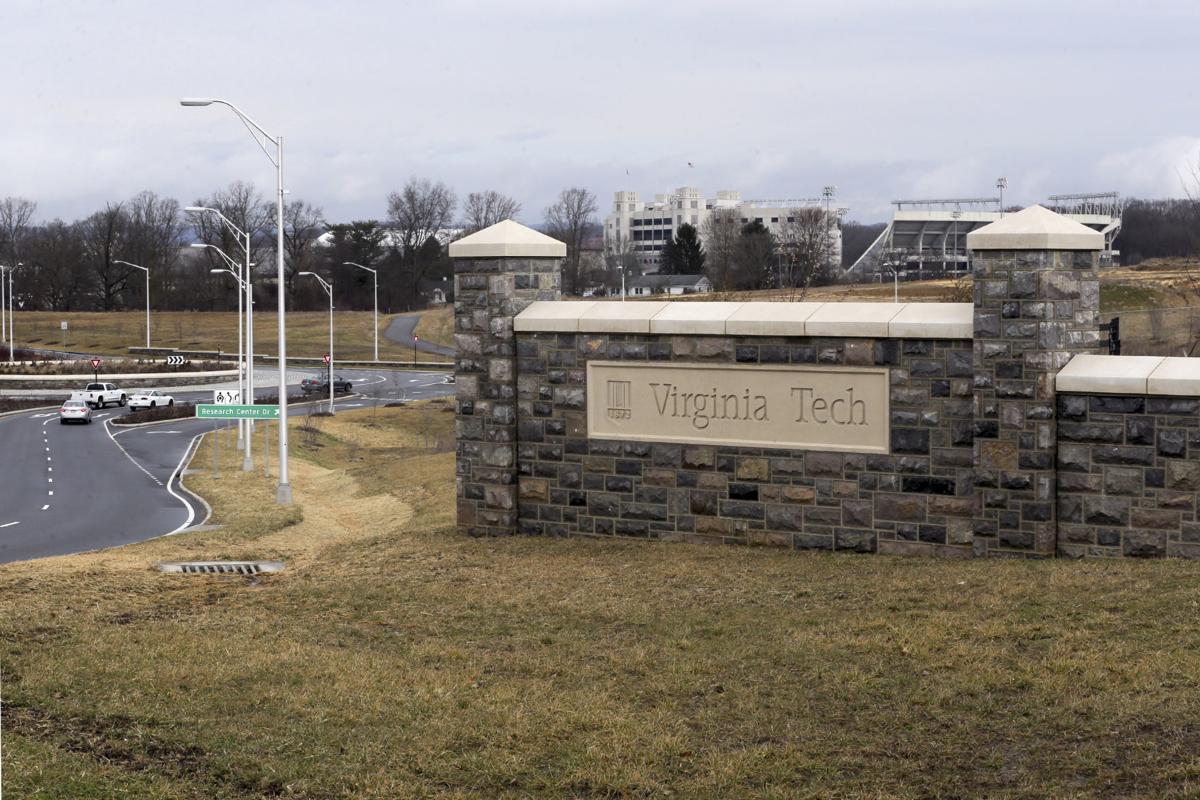 Virginia Tech leaders say the university and the town of Blacksburg are prepared for considerable growth in coming years.

Burruss Hall, as reflected in a puddle on the Drillfield Thursday. The ripples from Amazon’s splashy move to open HQ2 in Northern Virginia will be felt in Southwest Virginia, specifically on Virginia Tech’s home campus.

Ripples from Amazon’s splashy move to open HQ2 in Northern Virginia will be felt in Southwest Virginia, specifically on Virginia Tech’s Blacksburg campus. Over the next five to eight years, Tech plans to grow its undergraduate enrollment by 2,000 as well as add 130 faculty members.

Virginia Tech leaders say the university and the town of Blacksburg are prepared for considerable growth in coming years.

Burruss Hall, as reflected in a puddle on the Drillfield Thursday. The ripples from Amazon’s splashy move to open HQ2 in Northern Virginia will be felt in Southwest Virginia, specifically on Virginia Tech’s home campus.

BLACKSBURG — The waves from Amazon’s splashy move to open a new headquarters in Northern Virginia will be felt on Virginia Tech’s home campus.

Over the next five to eight years, Tech plans to grow its undergraduate enrollment in computer science and related fields by 2,000 as well as add 130 more faculty jobs.

It’s growth that will be “transformative for the region,” Tech President Tim Sands said.

The jobs are particularly beneficial to the local economy and to Tech’s research output, said Theresa Mayer, the school’s vice president of Research and Innovation.

The researchers Tech will pursue will be the best of the best, Mayer said. Many will bring with them big money grants and teams of students and other researchers.

“As we think about the research enterprise and what this package brings beyond our ability to really meet critical needs in the area in talent, we’re also really enhancing our research and we can do that in a strategic way across our campus,” Mayer said.

The Blacksburg and Roanoke growth, which Tech officials were putting a fresh emphasis on in interviews this week, comes on the heels of the announced $1 billion innovation campus the school plans to open in Northern Virginia in the coming years. Tech and the state have both already pledged $250 million each to the innovation campus project, which will host hundreds of technology-related graduate students.

The Southwest Virginia growth will rely greatly on state support. That could come in the form of General Assembly legislation to create what’s known as a “tech talent pipeline.” That legislation includes up to $800 million in state money over two decades supporting growth in computer science and related fields by 25,000 undergraduate degrees across Virginia college campuses by 2039.

Separate legislation for $750 million in tax incentives in exchange for Amazon creating almost 40,000 high paying jobs was passed this week.

So far, bills supporting higher education funding have passed overwhelmingly in the state Senate and House of Delegates earlier this week and are now crossing over into the opposite chambers.

Funding allocations for the program are yet to be specifically determined in the state budget as lawmakers in Richmond work to put that together before the legislative session ends early next month.

Other schools are participating as well.

Radford University will “positively impact” the tech talent pipeline in Virginia through its cybersecurity-related IMPACT program, as well as its traditional, face-to-face programs housed in the Artis College of Science and Technology, according to a statement from RU President Brian Hemphill.

Those graduates from New River Valley schools won’t just be receiving diplomas and heading up Interstate 81 to work for Amazon in Northern Virginia, though. The hope is they will fill jobs for regional tech companies like Torc Robotics, Block.one and 1901 Group, Tech leaders said.

“It’s the right thing for the state to be doing and it’s an exciting opportunity for our college.”

The school has already begun increasing the number of students in high tech fields, adding about 100 students to the College of Engineering each year for the last several years, Ross said.

“This continues the trajectory we’ve been on,” Ross said.

That growth has prepped for more new students, she said.

Tech’s Department of Computer Science looks to take on a large share of the growth. Currently, Tech graduates about 300 computer science students a year. The goal is to double each cohort in the next five to eight years, said Department Head Cal Ribbens.

The department has about 45 teaching faculty in Blacksburg. The goal is to grow that number to 85 in Southwest Virginia while also growing the number of faculty in Northern Virginia from about a half dozen to about 30, Ribbens said.

Recruiting those faculty members will be a challenge. Computer science faculty are in high demand across the country, he said. The Amazon deal, though, has added a little pizzazz to Tech’s pitch toward talent.

As far as how Tech as a whole can handle hundreds more students in each cohort in the coming years, the school has long been prepped for that, Sands said.

The university’s goal has been to increase enrollment to 30,000 undergraduate students on the Blacksburg campus by 2022 under Sands.

“This gives us some direction, some focus,” Sands said.

Tech’s undergraduate enrollment is currently 27,140, according to the school’s factbook, and Blacksburg and the Tech campus will be prepared for the fresh influx of students, Sands said.

Improvement and construction projects will be critical to handling that growth on campus.

Sands pointed to projects like the renovation of Holden Hall, a new dining facility as part of the Hitt Hall construction, eventually replacing Slusher Hall and building a new dormitory where the University Club was previously located as proof the campus can absorb new students. A new multimodal transportation facility will also aid in helping students, faculty and staff get on and off campus.

But more renovations and buildings will be necessary if Tech wants to stay on the cutting edge, Sands said. He wants to add more classroom and lab facilities as well as renovate other existing buildings.

That will all come in time, though. There’s always work to be done on the evolving college campus, he said.

“It’s not something that scares us,” Sands said. “We’re excited.”

ST. PAUL — Amazon officials made their first visit to far Southwest Virginia this week to give local legislators and economic development lead…