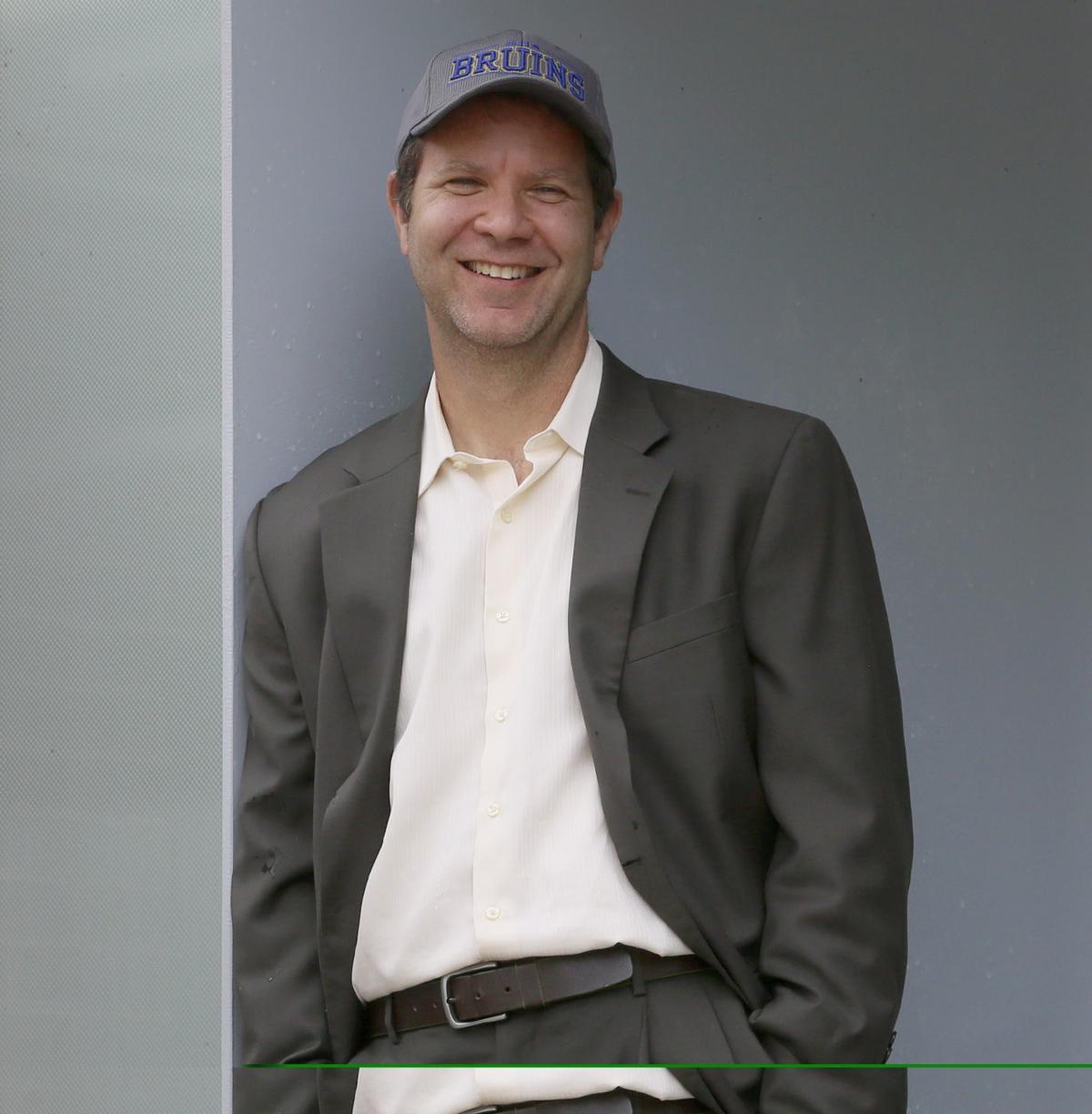 Michael Ermann is the founder of The Olive Book and develops math content for the course. He is a tenured full professor at Virginia Tech’s School of Architecture + Design.

An example of a tutorial from The Olive Book.

Michael Ermann is the founder of The Olive Book and develops math content for the course. He is a tenured full professor at Virginia Tech’s School of Architecture + Design.

An example of a tutorial from The Olive Book.

BLACKSBURG — Throughout his years of teaching and tutoring in schools, Michael Ermann said he finds a great deal of people learn much more easily through the use of visuals.

That direction is what Ermann and a few of his academic peers apply to The Olive Book, a relatively new online platform that provides intensive preparatory courses on the ACT and SAT exams.

“We’re all visual learners,” said Ermann, founder of The Olive Book and an architecture professor at Virginia Tech. “Research suggests that the more senses we can engage, the better and longer we can recall it [information].”

The Olive Book launched in late 2019, but Ermann said the tool is perhaps more convenient to use now because current school closures have required students to do all of their class work at home. That circumstance, he said, is leading many students to look for academic content that can be quickly accessed from their homes.

“It’s a series of practice questions, practice exams,” he said. “We just felt like if everyone’s home from school, we can do our part.”

The platform, Ermann said, addresses two groups: students who are visual learners and those with either an ACT or SAT already scheduled.

Additionally, The Olive Book is currently free of cost to use until Aug. 1. The platform’s operators did previously charge users, but decided to temporarily waive costs in light of the ongoing COVID-19 pandemic, Ermann said.

The Olive Book’s preparatory courses consist of a multitude of lessons distributed across various sections that the students are tasked with completing. The SAT sections, for example, include one titled “Math” and another named “Writing and Language.”

In addition to providing overviews of the subjects encountered on the two college entrance exams, The Olive Book presents questions typically seen on the two tests and proceeds to provide a detailed breakdown of the correct answers.

The platform, however, does make the questions appear tougher than they would otherwise look on the official exams, Ermann said. The prep courses’ questions are deliberately framed that way in an attempt to make the real tests a little easier to take, he said.

The visuals include animations of both math problems and circles that are used for helping users better understand concepts such as diameter and radius.

There are also more lighthearted visuals such as a walking olive.

Ermann said what moved his team to launch the platform was simply the belief that they could provide more proficient prep courses.

A component that Ermann said is lacking in a number of other online platforms is the use of animation, on which he said The Olive Book tries to lean.

Ermann said his experience has shown him that many students are more likely to retain information when it’s presented in a more immersive way, as opposed to having it simply lectured.

The other goal with The Olive Book — as is the case with numerous other ACT and SAT preparatory materials — is to help students recall concepts they may not have dealt with in a few years, Ermann said.

In addition to being the founder, Ermann develops math content for the platform and lends his voice to many of the videos.

The other course content creators cover math themselves, as well as science and English, according to The Olive Book website. They all have extensive experience teaching in middle and high schools.

“From the point of view of the community, The Olive Book can keep them on track for free until Aug. 1,” Ermann said, referring to students.

After Aug. 1 — when the platform resumes charging prices — The Olive Book will cost $390 for six months, but Ermann said users will be able to get half of that amount back if they complete the course in three months.

Those interested in the courses can visit the platform at www.olive-book.com.