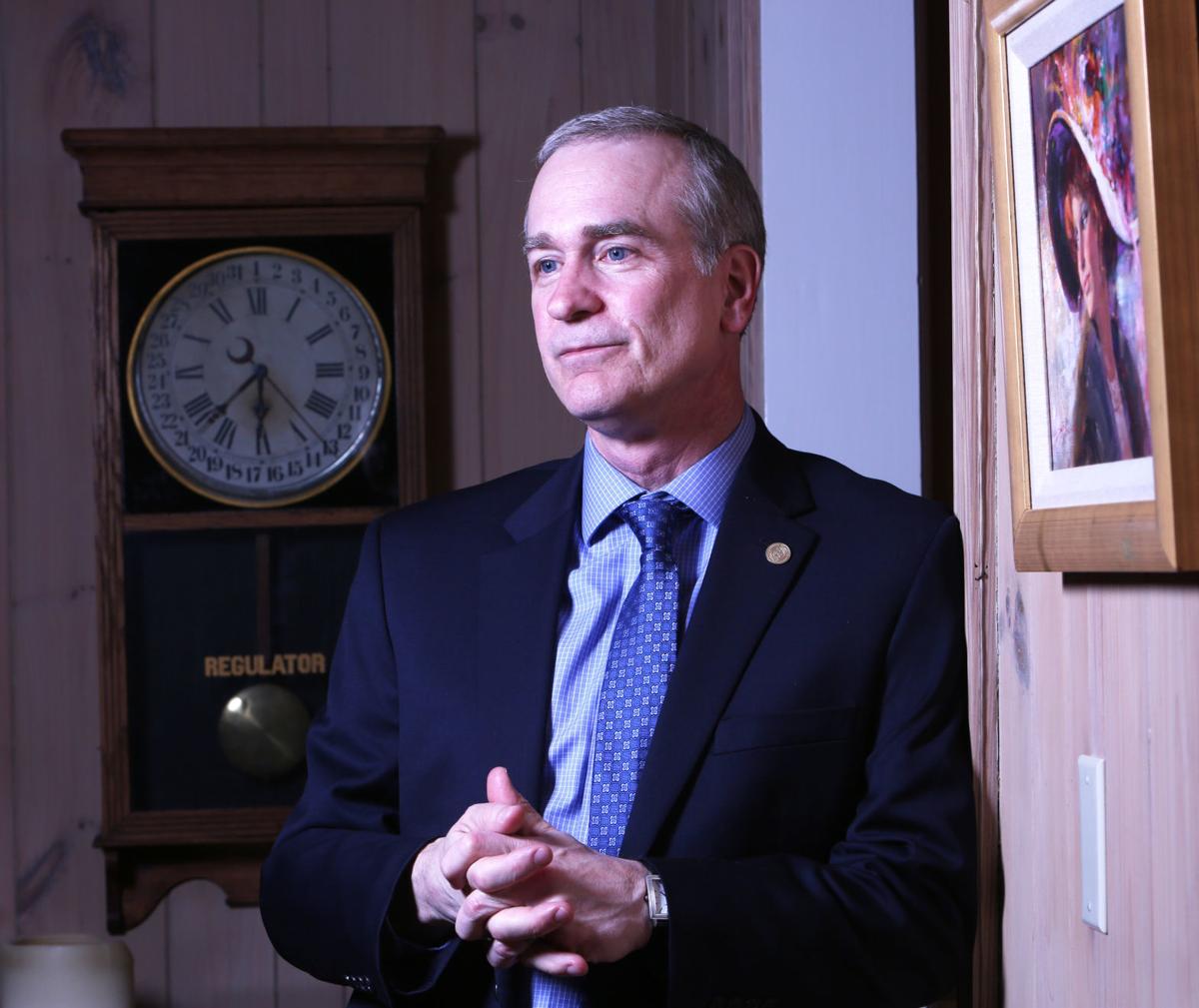 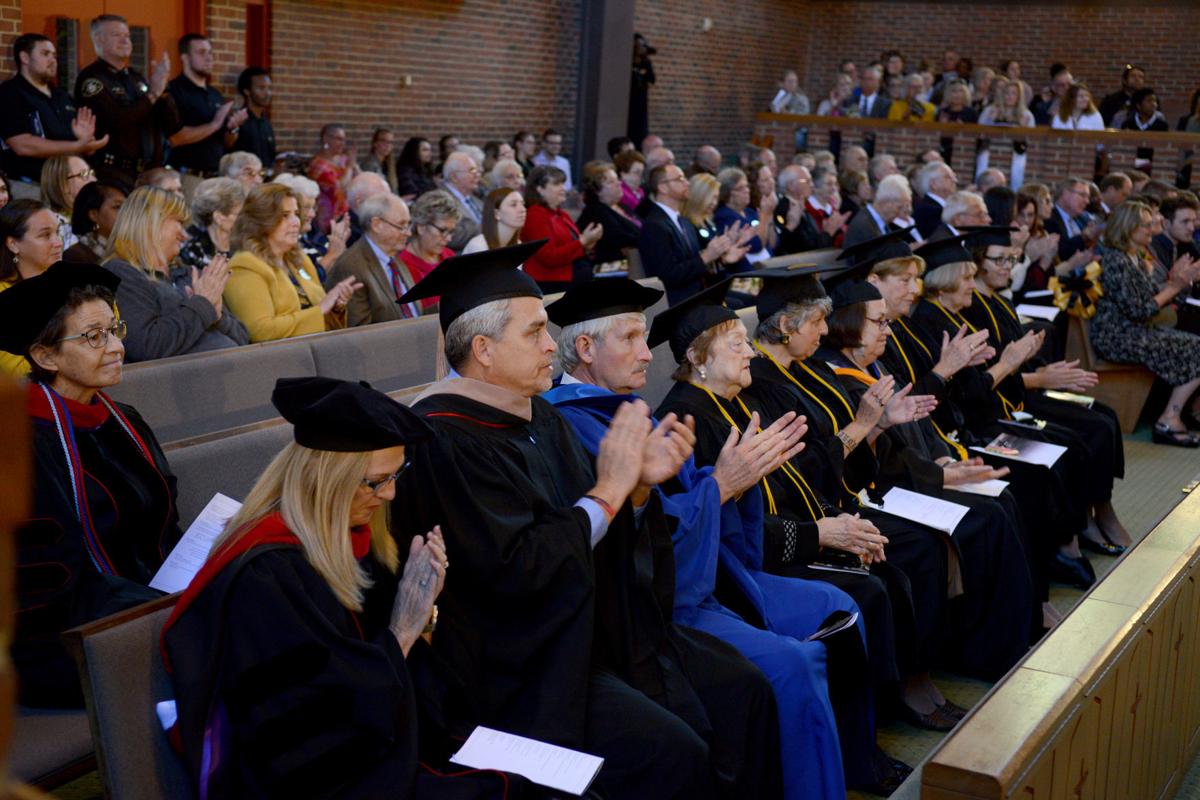 Attendees applaud during the inauguration of David Johns as the 12th president of Ferrum College in Ferrum on Oct. 19. 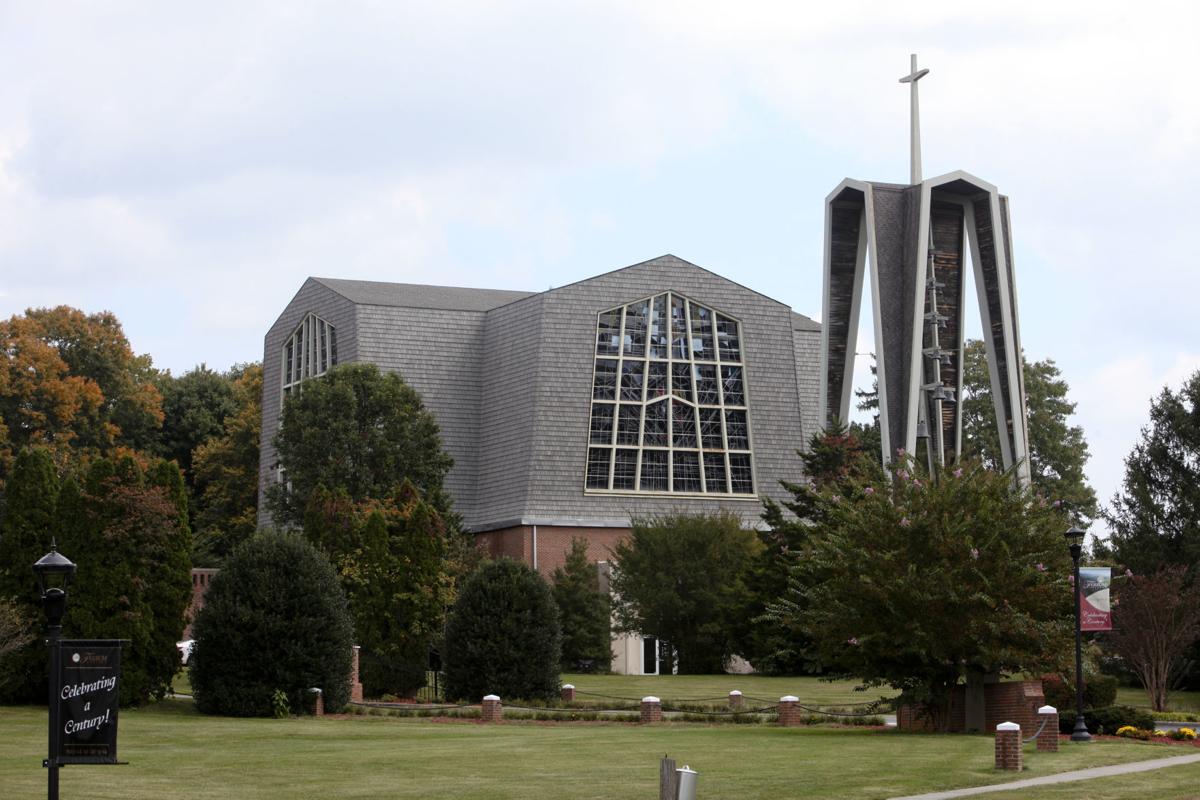 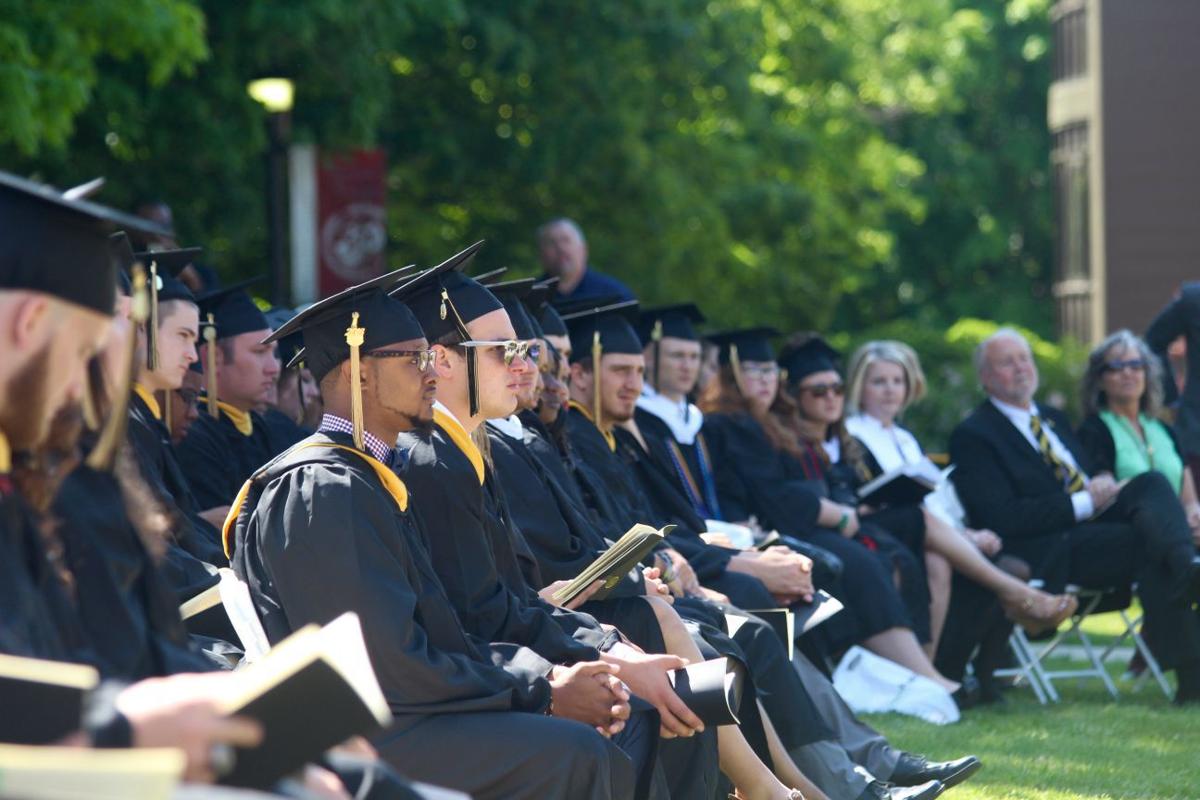 Attendees applaud during the inauguration of David Johns as the 12th president of Ferrum College in Ferrum on Oct. 19.

FERRUM — When Ferrum College President David Johns met with faculty and staff earlier this month to talk about the institution’s financial outlook, he tried to make one thing clear.

“This is not a crisis,” he recalled telling the college’s employees. “This is an adjustment.”

When college administrators presented a budget to the Board of Trustees in the spring, it included a $4.5 million deficit. The board tasked Johns and his team with revisiting the budget in the fall, after they had a better sense of enrollment figures, and bringing revenues and expenses into balance.

Through a series of budget adjustments, the budget has been balanced. Johns reported the following notable adjustments:

Johns stressed that the adjustments did not include any “large-scale” layoffs. He also mentioned other smaller changes, like saving $250,000 by moving food operations from the Ferrum Mercantile onto campus, ending a contract with Papa John’s Pizza and modifying a per diem policy so it applies to all categories of employees.

Phyllis Karavatakis, chairwoman of the board of trustees, said the body was satisfied with Johns’ plan.

“It was very hard to make some of the cuts that were made, but it was the right thing to do,” she said. “You’ve got to balance the budget.”

Karavatakis said the board saw financial problems coming. When enrollment was on the decline, she said, “You knew what the trickle effect was going to be.”

Johns said more than 80 percent of the college’s revenue comes from tuition dollars.

“So when there’s a fluctuation in enrollment, that impacts the budget,” he said.

The problem is one that Johns, who took the helm in January, inherited. But Karavatakis said she believes he’s the right person to take it on.

“His leadership is just spot on,” she said.

Karavatakis said the board of trustees feels optimistic about the college’s future and the ability of these budget adjustments to improve its financial standing.

Ron Singleton, president of the alumni association board of directors and a member of the board of trustees, said small, private colleges like Ferrum are incredibly dependent upon enrollment. Colleges have few sources of revenue, Singleton said — it really comes down to tuition and fundraising.

Singleton speaks from experience, having spent his career in higher education.

The important thing, he said, is adjusting the budget quickly and without hurting the college’s academic programs.

Singleton said he feels good about the path the college is on.

Christine Stinson, chairwoman of the college’s faculty council, said in an email she did not have any insight to share, but voiced support for Johns and his administration.

Johns said there are some things to celebrate. Enrollment is trending in the right direction — the figures this fall essentially held steady with the previous year. The college experienced a two-percent increase in fall-to-fall retention. Ferrum just received a $1 million gift — more to come on that later, Johns said.

Still, there’s work to do.

Obviously, the college will work to increase enrollment. But Johns said administrators are still trying to settle on an optimal number.

There are only so many beds on campus, and Johns said there are many other needs he’d like to address before building another dorm. He thinks the ideal number of residential students is probably in the neighborhood of 1,350 to 1,400.

Online offerings and master’s programs, which Johns hopes to bring to Ferrum, could also be used to boost the college’s enrollment figures without bringing more students on campus and into residence halls.

Johns said he’s excited about the people in the administration and their desire for innovation. He mentioned the college’s vice president of enrollment, James Pennix, who previously worked at Roanoke College and Radford University. The president also said he expects to see benefits soon from reorganization in the office of institutional advancement, which handles fundraising.

The situation at Ferrum is indicative of the problems that many small, private colleges are facing, Johns said.

“We’re all trying to figure out a business model that makes sense, that allows us to continue making college accessible and affordable to our students and at the same time financially viable,” he said.

Johns outlined a few strategies. Colleges must find new revenue streams so they are less dependent on tuition. They must help to inform philanthropy, showing donors the effect their gifts have on small colleges, where a dollar can have a far greater effect than it might at a large institution.

But at the same time, Johns said, college officials must remember their budgets are not their missions, but rather the tools to carry them out.

Rushing said such colleges face numerous financial challenges. Many compete with public colleges for students. Families may not realize that, despite discrepancies in tuition costs, private colleges can sometimes offer students a better deal. Rushing said that’s thanks to discount rates — basically a reduction in the sticker price of attendance, often through institutional scholarships.

An analysis by the Council of Independent Colleges found that students at private colleges receive more than three times as much institutional aid as students at public colleges.

Discount rates have been inching upward for private, independent colleges, Rushing said, noting the discount is as much as 60 percent at some schools. Institutions must do this to attract students and remain competitive, but of course it comes at a financial cost.

“You want to be able to offer scholarships to deserving students and often at places like Ferrum or other schools in the Appalachian College Association in particular, a large number of students are low income, they come from families that don’t have the means to pay for college,” Rushing said.

Students are becoming more career-focused and want to be sure their degree will lead to a job. Liberal arts colleges are adding some degree programs as a result. Additionally, colleges may try to attract new populations of students, like veterans or adult learners. That may necessitate the creation of online degree programs.

Johns said he thought his November presentations to faculty and staff were well-received.

“I’m not so delusional to think that everyone is happy. Obviously, I understand that,” he said. “But I think the overall sense is optimistic for the college.”

The president is a believer in being open and transparent with the college’s employees. Johns said he remained conscious of the “human dimension” when making these budget decisions.

“We all live and work together. It’s a close-knit community,” he said. “We try to do what’s right for all of us.”

The effort to add master’s degrees to the offerings at Ferrum College hit a speed bump when its application was denied by the school’s accreditor.

FERRUM — Ferrum College has a new strategy to boost enrollment.