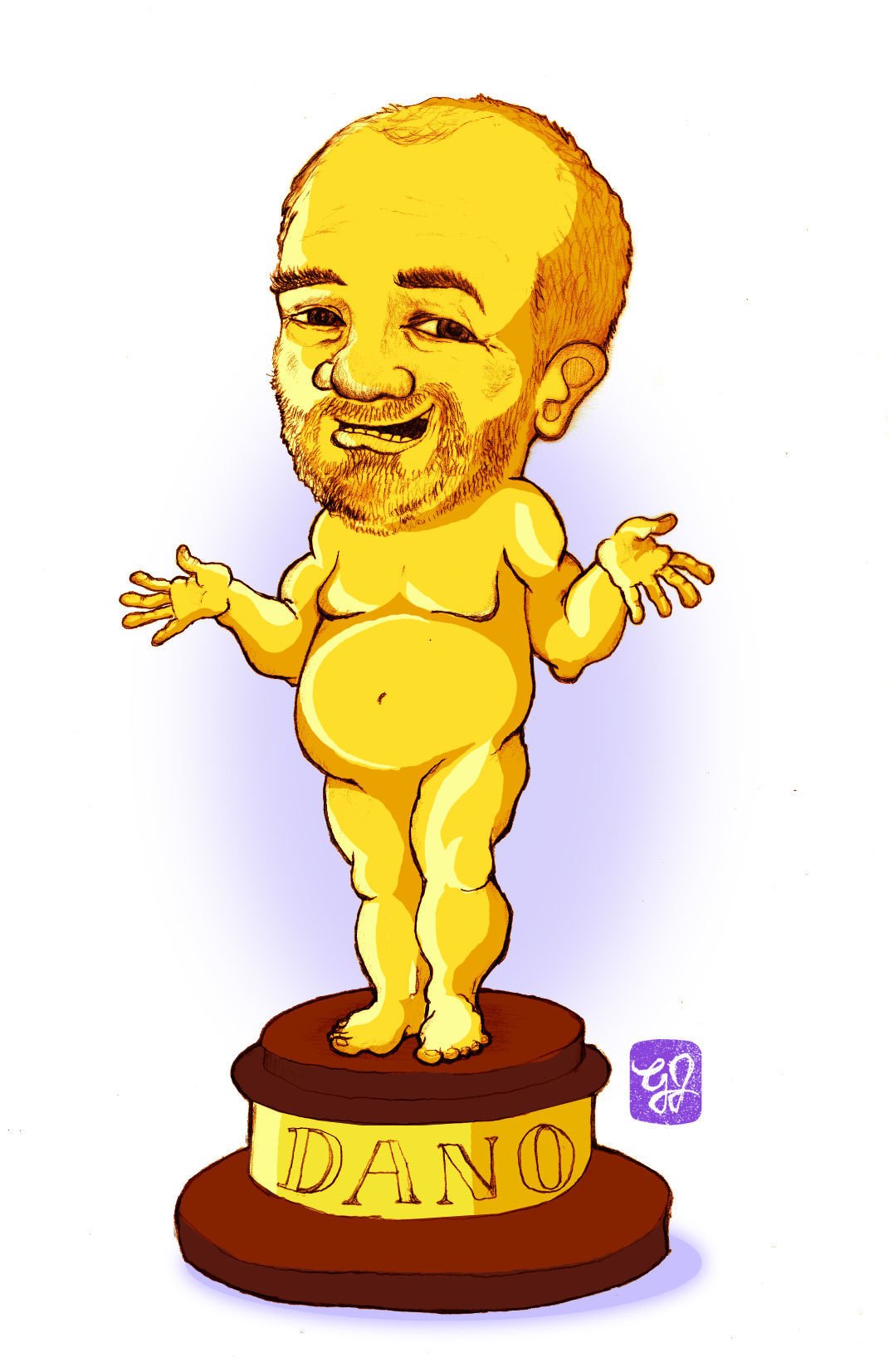 This is the" Dano Awards" image that won't be gracing upcoming cans of Casey's Kolsch, the delicious and best-selling beer produced by Big Lick Brewing Co. on Salem Avenue. Instead, local artists Kyle Edgell and Beth Toms are designing an entirely original label. The cans should be available this upcoming spring. 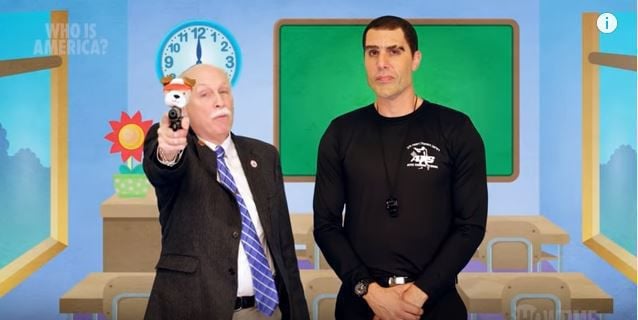 This is the" Dano Awards" image that won't be gracing upcoming cans of Casey's Kolsch, the delicious and best-selling beer produced by Big Lick Brewing Co. on Salem Avenue. Instead, local artists Kyle Edgell and Beth Toms are designing an entirely original label. The cans should be available this upcoming spring.

Every year about this time, we focus on naughty at the expense of nice, and fete examples of folly, futility and foolhardiness. The exercise is known as the Dano Awards for Glaring Public Stupidity. And as in past years, there’s a bumper crop of absurdity and inanity to honor. So let’s begin.

Stewart proclaimed his Senate bid would be the “most vicious” and “cutthroat” Virginians had ever seen. In its run-up, he fought for the “rights” of statues of dead Confederate generals in places that no longer wanted them, and rubbed shoulders with white nationalist organizers of the “Unite the Right” rally in Charlottesville.

He employed the classic toolkit of fascist politicians of days gone by: Scapegoating immigrants, name-calling, winks toward white nationalism and racism, violent rhetoric and falsehoods.

All of it went over about as well as a lead balloon. The National Republican Senatorial Committee considered Stewart such a fringe loser it refused to back his campaign. The same went for the conservative group Americans for Prosperity.

Pretty much the only throat Stewart cut was his own, along the way to a 57-41 drubbing by incumbent U.S. Sen. Tim Kaine, a Democrat.

The Dano for “Greatest Support for a Fascist Politician” is hereby awarded to the voters of certain counties in Virginia who gave considerably lopsided margins to Stewart in his spectacularly unsuccessful Senate bid.

The second runners-up include voters in Roanoke County, where Stewart garnered 58 percent, and Salem, where he took 56 percent.

What were you folks thinking?

The Dano for “Most Efficient Way to Anger Constituent Groups” goes to Gov. Ralph Northam. In a move some characterized as Trumpian, the Democratic governor removed any remaining vestiges of doubt that he’s totally in the pockets of companies trying to build two enormous gas pipelines across the commonwealth.

In November, Northam summarily bounced two members off the State Air Pollution Control Board, less than a week after they expressed grave doubts about plans for a natural gas compressor station along the route of the Atlantic Coast Pipeline in Buckingham County. The station is slated for Union Hill, a historic black community that doesn’t want it.

The move came in advance of a crucial pipeline vote by the board. The Blue Ridge Environmental Defense League called the removals “unethical and corrupt.” It angered not only environmentalists fighting the pipelines, but also the NAACP. The governor got a two-fer!

The Dano Award for “Most Inept (and Libelous) Restaurant Review” goes to President Donald Trump, who used Twitter and the awesome power of his office to take aim at a small restaurant in Lexington back in June. That happened after the owner of the Red Hen asked the White House press secretary to leave because her presence was bothering the restaurant’s staff.

It would have been one thing if the president had merely decried the action as unfair. Instead, he chose full-scale retaliation, and low blows, implying the restaurant was unhealthy.

Trump tweeted: “The Red Hen Restaurant should focus more on cleaning its filthy canopies, doors and windows (badly needs a paint job) rather than refusing to serve a fine person like Sarah Huckabee Sanders. I always had a rule, if a restaurant is dirty on the outside, it is dirty on the inside!”

Contrary to the tweet, four mostly stellar inspections since 2014 by the Central Shenandoah Health District showed the Red Hen staff was well on top of food safety.

This year we’re awarding a number of Danos in the subcategory of guns.

The Dano for “Least Effective (But Most Hilarious) Argument for Arming Toddlers” goes to Philip Van Cleave, executive director of the Virginia Citizens Defense League.

Earlier this year, Van Cleave was one of a number of high-profile individuals pranked by actor/comedian Sacha Baron Cohen in the hit Showtime series “Who is America?” In the show’s debut, Cohen played an Israeli commando traveling the United States in support of children’s gun rights. (After all, the Second Amendment specifies no minimum age.)

Not everyone fell for it. But Van Cleave did, and spectacularly. After boasting to Cohen that the VCDL had killed legislation in Richmond that would prohibit children ages 4 to 12 from firing guns, he joined the comedian in a faux “Sesame Street”-styled segment titled “Kinderguardians.”

They promoted “gunimals,” firearms disguised as children’s plush toys. Van Cleave demonstrated a variety, such as “Puppy Pistol” and “Gunny Rabbit.” With the latter, he noted, “You can put the naughty man in a very long time out.”

The Dano for “Greatest Exhibition of Gun Rights Hypocrisy” belongs to gunner/fading rock guitarist Ted Nugent, who appeared at the Berglund Center in July. He’s the brave American author of rock anthem “Cat Scratch Fever.” (Previously, Nugent has bragged he avoided the draft during the Vietnam war by pooping in his pants prior to his military physical.)

The venue’s management announced beforehand that concertgoers were free to pack their pistols for the show.

But Nugent sprang a surprise on the Berglund Center just a few minutes before the doors opened: No guns would be allowed, per the fine print in his contract.

The upshot: Nugent’s ardent fans endured the indignity of pat-down searches on their way inside. Some who carried firearms were shooed away. Nugent, of all people, deliberately turned the Performing Arts Center into a giant “gun-free zone.”

Aren’t those supposed to be the most dangerous places on Earth?

The runner-up in this category goes to the pro-gun rights Sixth District Republican Committee, which chose a gun-free zone at James Madison University for its nominating convention in May. (They could have held it at gun-rights bastion Liberty University instead.)

We’re not yet done with gun-related Dano awards. The next is “Weakest Attempt to Squelch an Anti-Gun Message.” That centers around a bill passed by the 2018 Virginia General Assembly, which provided for a $10 specialty license tag with the message “STOP GUN VIOLENCE.”

The sponsor was Del. Marcus Simon, D-Fairfax County. You might be wondering, who could be against putting such a statement on Virginia license tags, which nobody is forced to purchase? Or to put it another way: Does anyone actually favor gun violence?

One lawmaker (among seven in the House of Delegates) who heroically voted against creating the tag was Rep.-elect Ben Cline, R-Rockbridge. Next month, he’ll replace retiring Rep. Bob Goodlatte, R-Roanoke County as congressman from the Sixth District. Cline actually voted against it twice.

Speaking of Goodlatte, the good congressman is ending his 26-year career in Congress with a bang. He began his last term with a failed — and embarrassing — attempt to gut the Office of Congressional Ethics. He’s ending it with an ersatz “investigation” into how the FBI’s scrutiny of emails Hillary Clinton sent from 2009 to 2013, using a private (rather than government) email server.

The FBI’s probe ended with no charges in 2016. Goodlatte was House Judiciary Committee chairman then, too. But he waited until the very end of the current term to subpoena former Attorney General Loretta Lynch and former FBI Director James Comey.

Why? One reason could be that President Trump needs a distraction from the daily drumbeat of bad news, fresh indictments and eyebrow-raising sentencing memos emanating from the Trump-Russia investigation by Special Counselor Robert Mueller. For that, Goodlatte gets the Dano for “Best Trump Enabler from Virginia.”

Heck of a way to close out a career, eh?

And that makes it a wrap for this year, folks. We’ll begin accepting your nominations for the 2019 Dano Awards in just two weeks.

Have a great holiday!