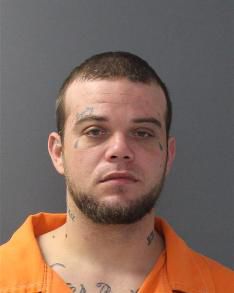 Daniel Devore was acquitted of possessing drugs with the intent to distribute them Tuesday after a 2017 incident. 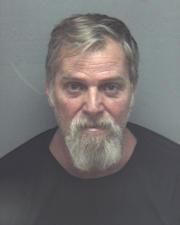 Judge David Melesco’s name was misspelled in an earlier version of this article.

CHRISTIANSBURG — Daniel Travis Devore overdosed on heroin next to a trash can filled with marijuana, but that didn’t mean he is involved in drug distribution, a judge ruled Tuesday.

After a short trial in Montgomery County Circuit Court, the 31-year-old Christiansburg man was acquitted of possessing more than five pounds of marijuana with the intent to distribute it, a felony that carried a minimum penalty of five years in prison.

“Mere presence isn’t a crime,” said Judge David Melesco, a retired judge who heard the case after the county’s regular circuit judges recused themselves because Devore is the grandson of the late Judge Kenneth Devore.

“It doesn’t mean I think you’re St. Francis or anything,” Melesco told Devore before declaring the not guilty verdict.

Devore still faces charges of malicious wounding and strangulation for an alleged attack on a co-defendant, Ciara Brooke Hungate. He has a scheduled hearing Thursday in the county’s Juvenile and Domestic Relations Court.

But Tuesday’s trial ended attempts to hold someone responsible for the 37 pounds of marijuana that Christiansburg police seized on the morning of Nov. 22, 2017. In a news release issued at the time, town officials put the street value of marijuana at about $208,000. They said the pot was discovered after a rescue call to the home of Michael Devore, Daniel Devore’s father, in the 2000 block of Simpson Road.

According to testimony Tuesday and at earlier hearings linked to the seizure, Daniel Devore had overdosed and medics gave him a shot of Narcan to revive him. Soon afterward, Michael Devore gave town police Officer Christopher Roop permission to search the laundry room where his son had fallen. Roop said he could smell marijuana and when he looked in a garbage can, he found it was filled with bags of the drug.

Michael Devore told police that the marijuana was his, a claim that he repeated when he was called Tuesday as a defense witness.

“I use it for medicinal purposes. I make my own oils. Or I did,” Michael Devore told the judge.

“You don’t use this amount for medicinal purposes,” Melesco replied. “Don’t sell me a load of horse manure.”

Michael Devore, 61, was initially charged with possessing more than five pounds of marijuana with the intent to distribute it.

Hungate, 20, of Shawsville, who investigators said was Daniel Devore’s girlfriend at the time, also was present when the marijuana was found. She was charged with possessing a controlled substance, but the charge was dropped last year.

Then, about 10 months after the seizure, Daniel Devore, questioned in the Roanoke jail about stolen motorcycles, told investigators that his father was taking responsibility for the marijuana because he would serve less time than his son would, according to testimony Tuesday and court filings.

This led officials to charge Daniel Devore for the marijuana in the trash can.

On Monday, Michael Devore’s charge was amended to possessing a smaller amount of marijuana with the intent to distribute it, a charge resulting not from the trash can but from about 1.6 ounces of the drug that was found in a drawer in his nightstand. He entered an Alford plea, maintaining his innocence but saying that he did not want to risk a trial, and was found guilty.

A plea agreement set Michael Devore’s sentence at five years in prison, to be suspended after he served three months, plus a $100 fine, five years of supervised probation, and the six-month loss of his driver’s license. He was allowed to delay reporting to jail until Wednesday so that he could more easily testify at his son’s trial.

On Tuesday, Assistant Commonwealth’s Attorney Jennifer Wolz argued that Michael Devore was just trying to shield his son from a long prison term and that Daniel Devore should be held accountable for the marijuana in the garbage can.

Sgt. Christopher Wiscarson of the Christiansburg Police Department testified that when he interviewed the younger Devore last year, he was “led to believe” that the marijuana was his.

What does “led to believe” mean? Melesco asked.

Wiscarson said that Daniel Devore told him that his father was taking ownership of the pot – but never said specifically that the marijuana actually was his, not his father’s.

Devore’s exact words in the jail interview were not recorded, Wiscarson added, and the officer’s own notes were not written down until a month afterward.

Melesco said that he was not convinced that Daniel Devore had claimed ownership of the marijuana, which the judge said he would order to be destroyed.

Daniel Devore did not testify Tuesday.

Afterward, his defense attorney, Thomas Debusk of Christiansburg, called the trial “one of those cases that just had to be tried.”

“The very first thing I heard about it was your client said he did it. Well, he didn’t,” Debusk said.

Instead, what Daniel Devore told investigators was that “he was sad he got his dad into trouble – by ODing,” Dubusk said. “You could interpret that statement different ways.”