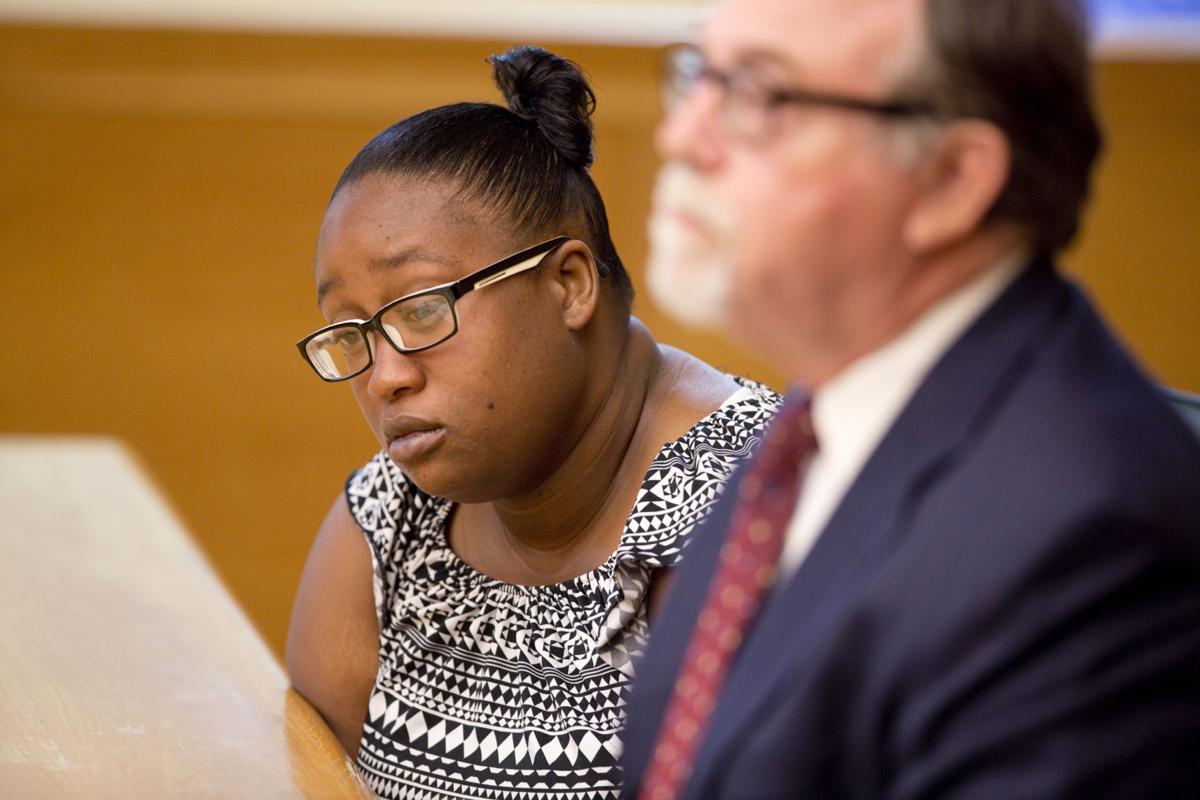 Attorney Lance Hale (right) sits with his client, Nicole Zimmerman, during Thursday’s bench trial in Roanoke Circuit Court. Zimmerman is convicted in the 2016 death of her 6-month-old son, Joshua Zimmerman. 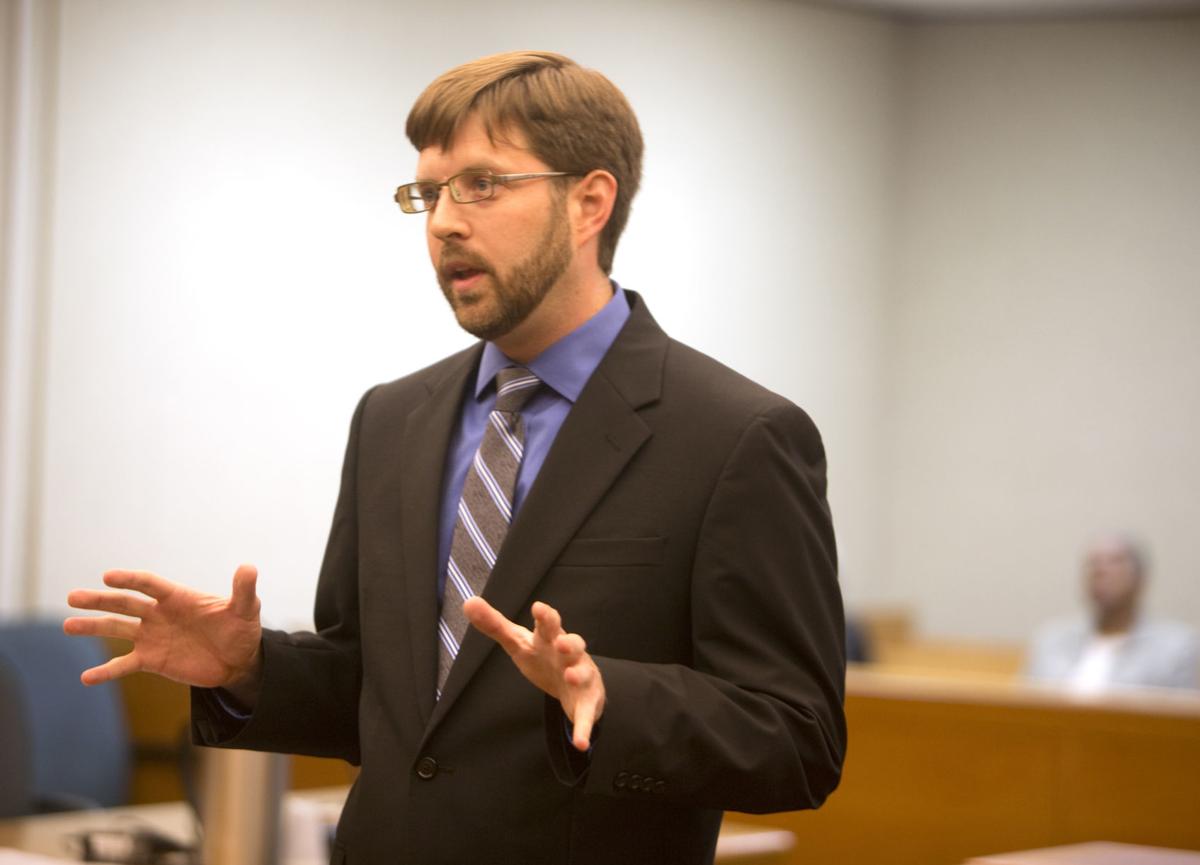 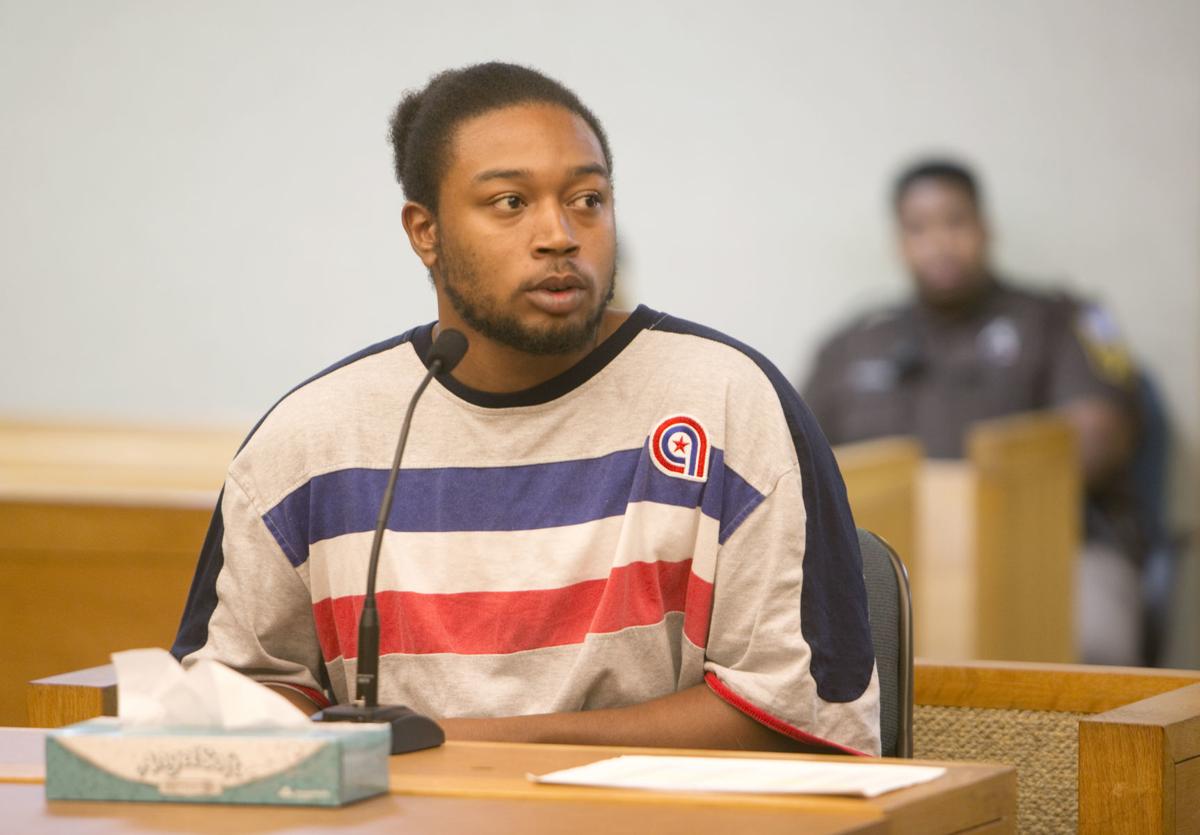 Joshua Zimmerman’s father, Sterling Overstreet, testified on behalf of Nicole Zimmerman on Thursday and called her “a wonderful mom.” The couple were married in September 2017, a little over a year after Joshua’s death.

Attorney Lance Hale (right) sits with his client, Nicole Zimmerman, during Thursday’s bench trial in Roanoke Circuit Court. Zimmerman is convicted in the 2016 death of her 6-month-old son, Joshua Zimmerman.

Joshua Zimmerman’s father, Sterling Overstreet, testified on behalf of Nicole Zimmerman on Thursday and called her “a wonderful mom.” The couple were married in September 2017, a little over a year after Joshua’s death.

Once Nicole Zimmerman called 911 to report that her infant son was not breathing, it took Roanoke rescue workers just four minutes to reach them.

This was the afternoon of July 24, 2016, a little more than six months after Joshua Zimmerman’s very premature birth.

An ambulance raced the child from his grandfather’s house on Gilmer Avenue to a nearby hospital, and EMTs were able to restore his breath along the way, but it was soon discovered that the 12-pound boy had other issues, specifically an acute bilateral subdural hemorrhage, a brain bleed that spread from the top of his head down his spine, plus numerous retinal hemorrhages in both eyes.

Joshua remained hospitalized but died less than a month later.

On Thursday, at the close of a three-day bench trial, a judge convicted Joshua’s mother, 26-year-old Nicole Aurlieua Zimmerman, of felony homicide in his death, as well as child abuse and cruelty to children.

Zimmerman is due back in court Jan. 22, after a sentencing report is conducted. She could face between eight and 55 years in prison.

Prosecutors spent two days of the trial making their case. Their witnesses established that Joshua was born at 27 weeks and suffered developmental difficulties, but had fared well and was undergoing physical therapy.

On the day Joshua was injured, he was reportedly alone with his mother and his two siblings, then ages 3 and 4. Zimmerman could not operate the home’s air conditioning and it’s believed the temperature of the house was between 90 and 100 degrees.

“It’s hard to imagine the frustration that she may have been under,” Roanoke Assistant Commonwealth’s Attorney David Billingsley said in court, but concluded, “There’s no doubt Joshua died from non-accidental trauma.”

Zimmerman has said on several occasions she does not know how the injuries occurred.

Medical examiner Dr. Amy Tharp testified that Joshua had died by blunt force, likely from shaking because he had no external injuries. She said a short fall probably would not have caused his injuries and she did not believe the toddlers were capable of such force.

Similarly, Roanoke ophthalmologist Dr. John Facciani said Joshua’s retinal hemorrhages came from “rapid acceleration/deceleration from a shaking that is violent,” but he also did not think it happened from the resuscitation.

In recorded police interviews, which were played in court, Zimmerman claimed Joshua had choked on milk and stopped breathing, something she said happened twice in the past but was resolved with CPR.

Call logs showed that during the last emergency, Zimmerman was on the phone with the boy’s father, Sterling Overstreet, for 12 minutes. He testified she had been in an air-conditioned car, trying to resuscitate Joshua during that conversation, before she eventually called 911.

The Roanoke Fire-EMS captain who responded, Kevin Weeks, said he found no obstructions in Joshua’s airway, and the boy’s onesie was clean, with no sign of mess. Weeks said he saw no other adults present in the house, and Zimmerman has repeatedly maintained that she was alone with the children that day.

But in trying to raise reasonable doubt, defense attorney Lance Hale focused largely on a key detail from the investigation: that police executing a search warrant on the home about three hours after the 911 call found two men hiding inside. One of them was reportedly Zimmerman’s brother, who had an outstanding felony warrant against him but who gave police another man’s name. His ruse worked and he and his friend were allowed to leave that night.

Hale argued that Zimmerman had no prior history of anger or violent behavior.

“She was a wonderful mom,” Overstreet testified, and said the couple married in September 2017, about a year after their son died.

While Zimmerman did not testify in her own defense, Hale theorized that either her brother or the second man could have attacked Joshua without her knowledge.

“They don’t know the causes” of the injuries, Hale said of the prosecution’s circumstantial case. “They were looking for the mechanism. This young mother is not the mechanism.”

After reviewing the evidence, however, Judge Chris Clemens said he felt it supported convictions on all three counts against Zimmerman and she was taken back into custody.

A Roanoke woman has been ordered to serve a decade in prison for the 2016 death of her infant son.