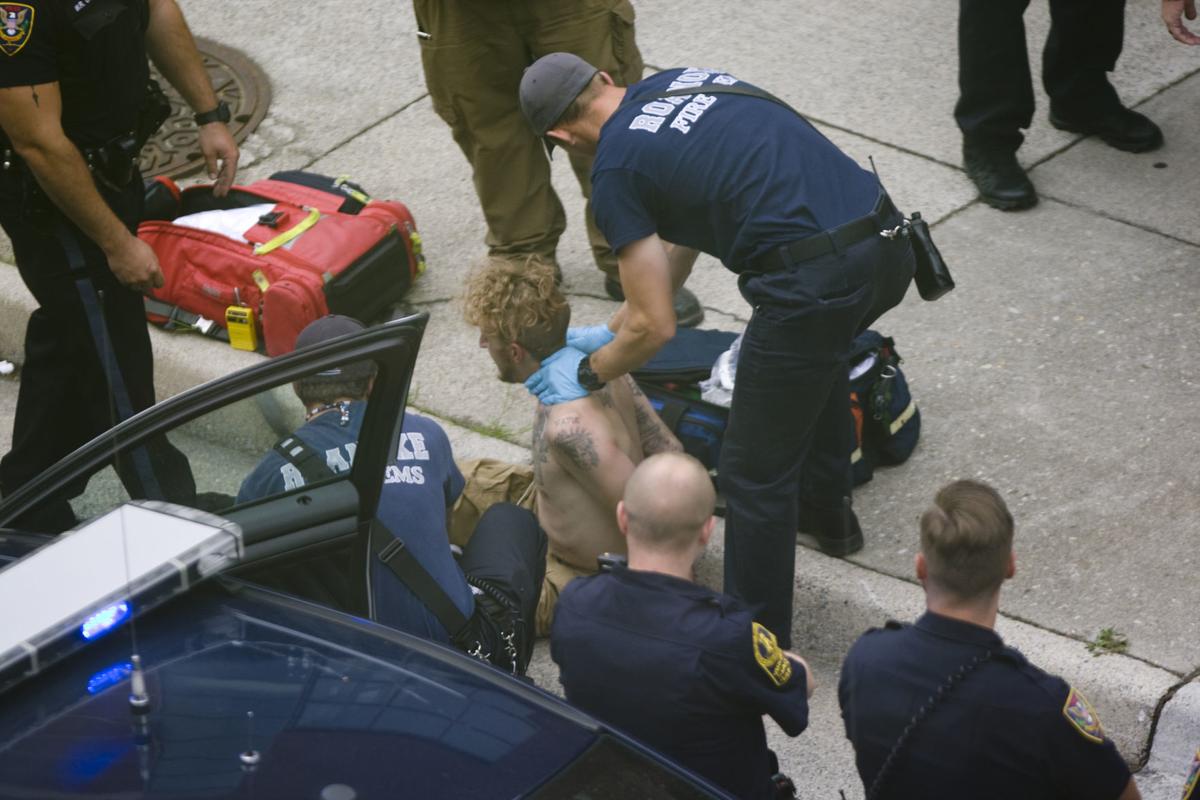 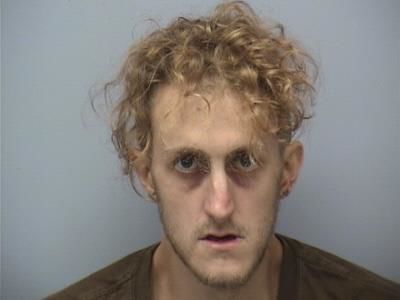 A Roanoke man who slipped out of a trooper’s custody outside the city jail last summer, and who was later struck by a Virginia State Police cruiser that was chasing him, was sentenced Thursday on two felonies.

Alexander Dayton Ramsey, 30, pleaded no contest in Roanoke Circuit Court to assault and battery of a law enforcement officer and to obtaining money by false pretenses. The assault charge was amended from an initial count of escaping jail by force.

Ramsey was sentenced to four years but that time will be suspended after 15 months. Held since his arrest, he has already served a little over half of that term.

The incident began June 5, after police pulled Ramsey over in Roanoke. He ran from that traffic stop but within about 90 minutes was located, arrested, handcuffed and placed in the front seat of a state police cruiser, prosecutors said.

At the hearing, Roanoke Assistant Commonwealth’s Attorney Joshua Dietz said that by the time the cruiser arrived at the Roanoke jail, Ramsey had freed one of his hands from the cuffs and unlatched his seat belt; he then opened the passenger side door and bolted on foot.

“He basically clawed his way out of the trooper’s grip,” Dietz said.

Ramsey ran into a nearby parking garage, then continued on foot down Campbell Avenue, until he reached Second Street Southwest. That’s where he was struck by the cruiser that was chasing him.

State police spokesman Sgt. Rick Garletts said at the time that the collision happened accidentally, when the trooper swerved to avoid Ramsey as he ran across the street.

Ramsey was hospitalized, treated for minor injuries and charged with a string of 13 offenses that included obstruction of justice, possessing drug paraphernalia, eluding police and impeding traffic. The bulk of those were later dropped.

The obtaining money charge resulted after Ramsey pawned two Xbox gaming systems and a tripod, items later found to be stolen property. He was paid $45 for that sale and must repay that amount as restitution. He is also facing burglary and larceny charges in Roanoke County next month.

In June, Garletts theorized that either Ramsey’s handcuffs had not been locked tightly enough, or he had dislocated his thumb in order to slip out of them.

Defense attorney Rob Dean said in court that Ramsey had been struggling with drug problems at the time, but has made progress in custody and has since been allowed to work as a jail trusty.

Roanoke jail inmates are typically brought directly into the facility by vehicle, but at the time of the incident the gate that opens into that enclosed area was broken. Records showed that repairs to the gate were underway last summer.

In Roanoke, first a broken jail gate, then a handcuff escape, a foot chase and a cruiser collision

Earlier this month, a man slipped from handcuffs at the Roanoke City Jail and led police on …