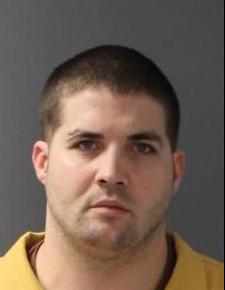 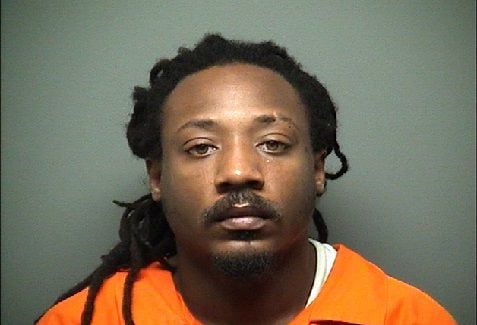 One of the two defendants in a fatal shooting last year at Salem’s Go Mart was ordered Thursday to serve three and a half years in prison on a gun charge.

Mark Allen Bell, 34, pleaded no contest in May to possessing a firearm as a felon. That offense carried a mandatory minimum of two years, a term that fell within the sentencing guidelines, but prosecutors successfully urged the judge to go beyond that punishment.

About 2 a.m. on May 8, 2018, Bell was in the parking lot of the West Main Street convenience store, fighting with another man, Anthony Joseph “A.J.” Trovata.

Previous evidence in the case has indicated that both men were armed with pistols, and Bell’s gun went off. His shot did not hit Trovata, but a subsequent one did. The 32-year-old Shawsville man was struck in the torso and later died.

Police have accused Demetrius Nathaniel Evans of firing that fatal second shot with a different gun. Evans was charged with second-degree murder and is scheduled for trial in Salem this fall.

It has also been claimed in court that the fight between Bell and Trovata reportedly started over possession of a bag of heroin, methamphetamine and fentanyl.

“This is probably the quintessential case where a five-year sentence is warranted,” assistant prosecutor Jessica Preston argued at Bell’s sentencing Thursday. “It’s simply by luck that it wasn’t his [Bell’s] bullet that hit Mr. Trovata,” she said, and called him “the catalyst for the entire event that led to Trovata’s death.”

Defense attorney C.J. Covati claimed the two men had actually been fighting over a woman, not drugs, and he urged the judge to impose the mandatory minimum term.

“Mr. Bell did not shoot the deceased,” Covati said.

Judge Chris Clemens ruled that, because of the facts of the case, he would go above the guidelines, and he split the difference between the two sentencing requests.

“It was your violence that precipitated that significant event,” the judge told Bell.

Covati said that Bell had been stabbed during his incarceration and asked that he be transferred out of the Western Virginia Regional Jail, where he is housed with both his co-defendant and friends of the victim. Clemens told Covati he would not order that move but would make a recommendation and leave the decision up to the sheriff.

Bell is serving two years on a distribution of meth charge from Franklin County, and he has 13 years suspended against him there, but it’s not clear whether prosecutors will seek to revoke any of that time because of his new conviction.