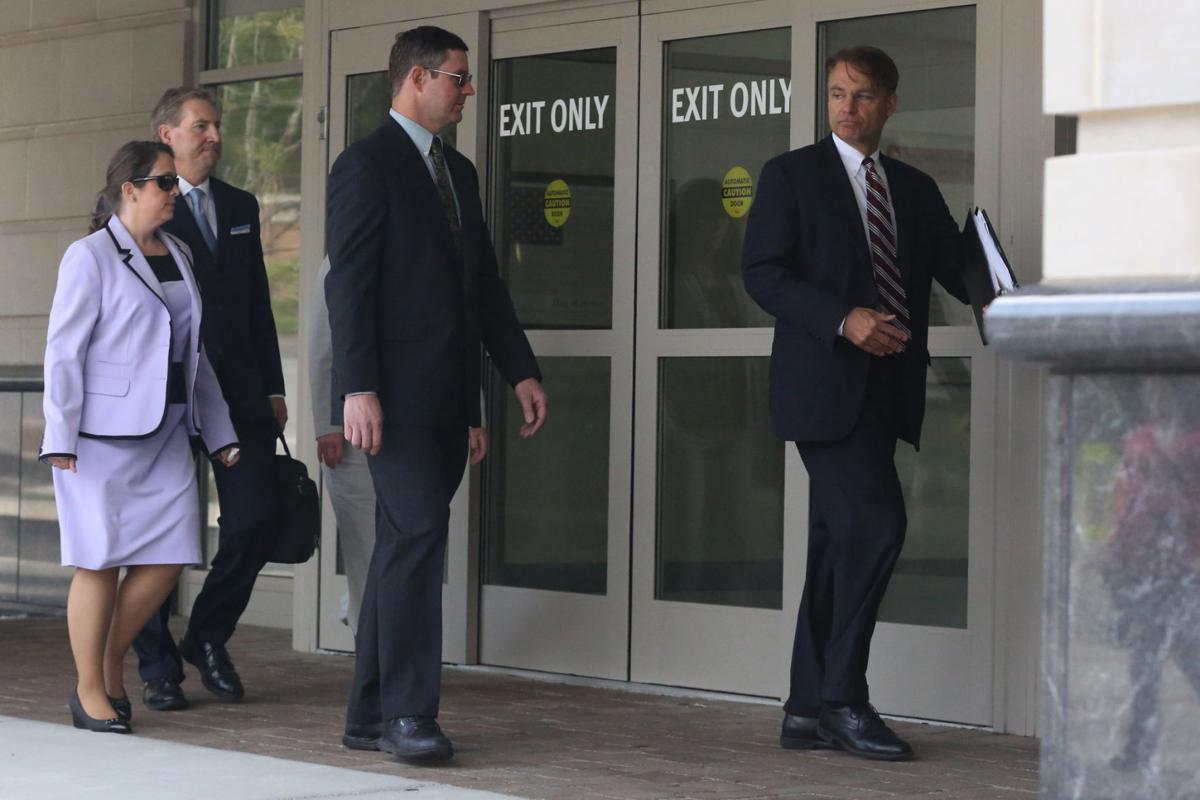 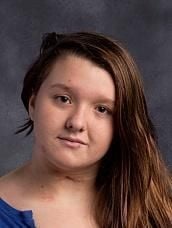 Friday, May 20, 2016, 5:45 p.m.: An earlier version of this story published online incorrectly quoted Blacksburg police Detective Ryan Hite's testimony. In summarizing what suspect Natalie Keepers said about her bond with suspect David Eisenhauer, Hite said she'd told him she was a "sociopath in training," not Eisenhauer's "sociopathic friend."

CHRISTIANSBURG — David Eisenhauer and Natalie Keepers exchanged text messages in the days after 13-year-old Nicole Lovell’s murder, discussing how their own bodies smelled of cleaning solution and they were glad they did “overkill” because their lives were on the line, according to police testimony.

Several messages quoted statistics on the percentage of missing children that are never found, according to a transcript Blacksburg police Detective Scott Craig read aloud during a Friday preliminary hearing. Eisenhauer claimed police do little to investigate runaways, and it appeared he and Keepers had figured out how people commit mass murder.

“As long as nobody finds the body for a week,” Eisenhauer messaged an account tied to Keepers, according to Craig.

“So we are good,” another message read.

Eisenhauer and Keepers, both 19, were Virginia Tech students when they were arrested in connection to Lovell’s slaying in January.

Friday morning’s hearing was the first time the pair appeared in court together. Seven investigators testified, revealing new details of the prosecution’s theory of the crime.

Eisenhauer is charged with abduction and murder. Keepers is accused of concealing a body and accessory before the fact in the killing. A charge of being an accessory after the fact was dropped Friday.

Montgomery County Juvenile and Domestic Relations Court Judge Robert Viar ultimately ruled there was enough evidence to certify all the charges against both defendants, moving the case to the next stage where it will be heard by a grand jury.

Keepers fidgeted in a purple hoodie throughout the proceedings, taking notes at times and leaning over to whisper in her lawyer’s ear at others. Eisenhauer, dressed in a black suit, sat still throughout the morning, staring at a table in front of him.

Aside from the text messages, much of Friday’s evidence revolved around a detailed confession investigators say Keepers gave after she broke down in tears during interviews with police. The suspect went as far as to drive around Southwest Virginia with police before she was formally charged, pointing out a trail of locations where she said she and Eisenhauer left evidence, according to testimony.

She told them about the bloody knife Eisenhauer threw into the woods, Lovell’s cellphone case he threw out the car window along U.S. 460, Lovell’s backpack that Keepers dropped over a New River bridge, the laundromat near Tech’s campus where the pair washed their bloody clothes and her dorm room where Lovell’s Minions blanket was stored.

Keepers has told police she was not present when Lovell was killed, but she said Eisenhauer contacted her for help on the evening of Jan. 27, less than 24 hours after the girl went missing. According to testimony, Keepers said Eisenhauer wanted her help to relocate the body because he saw how much media attention the case was receiving.

The pair — who had turned their cellphones off — then drove the body south of Blacksburg.

Keepers told investigators she and Eisenhauer planned to bury Lovell on property near his grandparents’ home outside Galax, Blacksburg police Detective Ryan Hite said. Instead, they drove just past the North Carolina line, to a mountainous section of Surry County, where they stripped Lovell’s clothes, wiped her down with cleaning solution and bleach and left her body on the side of a rural road.

Lovell’s mother, Tammy Weeks, sat through Friday’s hearing. She only left the courtroom as Hite described this scene.

The missing girl’s body was eventually found a short distance from the road, lying face down and naked, according to testimony.

Keepers took investigators to: a Wytheville Walmart, where she said they bought cleaning supplies; a Dublin McDonald’s, where they bought drinks and disposed of bloodied cleaning wipes; and West Virginia, where they dumped some of Lovell’s belongings.

Hite testified that Keepers was insistent on helping police in the investigation, even when offered a chance to stop the tour because a lawyer had been retained on her behalf. That lawyer, Kris Olin, spent most of his time questioning police on Friday, asking about when Keepers was read her rights and when the interview officially turned into an interrogation.

In later interviews, Keepers revealed details of how she had spoken with Eisenhauer about a plan to murder the girl the day before Lovell went missing, according to testimony.

Hite testified that Keepers told him they had considered several options, including drugging the teen, making it look like a suicide, knocking her unconscious and leaving her outside to die from exposure.

The “official plan,” Hite said Keepers described, was for Eisenhauer to lure Lovell from her apartment under the guise of a date in the early hours of Jan. 27, invite the teen for a walk and then grab her from behind and slit her throat.

During his own police interviews, Eisenhauer said he had been exchanging messages with Lovell since mid-December under the impression she was 16 or 17 years old, according to testimony. He told police they eventually opened up to each other, as Lovell said she was upset and everyone hated her.

Eisenhauer said he did go to meet with the girl that night, but he told police he left when he saw that she appeared to be about 11 years old.

Eisenhauer has denied killing the girl.

Eisenhauer’s friend, Bryce Dustin, previously told The Roanoke Times that police showed up at his house earlier this month with a search warrant and transcripts of a text conversation between him and Eisenhauer before Lovell’s disappearance.

According to Dustin, Eisenhauer said he had met an underage girl and feared she would “expose” him. He asked for advice on how to deal with the situation, and later texted to see if Dustin knew of any places to hide a body.

Dustin said he thought Eisenhauer was joking at that point. The man, who lives in Pulaski, said he had nothing to do with Lovell’s disappearance. He is not accused of a crime.

But Keepers told police she became involved in the scheme because a bond she shared with Eisenhauer, Hite testified.

“She said she was part of a special club. It was the best club in the world because he understood her,” Hite said.

“She made reference to David Eisenhauer as a ‘sociopath,’” Hite testified, “and she was his ‘sociopath in training.’”

Other evidence presented Friday included bloodstains — which are still being tested for DNA — that were found in Eisenhauer’s car, including in the trunk, on a tire and the handle of a shovel.

Investigators also showed maps of data logs pulled from a GPS device recovered from the vehicle.

According to a Blacksburg police intelligence analyst, the logs show a trail leading up to Fairfax Road, near Lovell’s home, just after midnight Jan. 27. The trail of data points then leads to Craig Creek Road around 1 a.m. and back to Virginia Tech’s campus at 2:12 a.m.

With the charges certified, a Circuit Court grand jury will hear the case July 26. Those proceedings will be closed to the public.

If the grand jury chooses to indict Eisenhauer and Keepers, the case would continue moving toward a trial.

Lovell homicide to be featured on '48 Hours'

The homicide of Blacksburg teen Nicole Lovell is being featured on Saturday’s edition of “48 Hours.”

CHRISTIANSBURG — David Edmond Eisenhauer will begin a jury trial on Feb. 5 in the murder of Blacksburg middle-schooler Nicole Lovell, a judge …