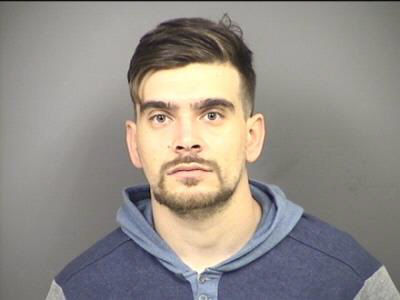 Thieves used a skimmer and camera hidden at ATMs at Roanoke-area banks to steal account numbers and PINs and, later, cash from customer accounts, according to federal charges.

A suspicious person standing at a drive-through ATM caught the attention of a bank customer, who alerted authorities, leading to two arrests in May.

One of the two people arrested, Ioana-Cristina Pavel, a 33-year-old Romanian national, was arraigned Wednesday in Roanoke federal court. She was returned to the Roanoke City Jail on federal charges of access device fraud and aggravated identity theft. An access device is a bank account number, bank card or PIN.

Farkas Szilard, 27, was being held in the Botetourt County Jail on state charges of felony credit card theft, reckless driving and driving without a license, online court records said.

Since spring, victims have flooded police departments with complaints of unauthorized withdrawals that a U.S. Secret Service court filing linked to Pavel, Szilard and possibly others.

The thefts totaled at least $13,000, but court papers do not give complete details of the cases.

The federal charges outline a typical theft: Pavel and unspecified other people installed a skimming device “deep into the card reader” of an ATM, placed a small camera nearby, and left.

The skimmer collected information from the magnetic strips of inserted cards, while the camera captured the PINs that cardholders entered on the ATM keypad.

After retrieving the skimmer and camera, Pavel and the others extracted account information that they then used to create counterfeit bank cards. They used those cards to withdraw cash, court papers said.

The skimming occurred at one bank at least in Roanoke and Rocky Mount, and Roanoke , Montgomery , Campbell and Appomattox counties, court papers said. A complete list of banks was not given.

On May 5, a bank customer concerned about possible fraudulent account activity at a Bank of Fincastle ATM called the Botetourt County Sheriff’s Office. It wasn’t clear from court papers whether the Bank of Fincastle ATM had a skimmer or whether it had been the site of a withdrawal using a re-encoded card.

As the customer waited at the bank for a deputy to arrive, he saw a woman with long black hair and a baseball cap standing at a drive-through ATM; the person then darted to a car parked behind a bush, court papers said. Using the car’s license plate number provided by the witness, a deputy spotted the car in traffic.

With a deputy watching, an occupant of the car tossed out a small red bag. The car lost traction while accelerating on wet pavement, at which point the deputy stopped the car.

Authorities arrested Pavel and Szilard, who was driving. The deputy spotted a black wig and cap inside the car. A search located $8,800 in cash, most of it $20 bills; a receipt for a wire transfer; Romanian currency; and 46 Panera gift cards re-encoded with debit card and credit card numbers belonging to what court papers described as “victims.” Each card bore a handwritten, four-digit PIN, court papers said.

Also found were components of skimmers and cameras, double-sided tape, sandpaper and hand tools. The car also contained clothing, wallets and purses that authorities later matched up with items Pavel and the others had with them when seen on surveillance video.

The Farmers Bank of Appomattox was one of the banks where fraud occurred, Kelly Smith, the bank’s security officer, confirmed. The skimmers used were impossible to detect because “you can’t see it,” Smith said.

In the wake of the incident, the bank has made whole customers who lost funds, replaced the card readers on all five of its ATMs and begun improved ATM monitoring, Smith said. She suggested customers inspect ATMs before use and closely watch their accounts with online access.

A man and woman from Florida who admitted attaching skimmers to a fuel pump in Roanoke County and one in Collinsville were sentenced to two years in Roanoke federal court in a recent case.

Bruce Whitehurst, president and CEO of the Virginia Bankers Association, described significant efforts by banks to prevent fraud or catch it quickly. Banks use their own funds to repay customers for their losses, he said, which represents an incentive to keep the upper hand.

“Banks are constantly looking at ways to improve security and overcome what fraudsters would attempt to do. Moving from the magnetic stripe to the chip, which hasn’t yet happened ... in ATMs but has happened in a whole lot of retailers, that is more secure,” he said.

In addition, fraud detection systems flag transactions that depart from past account activity patterns, such as an out-of-state purchase, and trigger a call to the customer. Such a system “gives me as a consumer a lot of comfort,” Whitehurst said.