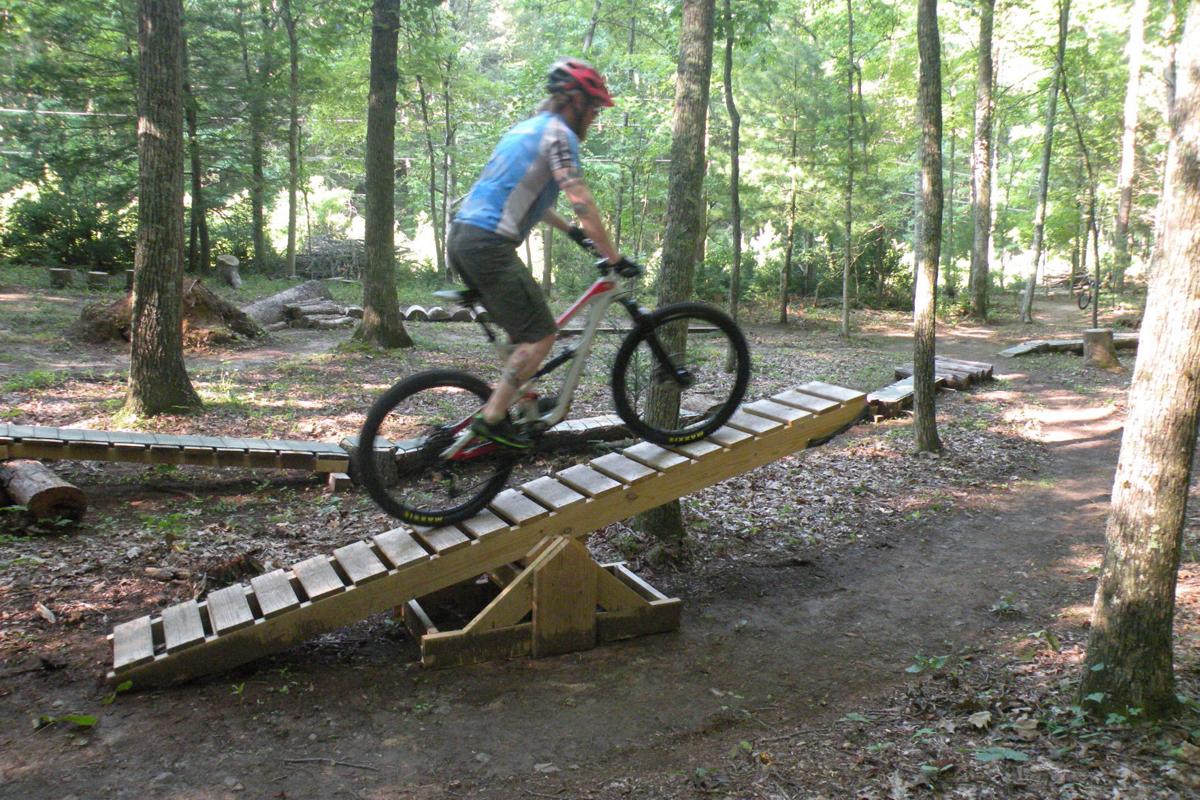 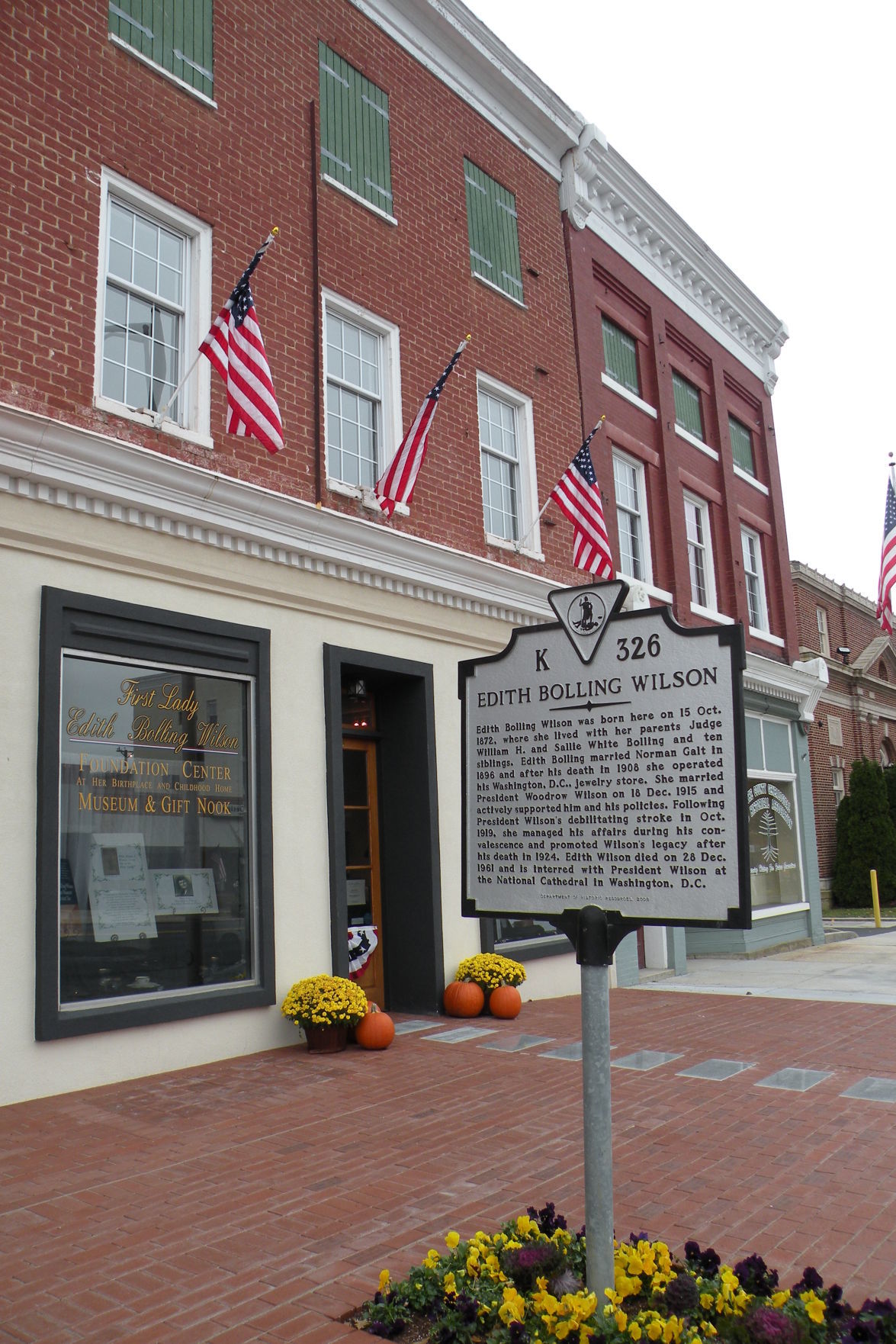 The Bolling Wilson Birthplace Museum includes a gift shop with items related to the Wytheville-born first lady, Edith Wilson, such as cookbooks, her hoecake mix and a children’s book on the sheep she kept on the White House lawn. 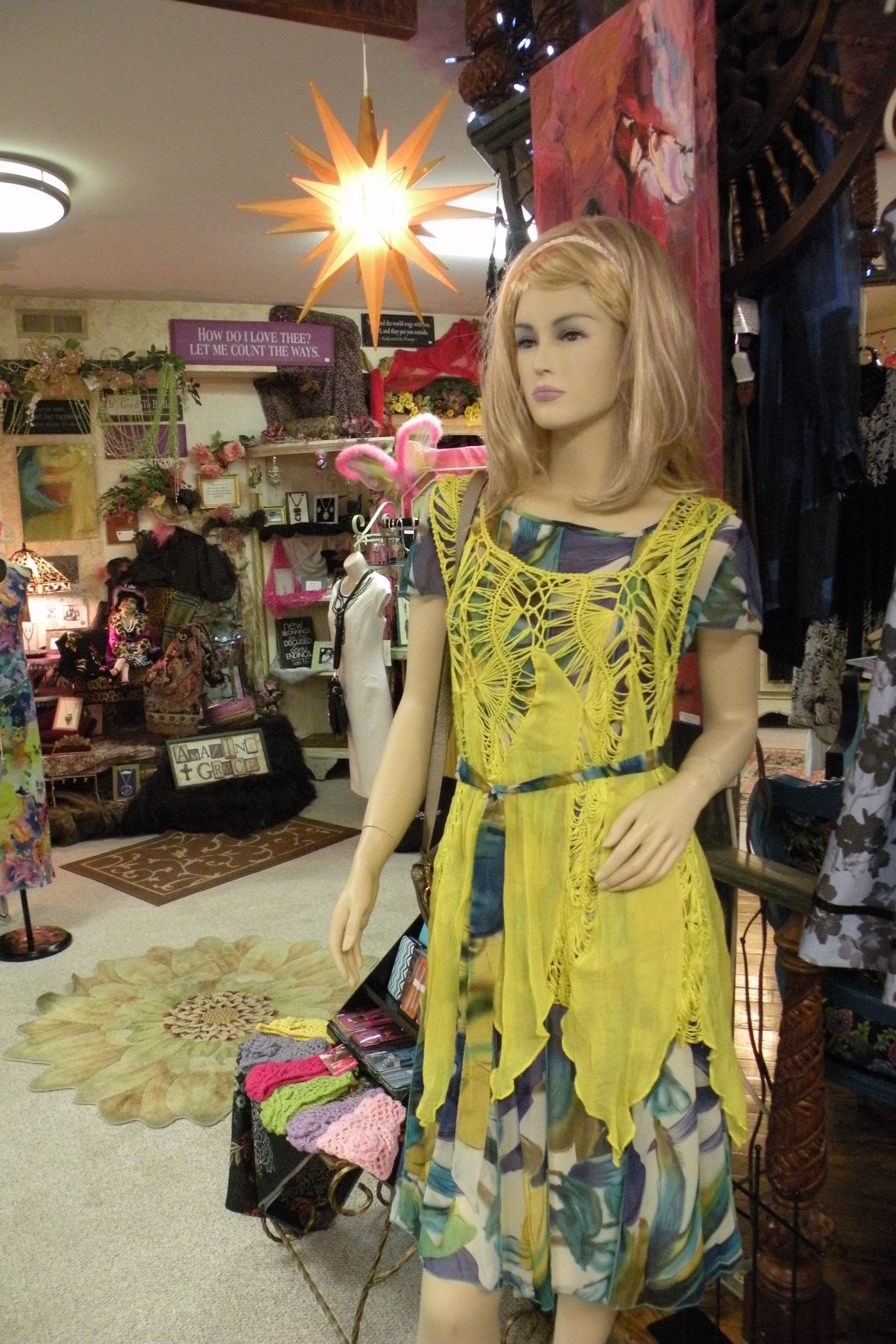 Frocks at the Farmers Daughter boutique on Main Street 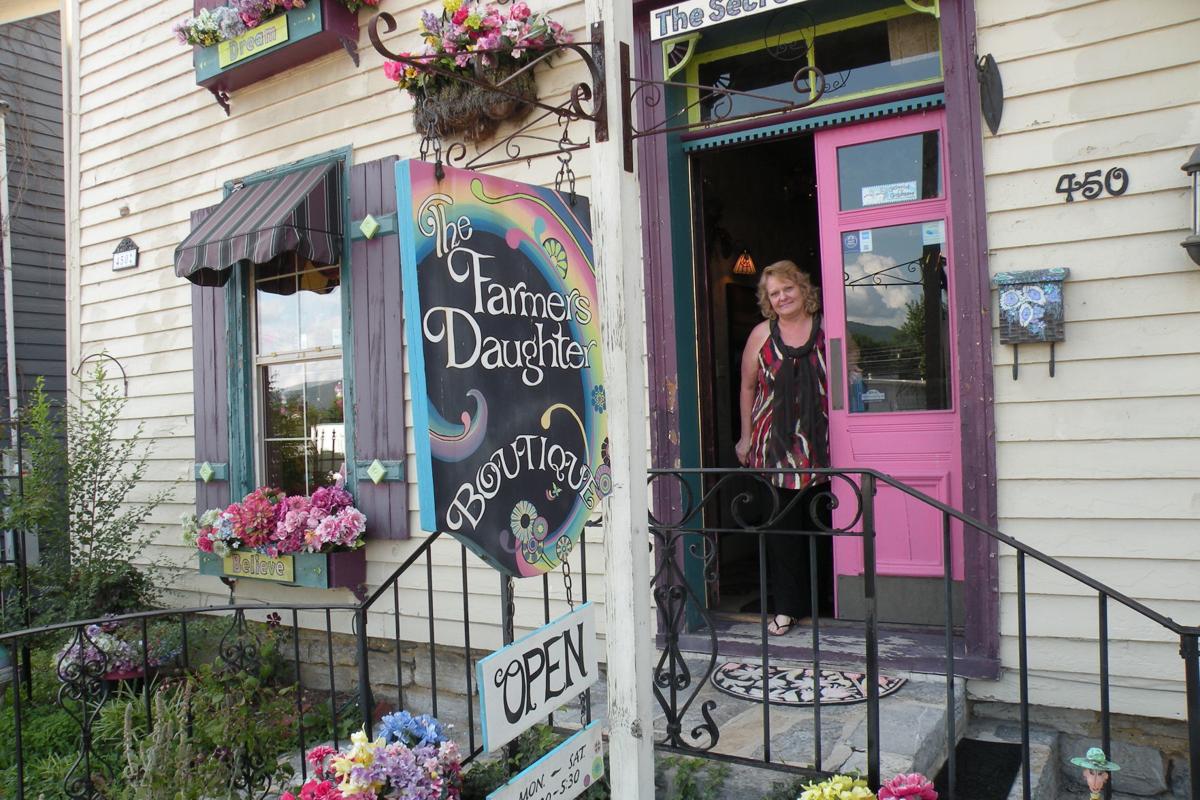 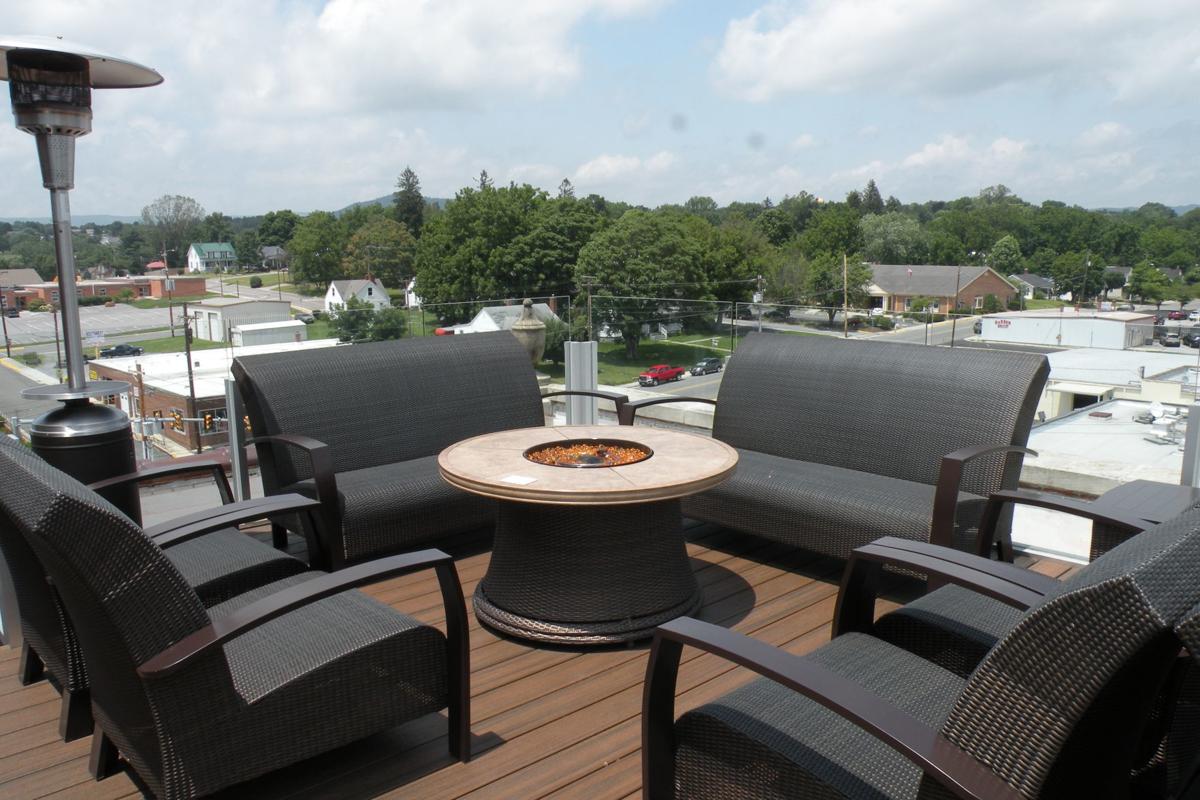 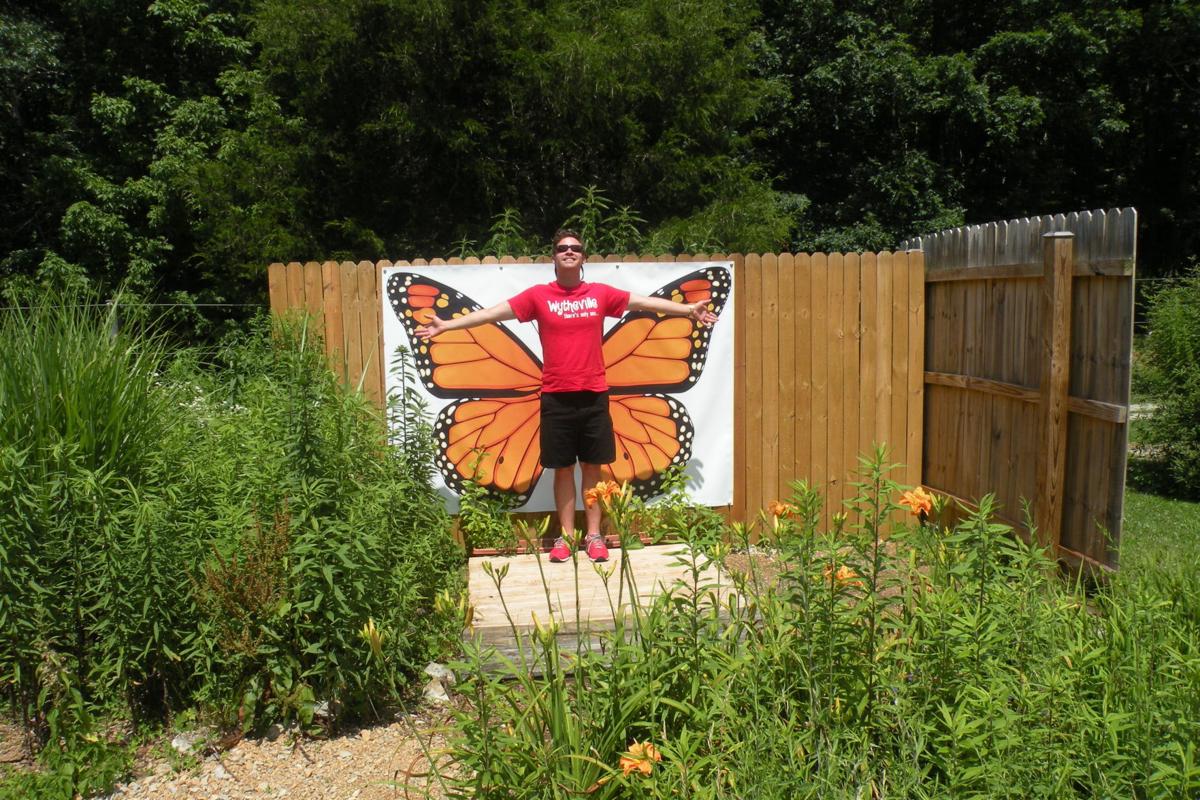 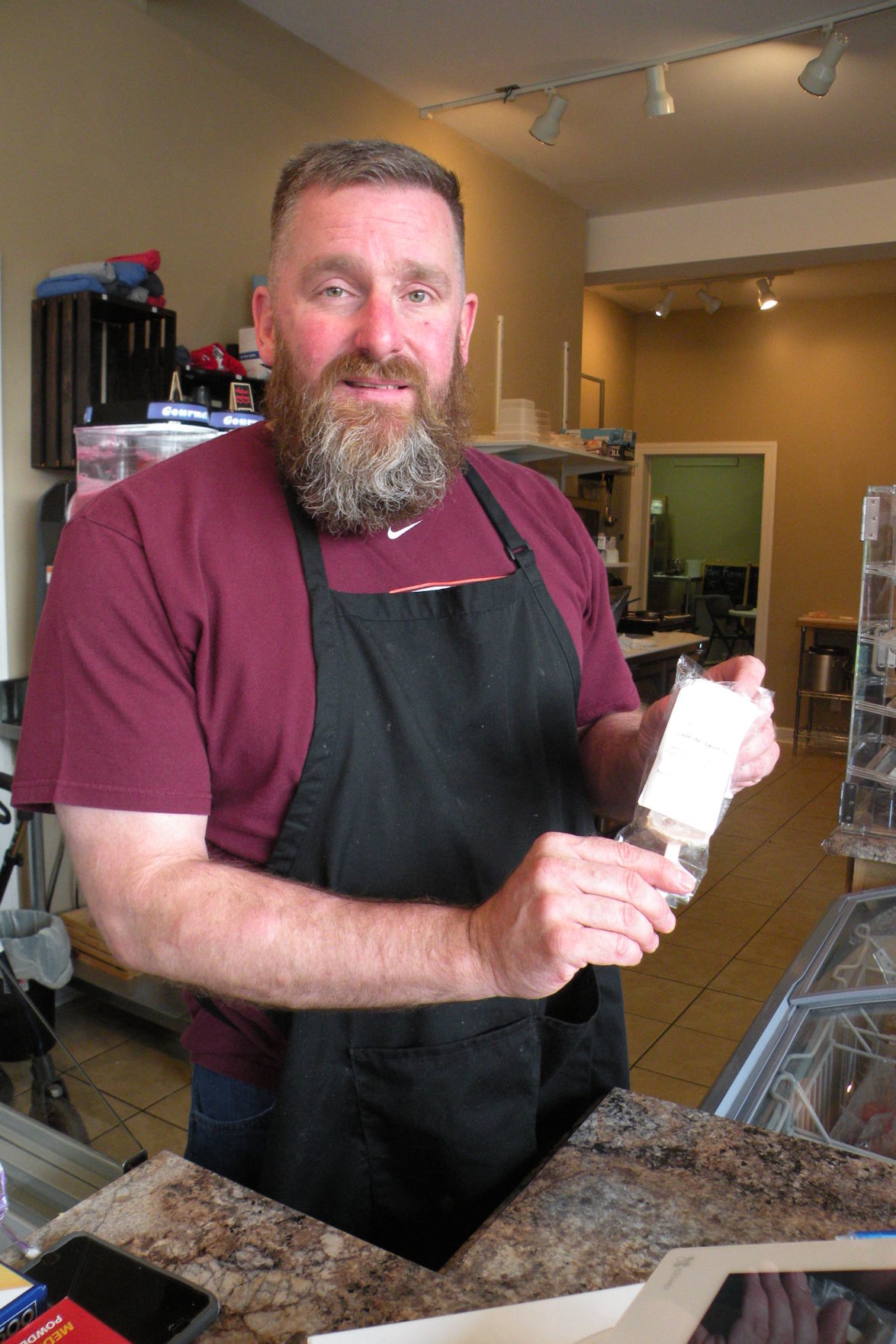 A wiffle pop gets its name from the way locals pronounce “Wytheville.” 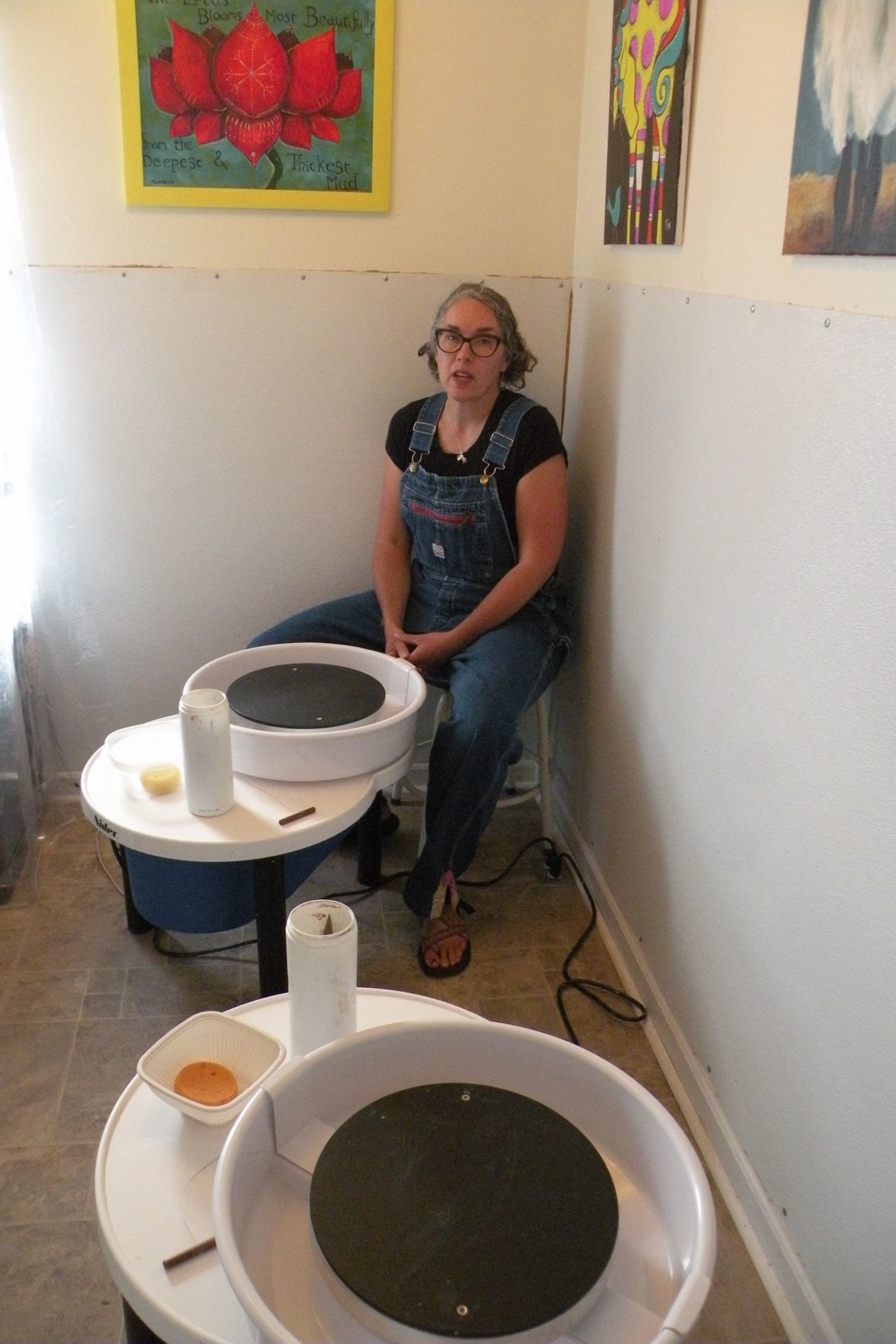 Jen Otey, co-owner, with two of the potter’s wheels at Rose Cottage School of Art 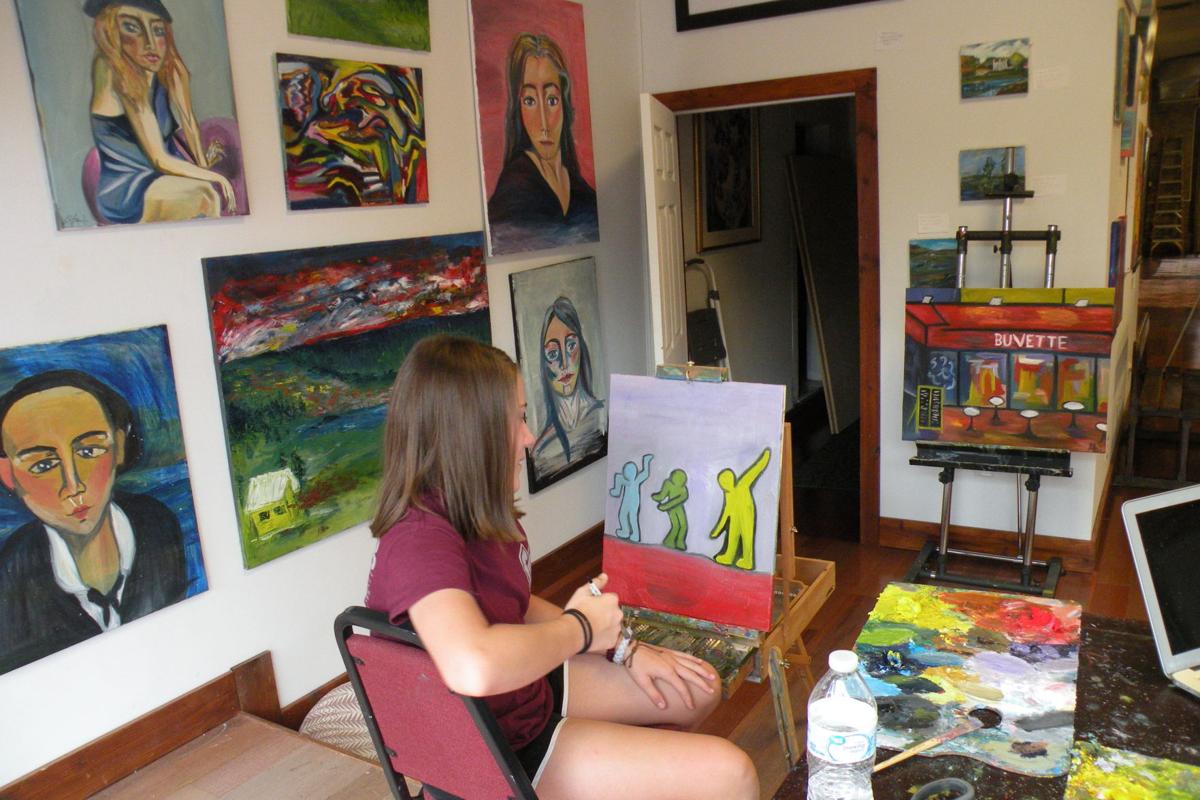 Abi Long works in the window of Local Artists and Sellers Gallery on Wytheville's Main Street. 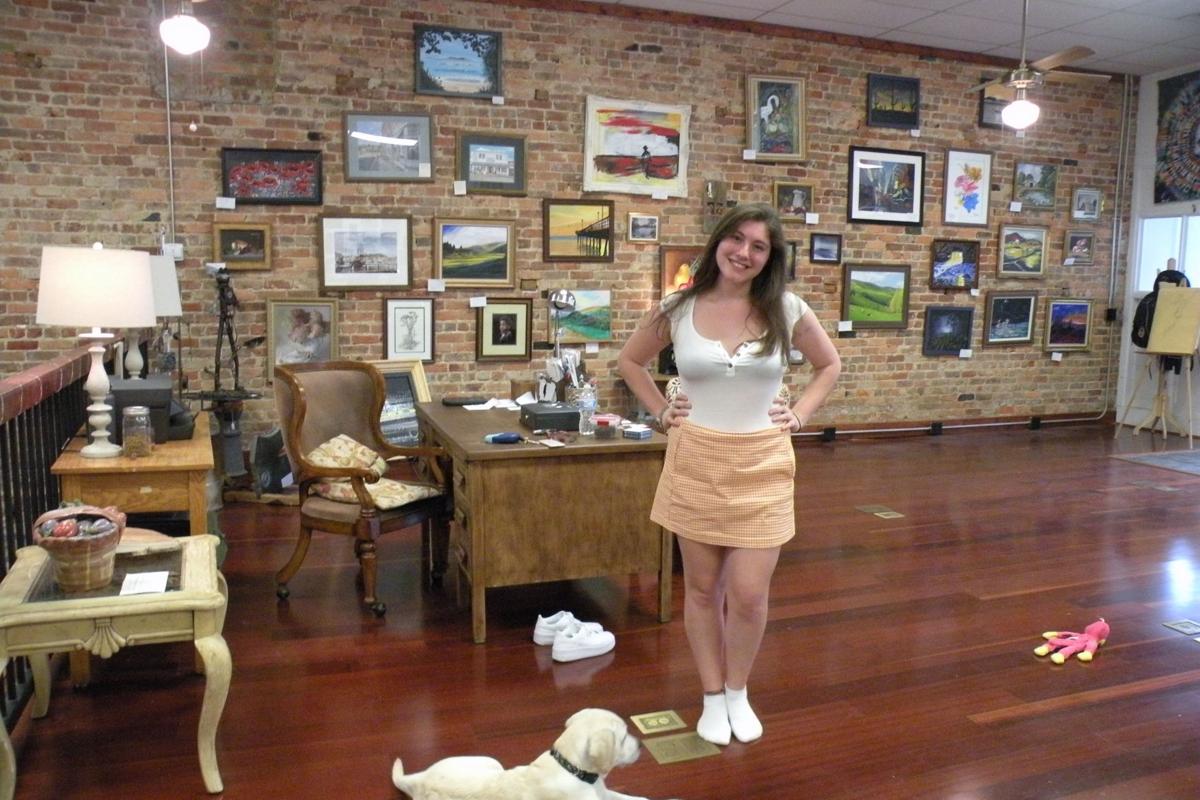 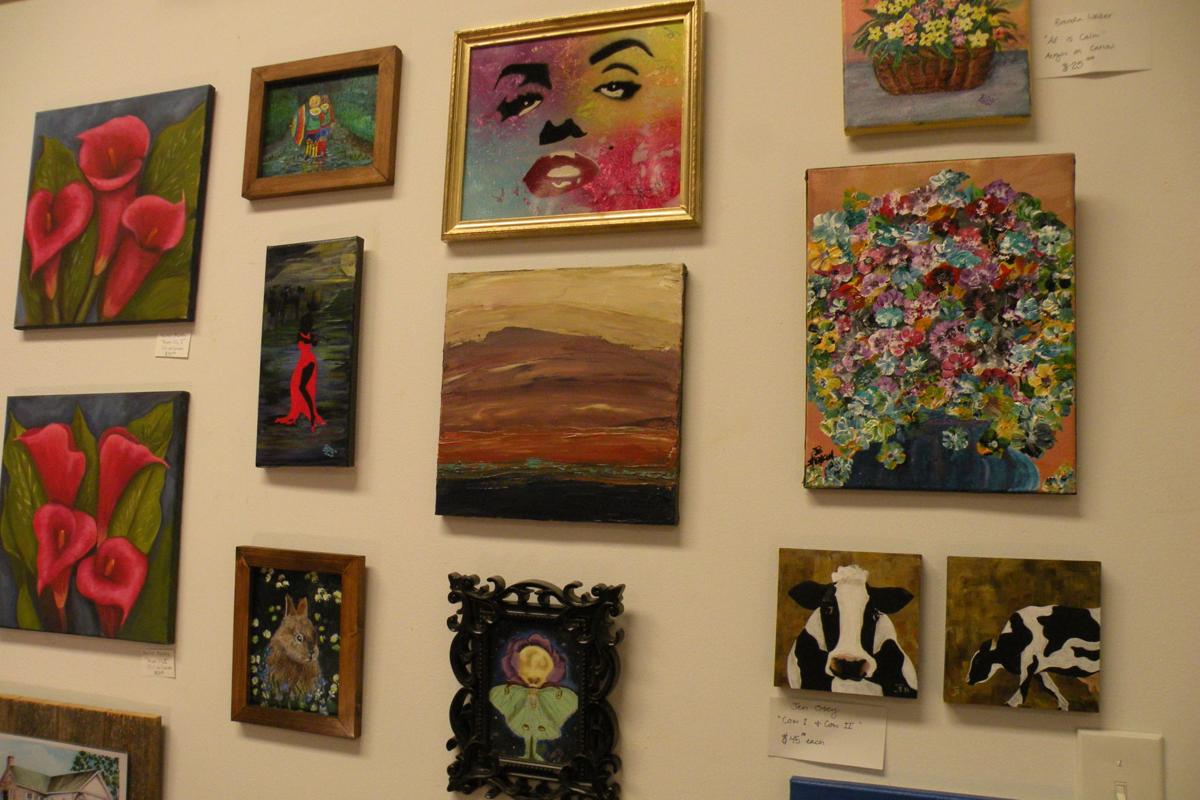 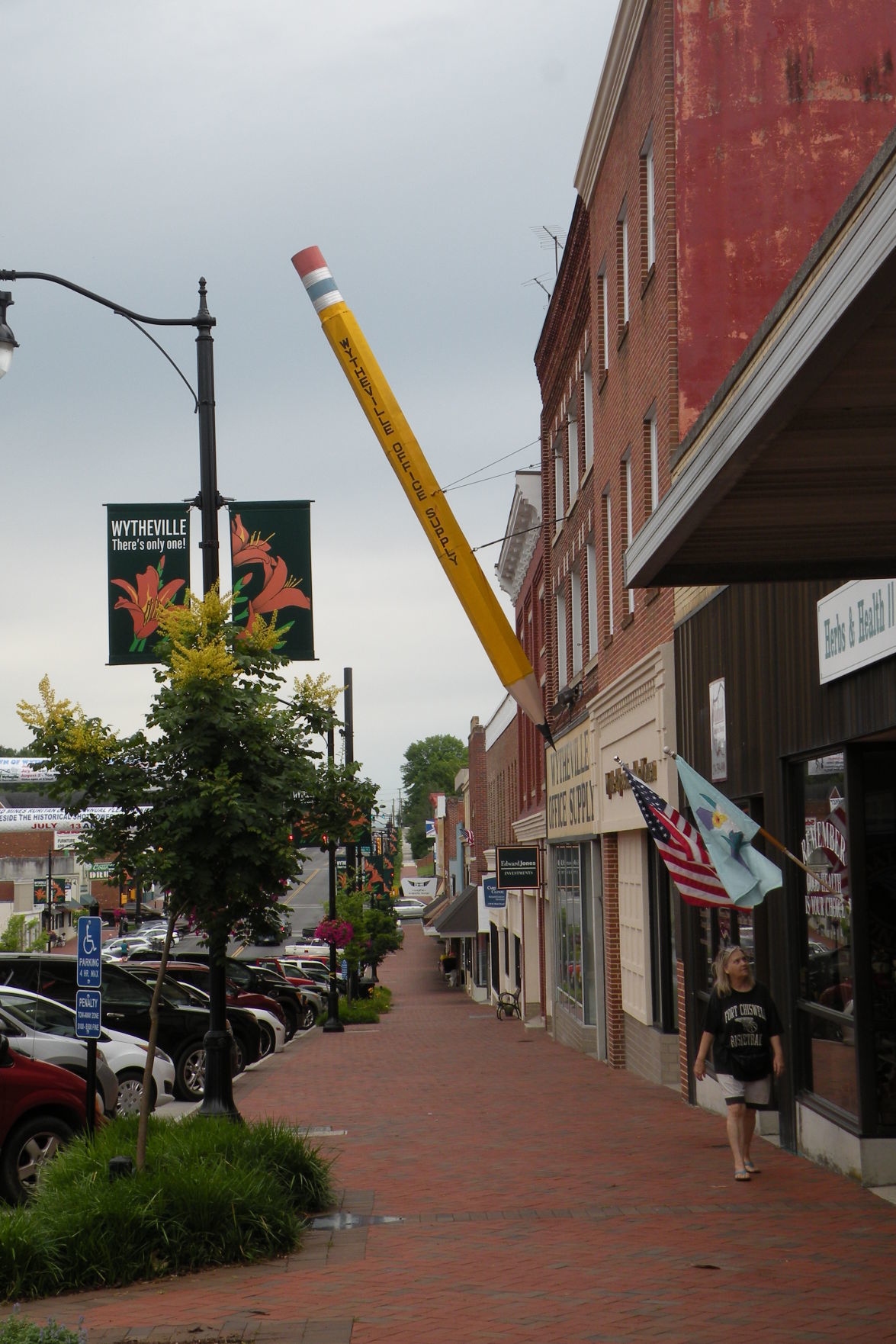 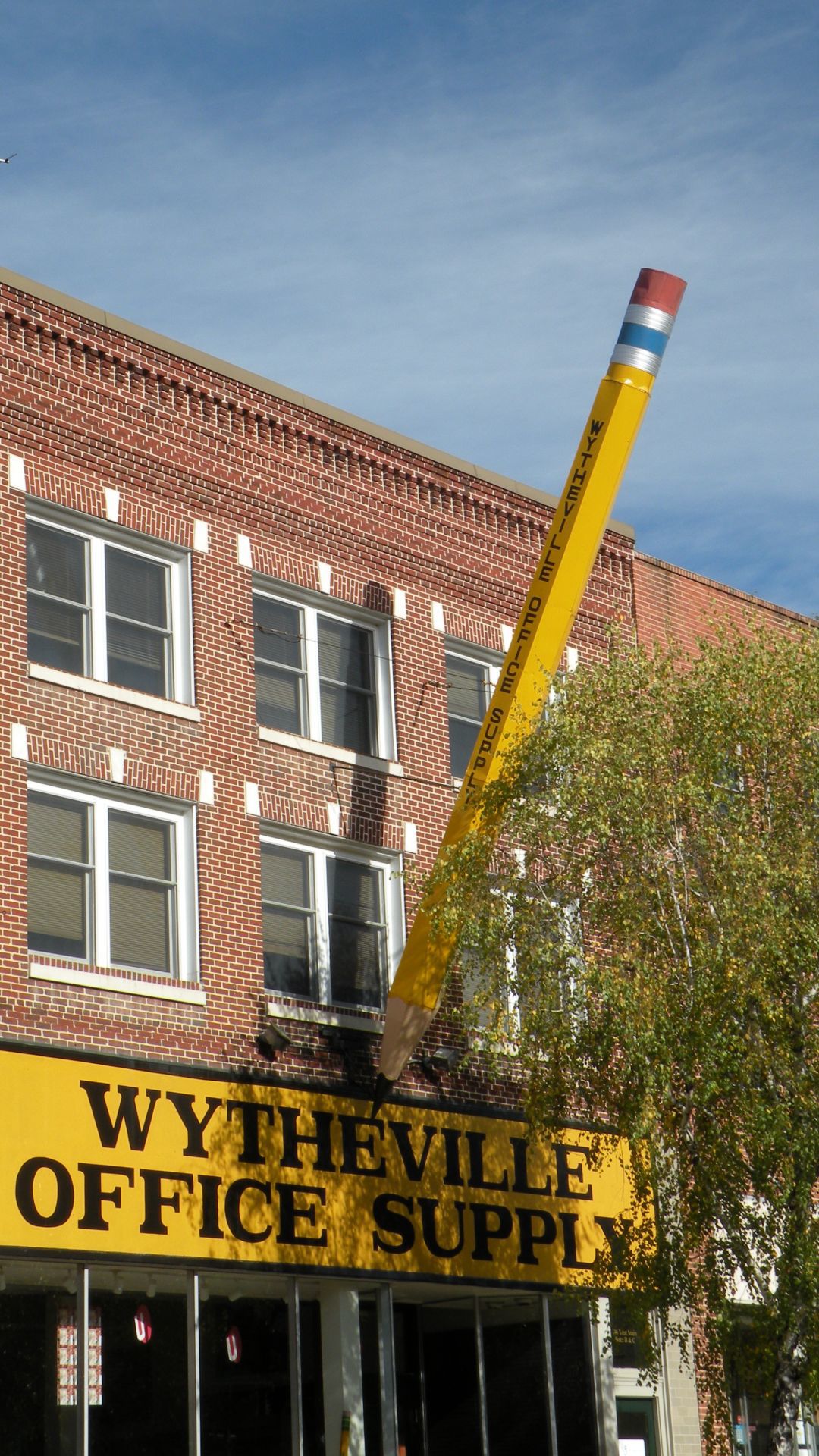 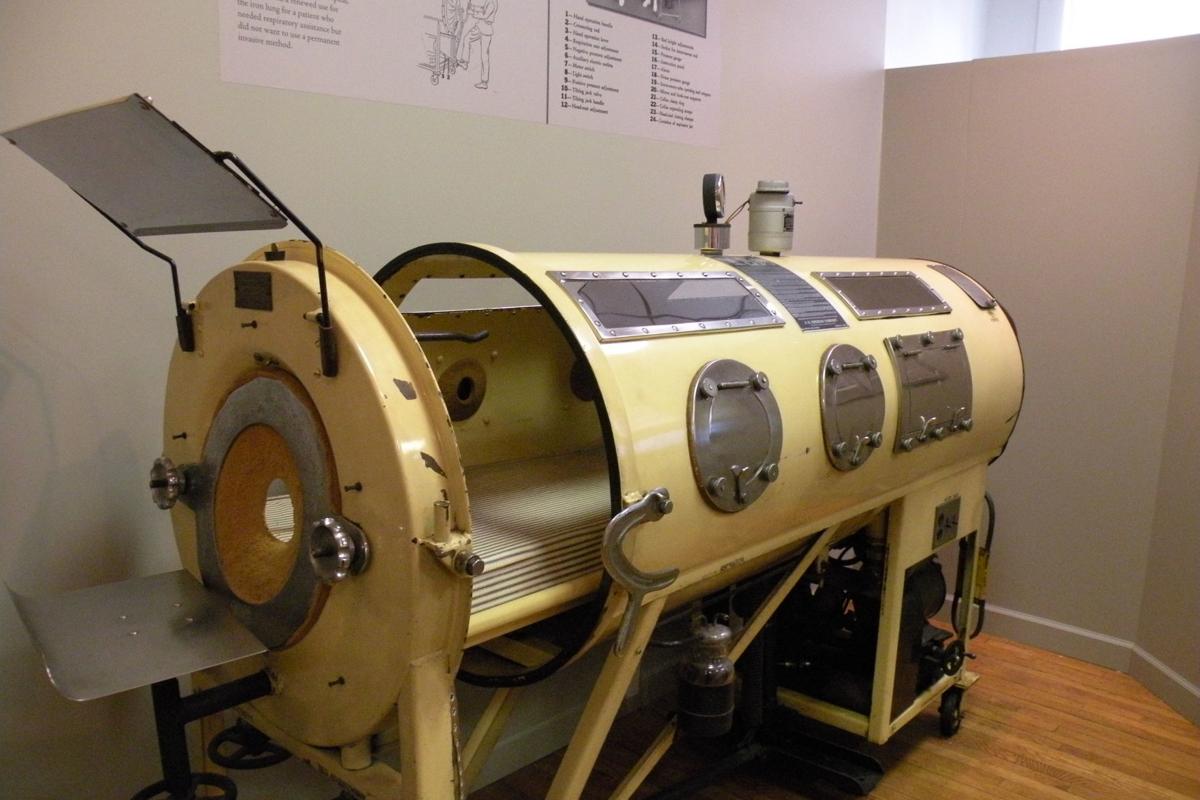 An iron lung on display at Wytheville’s Boyd Museum 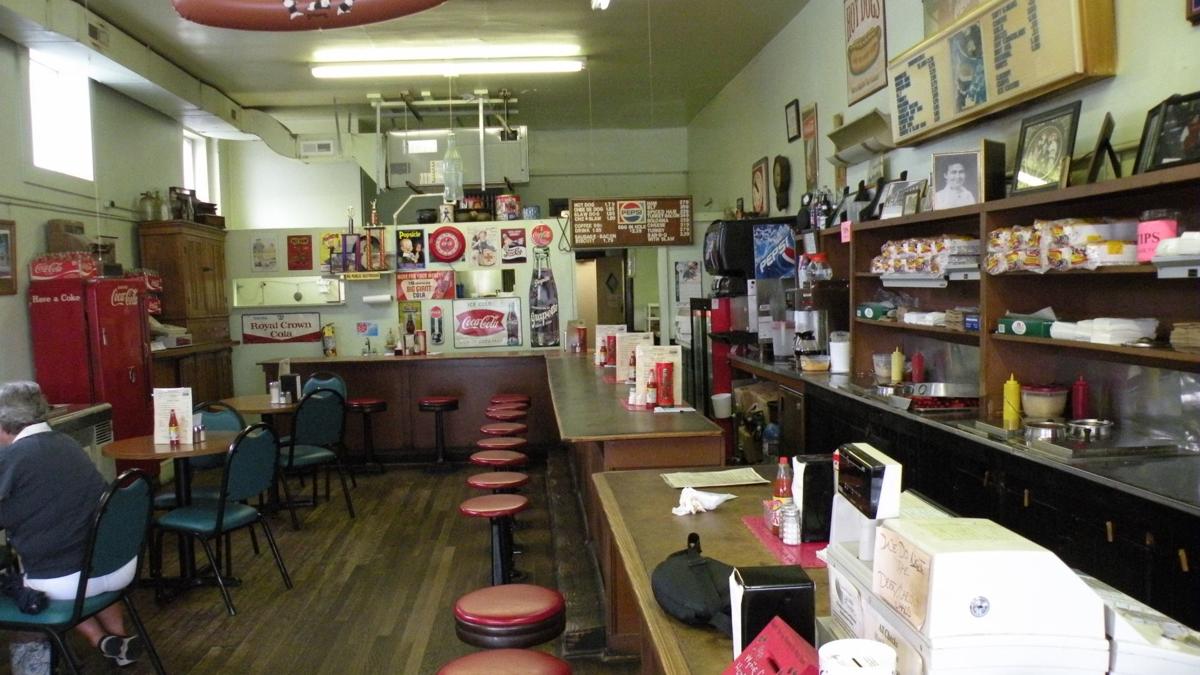 Skeeter’s Hot Dogs has kept the same look for decades.

The Bolling Wilson Birthplace Museum includes a gift shop with items related to the Wytheville-born first lady, Edith Wilson, such as cookbooks, her hoecake mix and a children’s book on the sheep she kept on the White House lawn.

Frocks at the Farmers Daughter boutique on Main Street

A wiffle pop gets its name from the way locals pronounce “Wytheville.”

Jen Otey, co-owner, with two of the potter’s wheels at Rose Cottage School of Art

Abi Long works in the window of Local Artists and Sellers Gallery on Wytheville's Main Street.

An iron lung on display at Wytheville’s Boyd Museum

Skeeter’s Hot Dogs has kept the same look for decades.

Wytheville is an old town with established attractions including a long-running musical dinner theater, the birthplace museum for the spunky first lady Edith Bolling Wilson and the state’s oldest, most famous hot dog joint. Three town museums interpret the finer points of gas station history, the town’s polio epidemic and the Union Army’s attack on Wytheville, allegedly foiled by the Civil War version of a female Paul Revere.

But the Southwest Virginia town’s traditional attractions are only part of the case for making the 75-mile drive down Interstate 81 from Roanoke.

In the past 10 years, Wytheville has been re-inventing itself. Its spruced-up downtown has welcomed new breweries, shops and eateries (including a pay-what-you-can cafe). Mountain bikers of all skill levels navigate a brand-new mountain bike terrain park in the town’s 1,800-acre mountain park.

At 227 years old, Wytheville is becoming an old town with a young vibe.

True, downtown looks like a snapshot of an earlier time, with its vintage street lights, mid-19th century storefronts and art deco theater. But look again. And listen. The new vibe along Main Street is enhanced by a background of soft rock or instrumental music streaming from street-side speakers.

Wytheville’s downtown is growing, with new businesses that include an artisan bakery, an art gallery with improv shows and a cottage studio where customers can paint, create pottery and record music. After a $700,000 face-lift, more folks are strolling downtown, hitting Seven Dogs Brewery or Graze on Main for music and shopping for antiques, frocks or signature eats such as Skeeter Dogs and icy Wiffle Pops. (“Wiffle” is a take-off on the way locals say “Wytheville.”)

Shops, parks, museums and the grand old Bolling Wilson Hotel are all located within a few blocks. Eyes are immediately drawn (pun intended) to the 30-foot yellow pencil hanging over Wytheville Office Supply — a favorite selfie spot. A penchant for art and history combine in Wytheville’s shops. The Wilderness Road Trading Company shop at the Log House restaurant charms with rustic home furnishings that beg to be displayed as art. The Gift Nook at the Bolling Wilson Birthplace Museum stocks items related to the Wytheville-born first lady: cookbooks, Edith’s hoecake mix, and a children’s book on the sheep she kept on the White House lawn.

On U.S. 52 north of Wytheville, Big Walker Lookout and Country Store will be commemorating the Civil War Battle of Wytheville and the courage of Molly Tynes. The legendary Tynes chased the night over five mountains to warn Wytheville of a Yankee raid. She probably saved a railroad, the lead mines and a salt works, if she did indeed do her Paul Revere ride. Some say she didn’t. On Sunday, a Molly interpreter will be eager to share her side of the story at the Lookout. She will be joined by Civil War re-enactors, period musicians and others. The Lookout hosts toe-tapping regional music and craft demonstrations every weekend through October.

A new mountain bike terrain park designed for beginners and experts alike is drawing mountain bike junkies to a shady slope in the town’s Crystal Springs Recreation Area. Using mainly natural materials, the park features novice obstacles such as ramps, balance beams and domes, as well as more advanced features including a teeter-totter, rock drops and ramp walls. The terrain park, 18 miles of trails and six primitive campsites at Crystal Springs are fee-free.

On the other side of Lick Mountain, Gregg Reynolds loads passengers into his six-person Polaris offroad vehicle and bounces them up to the panoramic views at Buzzard’s Roost. On the way, he points out bear-clawed trees, vernal ponds and the remnants of three cars used to haul moonshine.

“We met a woman who says she used to do that,” Reynolds said. “Said those cars just weren’t fast enough.”

Down in the valley, Reynolds’ wife, Ellen, runs Beagle Ridge Herb Farm and Flying Flowers butterfly house. Her shop is filled with dried lavender, soaps, lotions and potions, and you can learn how to make some of these items in her Lavender Academy on Aug. 10-11. Admission to her butterfly house includes a tour of her caterpillar propagation facility and an invitation to return in September when she releases Monarch butterflies for their southern migration.

Town museum officials have revived the gentleman’s game of vintage baseball, played 1869 style. Players wear no gloves, pitch underhand to the spot the batter indicates, and in general behave like gentlemen, says Wytheville Deacons player Mark Bloomfield. The next game is July 31.

All musicals, all the time — where else can you find that attached to a German-themed restaurant in Southwest Virginia? In addition to four-course American meals served by actors, Wohlfahrt Haus dinner theater offers rousing singing and dancing guaranteed to put pep in your own step. “A Country Gospel” plays until September, followed by Johnny Cash’s “Ring of Fire.”

In the summer of 1950, one resident after another was stricken with polio, and soon the town was quarantined, closed to visitors. The memory of that summer — when Wytheville became the epicenter of a polio epidemic — is preserved in an exhibit at the Thomas J. Boyd Museum. Visitors can imagine what it was like to live in the coffin-sized iron lung where a local resident spent his last 32 years. The collection also contains images of the polio victims, 1950 newsreels, an oral history of the epidemic and a highway sign warning travelers of the polio outbreak in Wytheville. The display is one of only a handful of polio exhibits in the world.

More than 100 miles of yard sales along a two-lane highway might sound too good to be true. But on July 26-28, it will become a reality between Wytheville and Harmony, North Carolina. Intended to spur economic activity along Historic U.S. 21, the road market is a two-state endeavor in which residents and merchants host hundreds of yard sales, sidewalk sales and markets along this scenic route.