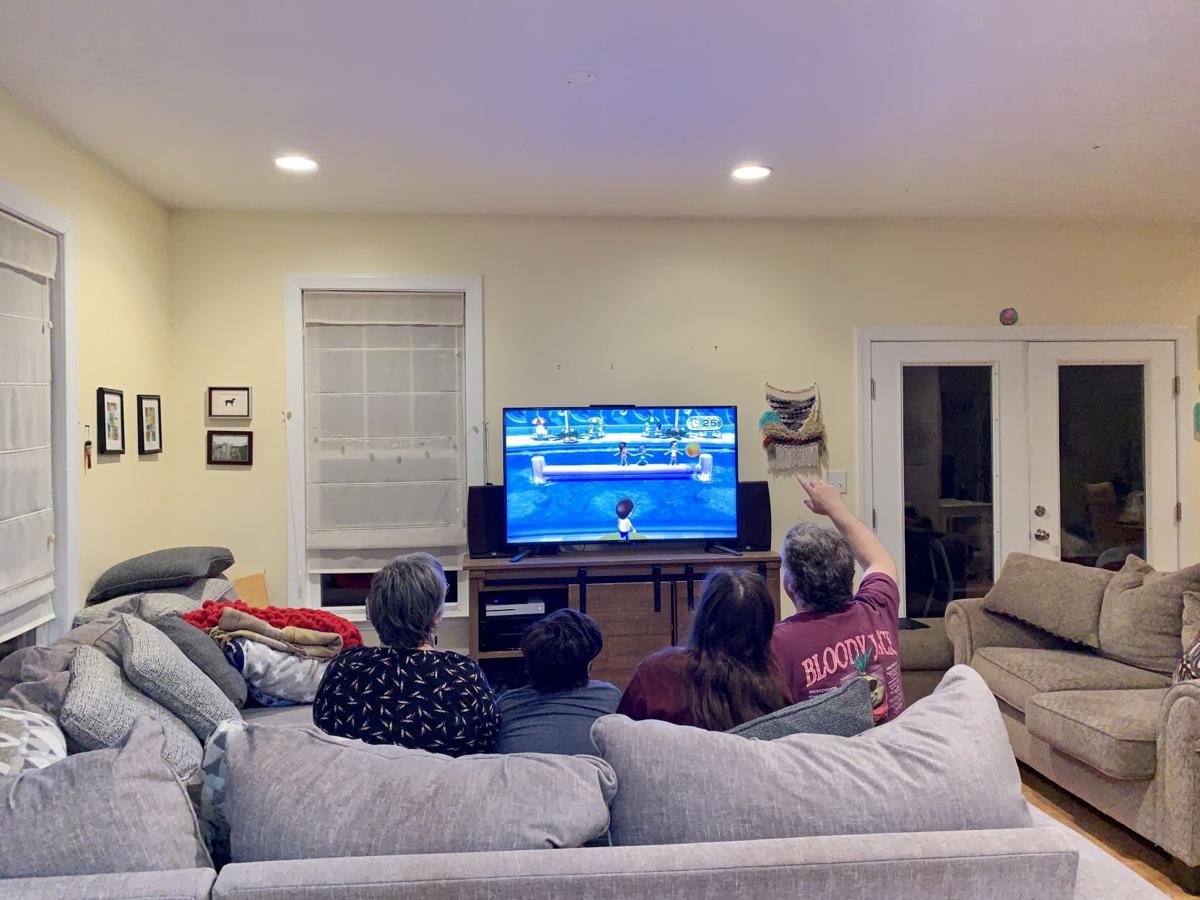 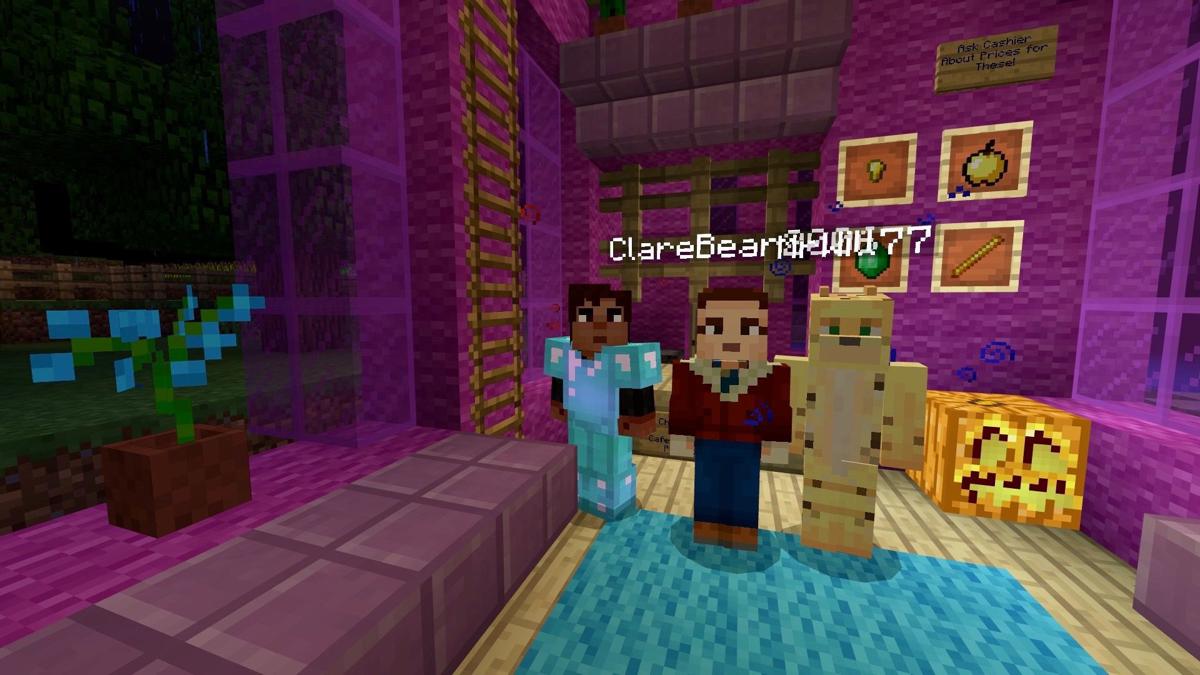 A screen capture image from Minecraft, a game that Bill Ellis plays with his son and daughter. 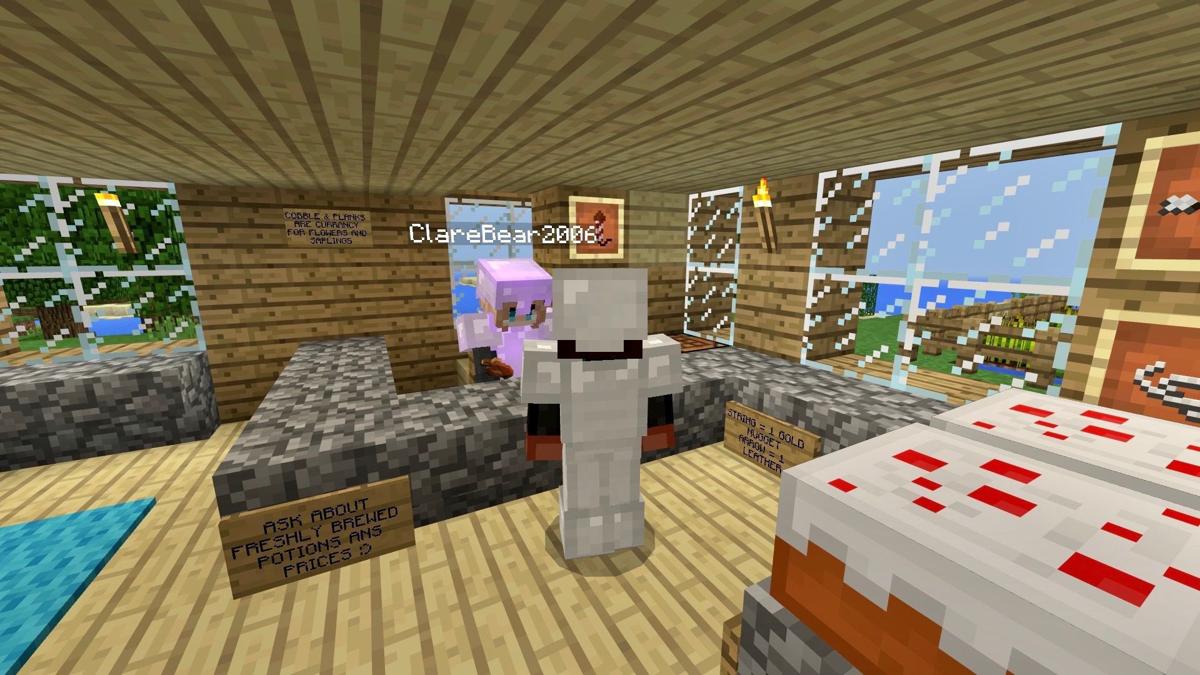 A screen capture image from Minecraft, a game that Bill Ellis plays with his son and daughter. Clare is a builder, and Will is an explorer, their father said. 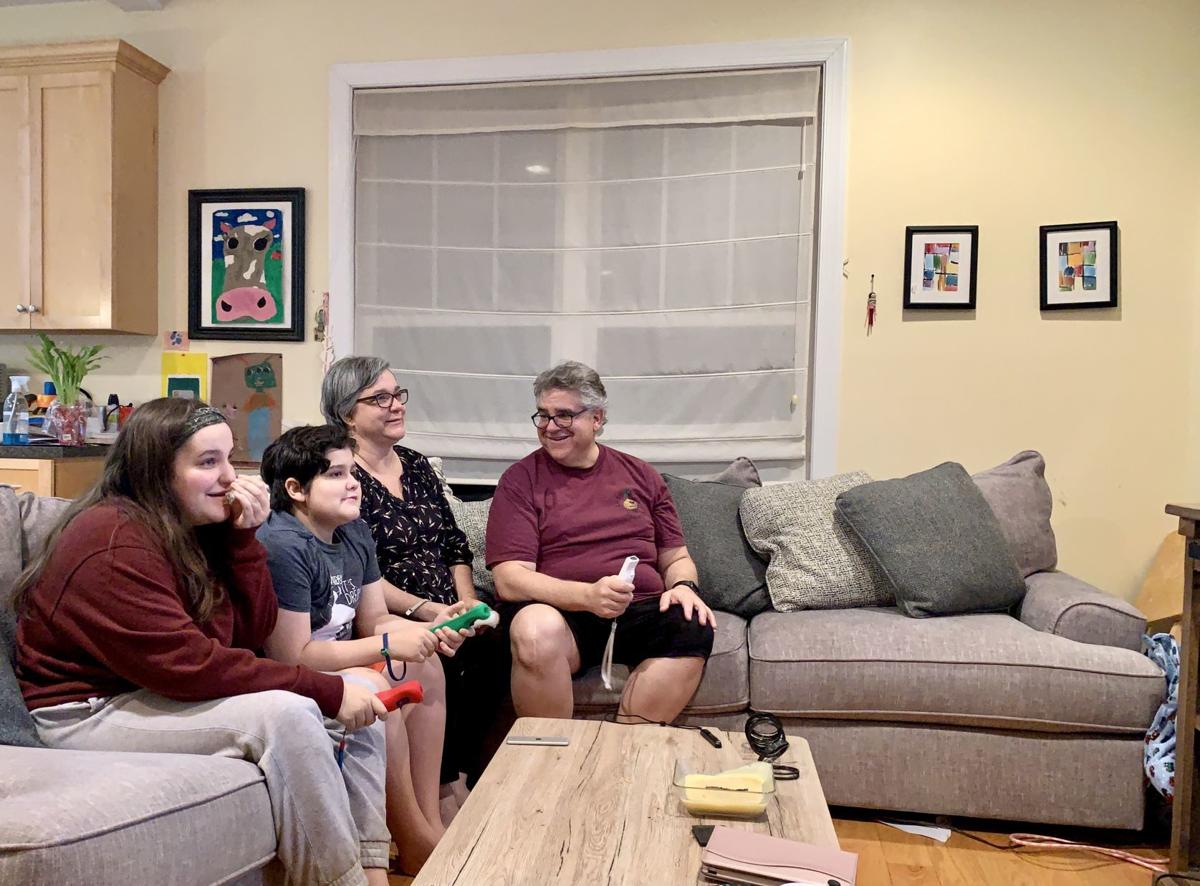 A screen capture image from Minecraft, a game that Bill Ellis plays with his son and daughter.

A screen capture image from Minecraft, a game that Bill Ellis plays with his son and daughter. Clare is a builder, and Will is an explorer, their father said.

Father Bill, mother Angie and children Clare and Will sit together near-nightly for Nintendo Wii Party and Wii Sports action.

That used to be a once- or twice-a-month fun outlet, Bill Ellis said. But since the COVID-19 pandemic closed off such outlets as restaurants, movies and greenways, it’s become a more frequent activity.

“We’ll go for walks,” Ellis, 49, said. “We have a piece of property that has a little creek on it. But there’s just limited stuff you can do. ... It just has changed.”

In an era where life has been a more shut-in proposition for most, video games are providing opportunities to bond at home, and to reach out.

In Southwest Virginia and worldwide, people are gaming in an attempt to make the most of homebound down time.

Media ratings company Neilsen last month surveyed about 3,000 people in the United States, France, Germany and the United Kingdom about their gaming habits, according to The Hollywood Reporter. The U.S. showed the largest spike, 45%, according to the survey.

It’s not simply about staying in, putting on a headset and shooting ’em up. Ellis said that his children are using games to stay in contact with their friends.

Clare Ellis, 13, and three of her middle school friends play games together while chatting.

“I’ve never heard her laugh more,” Bill Ellis said. “The game is just a vehicle for them to all hang out and play a game and talk on their phones, because they can’t be there in person.”

Son Will, 11, is talking more with his school friends than ever before, in an era where learning comes at a distance.

“They talk and laugh and create their own jokes” while on the Roblox platform, Bill Ellis said. “They’re hanging out more, they’re just not doing it in person. It’s been fascinating to watch.”

Staying in, reaching out

Roanoke resident David Valladares is a bank employee working from home in the novel coronavirus era. Valladares, 24, had seen his gaming time decrease before the pandemic. With interests including motorcycle riding, he was out a lot, he said.

“I’m definitely playing a lot more,” Valladares said. “It seems a little selfish to ride the motorcycle, in case something happens. That’s an extra bed that can be taken up by me sitting” in a hospital.

Instead, he’s using one of his several platforms — Microsoft Xbox, Sony PlayStation, his PC, Nintendo Switch — to play such games as NBA 2K ’20 and Animal Crossing.

“Animal Crossing is pretty fun, because you can interact with people,” he said. “Really, any multi-player game, I’ll get on and talk to somebody I haven’t talked to in months [who is] also online now.

“It’s way more interactive than going on Facebook and having a chat. You’re having a conversation, but you have something in common. You’re literally playing basketball with each other online.”

Valladares has been on Discord a lot. “It’s like Skype for younger people,” he said. “There’s groups with 10 to 15 people. I’ve met maybe three in person, but these people know me better than anybody else.”

They’ve used that platform to chat and play games including Jackbox and online Cards Against Humanity, he said.

“Obviously, in-person is a little bit different,” Valladares said. “But this is as close as you can get right now.”

Bill Ellis, a commercial insurance agent who travels to such disaster aftermaths as fires, hurricanes and tornadoes, said he was never a huge gamer before he and Angie, 49, had kids. Ellis had an Atari machine as a kid, and played Super Mario Bros. during college. But that was it.

Then the children, during their elementary school years, got into Minecraft.

“I knew video games were going to be part of their life, so I decided at that point I was going to learn to do it with them,” he said. “And it really became a thing for us three. We played Minecraft almost every day, for an hour or so, together. We’d be in the same room, so we could talk, and we would build things.

“My daughter and son both are very creative people, and it just matched up with their creativity.”

Clare is a builder, and Will is an explorer, their father said.

“We all make rooms for each other in the houses,” Bill Ellis said. “If she needs more materials, I like to go out and chop down the trees and bring her back certain kinds of wood. It’s kind of an interaction thing, where we can play together.

“It’s really cool. She’s sitting at the dining room table, playing on her laptop. I’m playing on my son’s Xbox, and he’s playing on his computer.”

He and Will got into Fortnite for a while, but have lost their enthusiasm for it. Angie Ellis, a school administrator, is not into those games, but she enjoys the Wii family hours, Bill Ellis said.

It’s become more than a bonding experience, he said.

“I knew there could be some real battles over electronics time” with the kids, he said. “You’ve gotta pick and choose how you do this.

“They’re going to play electronics. The more you can make it into something productive, the better. And what I’ve seen with my own kids is when they’re not playing with me, their electronic time is social and creative.”