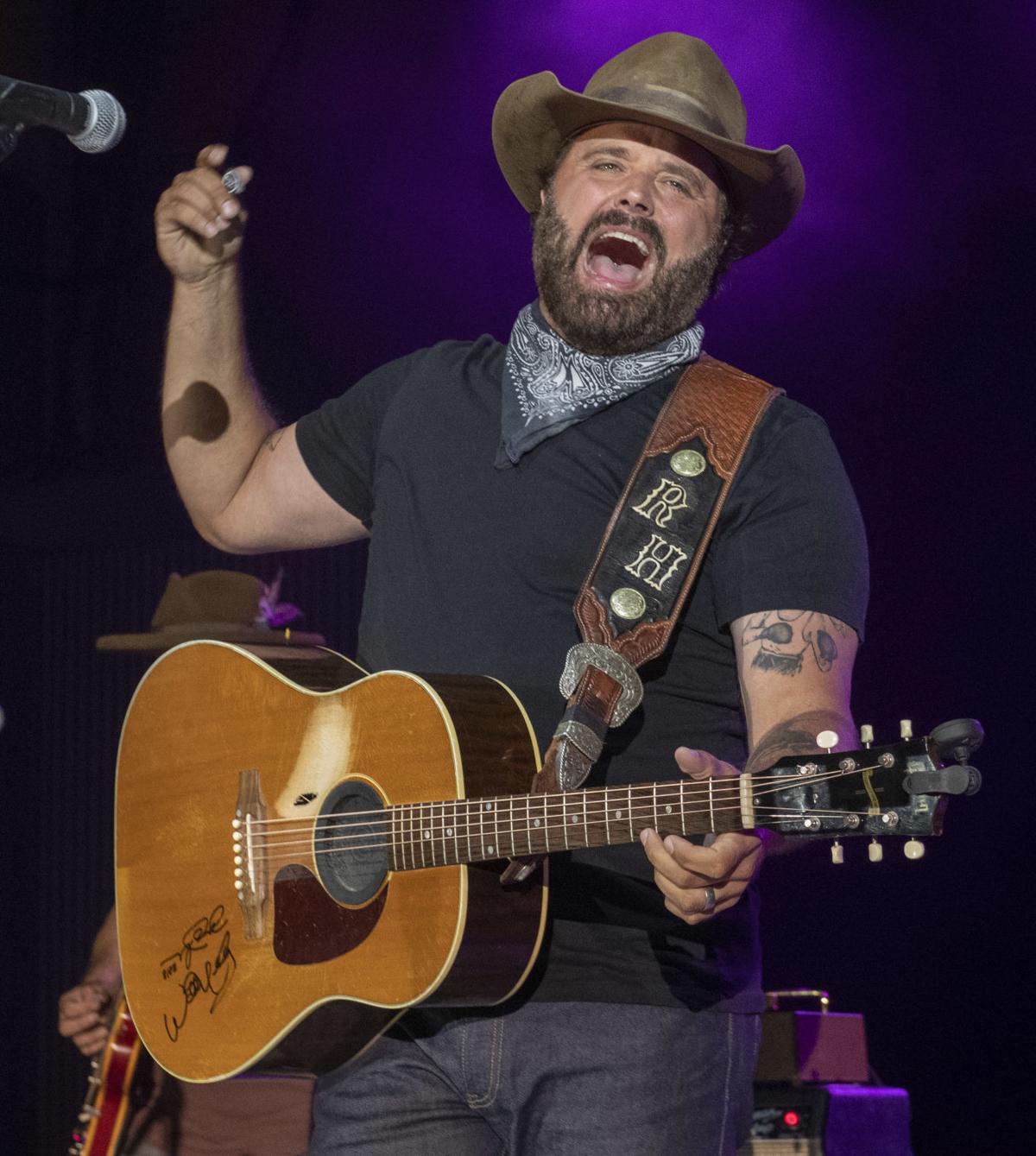 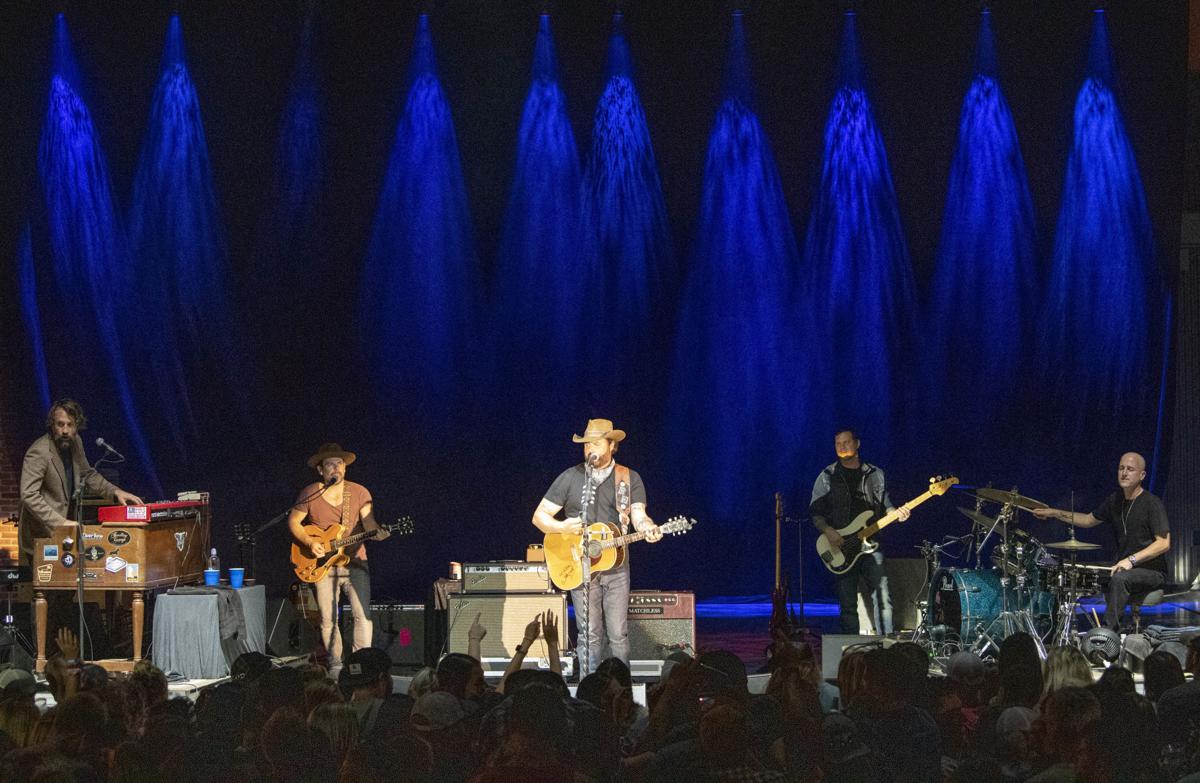 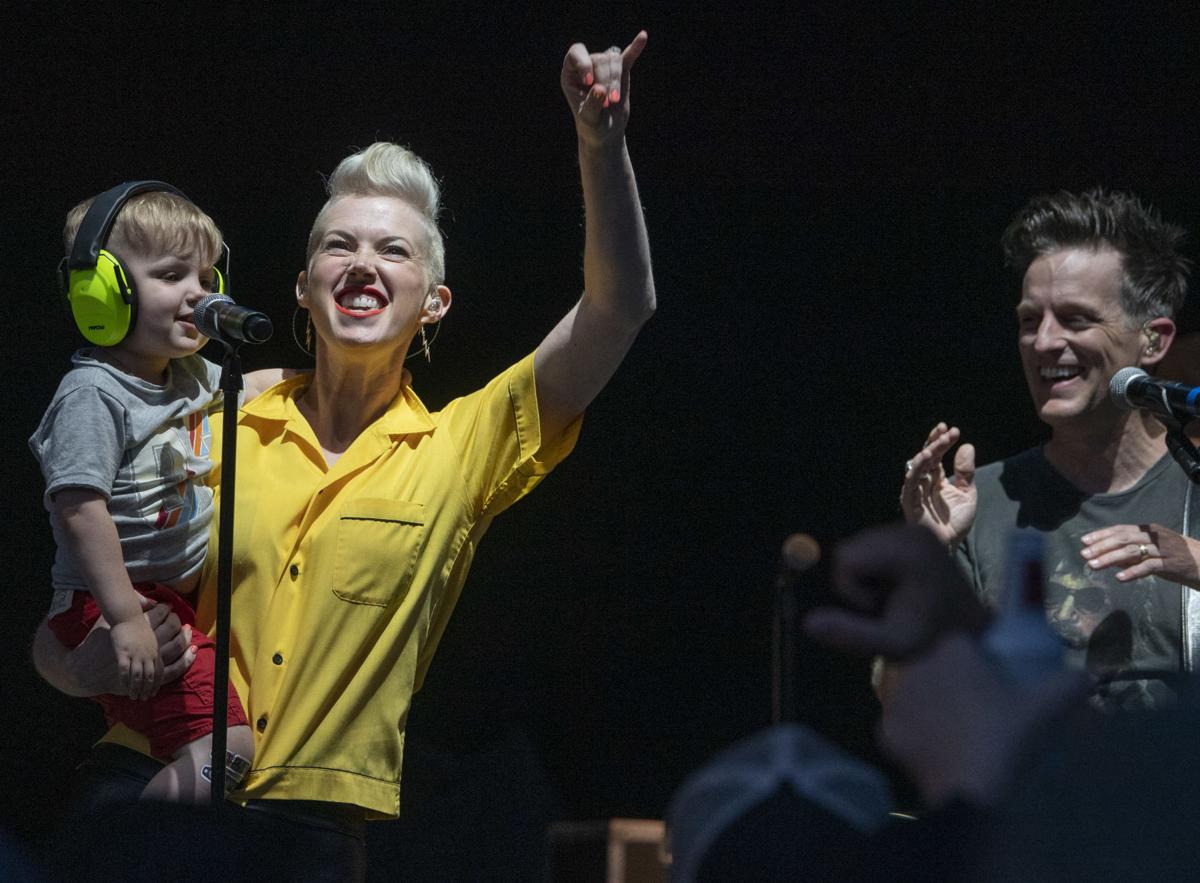 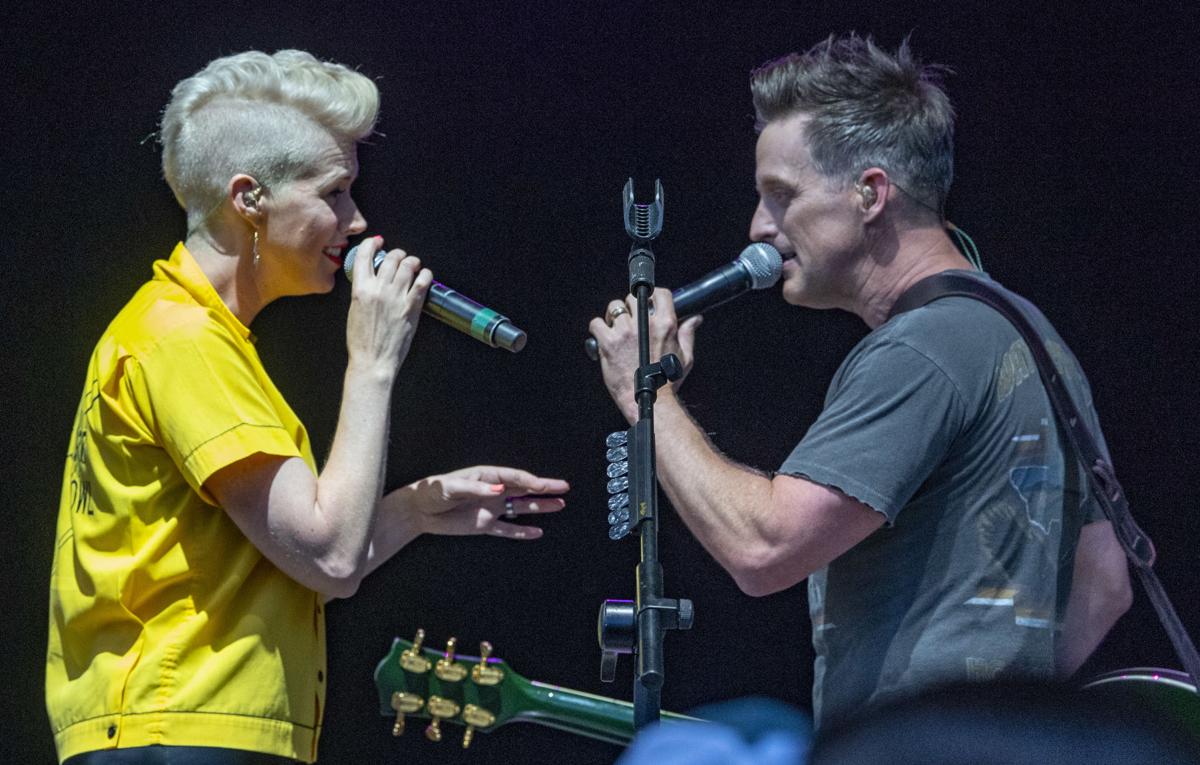 If you're a country music headliner these days, you're probably scared to bring Randy Houser on the road with you.

The Mississippian has both hits and deep cuts that can move an audience. More importantly, he has performance skills. He sings with resonance, showing a voice full of blues and soul, but with a country twang that proves he's just being himself, even while blasting at the top of his range.

Houser can play guitar, too, strumming and flat-picking an acoustic or bending the strings on a Fender, Gretsch or Gibson. Every member of his four-piece backing band is just as good or better, instrumentally.

Scariest of all for headliners looking for a warm-up act, Houser has been doing his thing at the large club level of late. His March and April dates were at nightspots in Wisconsin, Pennsylvania, Indianapolis and Denver. Here's a man with success who still knows how to make an intimate show happen, but hasn't lost a knack for projection.

On Friday at Elmwood Park Amphitheater, Houser and his band brought all that to bear on a crowd that show promoter Berglund Center announced at 1,975. It wasn't the same size audience that Berglund officials counted a week earlier, when Styx sold out the venue at 4,500. But the closing show of Berglund's two-concert Bud Lite Up The Night Series was just as lively in its way, with people packing the concrete floor in front of the stage, clearly feeling the hard country vibe coming from the headliner.

Things started to heat up three songs in, after Houser led off the set with neo-outlaw number "We Went" and his 2013 laundry list of relatable experiences smash, "How Country Feels." A new song, "High Time," from January release "Magnolia," was a country-soul sparkplug, Hammond organ soaking the halftime groove atmosphere as Houser sang about getting loose after a week of hard work.

"I'm tired of fighting that wheel / now it's all downhill ... Gonna sit right here on the porch in the dark, a little something to spark," he sang.

He followed it up with "No Good Place to Cry," about the type of post-breakup alienation that leads the broken-hearted to a strange bar, trying to hide, too busted up to tell the tale.

It was dark country, but relatable, in the "little bit of Waylon, whole lot of Motown" way that Houser sang about on "My Kind Of Country."

Speaking of Waylon (Jennings, that is), Houser did a medley of "Good Hearted Woman" and Willie Nelson's "On The Road Again" before getting back into his own material with recent single "What Whiskey Does" and putting slide to strings on a Silvertone electric for "Mamma Don't Know."

He dedicated fan favorite "Like A Cowboy" to the victims in yet another mass shooting, this time in Virginia Beach, working the singalong chorus to close the show. He encored with another post-work week number, the outgoing "Whole Lotta Quit," and 2013 signature song "Runnin' Outta Moonlight."

Houser is three years beyond his last hit single, the set-opening "We Went," but he is nowhere close to being done as an effective live performer.

It was Houser's first time in Roanoke since he opened for Dierks Bentley at Berglund Coliseum in October 2016. It had been even longer for second-on-the-bill Thompson Square. Keifer and Shawna Thompson last played Roanoke in July 2015, in an acoustic show at Sidewinders Steak House and Saloon. The couple, who also played Sidewinders in December 2013 and in front of Jason Aldrean about two years before at Berglund (then called Roanoke Civic Center Coliseum).

"We've been making babies and raising babies," Keifer Thompson told the crowd, explaining why it had been so long. Well, only one baby, really. The little fellow, named Cooper, even ran out to his mama on cue and sang some sweet gibberish into the mic. His parents, strong harmonizers, led their band through hits "Are You Gonna Kiss Me Or Not" and "If I Didn't Have You."

Show opener Austin Burke pretended to break some news, saying he signed a contract with country hit maker Thomas Rhett "just a couple of days ago," about two weeks after getting engaged. Truth was, he proposed onstage in April (with help from the aforementioned Bentley, at an Arizona concert), according to the Arizona Republic newspaper. He announced during his April set opening for Bentley that he had signed with Rhett, the Republic reported.

When he wasn't making up dates, he was singing songs including Spotify hit "Whole Lot In Love."

Sort-of-unrelated to all the music: After an afternoon and early evening of sometimes hard rain, one could not have requested a nicer night to be outside.