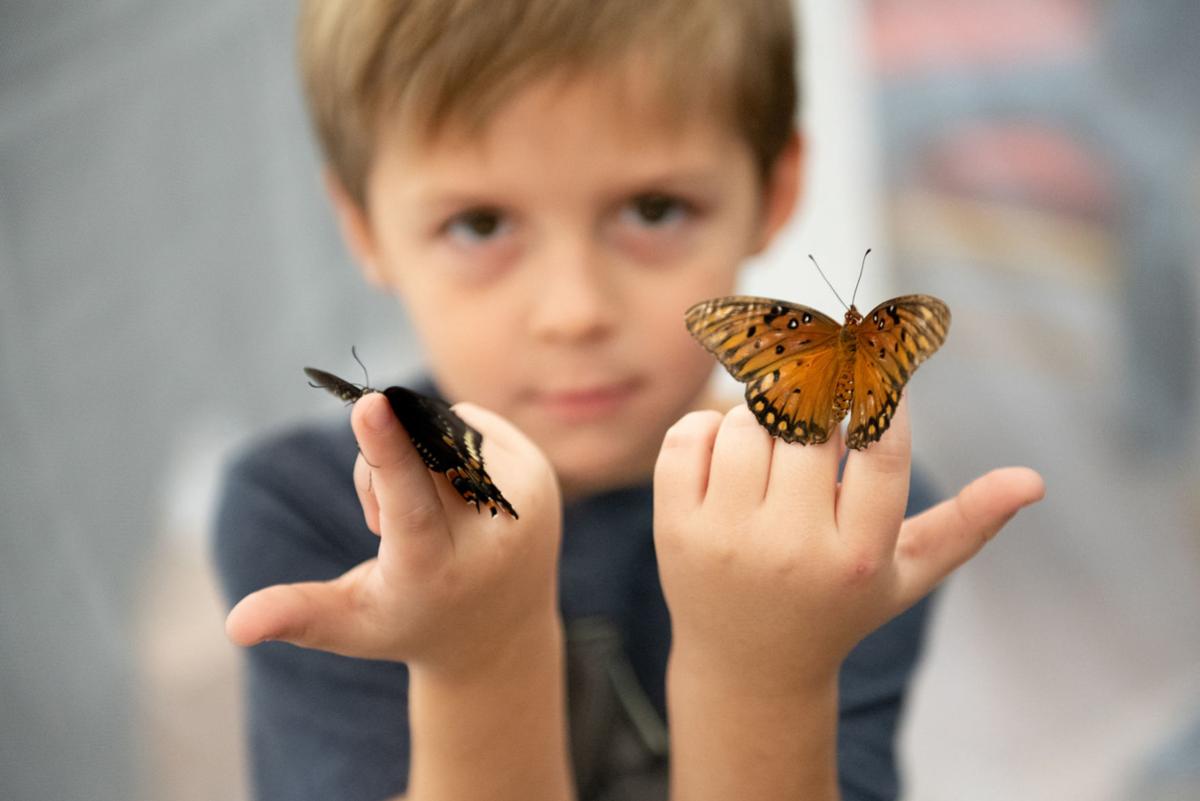 The ninth annual Hokie BugFest will bring thousands of insects and people to Blacksburg. 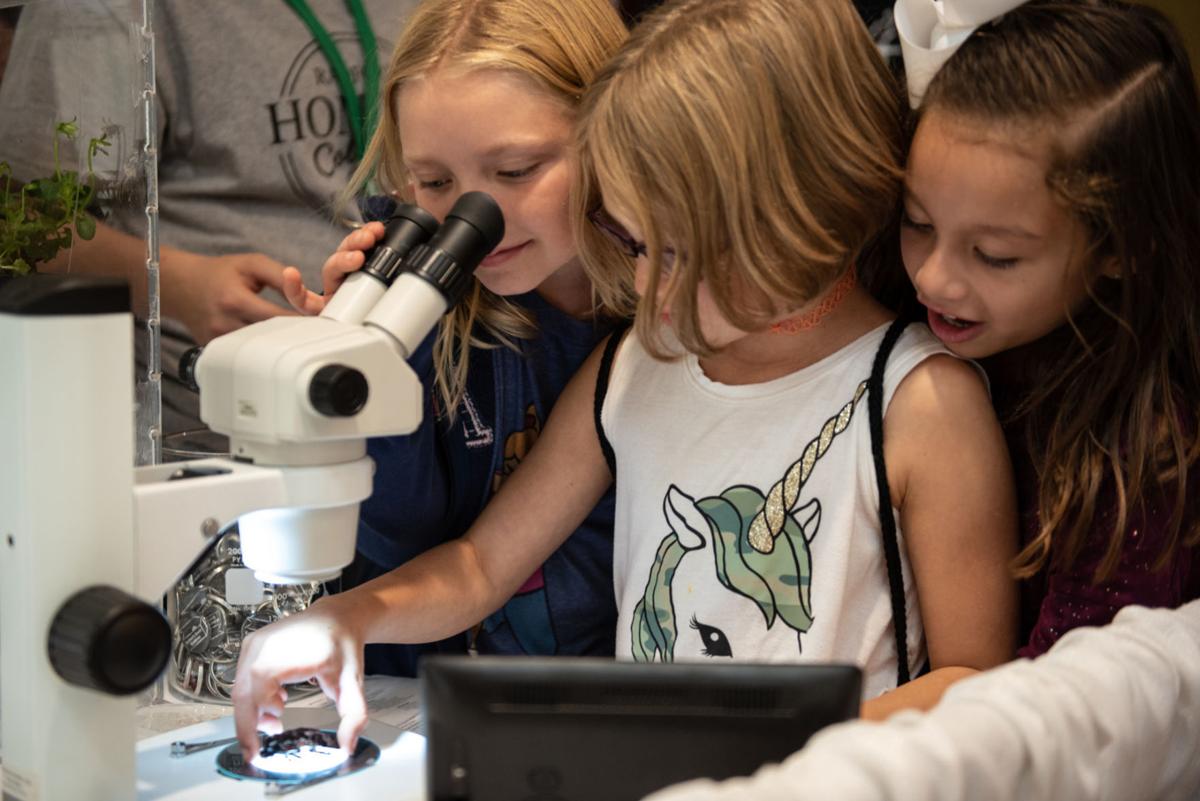 The event promises to be educational, as well as fun for children and adults. 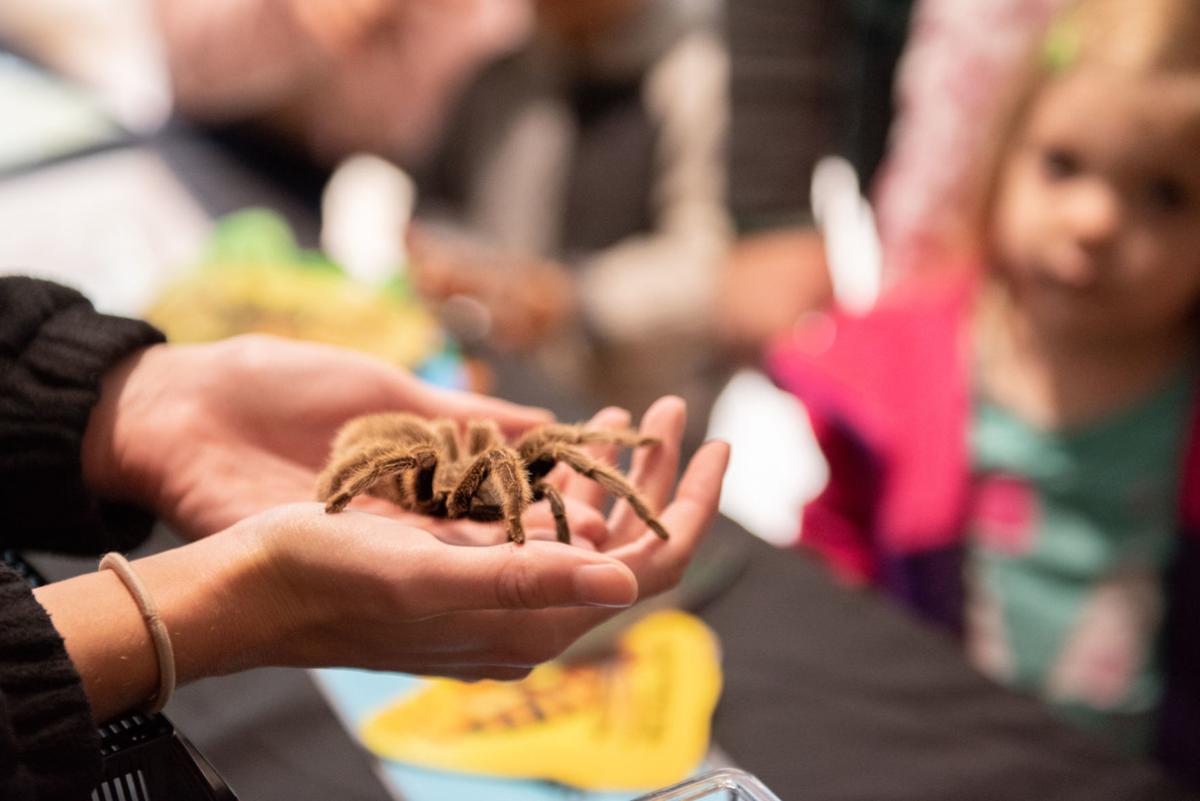 Get up close and personal to a tarantula and other critters at Hokie BugFest.

The ninth annual Hokie BugFest will bring thousands of insects and people to Blacksburg.

The event promises to be educational, as well as fun for children and adults.

Get up close and personal to a tarantula and other critters at Hokie BugFest.

Blacksburg will be crawling with bugs, and people, this weekend. The ninth annual Hokie BugFest celebrates all six-legged (and up) creatures.

BugFest mixes fun stuff — such as making bug costumes at the Lyric Theatre, humans racing while dressed as dung beetles, bug-eating contests — with educational exhibits and interactive sessions that demonstrate how important insects, arachnids and other creepy-crawlers are to the ecosystem. And, even though many of the activities are kid-friendly, BugFest isn’t geared just for children.

“We want to spread the word about insects that are good and bad,” said Dana Beegle, a marketing coordinator for Virginia Tech’s Department of Entomology, one of the main organizers of BugFest. “People think bugs are pests. Only a few bother us. Thousands and thousands benefit us, and we need to pay attention to them.”

BugFest attracts visitors like moths to a porch light. More than 8,000 people are expected to descend upon downtown Blacksburg near the Tech campus for the one-day event. This year’s BugFest features several new attractions, which include Dan Capps Insects traveling exhibit of thousands of creatures from all over the world.

Capps, of Madison, Wisconsin, started collecting insects in 1958 at the age of 8. His collection includes bugs from Australia, Jamaica, Cuba, Papua New Guinea, Mexico and other countries and continents. His website states that Capps is also a champion cricket-spitter, having spit a cricket a record-setting 32 feet and one-half inch. (The site states that his son, Jeff Capps, unofficially broke that record.)

The event includes larger-than-life, 3-dimensional projections of insects, an insect magician (who is human, apparently, and not a real bug that does tricks), films at the Lyric, an art contest (entries due Thursday) and dozens of other activities.

BugFest organizers teamed with the Virginia Tech Center for Autism Research to provide activities to children with autism, along with quiet rooms for families who desire sensory-friendly things to do.

Grown-ups can also pick up free plant bulbs that will produce early spring nectar for pollinators.

“We have a lot of exhibits on pollinators,” Beegle said, noting the dire condition of pollinators such as wild honeybees.

For a complete schedule of Hokie BugFest events and activities, go online to https://www.ento.vt.edu/4-H_Entomology/hokiebugfest.