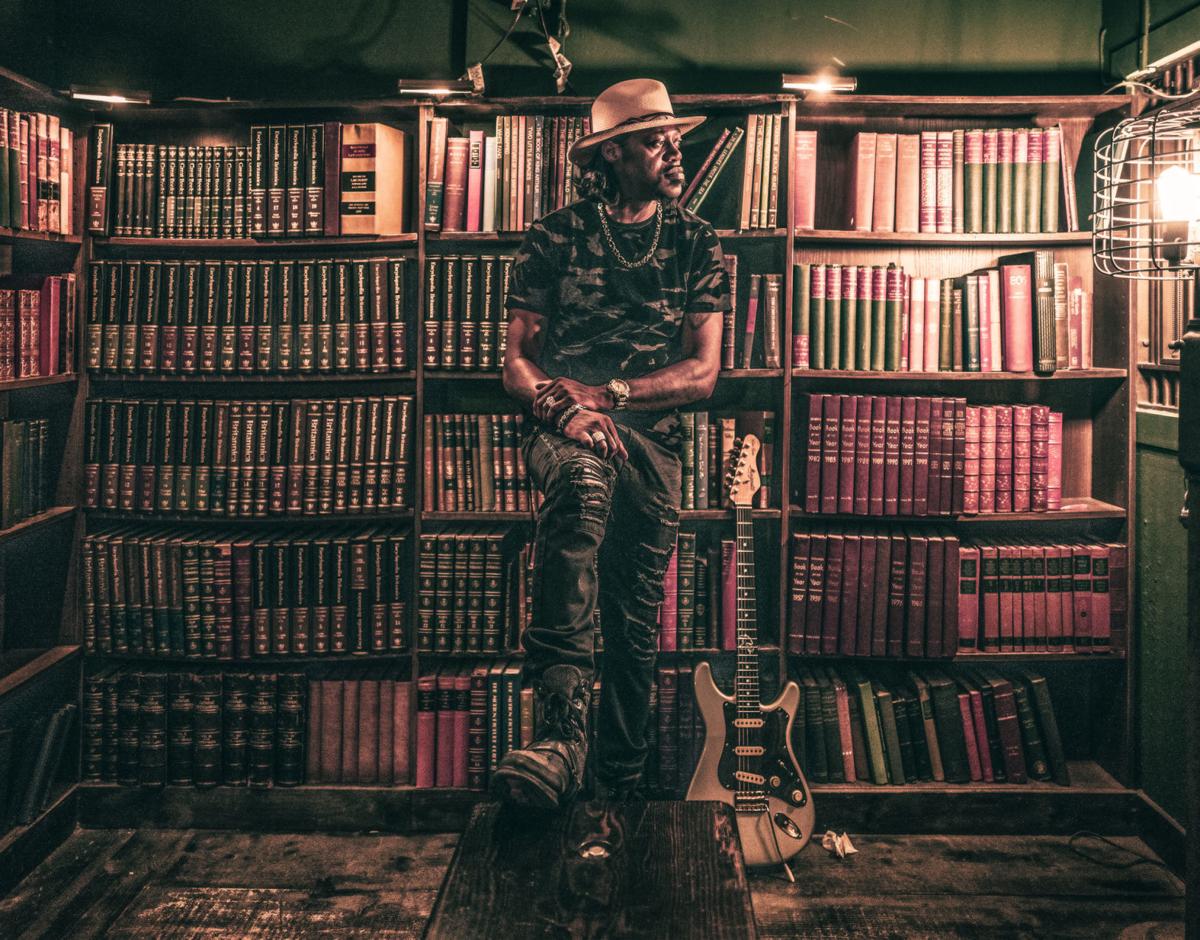 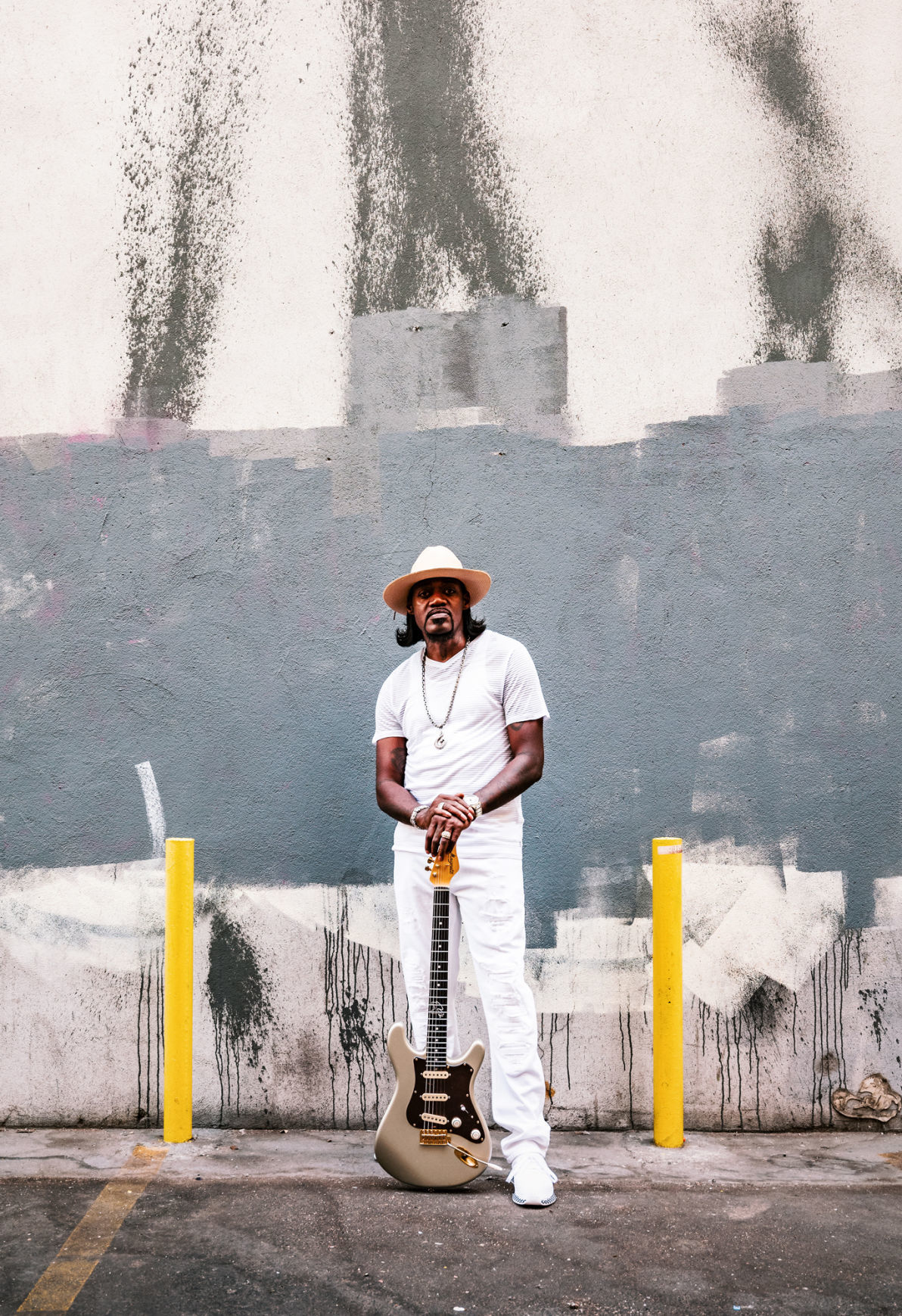 Guitarist Eric Gales was named blues rock artist of the year at the Blues Music Awards ceremony in May.

Guitarist Eric Gales was named blues rock artist of the year at the Blues Music Awards ceremony in May.

A two-hour drive is a thing of joy for a nationally touring musician. Hop on U.S. 220 from Greensboro, North Carolina, to Roanoke, and you’ll get here in just about that time.

Such a route is great news for Eric Gales, a blistering hot blues-rock guitarist who returns to 5 Points Music Sanctuary on Friday for his third gig since March 2019. The first two were to packed houses, which is more than a bonus, Gales said.

“We enjoyed ourselves and basically sold the place out,” Gales said in a phone call last month. “It’s awesome to see a lot of people come out. It’s great.”

They’re coming out to see a musician near the top of his game, with what the sports analysts call tremendous upside. That’s mostly due to more than three years of sobriety.

It’s not a secret that Gales is in recovery from a drug addiction that led to arrests as it hampered his career. Gales makes a point of talking about it during his shows, including the ones at 5 Points. On the other side of using for nearly three decades, the 45-year-old Memphis native who came on as a teenage phenomenon is finally seeing sustained commercial success. His 2018 album, “Middle of the Road,” went to No. 4 on the Billboard blues albums chart. Follow-up disc “The Bookends” peaked at No. 1 on that chart last year. Last May, he won blues rock artist of the year at the Blues Music Awards ceremony, in his hometown.

Gales credits his sobriety, aided by a group of friends and loved ones that include his wife — and percussionist — LaDonna Gales.

“I just got tired, man, you know,” Gales said. “I had somebody pretty positive in my corner just there to basically help me realize that it wasn’t working, and what did I have to lose, but to gain life. That’s what wound up happening. I’ve made a complete turn.”

LaDonna Gales, who is also his manager, isn’t onstage to help keep tabs on her husband. She is a crushing player herself, locked in tightly with the band’s drummer, fellow Greensboro resident Nick Hayes. The Gales band recently added bassist Nil Jones, a Memphis-based player with whom Eric Gales has worked before.

The guitarist moved to Greensboro nearly eight years ago, after meeting the woman who is now his wife. They met when Gales was playing a show in town, he said.

Gales’ friend and sometime musical partner, Joe Bonamassa, has called him one of the best, if not the best, guitarists on the planet. Other accolades have come from the likes of Carlos Santana. The key is a six-string style that incorporates classical and jazz, with rock shredding, combined with an effective vocal instrument.

Trained by one of his brothers to play left-handed, his dominant right hand is on the fretboard, with its low E-string upside down. Over the years, Gales picked up naturally on every style he liked.

“Like a lot of things, just pour it in the pot and … just start adding to it, the different varieties,” he said. “What comes out is what comes out.”

On stage, he sounds like an open channel for musical information, moving beyond song form into extended improvisational jams.

“There really is hardly no thought process,” he said. “It’s just pure emotion, taking it as it comes and never looking back. Sometimes I have something else at the top of my head, and we roll with that, or there’ll be something we’ve done the past few nights, but even then, it comes out different — different night, different energy, everything is spontaneous, even in the midst of a regular song format. So I feel that it’s just that I have to rave, and hang on.”

He said he looks forward to bringing it back to a place so close to home.

“It’s nice,” Gales said. “The connection with the fans, and the venue and the owner and everything was really nice. We were treated really well. It was awesome. We look forward to it, man.