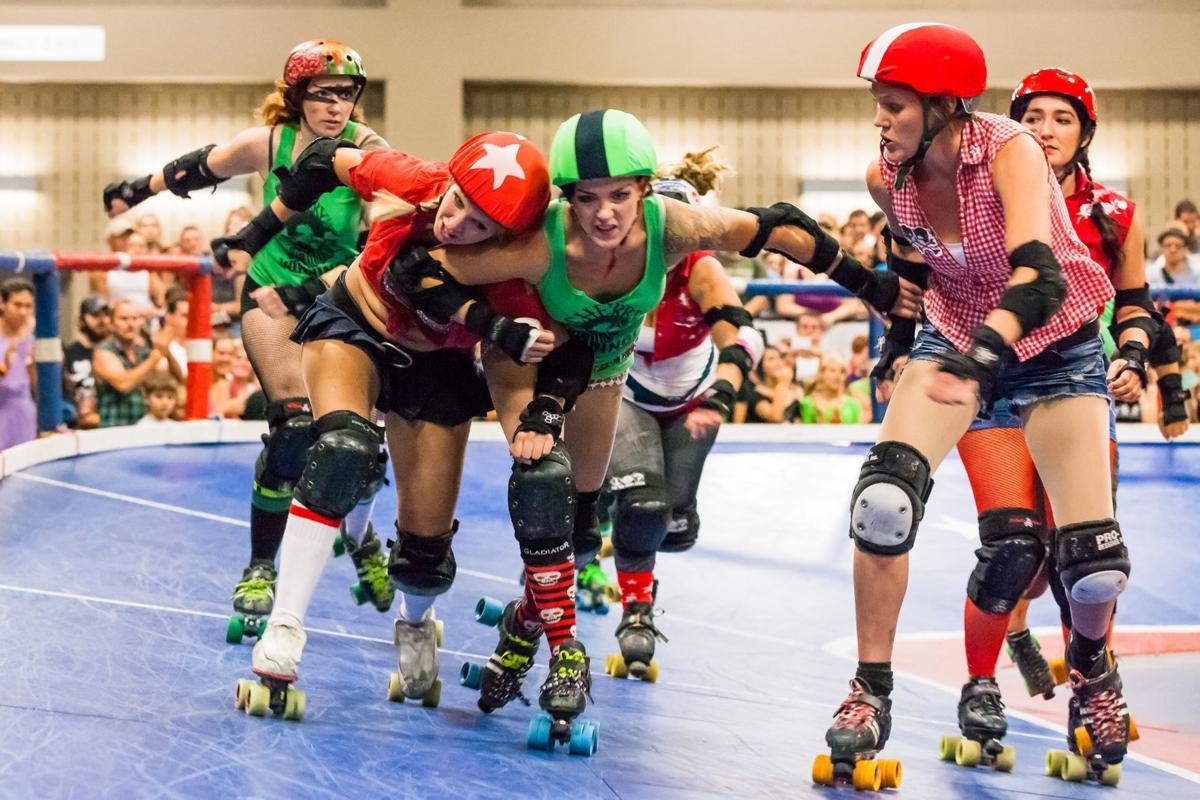 The Cherry Bombs battle the Rhinestone Cowgirls in an Austin, Texas, roller derby game, one of the many sporting images in the Smithsonian Institute’s “Hometown Sports” traveling exhibition. 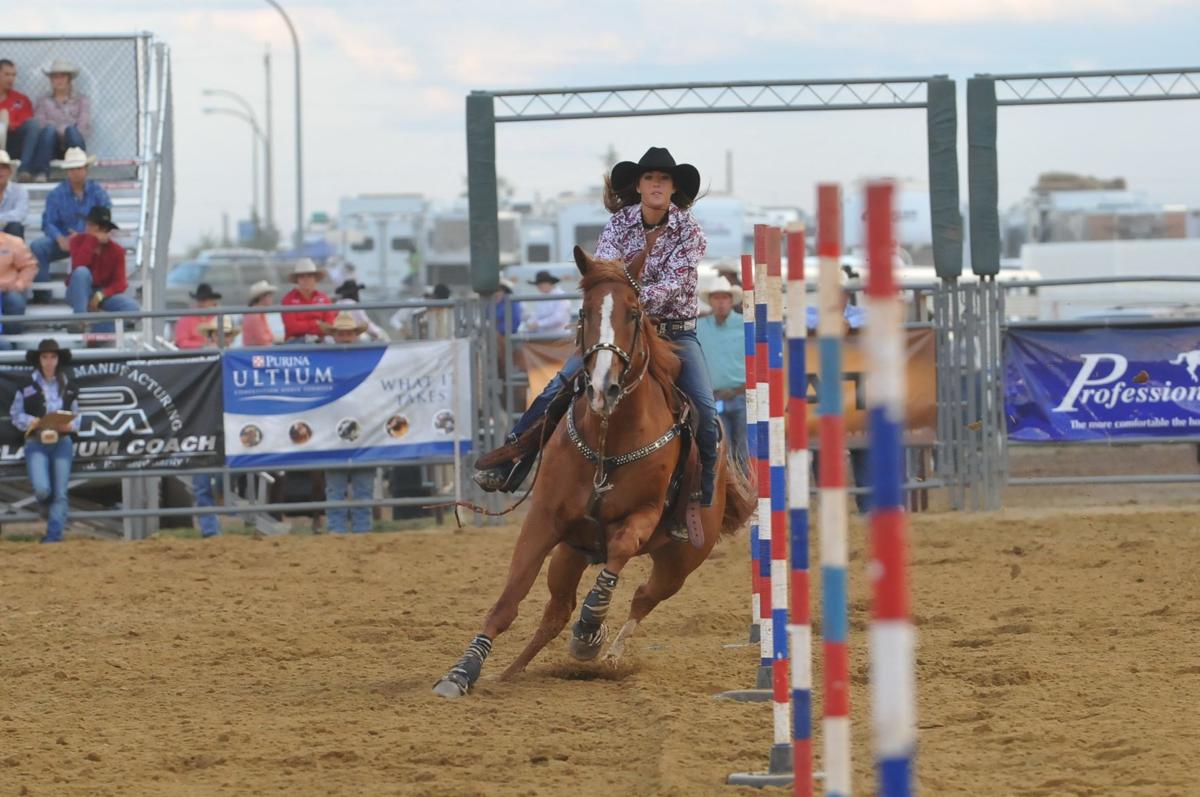 In this image from the Smithsonian’s “Hometown Sports” traveling exhibition, a girl competes in a high school rodeo. 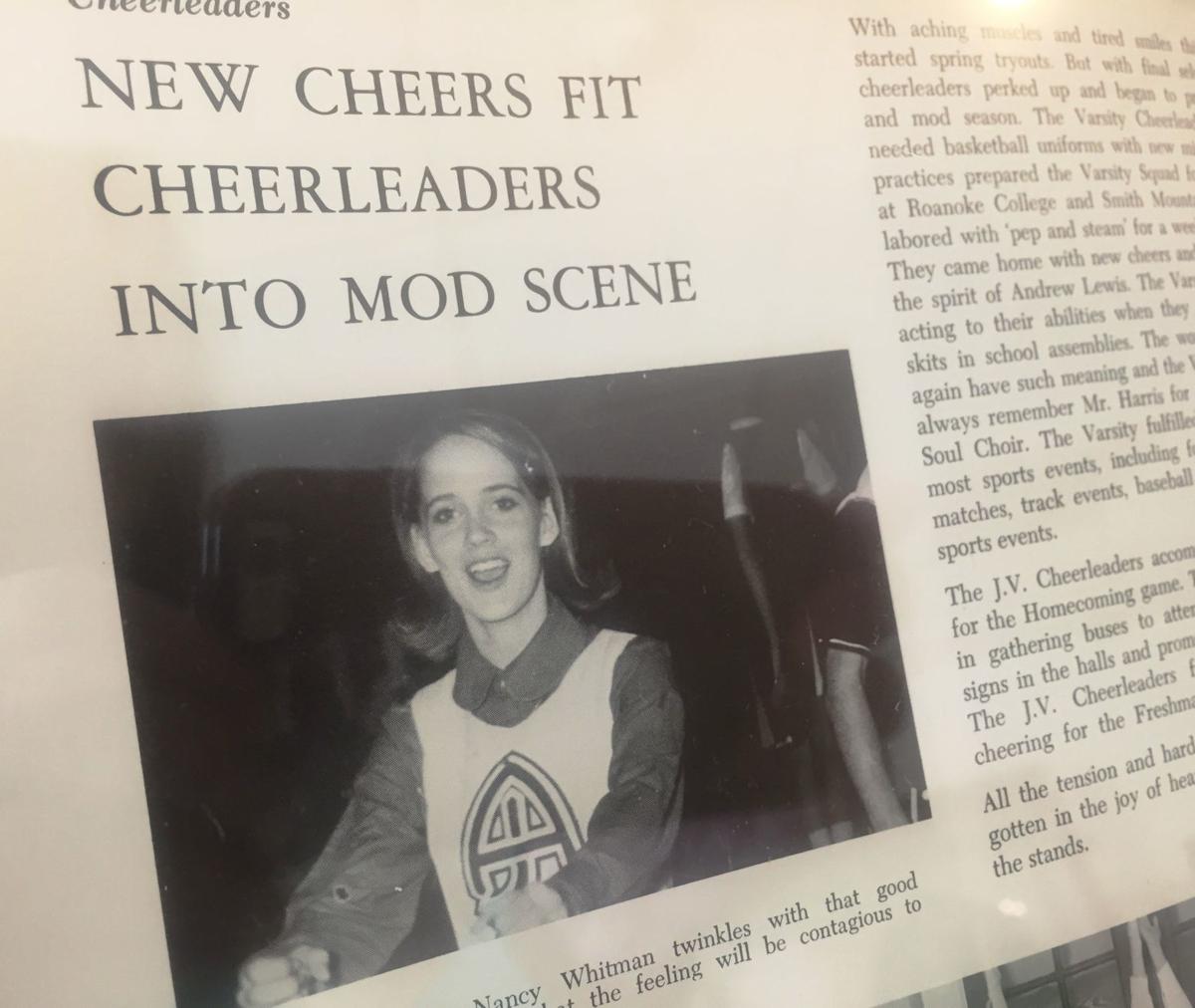 A page from an Andrew Lewis High School yearbook that the Salem Museum is showcasing to go with a “Hometown Sports” exhibit about cheerleaders.

The Cherry Bombs battle the Rhinestone Cowgirls in an Austin, Texas, roller derby game, one of the many sporting images in the Smithsonian Institute’s “Hometown Sports” traveling exhibition.

In this image from the Smithsonian’s “Hometown Sports” traveling exhibition, a girl competes in a high school rodeo.

A page from an Andrew Lewis High School yearbook that the Salem Museum is showcasing to go with a “Hometown Sports” exhibit about cheerleaders.

SALEM — The Salem Museum and Historical Society has two new exhibitions reflecting how much that city loves sports.

One, a traveling exhibition from the Smithsonian Institute, fills the gallery on the main floor with interactive displays that illustrate the many ways sports have influenced popular culture.

The other, on the museum’s third floor, is a permanent exhibition devoted to Salem’s sports history and the many state championship teams produced by its high schools.

The show from the Smithsonian, “Hometown Teams: How Sports Shape America,” will stay on display in the museum’s Main History Gallery through Feb. 1.

“To me it’s all things sports from all kinds of lenses,” said Salem Museum director Fran Ferguson. “There’s something in here that’s going to appeal to everybody.”

The traveling exhibition was assembled by Museums on Main Street, a program meant to make the Smithsonian accessible to rural towns across the country.

“To be able to bring something like this into the community is really important,” Ferguson said.

The exhibits in “Hometown Teams” combine photographs covering the entire range of sports — from surfing to lacrosse, cheerleading to merchandise, extreme sports to e-sports — with activities that involve audio, video and even a station where you can squeeze a “mustard bottle” and guess the smell it produces. (Hint: It’s a common snack at baseball games.) There are stereoscopes that let you see pictures in 3D and a panel showing how phrases like “step up to the plate,” “roll with the punches” and “throw in the towel” have become part of everyday language.

Fortuitously, two of the objects in the exhibition have direct ties to Salem. There’s a Billy Sample baseball card — Sample, a 1973 Andrew Lewis High School graduate, went on to play as an outfielder for the Texas Rangers, New York Yankees and Atlanta Braves, and then had a second career as a sports broadcaster that included stints for ESPN and ABC.

Also, an exhibit on sports movies includes “Remember the Titans,” the 2000 Disney blockbuster film inspired by the 1971 state football championship between the T.C. Williams Titans from Alexandria and the Andrew Lewis Wolverines. The movie, which dramatizes (and takes liberties with) the story of the Titans’ undefeated season, sets the championship game in “Roanoke Stadium,” though in fact it was played in Victory Stadium, and portrays the contest as a nail-biter, when in fact the Titans, who had twice as many players, crushed Andrew Lewis.

Salem has many state championship stories that do end happily, however, and there’s an interactive kiosk full of them in “A Winning Tradition: Salem’s Champions’ Gallery,” a permanent exhibition that debuted in September. Navigated by touch screen, the kiosk’s data can be searched by year and by sport.

“We’ve got about 90 stories in here,” Ferguson said, and the museum will continue to add more. “There’s a lot of champions from Salem.”

It’s not uncommon for visitors with Salem ties to find pictures of themselves, their friends or their children as they search through the contents of the Champions’ Kiosk, Ferguson said.

Other displays in “A Winning Tradition” include the real story behind the Andrew Lewis High School football team that went to the state championships in 1971, and items related to Glenvar High School, Roanoke College, Salem High School and the professional baseball teams based in Salem.

A display about Carver School, the pre-desegregation African American school that operated in Salem from 1940 to 1966, includes the distressing detail that after the school closed, someone not associated with Carver took the school’s trophies, yearbooks, records and memorabilia out of storage and set them along the curb as trash, making artifacts related to the school hard to find. The display does feature a letter jacket that belonged to former Roanoke City Schools Superintendent Wayne Harris.

There’s another moving exhibit devoted to Adam Ward, a WDBJ (Channel 7) videographer killed in a 2015 shooting at Smith Mountain Lake. Ward was a member of Salem High School’s state championship football teams in 2004 and 2005. In his memory, the 2015 Salem High Spartans wore stickers with his name on the backs of their helmets, and went on to win another state championship, the team’s first since Ward’s team in 2005.

On display through Feb. 1