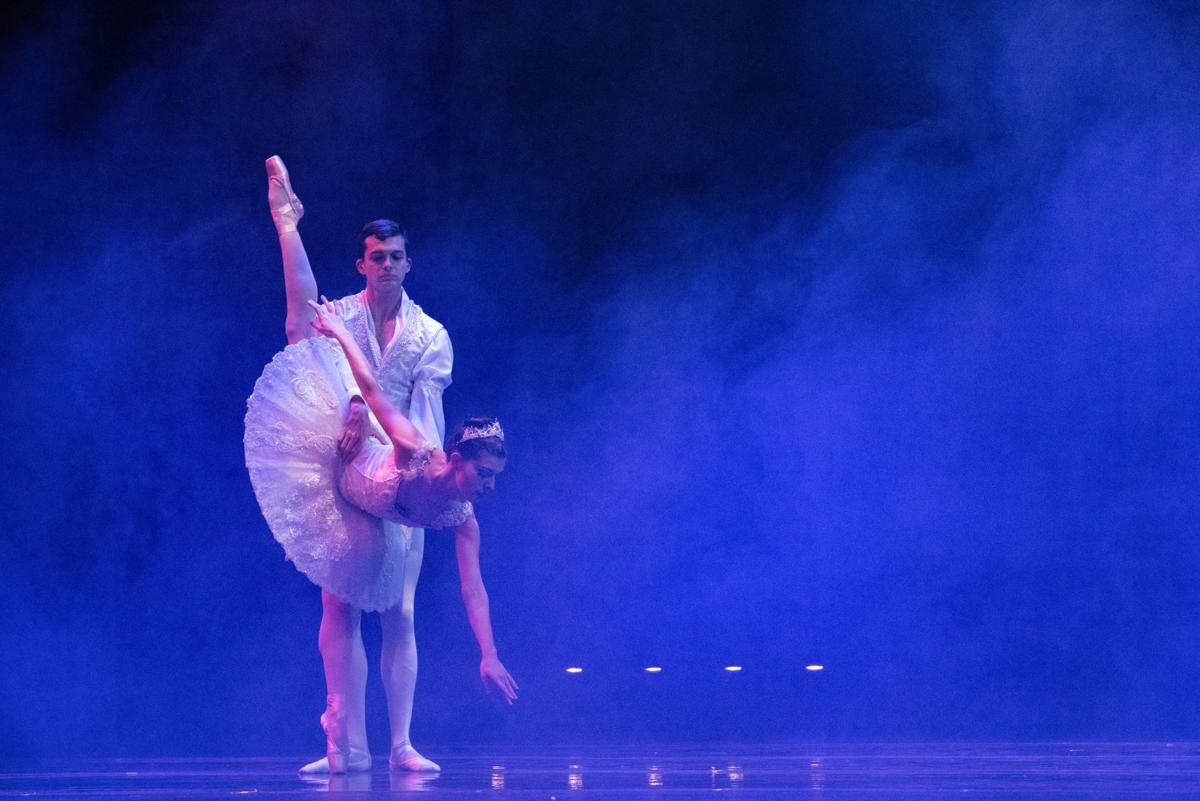 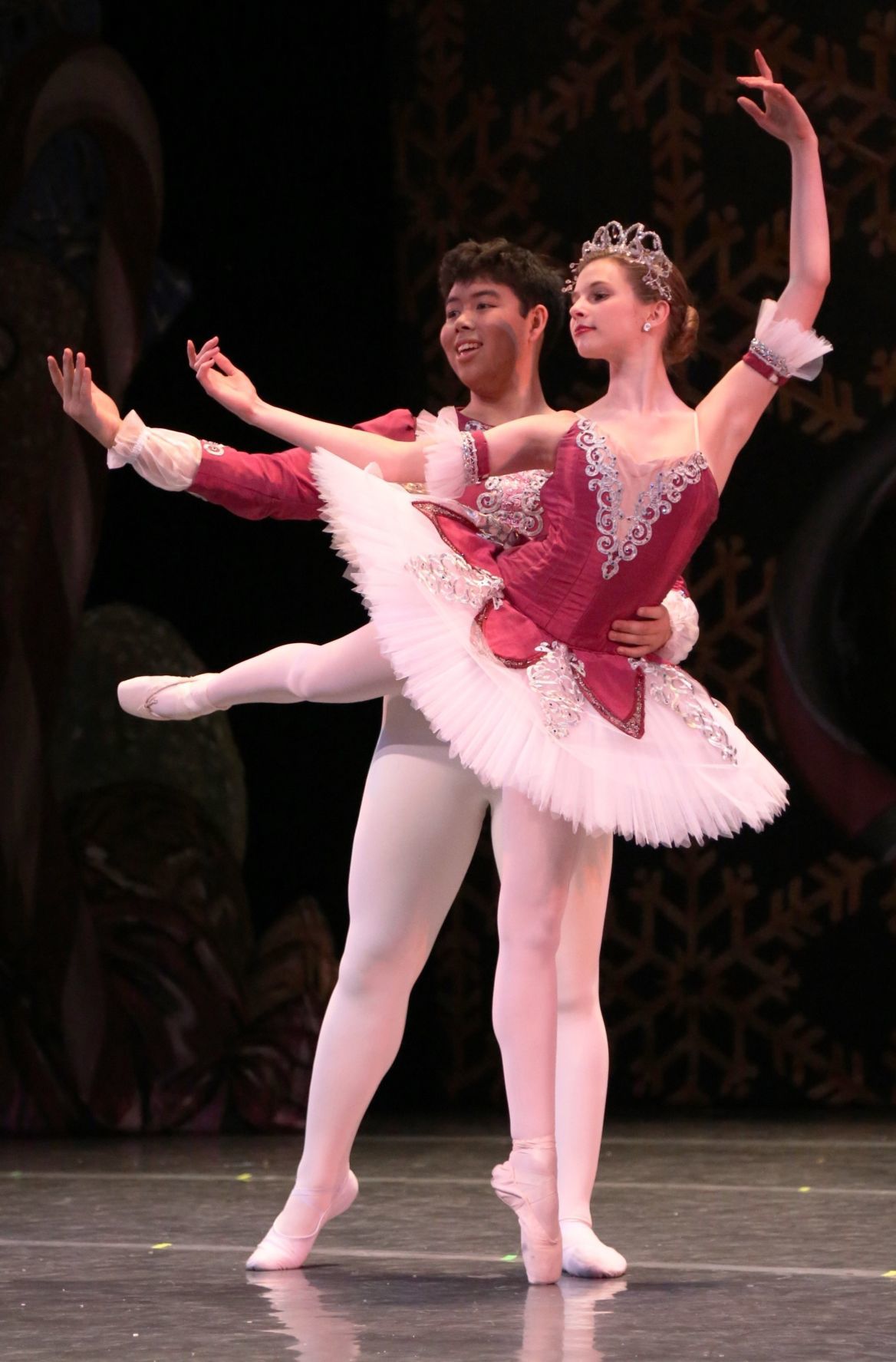 The Cavalier and the Sugar Plum Fairy dance in a past production of Southwest Virginia Ballet’s “Nutcracker.” 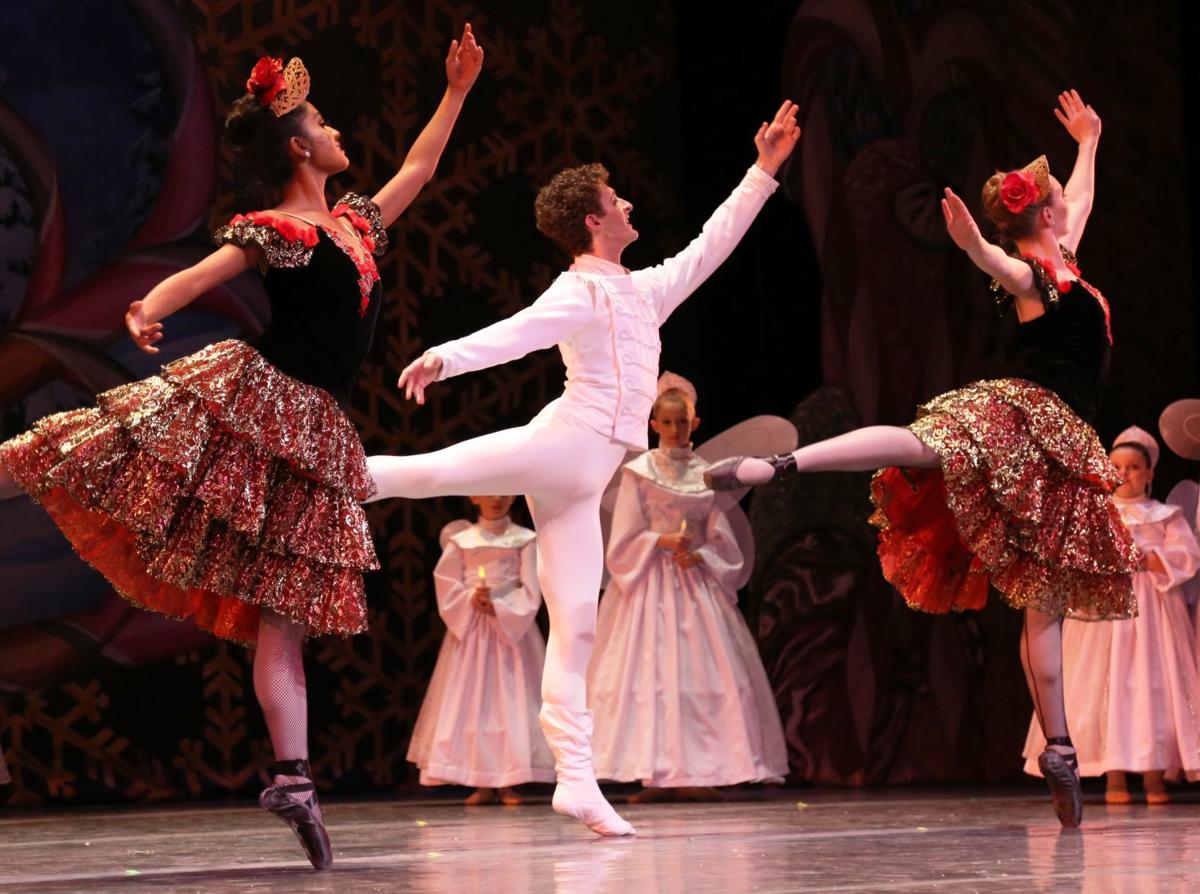 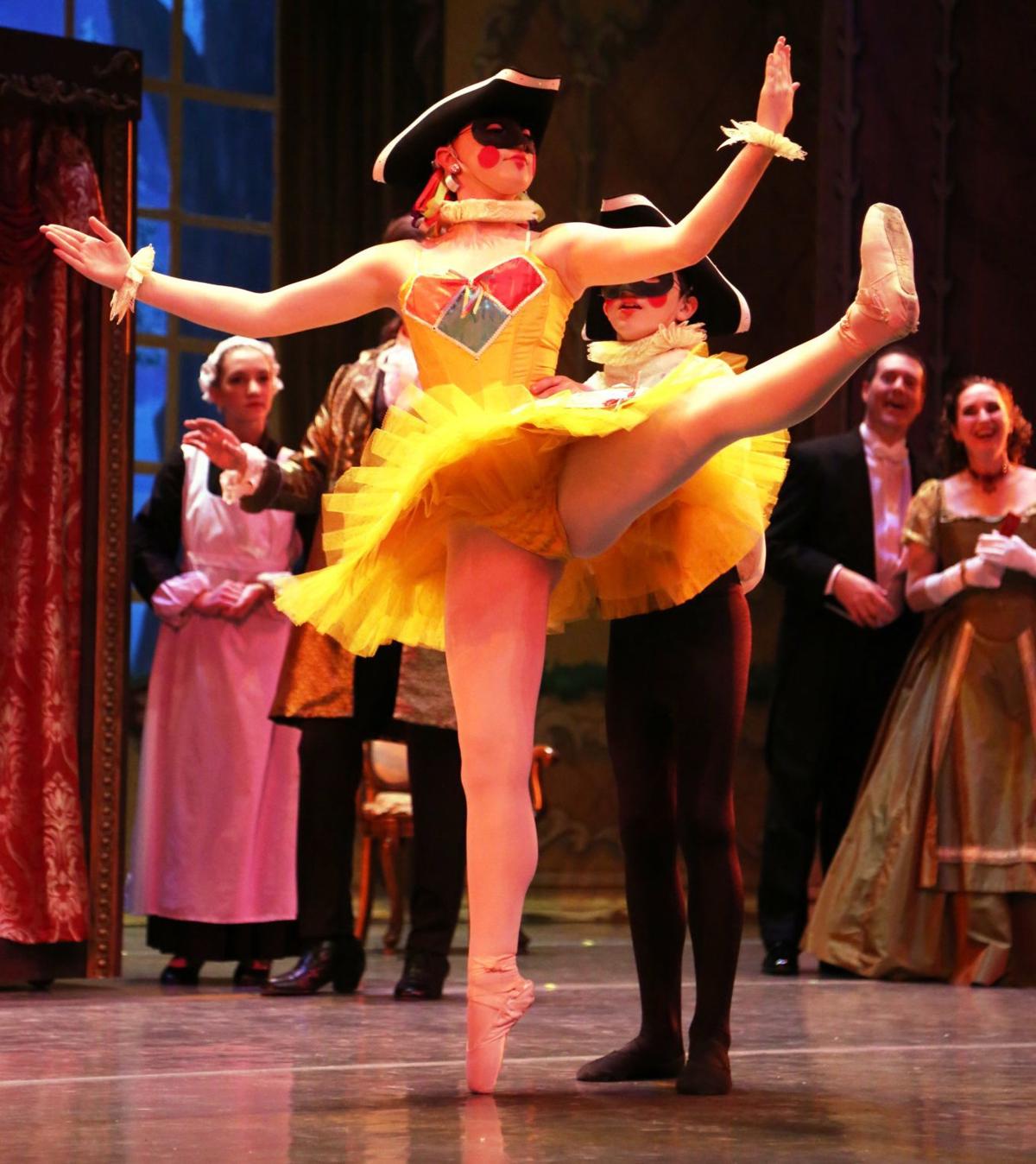 Harlequin and Columbine in a previous Southwest Virginia Ballet performance 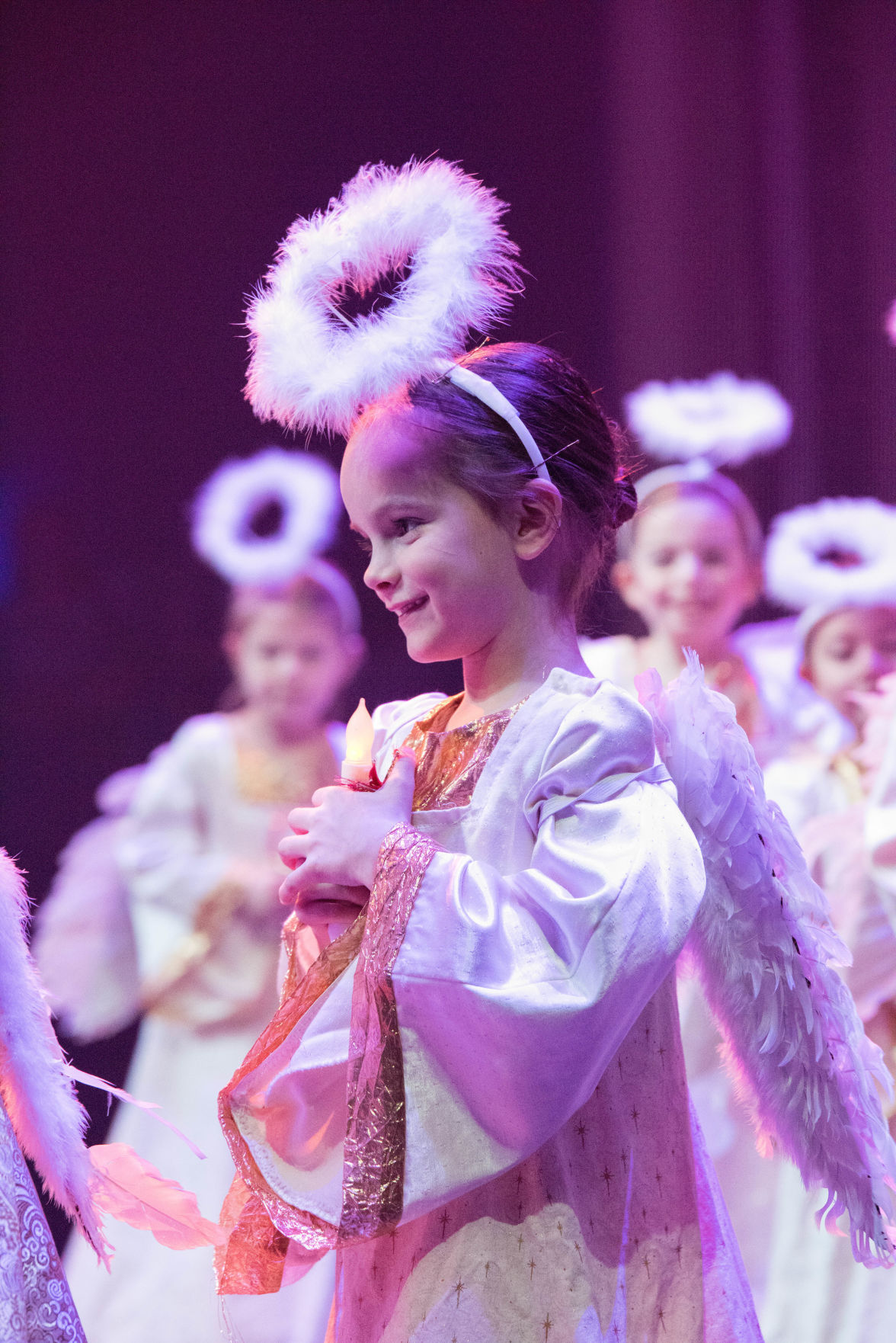 About 85 children will participate in Roanoke Ballet Theatre’s “Nutcracker.”

The Cavalier and the Sugar Plum Fairy dance in a past production of Southwest Virginia Ballet’s “Nutcracker.”

Harlequin and Columbine in a previous Southwest Virginia Ballet performance

About 85 children will participate in Roanoke Ballet Theatre’s “Nutcracker.”

Both of Roanoke’s nonprofit ballet theaters will go head to head in December with rival productions of the holiday classic “The Nutcracker” taking place on the same weekend. Luckily, the multiple performances mean that determined fans of royal celebrations in the Land of Sweets can catch both versions.

RBT began performing “The Nutcracker” in 2015 after more than 10 years without. “It has been a huge success! Sold out performances each year,” wrote RBT spokeswoman Kristin Dunker.

“I choreograph ‘Nutcracker’ every year to show something different so that the audience can experience the magic of the holiday tradition in a new and unexpected way,” said RBT executive and artistic director Sandra Meythaler said. This year new additions include a battle scene and a new Land of Sweets backdrop.

“The Nutcracker” is an important teaching tool for Roanoke Ballet Theatre. “We provide the opportunity to our students and within our trainee program to perform with the professional company to give them hope to continue to do what they love most — dancing,” Meythaler said.

Southwest Virginia Ballet’s performance of “The Nutcracker” in the Berglund Performing Arts Theatre will be its first since the company moved from its longtime Salem home to the Star City School of Ballet studio at the Roanoke Industrial Center.

“This is our 27th ‘Nutcracker’ here in the Roanoke Valley,” said SVB artistic director Pedro Szalay said. The company itself is 29 years old. Community involvement has been a key part of the nonprofit’s legacy. “The first ‘Nutcracker’ was in 1991 at Olin Hall. It’s amazing, the transition of the company from the past to now.”

The featured guest performer, dancing the role of the Cavalier, will be Phillip Skaggs, who performed for 16 years with the Richmond Ballet, and before then with the Hartford Ballet in Connecticut.

Usually, SVB divides all those dancers and extras into two casts, with major roles like Clara and the Sugar Plum Fairy performed by two different dancers at different shows. Because SVB’s cup runneth over with talented young dancers, “I have three Claras,” Szalay said.

One Clara will perform in the show for grade-school students and in one of the public performances, with a differing Clara in each of the other two public shows.

“I’m very honored to have that, because the education the dancers receive, they’re very grounded and very technical and capable to do it. I’m trying to give everybody a chance to shine.”

In addition to the Berglund Center performances, SVB dances will make an appearance during the Dec. 6 Dickens of a Christmas event in downtown Roanoke, and again Dec. 7 during the Child Health Investment Partnership CHIPof the Roanoke Valley’s Breakfast with Santa held at Hotel Roanoke. Tickets to the Santa breakfasts at 8:30 a.m. and 11:30 a.m. are $45; $25 for children; $25and free for toddlers. For more information, visit chiprv.org.

Mill Mountain Theatre in Roanoke has been awarded a staffing development matching grant from the Greensboro, North Carolina-based Southeastern Theatre Conference, which will be used to fund a tour manager and technician position that will help MMT produce its upcoming eight-week summer children’s musical tour.

Also, the professional theater company is looking for plays written by children. MMT is seeking 10- to 15-minute scripts for “Write Stuff!” The contest is open to all middle and high school age students. The deadline is Dec. 31. Winning plays will be performed Feb. 22, 2020. For more information, visit http://millmountain.org/production/write-stuff-2020.

“The Nutcracker”: Where to visit the Land of Sweets