Readouts provide scientific data on the various space missions and give would-be astronauts instructions on how to plot courses. 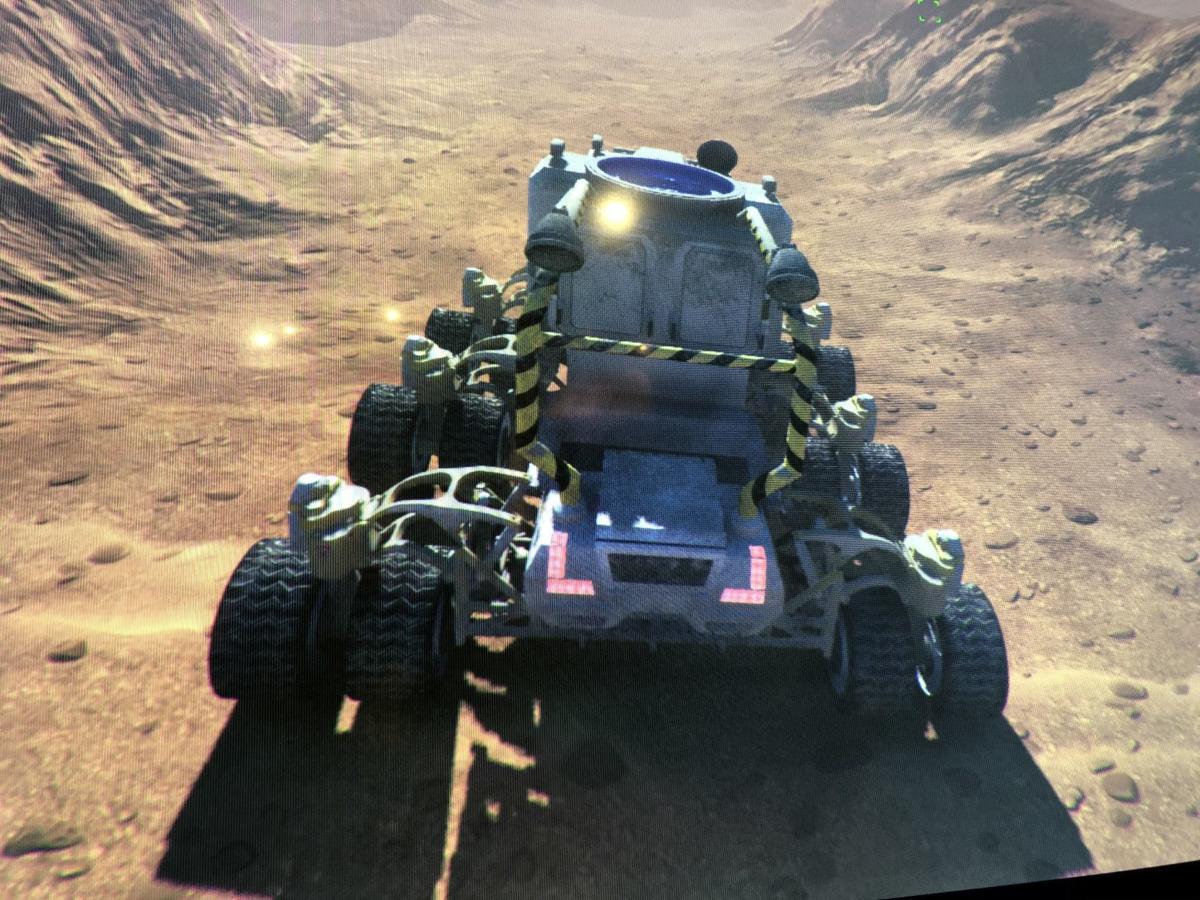 Steering a Mars rover so that it follows a straight path through a narrow canyon turns out to be harder than it looks. 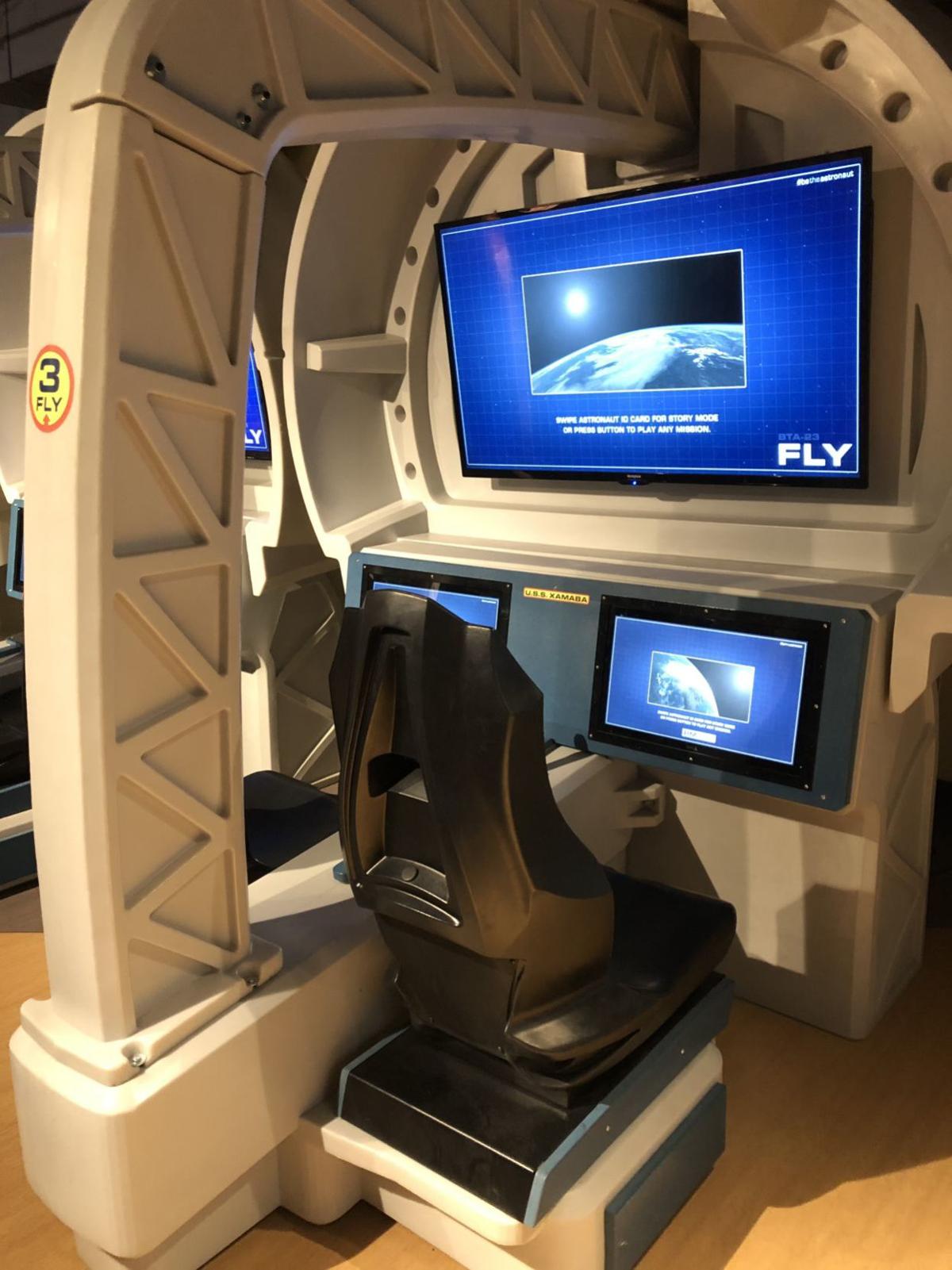 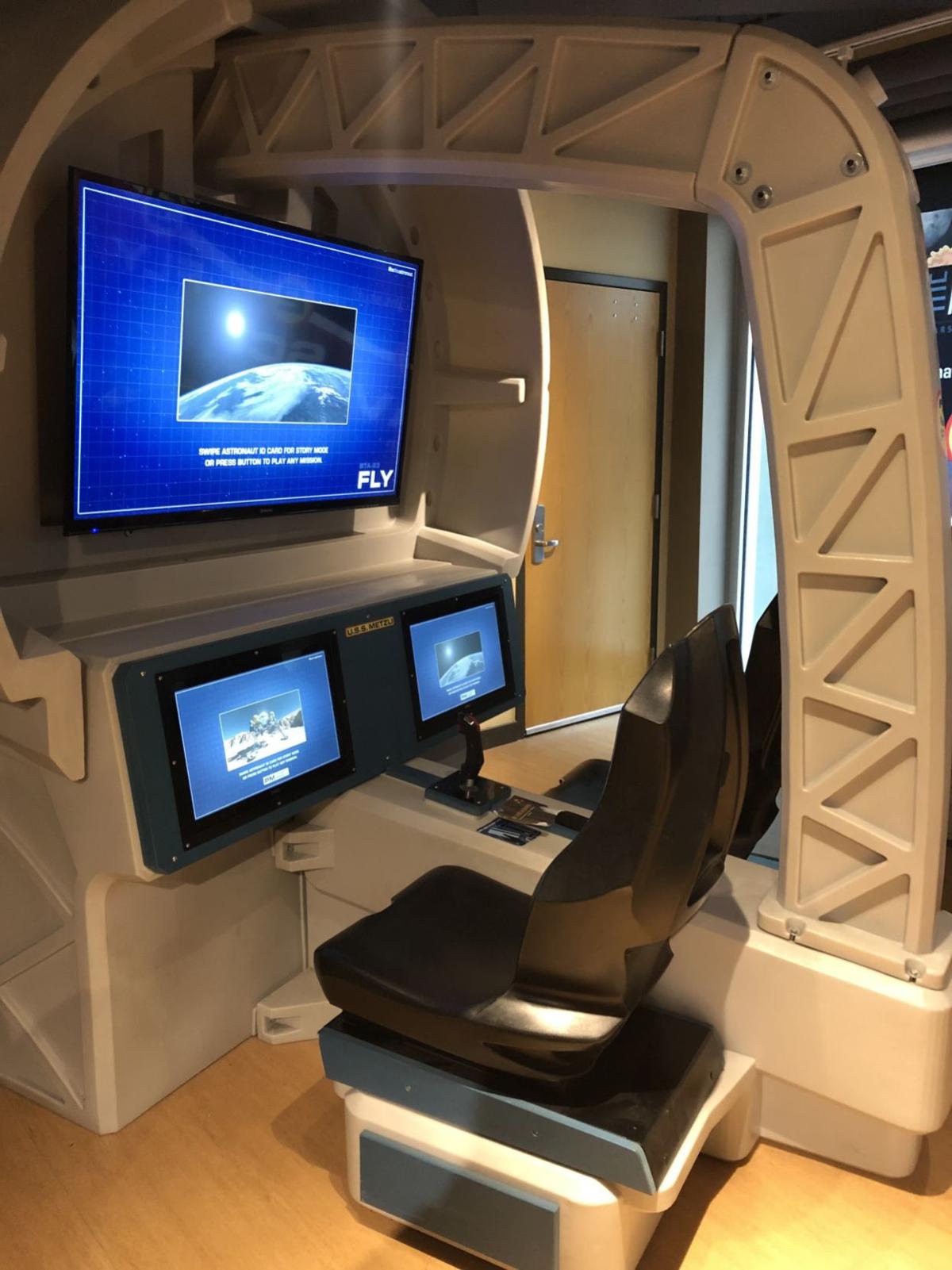 Readouts provide scientific data on the various space missions and give would-be astronauts instructions on how to plot courses.

Steering a Mars rover so that it follows a straight path through a narrow canyon turns out to be harder than it looks.

Much as I enjoy science fiction, I’ve been convinced I should never be the pilot of a spaceship.

I did manage, in a simulation, to successfully guide a ship from the asteroid Ceres into the orbit of Jupiter, but that required frequent intervention by an autopilot program that would first alert me that I was off course. My efforts to guide a Mars rover through a narrow, rocky canyon did not go nearly as smooth.

I tried my hand at these tasks during a visit to “Be the Astronaut,” a traveling exhibition that landed at the Science Museum of Western Virginia earlier this year and won’t take off for another destination until February 2020. Created by Eureka Exhibits, the show offers interactive graphics and games meant to demonstrate how space exploration really works. Here, there’s no warp speed or hyperspace jump that lets you bypass the laws of physics.

There’s plenty of action, though, and serious-looking astronauts, male and female, who appear on the readouts to give instructions for steering these contraptions and also helpfully offer facts about the various planets, moons and asteroids in your path.

Found on the museum’s first floor — which is the fourth floor of Center in the Square in downtown Roanoke — the “Be the Astronaut” exhibition resembles a video arcade, with large machines where two players can sit side by side and control their spacefaring craft.

In fact, in what’s no doubt a nod to real space flight, having two players is ideal, as managing one’s flight sometimes requires using a touch screen and a joystick simultaneously, a complicated balancing act, especially when one is 50 years old and not particularly adept at computer games.

I have no doubt, though, the youngsters for whom the show is aimed can navigate this kind of multitasking just fine. Museum executive director Rachel Hopkins said in a statement that the show uses the popular computer game format to teach physics and engineering.

Not all the games require tricky steering. One game I played asked you to match images of Jupiter’s moons, rings and famous giant red storm to where they should be on the planet’s surface, or within its orbit. Success unlocked a voice sharing scientific facts about each celestial object.

It’s worth noting that, although the machines all appear to require you to swipe key cards to activate, they in fact activate with a touch. The only fee you need to pay to play is admission to the science museum.

Roanoke Symphony Orchestra maestro David Stewart Wiley will play piano in a free “Home for the Holidays” concert 2:30 p.m. Saturday at South Roanoke United Methodist Church at 2330 S. Jefferson St. in Roanoke. In a program that features Handel, Brahms, Appalachian carols and a Hebrew song of peace, he will be accompanied by his wife, soprano Leah Wiley, and son, cellist Misha Wiley. They will be joined by vocalists Philip and Tara Bouknight. Philip Bouknight is pastor of Trinity Ecumenical Parish in Moneta, and his wife is an adjunct professor at Randolph College. For more information, call 344-4437 or visit srumc.com.

If you live in Floyd, and if Roanoke feels a bit far to drive over the holiday weekend, you’re in luck, as the Wileys and Bouknights will also perform a “Home for the Holidays” concert 3 p.m. Sunday in Celebration Hall at the Floyd EcoVillage. Admission is $25, students $5. For more information, call 745-2784 or visit floydartcenter.org.

On display through February 2020