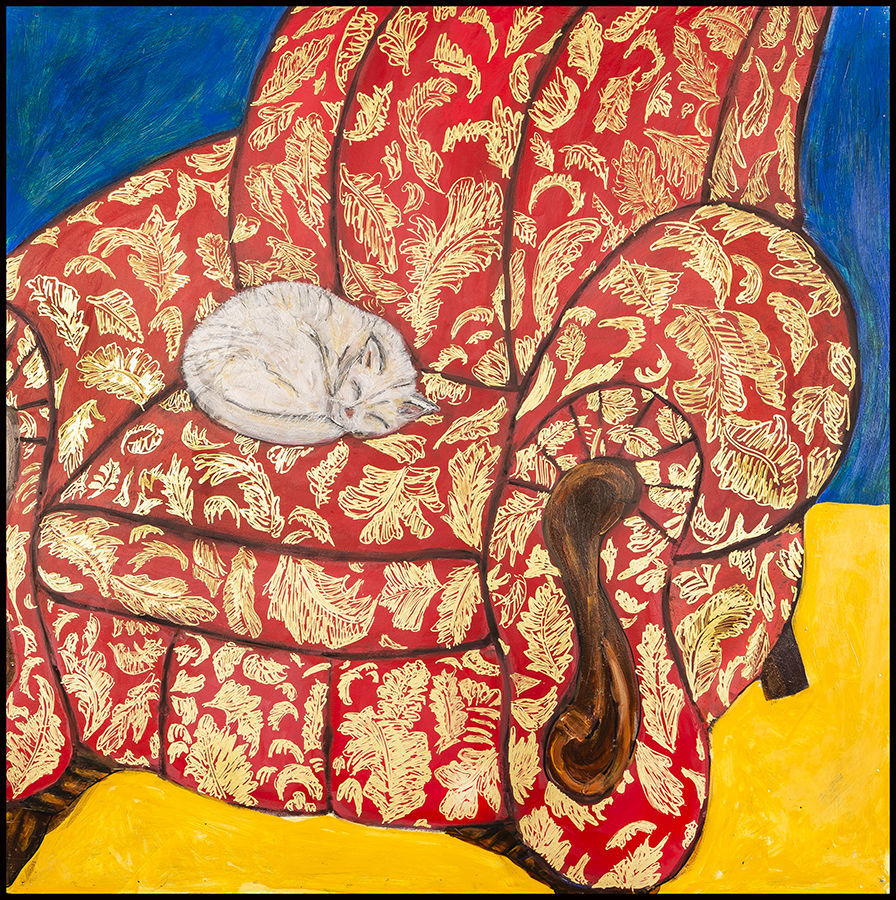 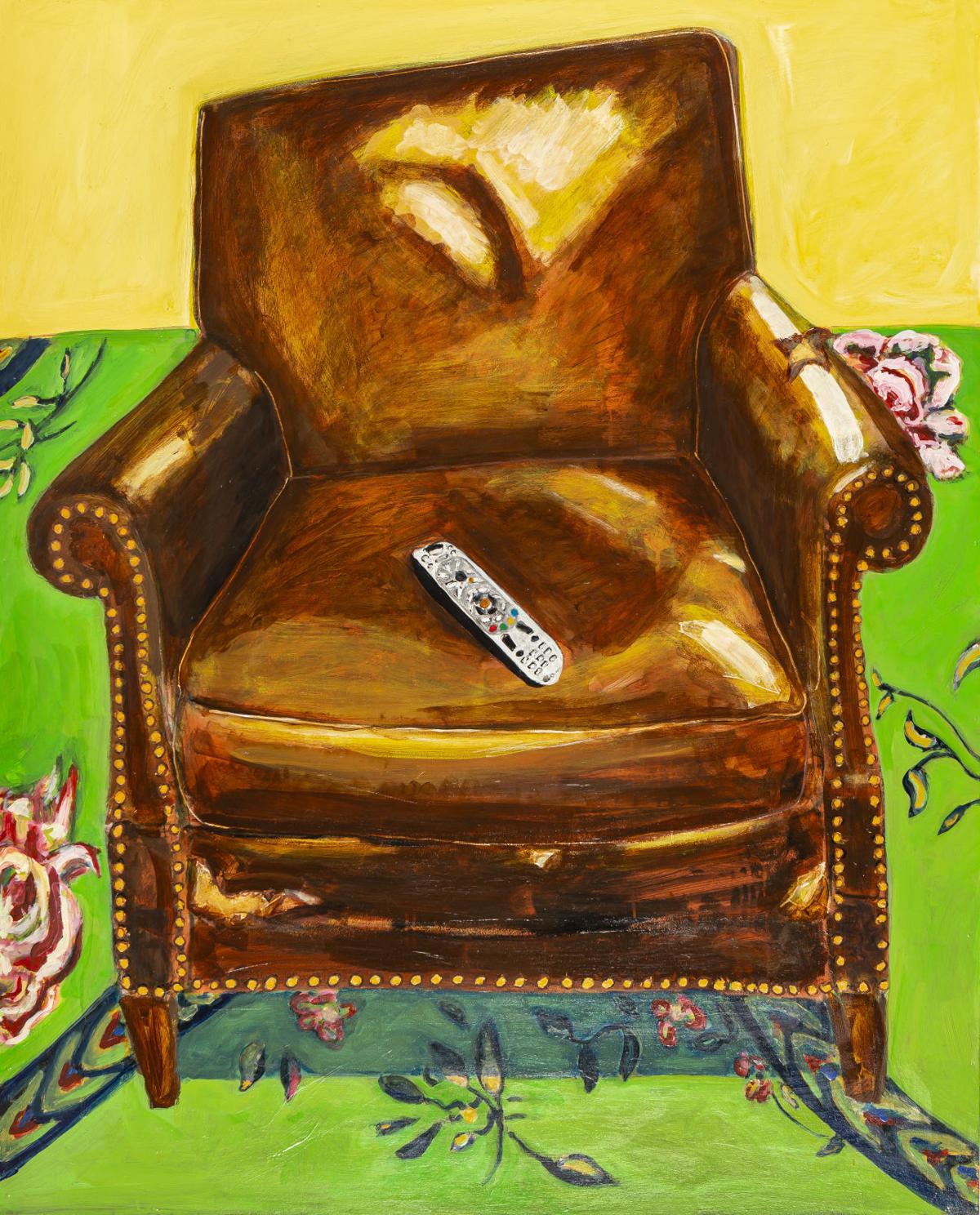 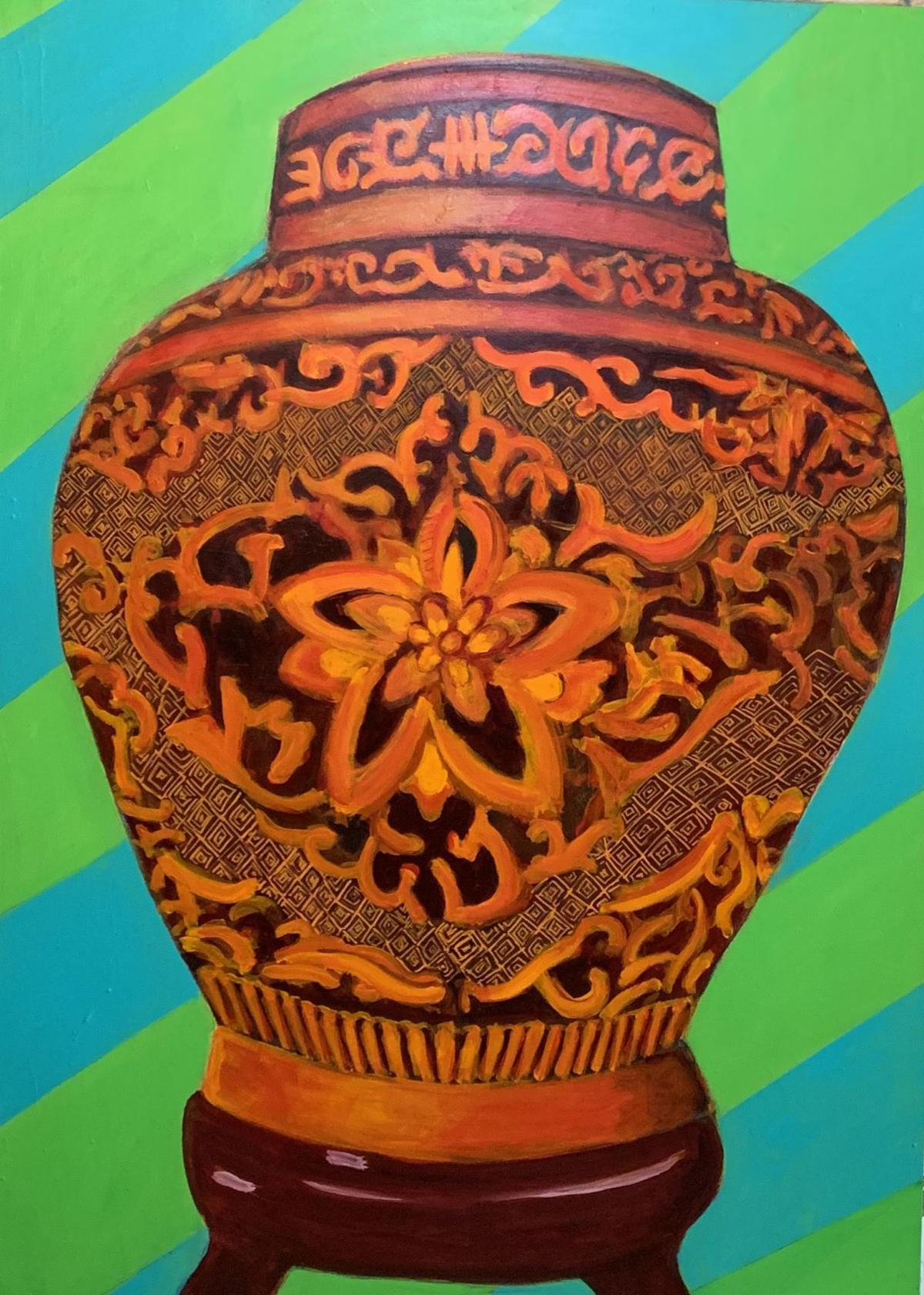 Yet that’s not Dillon’s aim. “These things are not pop art to me,” he said. They’re things that have special meaning for him because of his family history and life experiences. “The organizing principle has to do with how memories stick to us. You can’t get rid of them, and you’re reminded by these objects per se of a different place and time, and it brings back those feelings.”

A solo show of his paintings opened this month in the Alexander/Heath Contemporary gallery in downtown Roanoke and will stay on display through Jan. 31.

“Reed was referred to me by Kim Weinschreider, who is the wife of one of the gallery’s partners, Gregg Weinschreider,” wrote gallery co-founder and curator Ed Hettig. Dillon’s quirky creations mesh well with the gallery’s goals “to showcase regional artists with a large body of work,” Hettig wrote.

Rendering these seemingly ordinary objects in such large and eye-grabbing fashion functions as a literal representation of the significance that items associated with memories can have.

For example, one painting depicts a Schwinn Sting-Ray bicycle. “That was my bike when I was like 10 years old. That bike represented freedom, getting away from the house. I would go everywhere on that bike, 10, 15, 20 miles away.” But it also summons a darker association. Living across from a garbage dump in Ohio, “my friend and I would go and get burlap sacks and stick pop bottles in them, and go to the convenience store and cash them in. On the way back, I got hit by a car on that bike. The bike was in two.”

Another painting, called “Playroom,” depicts a rounded plastic chair Dillon found at a yard sale that was the exact same kind of chair his family put in his game room when he was a boy in the 1960s. Another painting depicting broken eyeglasses expresses “ongoing frustrations about things you cannot fix that happen over and over and over again,” Dillon said.

He pointed out a painting of an antique chair with a TV remote control on the seat. “It’s an old dilapidated chair that I got from my parents, but this is actually the wedding present from my mom to my dad. It’s down in my studio right now.”

Dillon, who lives on the Franklin County side of Smith Mountain Lake, has had a long career working as art director and marketing director for companies across the United States. “About a year and a half ago I started doing my artwork again,” he said. “This is so not like I’ve ever painted before in my life. I used to be way more abstract than this.”

He has deep Franklin County roots. He’s descended from Jesse Dillon, an Irish immigrant who settled in the county in 1786. He is married to Karen Dillon, who edits Laker Weekly for The Roanoke Times.

In an age where kitty cats dominate pop culture via internet memes, it’s no surprise that one of Dillon’s most popular paintings in this series depicts a domestic feline on a comfortable chair. “It’s called ‘21 Year Old Cat’ but that’s actually now our 22-year-old cat,” named Cletus. “This was kind of a happy accident.” Dillon wanted to paint the chair because of its pattern, and Cletus is always curled up in it, so he “deserved some homage.”

Veterans prove mettle in the arts

U.S. Navy veterans John Holm, 72, and Peter Holm, 46, both of Roanoke, and Salem writer John Koelsch, a 72-year-old U.S. Army veteran, all won gold medals for their performance of the short play “Wounds They Carried Home.” Martinsville U.S. Army veteran Maxine Meyer, 62, won a gold medal for patriotic poetry and a bronze medal for inspirational prose. All four performed in a stage revue at the national festival.

Nina Pervel, a 49-year-old U.S. Army veteran from Staunton, won a gold medal for humorous poetry, and participated in creative writing activities at the festival. Ellen Yown, a 53-year-old Navy veteran from Salem, won a bronze medal for her monologue “The Mask.”

The competition helps veterans with their recovery and coping by involving them in the arts.

On display through Jan. 31