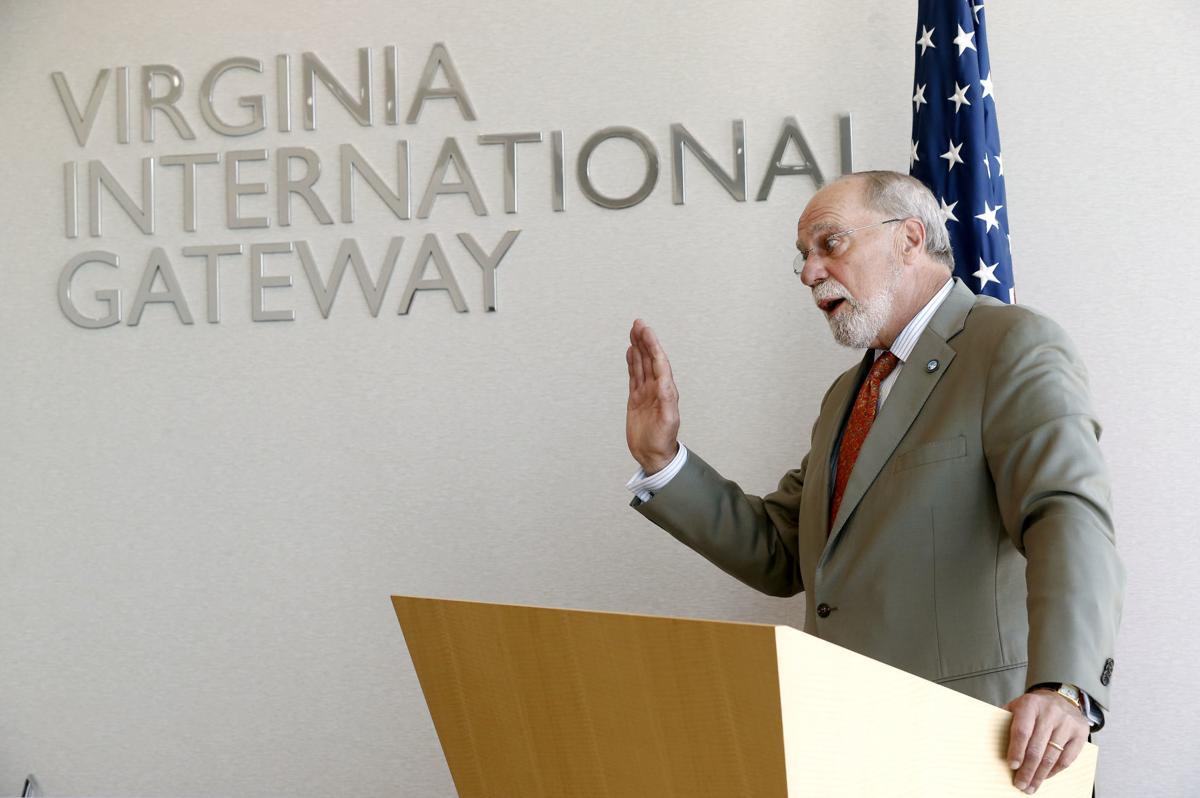 John F. Reinhart, CEO and executive director for The Port of Virginia, speaks during a press conference celebrating the arrival of the COSCO Development, the biggest container vessel to arrive at Virginia International Gateway. 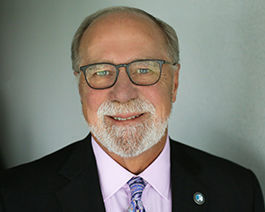 The head of the Port of Virginia, who oversaw the resurgence of its operations in Hampton Roads and Richmond during his six-year tenure, is retiring next year.

John F. Reinhart will step down as the chief executive officer and executive director of the Virginia Port Authority, effective March 2021. Reinhart made the announcement Tuesday at the authority’s commissioners meeting.

“I am very confident in the long-term future of The Port of Virginia,” Reinhart said in a statement. “This port has made tremendous progress during the past six years and we should be proud of what we have accomplished. This port is going to be an economic force in Virginia for decades to come.”

Reinhart began working at the port in February 2014, joining after the port had lost $120 million in the five years before he started. There was talk in the two years before he arrived to lease the port’s operating rights to a private entity, but ultimately Virginia decided that its port operation and management would remain in state hands.

“John Reinhart was the right man at the right time. His strength of character, combined with his clear vision and leadership skills, lifted The Port of Virginia from a very low point in early 2014 to its proper role as one of the nation’s pre-eminent commercial gateways,” John G. Milliken, chairman of the port’s board, said in a statement.

“Upon arrival, he focused first on stemming the port’s financial losses and on restoring its credibility in the marketplace,” Milliken said. “He then reinvented the port from the bottom up and rebuilt its terminals into modern, semiautomated facilities able to handle the largest vessels calling on the East Coast.”

“We were operating at a disadvantage and had to regain our competitiveness,” Reinhart said when he first started working at the port. “The only way to do it was to develop an investment plan and get to work on building a 21st century port.”

Under his leadership, the port returned to profitability and record-setting cargo volume for six consecutive years.

The port also has embarked on a dredging project that will create deepest commercial harbor and shipping channels on the U.S. East Coast by 2024, which is expected to provide a surge in traffic from more super-sized freighters traversing the wider Panama Canal.

Before joining the port, Reinhart served as president of Maersk Line Limited and served as the company’s CEO from 2000 to 2004.