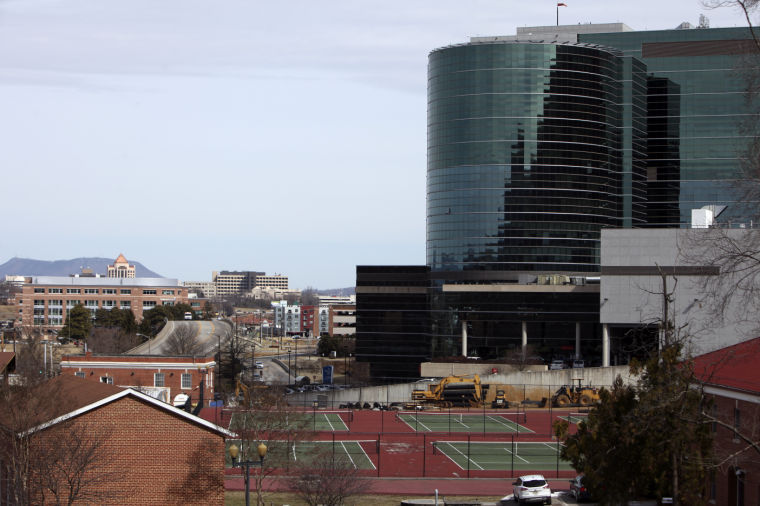 The land deal with Carilion includes the tennis courts on city property in the Crystal Spring neighborhood. Carilion wants that tract to expand Carilion Roanoke Memorial Hospital with a 15-story building. 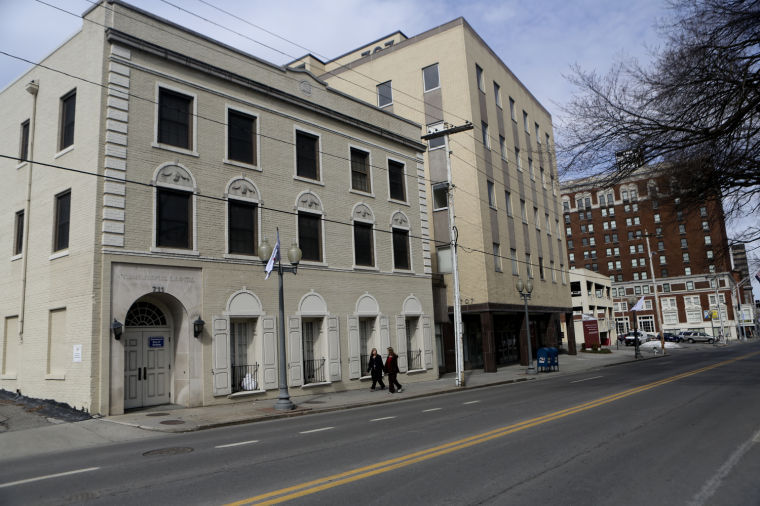 The old Gill Memorial Building at 709 S. Jefferson St. is being converted for use by the new Regional Acceleration and Mentoring Program (RAMP), a business accelerator for startup companies ready to expand. 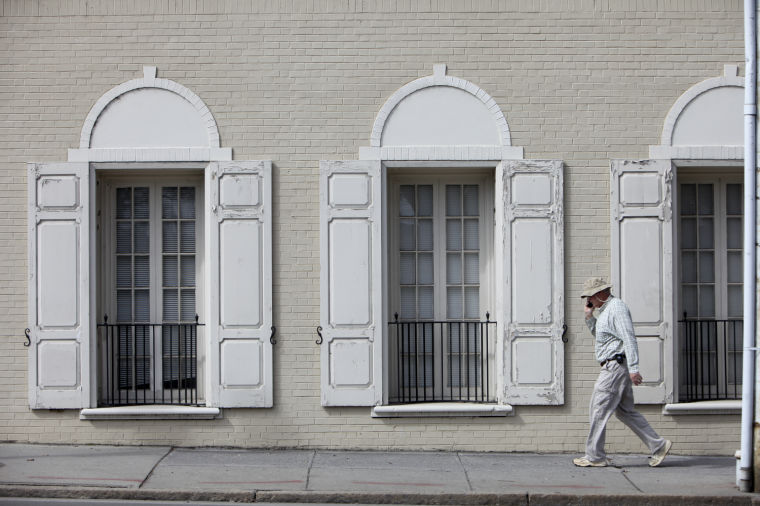 The Roanoke-Blacksburg Innovation Network said it still needs to flesh out exactly what services it will offer at the Jefferson Street site. 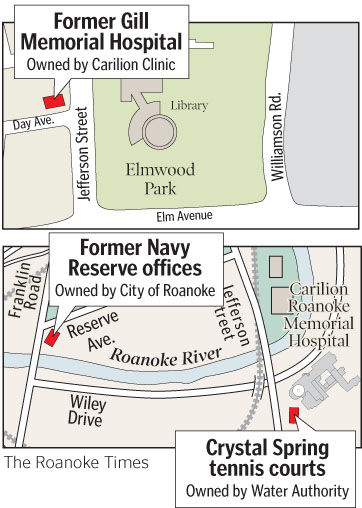 The land deal with Carilion includes the tennis courts on city property in the Crystal Spring neighborhood. Carilion wants that tract to expand Carilion Roanoke Memorial Hospital with a 15-story building.

The old Gill Memorial Building at 709 S. Jefferson St. is being converted for use by the new Regional Acceleration and Mentoring Program (RAMP), a business accelerator for startup companies ready to expand.

The Roanoke-Blacksburg Innovation Network said it still needs to flesh out exactly what services it will offer at the Jefferson Street site.

Roanoke has received a $600,000 state grant that will be used to turn the old Gill Memorial Hospital building on South Jefferson Street downtown into a facility intended to foster growth of early stage technology companies in Southwest Virginia.

The money, part of $2.3 million in statewide industrial revitalization funding, also unlocks a land deal needed for Carilion Clinic’s plans to expand its Roanoke Memorial Hospital with a 15-story building that will house 500,000 square feet of hospital space and a parking garage.

The Gill Memorial building itself will be managed by the Roanoke-Blacksburg Innovation Network, a nonprofit focused on the development of the region’s technology sector.

Gov. Terry McAuliffe, who announced the grant during an event Monday at the nearby Patrick Henry, said the state is trying its best to keep Roanoke’s economy afloat.

In an interview afterward, McAuliffe referred to the negative impact of Norfolk Southern Corp.’s plans to take 500 jobs out of downtown Roanoke.

“It sends a very strong message,” the governor said about the grant. “We’re working very hard to try to keep as many jobs as we can.”

McAuliffe said the state is currently working on initiatives to soften the impact of Norfolk Southern’s upcoming move.

While the city has announced that the Gill Memorial building will become a technology accelerator, the people who will run the facility said Monday morning that the space’s exact function still needs to be fleshed out.

Jonathan Whitt, the RBIN’s executive director, said the exact number of companies that will typically occupy the Gill Memorial building won’t be known for at least another year.

“What it means for the region is that it’s another example of how we’re pulling together to support” local businesses, he said. “The goal for us is to help somewhere between three to five annually that wouldn’t [normally] stay here.”

Whitt was referring to how some tech companies founded in Blacksburg in recent years have left the region for other tech hotspots to expand their businesses. He said the RBIN wants to keep or attract more promising tech firms in Southwest Virginia to help spur economic growth for the region.

Whitt made a specific reference to two Blacksburg-founded firms that were accepted into top accelerator programs in Texas. One of them, online lawn care contracting company Lawnstarter, permanently relocated to Austin, Texas, after the program.

Aside from the Virginia Tech Corporate Research Center, which has long been a home to many kinds of small tech firms, some free shared workspaces have sprouted in Blacksburg in recent years in an effort to give aspiring entrepreneurs a launchpad. Lawnstarter itself started out of the 1-year-old Blacksburg-based workspace NuSpark.

Although much less intensive than accelerators, the workspaces have given hopeful entrepreneurs, many of them Virginia Tech students and graduates, a spot to iron out their ideas.

Roanoke City Manager Chris Morrill said another function he hopes to see from the transformation of the Gill Memorial building into a tech center is better retention of the region’s young adults. Compared with many spots around the country, Southwest Virginia has a pretty high concentration of college students that the region needs to continue persuading to stay, he said.

Roanoke city leaders see the grant as another key contribution to ongoing efforts to revitalize downtown.

Those efforts include the upgrading of the Elm Avenue and Interstate 581 interchange, renovation of the downtown library, revitalization of the former Patrick Henry Hotel and the improvements to Elmwood Park, said Roanoke Mayor David Bowers.

“The regional business accelerator is another important step in our strategy to build a more diverse and resilient economy,” Morrill said.

Now, what’s next for the Roanoke Memorial Hospital land deal between the city and Carilion?

The Roanoke Planning Commission will hold a hearing April 13 to consider a joint request by Carilion Clinic and the Western Virginia Water Authority, which currently owns more than 27 acres off Jefferson Street. Under the proposal, the authority would retain most of the land, and Carilion would pay fair market value for 2 acres that include the tennis courts. The land is zoned for recreation and open spaces.

The difference in value between the old Gill Memorial Hospital and the former Navy Reserve buildings would address the cost of building the replacement tennis courts.

Chris Turnbull, a Carilion spokesman, said Monday that the clinic has yet to determine its plans for the former Navy Reserve building.

Roanoke Memorial consists of six towers and buildings. The oldest, the North Tower, was built in 1925, and the newest are the five-story Mountain Tower, built in 2003, and the five stories added to the then-10-story South Tower in 2007.