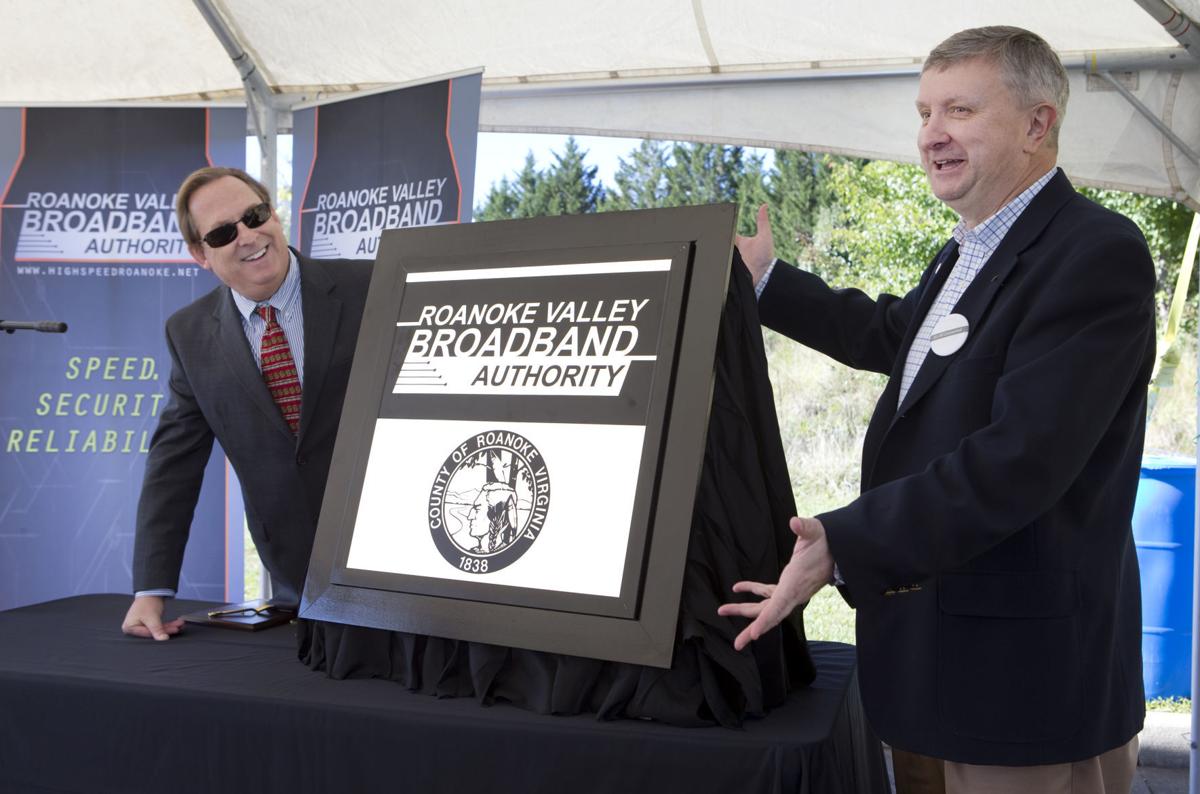 Joe McNamara (left), then chairman of Roanoke County’s board of supervisors, and Frank Smith (right), RVBA president and CEO, celebrate the launch of the new broadband network in Roanoke County last year. 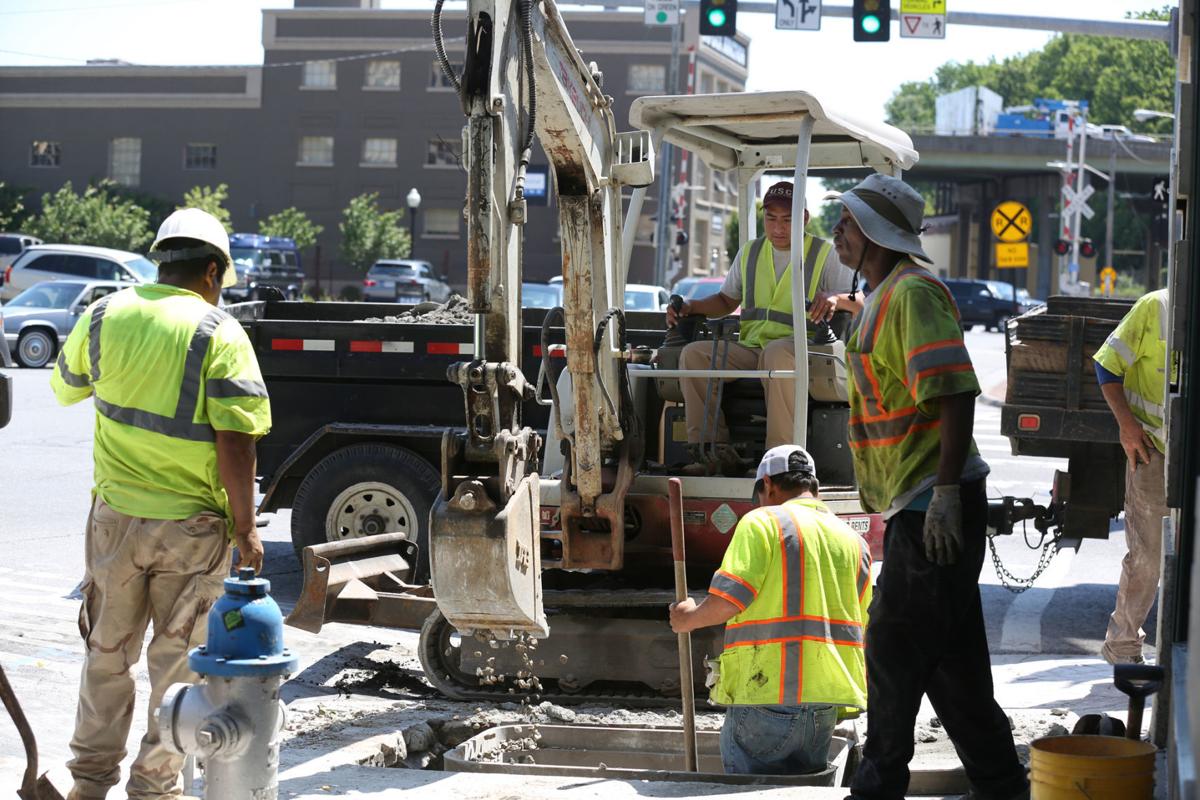 Workers finish work on an underground broadband fiber optic line in downtown Roanoke as part of an expansion by the Roanoke Valley Broadband Authority. The RVBA continues to expand with bipartisan political support and local government financing. 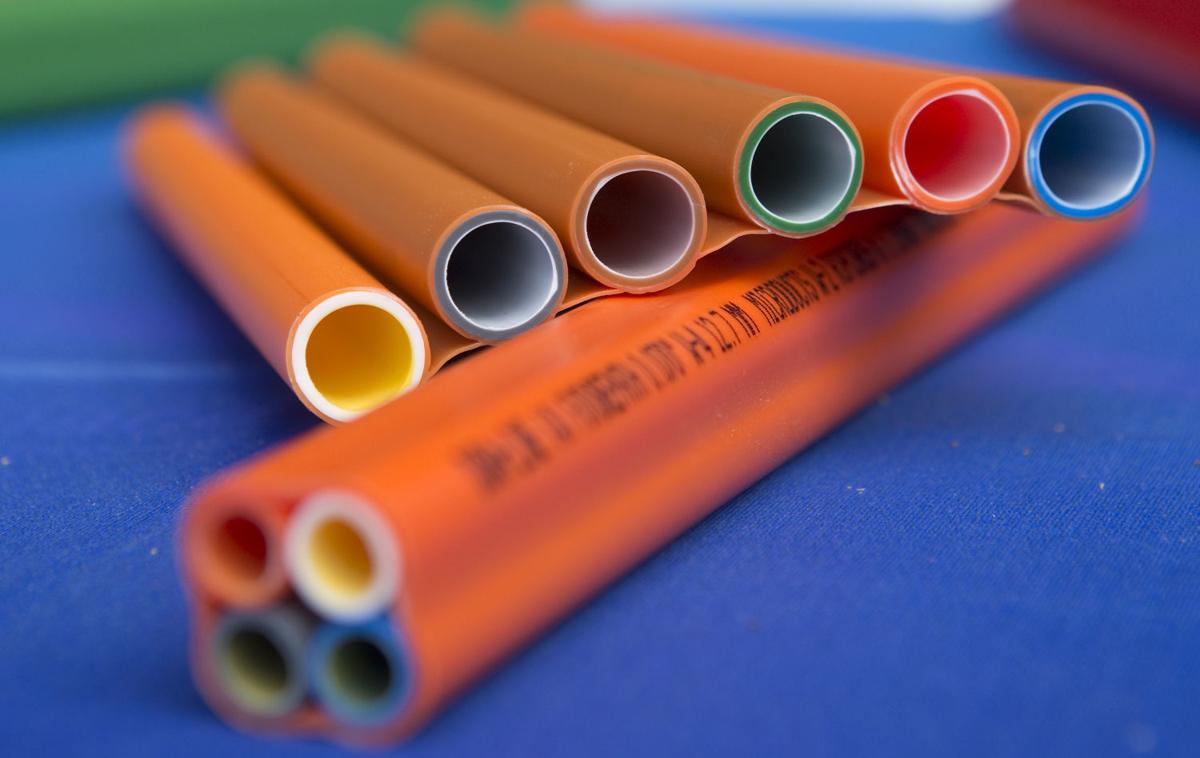 Joe McNamara (left), then chairman of Roanoke County’s board of supervisors, and Frank Smith (right), RVBA president and CEO, celebrate the launch of the new broadband network in Roanoke County last year.

Workers finish work on an underground broadband fiber optic line in downtown Roanoke as part of an expansion by the Roanoke Valley Broadband Authority. The RVBA continues to expand with bipartisan political support and local government financing.

Joe McNamara is heading to the Virginia House of Delegates with the promises of a red-blooded Republican, from reining in spending to avoiding tax increases.

But the former Roanoke County supervisor is also a supporter of municipal broadband, where taxpayer funds are used to subsidize a government-owned internet service provider that competes directly with private companies like Comcast and Verizon.

An adviser raised the question when McNamara was running for his past Roanoke County board seat several years ago: Would his stance on municipal broadband turn into a political liability or a knock on his conservative, small-government-endorsing credentials?

But McNamara knew his constituents well.

Maybe people in Northern Virginia — who live where connection speeds are faster — wouldn’t understand the need, he said during an interview before his Nov. 6 election to the state House. “But down here, people get it.”

“It’s definitely, definitely something that whether you’re a Republican, Democrat, independent it really makes no difference,” McNamara said. “Everybody kind of has coalesced behind the need really to view broadband as another utility.”

While far from a settled debate, McNamara’s stance is the latest example of how the municipal broadband discussion no longer abides by traditional political boundaries.

When the Roanoke Valley Broadband Authority first launched in 2013, McNamara and his more conservative colleagues on the Roanoke County Board of Supervisors were hesitant to get behind the effort to lay miles of fiber-optic cables around Roanoke and Salem cities and Roanoke and Botetourt counties.

The cities moved quickly. Roanoke County eventually decided to fund its own fiber build-out, but only after years of debate.

“Initially, I was a bit reluctant of government entering into the private sector space to some degree,” McNamara said. “As we’ve seen it rolled out, it was clearly the right decision.”

In all his time traveling on the campaign trail, McNamara said he hasn’t heard a single complaint for his vote in favor of government involvement in the internet marketplace.

Al Bedrosian, who used to sit with McNamara on the county board of supervisors, was a vocal opponent of the RVBA in 2013 and is unwavering today.

He argues the government should not be competing with the private sector, building fiber networks and offering internet services directly to customers.

But even he acknowledges he now stands virtually alone in opposition of the region’s growing municipal broadband network.

Something changed with his once like-minded peers, possibly because of outside influences, Bedrosian believes.

Whatever the cause, the paradigm shift is clear.

Especially in Southwest Virginia, where internet access is often problematic , government-backed internet is turning into a bipartisan issue. Some support locality-owned networks, others are in favor of taxpayer-funded subsidies. But few now believe the government should stay out of the internet business.

Roanoke County, which questioned whether the RVBA was a proper use of taxpayer funds in 2013, has since funded a network extension.

Franklin County has formed its own broadband authority and is considering its options.

Botetourt County, which also balked at the idea when the RVBA began five years ago, recently conducted a survey in which residents were asked if they felt county officials should make improving broadband coverage a priority over the next two years.

The overwhelming answer was yes, with more than 78 percent of responses.

“So that should give you a little bit of an indication,” Botetourt County Administrator Gary Larrowe said. “In reality, I don’t think the subscriber really cares where it comes from.”

Carter Turner, McNamara’s Democratic unsuccessful opponent in the 8th House District special election earlier this month, was surprised by McNamara’s municipal broadband endorsement. The two candidates stood at opposite ends of the political spectrum, but sounded similar when they talked about how their stances on the issue evolved.

Both said they were skeptical of municipal broadband 10 years ago, but today see government-backed internet as a good way of ensuring that Southwest Virginia isn’t left behind on the side of the information superhighway.

“When any board of supervisors is told we can’t come to your county because you don’t have the kind of high-speed internet we need, it is no longer a partisan issue,” Del. Sam Rasoul, D-Roanoke, said. “It’s clearly an issue of necessity.”

When Del. Kathy Byron, R-Bedford, proposed a bill in 2017 that municipal broadband advocates feared would limit where public networks could be built, Rasoul voted against the legislation.

The bill was eventually watered down and passed with a mix of votes from both sides of the aisle.

“It’s clearly not a Republican-Democrat issue. I talk with many Republicans who feel we need to do more,” Rasoul said. “It becomes difficult, many times, to come to objective conclusions when there’s so much money being poured into campaigns from different sources, which include the cable industry.”

Del. Chris Hurst, D-Blacksburg, meanwhile, is not a vocal supporter of municipal broadband. He does want to see public funds used to help expand internet access all around the state, but he believes a partnership between government and traditional internet service providers is the best route.

Instead of municipality-owned and operated networks, Hurst wants to see the state subsidize infrastructure investments for existing providers. Right now, he says the profit model of investing in rural markets just doesn’t make sense for industry giants like Shentel and Cox. But subsidies can fix that, he said.

“I think we need to work with them [traditional internet providers] and figure out a way where we can make the money work and not necessarily have municipalities get into the telecommunications business,” Hurst said. “Because I think we already have a lot of businesses around the commonwealth that are very qualified and able to do that job.”

A 2017 Pew Research Center survey showed bipartisan support for municipal broadband nationwide, with 74 percent of left-leaning respondents and 67 percent of right-leaning agreeing that local governments should be allowed to build their own high-speed networks.

Frank Smith, RVBA president and CEO , credits at least part of the changing views around Roanoke to the early success of his organization.

The RVBA was built on the idea that the Roanoke region was not large enough to attract broadband investment from typical internet service providers. So it was at risk of falling behind.

If local governments banded together, they might be able to build their own network and stir up the market by creating more competition, lowering prices and increasing speeds.

The RVBA, its creators envisioned, could help with economic development and would eventually pay for itself with service revenues.

Now, as the once-controversial group turns five years old, a bevy of elected officials say it has delivered on those promises.

The organization has more than 80 miles of fiber in the ground, and paying business customers include GE Digital and Virginia Western Community College. The network has attracted at least one new internet service provider to the region, as Virginia Beach-based ABS Technology is using RVBA’s fiber to serve residential customers at a downtown Roanoke apartment building.

When Roanoke County schools renewed its broadband contract, the cost was significantly lower than in the past, according to McNamara.

When Eldor Corp. decided to build a $75 million manufacturing facility in Botetourt County, the locality was contractually obligated to get high-speed internet to the site. Other options didn’t work out, so the county turned to the RVBA. The authority jumped through hoops to lay about one mile of fiber in a matter of weeks, getting the site online and keeping Eldor happy.

In other words, the RVBA “saved the day,” Larrowe said.

“We would have done whatever it would have taken to make it happen, however we found a very reasonable way to solve the problem,” he added. “And that was using RVBA.”

Botetourt County has not funded a n extension of the RVBA network deeper into the county. But it has hired a part-time consultant to examine the options, which could include municipal networks or public-private partnership projects.

On the financial side , the RVBA says it’s on pace to virtually break even by 2022, as promised.

While the organization is five years old, Smith stresses that the network has only been up and running for three years.

“This was a business-led, Republican-led, in some cases, initiative because this is about our own infrastructure,” Rasoul said of the RVBA. “Many businesses could get by with DSL or slow broadband. The industries of the future clearly need very high-speed internet that’s reliable and layers of redundancy.”